From 30 June – 3 July 2015, the Australia and New Zealand American Studies Association (ANZASA) held their biennial conference at Monash University, Melbourne.  The review is organised into two parts. You can read part one here.

In August 1964, the first Australia and New Zealand American Studies Association Conference was held at The University of Melbourne. When ANZASA returned to another Melbourne university this year it did not provide a stipulated theme. However, two repeated areas of interest emerged. The first was a consideration of race and discrimination in America. The second was a desire to continue the historical project of de-exceptionalising America by placing the United States in the context of the wider world. 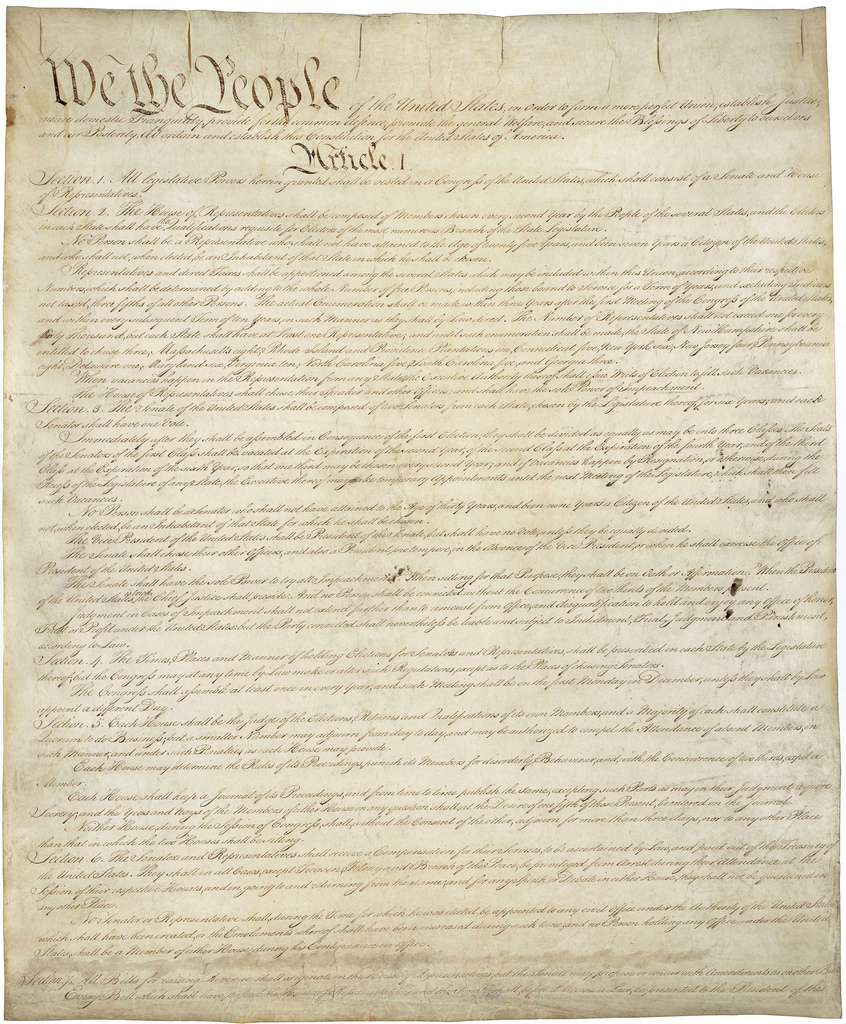 This was evident in all four keynote presentations. In, ‘Nazism on the American Screen, 1933-1939’, Thomas Doherty (Brandeis University) discussed the very few images Americans were presented of Nazism in film and newsreels in the decade prior to World War II.  Using a different definition of ‘war’, David Goodman (The University of Melbourne), focused on ‘America’s War on Fortune Telling’. He emphasised how intolerance for folk belief transcends national borders, seeking to situate the American experience of fortune telling relative to other nations. Jennifer Nez Denetdale (University of New Mexico) took the notion of transnationalism further by drawing connections across the common historical experiences of indigenous peoples worldwide in, ‘The Relevance of Critical Indigenous to American Studies: From ‘Culture’ to Empire’.  A productive summary of the themes across all keynotes came in the discussion following Matthew Pratt Guterl’s lecture (Brown University) on,  ‘Fakes, Con-Artists, Hustlers, and the American Century’. Placing America in a global sphere, he observed how passing across racial, gender, and class lines is common to both national and international histories.

The interest in situating the United States amongst other nations influenced many panels. Specifically, the very notion of defining the ‘American’ was considered in  ‘Who are ‘We the People’?’ Seeking to analyse different aspects of the same quotation from the U.S. Constitution, papers took a number of approaches. Marigold Black (The University of Sydney) analysed how the 1756 Stamp Act impelled John Adams to call colonists ‘Americans in principle’ at the First Continental Congress of 1774.  In her discussion of the Pan-African Congress of 1919, Sarah Dunstan (The University of Sydney) considered who were ‘Americans in practice?’ by emphasising the competing allegiance between nation and African identity across the black diaspora. Gabrielle Kemmis (The University of Sydney) rephrased Dunstan’s question by asking who were ‘Americans in perception’ in the context of the Cold War, whereupon the primacy the U.S. government placed on psychology was situated as a response to the perceived psychological proficiency of the Soviet Union.

A selection of other papers sought to deconstruct American exceptionalism by looking toward social reform in other nations. Ian Tyrell (University of New South Wales) linked Australian and American exceptionalism by drawing on the writings of Victor S. Clarke, an American government official whose analysis of antipodean labour movements spawned a literature based on transnational examples and comparative examination. Aspects of Tyrell’s analysis echoed through other discussions about social movements. Particularly, there were similarities with my own paper on the racially exclusionary cartoons associated with early-twentieth-century women’s suffrage in the United States and those in Australia and New Zealand.

This transnational impetus continued in research based on social movements, culture, and literature. Larissa Limberis (Monash University) discussed Jewish semiotics in Saul Bellow’s novel, Henderson the Rain King (1959). With reference to Oz magazine, Andrew Hannon (Yale University) discussed how ‘hippie’ was a ‘transnational identity’ during the 1960s and 1970s. Continuing approaches to identity, Rebecca Sheehan (United States Studies Centre) considered the difference between reading and meeting an individual in relation to Marabel Morgan’s advocacy of the ‘cult of total womanhood’ in The Total Woman (1973). The expression of immigrant Chicana identities in literature was addressed by both Ella Maeve (Monash University) and Shimon de Valencia (The University of Queensland). Complimenting each other, their papers applied transnationalism to The House on Mango Street (1984), and the way Jose Rodriguez wove Chicano history and culture into theatre in New Mexico. 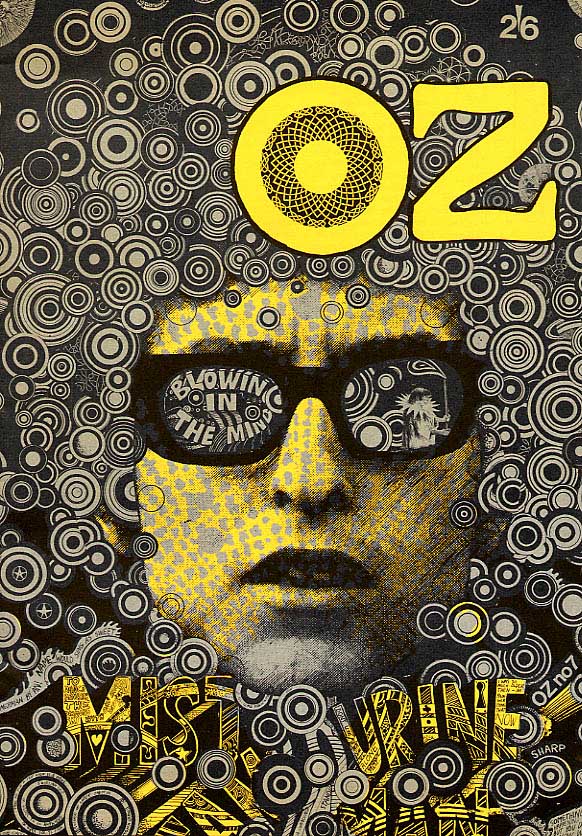 The exploration of America in a global context extended to research relating to society and politics. Many of the social scientists Shane Steven Smits (The University of Melbourne) discussed in his examination of shifting perceptions of love during the 1950s and 1960s were situated as part of the European diaspora. Nicholas Ferns (Monash University) analysed Australia’s political responses to modernisation theory with reference to the Tennessee Valley Authority, the Snowy Mountains Scheme, and the proposed – but not completed – Mekong River project in Vietnam. Shifting to the legacy of the Vietnam War, Mia Hobbs (The University of Melbourne) outlined the differing reasons American veterans have returned to Vietnam in increasing numbers since the 1990s.

Discussions of American artistic and cultural production also attempted to transcend national boundaries. Both Robert Vidas (Monash University) and Felicity Chaplin (Monash University) attempted to examine the influence of French culture on America. Vidas considered the way classical myth and French art deco shaped the artwork adorning the Rockefeller Centre, whilst Chaplin reflected upon the imagining of the French Riviera in American films. The discussion following Clare Corbould’s (Monash University) analysis of fan responses to Roots (1977) emphasised the importance of a future project that considered international responses to the series. Bringing the discussion into the present, Galina Hanley (LeHigh University) emphasised the role of “authenticity” in consumer responses to the Australia-inspired restaurant chain, Outback Jacks.

A number of panels and papers I could not attend continued aspects of this discussion. ‘Radicalists and Activists in America’, featuring Jessica Connor (Australian Catholic University), Nick Fischer (Monash University), and Ethan Blue (The University of Western Australia), promised to look beyond the nation in regard to the activism of Desmond Tutu, anti-communist Jacob Spolansky, and the history of deportation in the United States. Additionally, this thematic interest was particularly important for research relating to the U.S. military. Specifically, the significance of African American front line military service in the Pacific during World War II was discussed alongside an analysis of the politics of civilian casualties in Iraq and Afghanistan with reference to U.S. counterinsurgency strategies.

Following my attendance at ANZASA in 2012, 2014, and now 2015, it is my anecdotal observation that Monash welcomed the greatest number of international visitors in recent memory. Delegates came from across the United States, Canada, England, Qatar, Singapore, and Malaysia. This in itself worked to create a truly transnational conversation about American studies.

Ana Stevenson is a Postdoctoral Research Fellow in the International Studies Group at the University of the Free State, South Africa. Her research interests include women’s history, transnational women’s suffrage, and the development of feminist rhetoric in social movements. Between 2014 and 2015, she was a Visiting Scholar in the Gender, Sexuality, and Women’s Studies Program at the University of Pittsburgh. Ana is part of the Lilith Editorial Collective, which produces the Australian Women’s History Network’s Lilith: A Feminist History Journal.
View all posts by Ana Stevenson →
Tagged  C20, C21, Civil Rights, Contemporary Fiction, Cultural History, Film, Media, Popular Culture, Race.
Bookmark the permalink.