The Network of American Periodical Studies (NAPS) was recently formed by Sue Currell and Victoria Bazin, and aims to bring together scholars working on American periodicals from any historical period. Hosted by the Eccles Centre for American Studies at the British Library—and supported by the British Association for American Studies, Northumbria University, and the University of Sussex—‘American into Periodical Studies’ constituted the inaugural NAPS symposium. The growing field of periodical studies is said to be characterised as interdisciplinary, engaging with literary, historical, political, and journalistic approaches and perspectives. On the day itself, the crossover appeal of periodicals was reflected in the varied research interests and approaches of the presenters and attendees. This aspect of the field is noted by Sean Latham and Robert Scholes in their seminal 2006 article, ‘The Rise of Periodical Studies’, referenced on numerous occasions throughout the day. 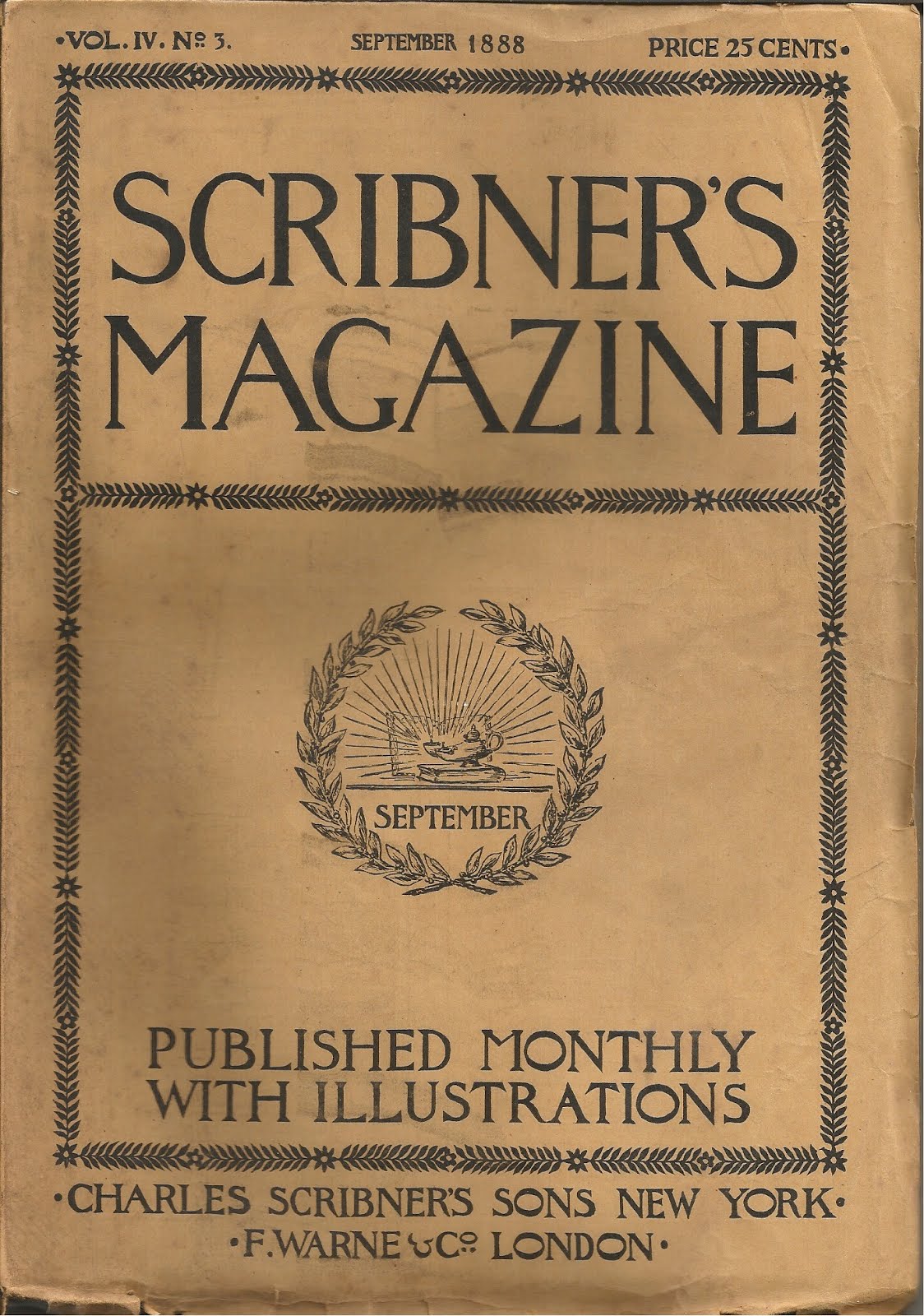 Discussions in the second panel incluinformers of Scribner’s Magazine

Yet, as Victoria Bazin (Northumbria University) mentioned in her welcome, Latham and Scholes’ article presupposes an inherent ‘newness’ of the field. This is somewhat misleading, as Victorian and nineteenth-century researchers have been dedicating significant scholarly attention to magazines and ephemera for some time. It is a notion also raised by Maria DiCenzo in her article, ‘Remediating the Past: Doing “Periodical Studies” in the Digital Era’, recently published in a special issue of English Studies in Canada, ‘Magazines and/as Media’ (2015). Drawing on this work, Bazin stated that there is a significant overlap but little interaction between scholars from different disciplines within the field. Thus, the aims of the day were clearly set out: to draw and expand on the valuable existing work on periodicals; to build networks between scholars; and to increase the overlap and reduce repetition in periodical studies, particularly in the context of America.

The first panel of the day served as an appropriate introduction to the breadth of periodical studies in an American context. All of the papers stressed the importance of seriality and continuity for the periodical form. They provided an examination of different periodicals, time periods, and perspectives. Matthew Shaw’s (British Library) focus on the shifting materiality of the periodical, from the eighteenth century to the digital age, complemented the later discussion of distribution in relation to the study of nineteenth-century magazines (Matthew Pethers, University of Nottingham). An insight into the range of material and approaches available to scholars of American periodical, was then continued further by Jean-Phillipe Warren’s (Concordia University) examination of French-American periodicals and the role of the ‘ethnic press’. This wide – yet correlative – trio of papers set the tone for the panels which followed.

Discussions in the second panel, ‘Highbrow/Lowbrow/Genteel/Kitsch: Magazines and Cultural Values’, extended in focus from the friendship groups which informed Scribner’s Magazine in the Gilded Age (Janet Floyd), to Nabokov’s publications in Playboy (Joanne O’Leary), to the representation of modern art in Time and Life (Christine Bianco). Each paper engaged with notions of editorial decision-making and influence, but also with the concept of the magazine as a multi-vocal collaborative text. This variation continued in the third panel on ‘Black Print Cultures’, which included explorations of little magazines, mass magazines, and newspapers, linking well to the notions of cultural value expressed in the previous panel. The papers encouraged discussion of the periodical as an artistic and political medium which, at times, facilitated expression of marginalised voices and identities. They pivoted on an engagement with specific models and figures, including an examination of Langston Hughes’s work in the context of periodical print culture (Eric White, Oxford Brookes), an employment of Critical Media Studies to explore the role of the college press in the construction of identities (Utankwa Allen, Harvard University), and a drawing on book history and print culture to consider Ebony magazine and the Johnson Book Division (James West, Manchester University). While all of these papers were notably diverse, each panel generated considerable dialogue between presenters themselves and the wider audience of delegates, emphasising and addressing the ‘considerable overlap’ mentioned in the day’s introduction. 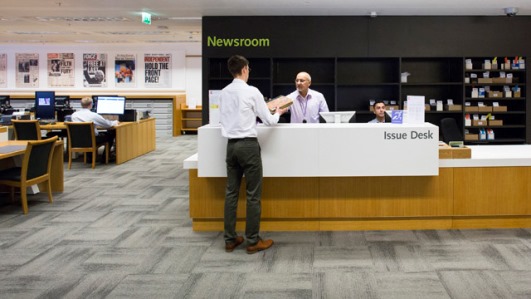 These traditional three-paper panels were accompanied by two slightly more unusual sessions; a British Library periodicals workshop, and a research roundtable. The workshop, coordinated by Cara Rodway and Jean Petrovic, included a tour of the British Library’s Newsroom and discussion of the library’s periodical collections. While the majority of attendees make frequent use of the British Library’s extensive periodical collections, many were unaware of the extensive electronic databases available (http://www.bl.uk/eresources/main.shtml). The inclusion of this session offered an opportunity for participants to discuss the collections with library staff, providing extremely helpful advice and information. The research roundtable was similarly beneficial, with participants outlining their current projects before brief questions and discussion. This format worked very well, resulting in genuine questions, supportive suggestions, and expressions of interest. In terms of building networks between researchers, this was perhaps one of the most beneficial elements of the symposium.

Rounding off the event was the keynote paper from Faye Hammill (University of Strathclyde), ‘Reading Society Magazines’. Returning to Latham and Scholes notion of the magazine as an ‘autonomous object of study’, Hammill’s paper focused on the magazine as genre, engaged in cross-national readings between America, Canada, and Britain, and argued for ‘taking magazines on their own terms, rather than through the lens of modernism’. Titles including Mayfair, Vogue, Vanity Fair and Tatler were said to be contained in the liminal category of ‘Society Magazines’, which she argued are elite in class but with a format more akin to mass-market magazines. Hammill’s discussion engaged with a somewhat surprising number of the day’s papers, again emphasising Bazin’s assertions regarding the overlap in work and the opportunities it affords.

This symposium demonstrated the current interest in American periodical studies, attracting presenters from Canada, America and as far as Australia, generating thorough discussion, and enabling connections between a diverse group of researchers. The day was particularly successful insofar as it raised further questions regarding what constitutes periodical studies, and more specifically, American periodical studies. Victoria Bazin and Sue Currell (coordinators of NAPS) expressed their intention to organise future events through the network, and urged attendees to get in touch with any ideas, which many should be encouraged to do. Measuring the symposium at its close against the aims set at the start, the value of its contribution to this growing field is readily apparent. The event confirmed the timeliness of the creation of NAPS and the possibilities for future events, collaborations, and research based on an American periodical studies.