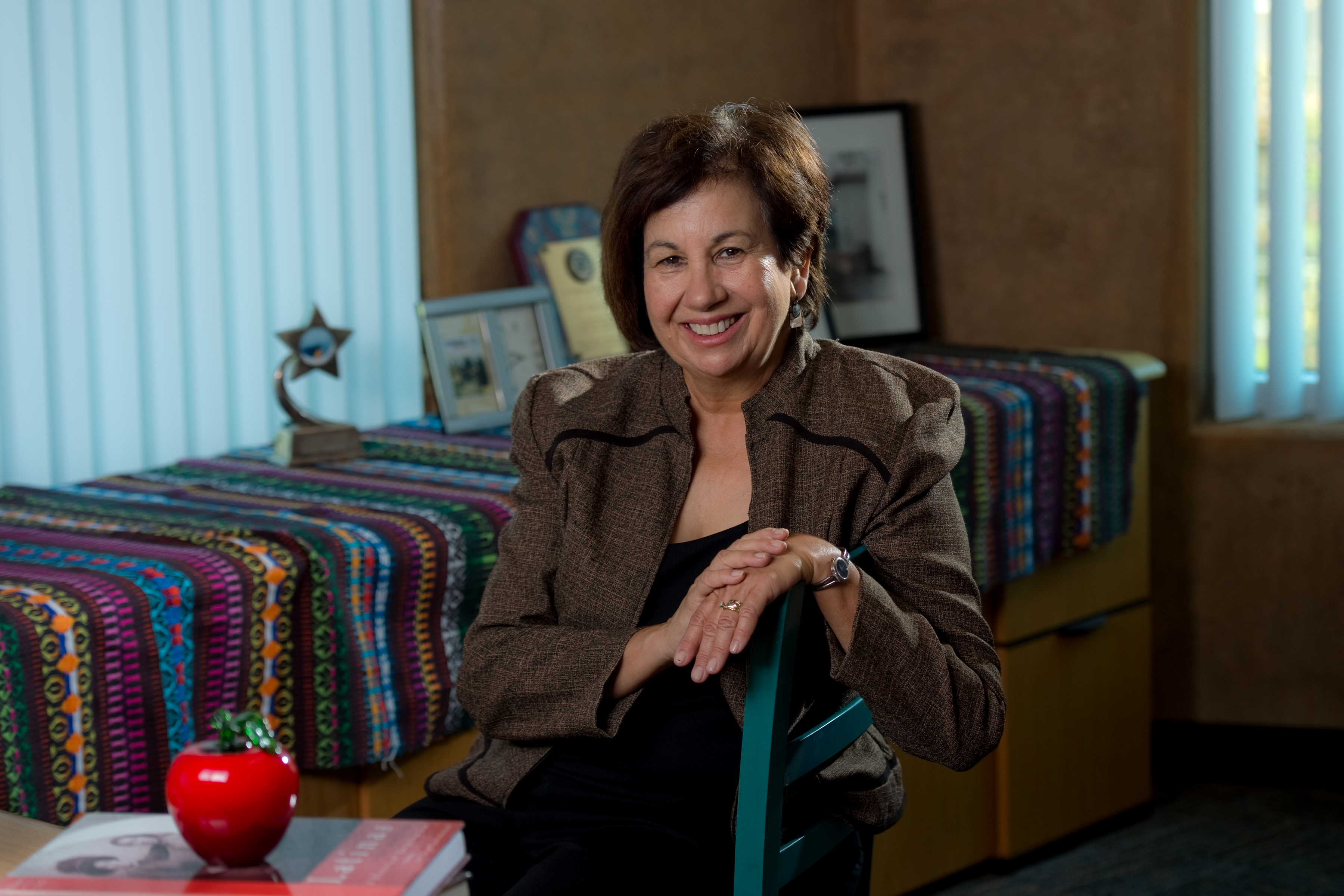 The AHA Presidential Address by Vicki L. Ruiz (University of California, Irvine) entitled, ‘Class Acts: Latina Feminist Traditions, 1900-1930’, challenged the dominant historiographical genealogy of Latina feminism, which typically focuses on seventeenth-century Mexican women poets and then jumps to the 1970s Chicana movement. Instead, Ruiz explored the work of two key early-twentieth-century Latina labour activists: Puerto Rican Luisa Capetillo and Guatemalan Luisa Moreno (born Rosa López Rodríguez). Even though these women never met, their activities intersected in important ways. For Ruiz, Capetillo and Moreno came to their meaning of feminism within a Latin American context, but situated their activism through ‘transnational feminist imaginaries’ that drew on ideas from Europe, the United States, and Latin America.

These conceptual threads continued across the conference, as demonstrated by the theoretical panel ‘Yet Another Effort, Historians, If You Would Become Transnational: Critical Perspectives from within Transnational History’. As Brian Collony (Institute for Advanced Study) suggested, historians might think about transnationalism not as a descriptor, but as a form of critique where overlapping scales – national, personal, intimate – become the most telling and unsettling. Paul Kramer (Vanderbilt University) argued instead for “transnational history” to be thought of as a verb: as something the researcher does to their research to formulate a history attuned to inequality. Vanessa Ogle (University of Pennsylvania) took a wider approach, illuminating the problems of undertaking transnational research, especially in terms of the restrictions women researchers can face when travelling to some parts of the globe.

Other panels used some of these threads to formulate new perspectives on slavery in the Americas. ‘Matrimony on the Margins: Migrants, Marriage, and the Making of the Atlantic World’ demonstrated how the enslaved used pre-existing social, cultural, and legal institutions for their own benefit. This involved considering how marriage and chattel slavery operated for African and indigenous peoples in early Dutch Brazil (Deborah Hamer, Omohundro Institute of Early American History and Culture), and arguing that enslaved Africans gained a measure of social advantage by undertaking marriage and baptism in the seventeenth-century Dutch colony of New Amsterdam on Manhattan Island (Andrea Catharina Mosterman, University of New Orleans). Similarly, Jared Hardesty (Western Washington University) observed the greater legal and familial opportunities afforded African American men who married Native American women in colonial Massachusetts. 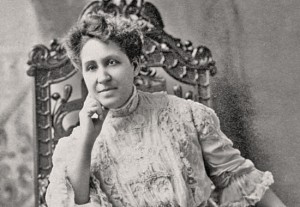 Mary Church Terrell was reconsidered in light of her European Activism

Britta Waldschmidt-Nelson (German Historical Institute), the panel chair of, ‘Sisters Unite!” Transnational Women’s Rights and Social Justice Activism in the Long Nineteenth Century’, made a point of emphasising that transnational histories of women’s rights and women’s movements usually focus on the early twentieth century. The panel marked a divergence away from this, seeking to demonstrate the importance of earlier connections. Papers focused on different figures of these movements. From a reconsideration of Mary Church Terrell through the lens of her European activist endeavours (Noaquia N. Callahan, University of Iowa), to the transatlantic work that Dorothea Dix undertook toward the humane treatment of mental health patients prior to her more famous efforts during the Civil War (Sonya Michel, University of Maryland at College Park).

The experiences of women of colour in the twentieth century was also of interest. The panel ‘Gendering the Trans-Pacific World: Diaspora, Empire, and Race’ raised some interesting questions, including, as panel chair Natsuki Aruga (Saitama University) asked, whether gender history and transnationalism stem rhetorically and conceptually from multiculturalism as an analytical category. This was a question that linked together all of the papers, which considered not only the shifting perceptions of Asian Americans in the United States (Karen J. Leong, Arizona State University), but also the existence of a fundamental disconnect between New England gender codes and the case of the late-nineteenth-century civilising mission in Hawaii (Rumi Yasutake, Konan University). These specific analyses complimented Je-Yeon Yuh’s (Northwestern University) suggestion that Korean diaspora history needs to incorporate women’s forced and voluntary migration, and enabled Mary T. Lui’s (Yale University) consideration of how mixed-race Filipino Olympian Vicki Manalo Draves could be used to understand gendered and racialised bodies as they move across different national contexts.

Questions of exploitative colonial labour occupied the panel, ‘Empire and Labour in the Pacific’. Papers considered a range of site-specific examples, including the resistance and cross-racial solidarity borne of plantation life for Melanesian workers in colonial Samoa (Holger Droessler, Harvard University), and the case of the Grand Pacific Hotel, established in Suva, Fiji in 1914 as a key port on the Canadian Australasian Line (Frances Steele, University of Wollongong). Allan Lumba’s (University of Washington Seattle) notion of how transient Filipino bodies created antagonisms in the United States between the world wars was complimented by Colleen Woods’s (University of Maryland at College Park) illustration of the problem of labour on US military bases following World War II. 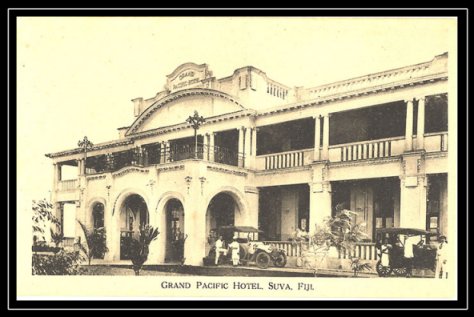 ‘National Biography in a Transnational Age’ brought together editors from four dictionaries of biography. David N. Cannadine (Princeton University) discussed the role of the global in the Oxford Dictionary of Biography. Susan Ware (American National Biography Online) used the example of women’s suffrage to demonstrate the truly transnational reach of women’s history. Moving to Australia and New Zealand, Melanie Nolan (Australian National University) reflected on the difficulties of integrating national histories into dictionary format in spite of geographic proximity. David Alexander Wilson (University of Toronto) discussed the importance and prevalence of Irish migration in the Dictionary of Canadian Biography/Dictionnaire biographique du Canada.

There was also a strong digital history presence throughout the conference. The ‘Getting Started in Digital History’ workshop hosted an important discussion surrounding the significance of big data for the humanities. Alan G. Pike (Emory University) helped define big data for historians, quoting Ian Milligan to describe the phenomenon as “computational intervention” to help make sense of more data than an individual could “conceivably read” in a “reasonable amount of time.” Big data, while not always the best methodological approach, can enable historians to undertake completely new research and ask new questions about old data. Yet, even alongside the expansion of digital humanities, Pike reassured the audience that “big data is not going to disrupt the historical profession.” The work that historians usually do – close readings, thinking about historical context – is still an intrinsic part of the process. The three poster sessions also provided an exciting glimpse into new projects surrounding transnational history and digital history.

AHA 2016 was an exciting and bustling conference featuring a wealth of research based on a variety of national and transnational frameworks. The 2017 annual meeting to be held in Denver, Colorado, with the theme ‘Historical Scale: Linking Levels of Experience’, looks as if it may have a different tenor, but will surely be just as stimulating.

Ana Stevenson is a Postdoctoral Research Fellow in the International Studies Group at the University of the Free State, South Africa. Her research interests include women’s history, transnational women’s suffrage, and the development of feminist rhetoric in social movements. Between 2014 and 2015, she was a Visiting Scholar in the Gender, Sexuality, and Women’s Studies Program at the University of Pittsburgh. Ana is part of the Lilith Editorial Collective, which produces the Australian Women’s History Network’s Lilith: A Feminist History Journal.
View all posts by Ana Stevenson →
Tagged  C20, Cultural History, Latin America, Race, Slavery.
Bookmark the permalink.