Last Friday saw the inaugural BrANCA (British Association of Nineteenth Century Americanists) Reading Group at the John Rylands Library, University of Manchester. A small group of thirteen researchers (including a few postgraduates) from a number of UK institutions gathered in the beautiful wood-panelled Christie Gallery to deliberate ‘Archival Pleasures’. Our discussion was grounded by one primary text, The Morgesons (1862) by Elizabeth Stoddard, and four recent journal articles concerning the pleasure of the archival experience. 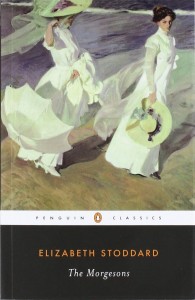 After introductions around the table, including an ‘ice-breaker’ question on our favourite thing about researching the Nineteenth Century, we started the afternoon with The Morgesons. Often cited as an example of a female bildungsroman, the novel centres on the first-person narrative of Cassandra Morgeson and traces her development from puberty to early twenties in mid-century New England. We follow Cassandra’s education, her illicit affair with her cousin Charles, the death of her mother, and her navigation of the class system. It is a densely detailed and sensory work, brimming with descriptions of clothing, food, interior decoration and Cassandra’s coastal location. An enjoyable yet strange text, the novel elicited a number of responses around the table about its ‘weirdness’, and the pleasures of that weirdness itself.

We discussed how the text’s tone and style challenges our expectations of the Nineteenth Century, with Mark Storey (Warwick) noting that the novel, as both sentimental and proto-realist, works against the sentimental/realist divide that scholars often ascribe to the antebellum/postbellum break. The group spent a lot of time talking about space in the novel, interpreting The Morgesons through a transnational lens due to its focus on sea travel and commerce, but also as an example of a transcendental consciousness found in the heroine’s deep connection with the sea. Moving to smaller spaces, we discussed the importance of bedrooms and decoration, debating whether the peculiar interior style is a sign of the Morgesons’ excessive consumerism and the novel’s textual excessiveness, and/or as a site of individuality, secrecy and pleasure for the young female characters. A little read and taught text, the session closed with J. Michelle Coghlan’s (Manchester) question of how The Morgesons would fit onto a taught course. Suggestions included reading the novel as a piece of transcendentalism, a female bildungsroman and situating it alongside its transatlantic influences.

In the break we were taken in small groups to the Bible Room, where archivist Fran Baker had selected a small number of the library’s nineteenth-century American treasures. These included an early edition of 12 Years a Slave, correspondence between Walt Whitman and readers in Bolton, and a personal scrapbook on travelling Buffalo Bill shows. I had visited the library before and seen some of the British archive, so it was really great to see a small part of the American collection and it has got me thinking about future trips. Afterwards, we took afternoon tea in the library café, generously provided by the Division of English, American Studies and Creative Writing at Manchester. There was plenty of quiche and scones to go around, much appreciated! 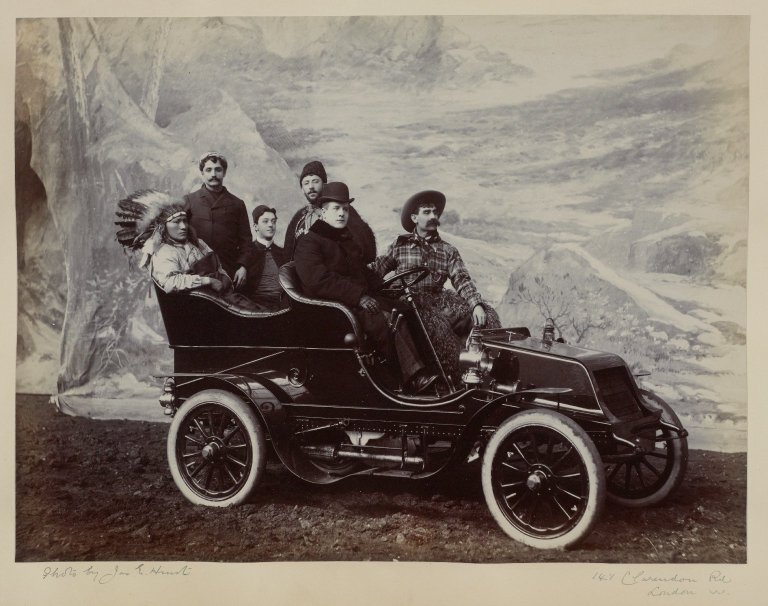 The second session in the afternoon focussed on ‘Pleasures of the Archive’ and four recent journal pieces centred around this theme. Ellen Gruber Garvey’s ‘Nineteenth-Century Abolitionists and the Databases They Created’ (Legacy, 2010) on the Grimké sisters’ American Slavery As It Is stimulated conversation on how archive work is carried out today in the digital age. The Grimkés’ scrapbooking methodology—collecting, reassembling and annotating Southern newspapers’ material on the slave trade for their abolitionist campaigns—speaks to how contemporary scholars interact with digital materials. Garvey’s article implies that we should not dismiss twenty-first century database technology as alien to scholarly work, as this ‘pick[ing] through databases for particular uses of words, for authors’ names, or for fragments of poetry’ is just a digital version of the Grimkés poring over piles of Southern newspapers. However, it was noted around the table that this type of work, looking for congruence alone in the archive, can lead researches to ‘fillet’ archives (digital or physical) in order to find pieces that agree with one another and support our research, instead of being aware of the differences between sources. Garvey’s piece was written at the beginning of the digital humanities boom; as scholars we need to evaluate the merits of surface reading and big data that digital research produces.

Following Garvey’s article, the group spent quite a while discussing the importance of the physical versus digital archive in regards to Carrie Hyde and Joseph Rezak’s piece, ‘The Aesthetics of Archival Evidence’ (J19, Spring 2014). They raise the importance of understanding the ‘aesthetics of the archive’, the need to encounter the ‘heft’ of physical material. In the group we asked does distance matter? Do we need to be able to touch and hold manuscript and original books if it is digitally available? There seems to be a ‘resonating aura’ from material text, a sensual need to have contact with the physical archive for some scholars. This sensual turn in literary studies is the last spatial turn, towards ourselves. The new nineteenth-century journal J19’s ‘Pleasure Reading’ section embraces this turn to the individual experience of reading. Christopher Looby’s ‘Sexuality, History, Difficulty, Pleasure’ (J19, Fall 2013) explores the difficulties of asynchronicity in ‘The Man Who Thought Himself a Woman’ (1857) and the pleasure derived from working through these difficulties, just as we had discussed our enjoyment of the weirdness of The Morgesons. Although we didn’t talk about Looby for long, it did raise the issue of expectations that researchers have when reading this type of article—how successful and useful to fellow scholars can short articles centered on the pleasure of reading be?

We moved onto a discussion of the merits of keyword searches versus complete reading. As Natalie Zacek (Manchester) noted, reading the entire archive or text can bring to light information that we may miss if we use keyword searches alone. I mentioned that keyword searches only find what we want to find, as we set the terms ourselves, perhaps we need to read digitised material as we would a physical novel, without these digital expectations. The group expressed a fear that digital humanities could lead to the increased pressure on academics to exist purely electronically and stressed the importance of human input whether from archivists or meeting with peers. Our final article, Britt Rusert’s ‘The Science of Freedom: Counter-Archives of Racial Science on the Antebellum Stage’ (African American Review, Fall 2012), offered the idea of ‘performative intervention’ in the archive. Is making an imaginative leap between sources and texts okay if the archives themselves are insufficient? As with any good reading group, we ultimately couldn’t reach a consensus and our conversation continued into the evening at a nearby pub.

In summary, it was a fantastic event with stimulating conversation in a small and friendly group. It reminded me of the most productive and enjoyable seminars from my Masters degree and it was great to talk about texts that we had all read. Smaller events like this are beneficial for making connections with peers across the country and I really got a sense of the flourishing C19 community within the UK. Thanks to the BrANCA committee and organisers, especially J. Michelle Coghlan, for putting together the afternoon, and to University of Manchester for the refreshments and providing myself and another postgraduate with travel bursaries. The next BrANCA reading group will take place in early November at UEA; to keep up-to-date you can follow @brancaUK on Twitter or visit www.branca.org.uk.

Dr. Hannah Lauren Murray is an early career researcher at the University of Nottingham. Her monograph in preparation examines liminal whiteness in early national and antebellum fiction.  From September, she will join the English department at King’s College London to teach Early American Studies. She sits on the Steering Committee for British Association of Nineteenth-Century Americanists (BrANCA).
View all posts by Hannah Murray →
Tagged  C19, Early America.
Bookmark the permalink.