The British Association for American Studies (BAAS) Annual Conference, hosted by the University of Hull, was an opportunity to finally meet all those Americanists that many of us initially met and got to know as bobble heads in virtual conferences over the past two years. As always, BAAS’s supportive cohort spirit was palpable, as the conference offered the panels with topics ranging from “Well-Behaved Women Seldom Make History”: Narratives of Female Activism and Fiction, Reconfiguring Childhood and Adulthood in Literature and Pop Culture to “When You’re Black in America, There’s Always a Monster”: Representing Racial Terror in African Horror Fiction. The networking opportunities provided a chance to speak with researchers, lecturers and those who have made careers outside of teaching in higher education, such as those with the university presses and the British Library. This year’s conference was a hybrid event; talks were happening multiple at the same time, and were being offered both online and in person, reaching that much wider international audience. 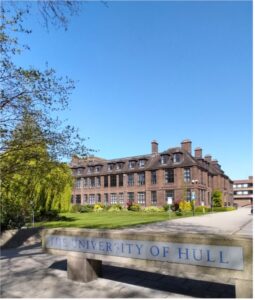 Potentially the most crucial of the workshops was hosted by the Women in American Studies Network (WASN) on Responding to Sexual Violence in Higher Education – Organisations, Initiatives, and Activism, co-hosted by Dr. Jenny Woodley (Nottingham Trent University) and Prof. Kate Dossett (University of Leeds). The delegates were Dr. Adrija Dey (SOAS, University of London’s South East Asia Institute, and co-founder of 1752 Group), Madeleine Foote (University of Oxford and co-founder of Transforming Silence) and Dr. Lydia Plath (University of Warwick and Vice-Chair of BAAS). The conversation evolved around a series of initiatives developed across HEI’s, campaign groups, activist organizations and academic associations, but the focus was on how we academics (students, ECRs as well as staff and administrative bodies) must work together to amplify work against sexual violence and misconduct within HEI’s. Dr. Jenny Woodley summarized her thoughts on the session as “sobering but inspiring and empowering,” encouraging the “need to move away from language of ‘reform’ to language of justice and safety.” 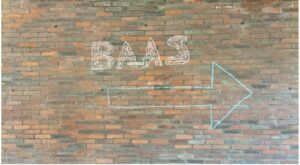 Though this session was meant to be a workshop, it turned into an insightful and welcoming hybrid of a roundtable and conversation between the speakers and attendees. It was a safe space, no photos or recording, as many shared personal experiences, asked questions and voiced support for dedication in future radical action. An example of a form of silent activism discussed was students slipping notes warning about sexual violence accusations into library books that were required reading for the particular course run by the abuser. A safe method to ensure others who would be taking the course would be aware of the potential danger and would hopefully be able to be aware in advance and make provisions against being alone with the abuser both for current and future students. There will be students after you, who, unfortunately, most likely will have to deal with the same lot of abusers in various capacities of lecturer, supervisor, examinator or member of a hiring panel, unless radical changes happen that makes use of such covert methods unnecessary.

The discussion made me think back in 2010/2011 when during my BA studies I had a meeting with a male tutor, who closed the door and sat next to me. His leg was touching mine, his hand went on my knee before I quickly moved my notebooks on my lap and spoke louder, as I knew how thin the walls were, having an office in the building myself at the time. I remember telling my colleagues about it afterwards and we awkwardly laughed it off as we monikered the man in question with a variety of “nicknames.” Back then, as Madeleine Foote also noted regarding her time as undergraduate before returning to her doctorate studies a decade later, there was no MeToo yet. Knowing of someone’s proclivities were open secrets but little was done about it. Many academics to this day are left feeling more concerned for retaliation more than they are for their own safety. All of the delegates emphasized how there have been too many young academics who switch their focus of their research to remove themselves from the influence of the abuser. Too many who have dropped out entirely from fear and frustration. Too many who cannot come forward for anxiety over potential repercussions.

One way to draw attention to sexual violence and what it costs academics, as suggested by Madeleine Foote, is to keep detailed records. This means, writing down, recording and collating all conversations and rumors where abuse is identified in a meticulous and safe way. The next step is the dissemination of these records with the relevant people in your institution (those “higher up” than you that you trust, such as supervisors). All the delegates established that this is part of the long-term movement building, thus creating an institutional memory in a form of a concrete trail with names, dates, places to be used if/when needed as part of evidence.

Dr. Adrija Dey highlighted how the Global North (such as the HEI’s in the UK[i]) is seriously lacking, with many institutions more concerned with their reputations than the safety of staff and students, and how we must learn from the radical work being done in the Global South (such as in India[ii]). Dr Lydia Plath then summarized the work being done by BAAS to protect the members at their events and beyond, and welcomed ideas and contributions that can be used in the official guidance that is currently being drafted. Importantly, it is vital to understand the responsibility for change and holding abuser liable lies not just within the HEI’s but everyone involved with them. This includes publishers, examinators, hiring panels, as well as boards of associations and funders.

Importantly, all delegates and attendees agreed that the current way of filing a complaint and starting procedure to bring the abuser to justice is convoluted and deliberately obfuscated in order to dissuade survivors from going through with the process. What is needed is more transparency and unification of process across HEI’s, such as with refusing to use Non-Disclosure Agreements[iii]. It is the individualization of the complaint process that contributes to overall lack of willingness in looking at patterns or history of abuse by one or more members of HEI, focusing on individual cases.

It is important to keep the movement against sexual violence and misconduct vocally visible and alive. Furthermore, what is needed, is “linking up with other survivors and activists via acquaintances, social media and other channels, [in order to] form an egalitarian collective which would both provide an effective support group to help victims achieve justice and prevent further sexual violence from happening,”[iv] and to prevent abusers being able to simply change institutions or roles within their current ones. The next opportunity to learn more on how to get involved or what one can do at their own institutions will be at the annual conference of HOTCUS, 22-24 June 2022 in Edinburgh, as they are planning to host a session that addresses some of these issues.

[i] See more about work being done by the 1752 Group, for example: https://1752group.com/sexual-misconduct-research-silencing-students/

[iii] For suggestions on current activism being done see examples below:

Universities against Non-Disclosure Agreement’s Pledge List (NDAs) – see if yours in on the list, and if not, what can be done to encourage/pressure them to ensure they will be; more information also on UK Government website at Department of Education.

See also the continued work of 1752 Group’s Working Paper on UK institutions and their online sexual harassment policies (or lack thereof) – as well as their incredible Resources list. Furthermore, keep up to date with North-South Feminist Dialogue’s continuous efforts and events that have recently been announced.

Aija Oksman is a PhD candidate at the University of Edinburgh. After an MLitt in Publishing (University of Stirling) and MSc (University of Edinburgh) on radical self-representation of Sojourner Truth and Frederick Douglass, her current research focuses on African American women writer’s literary and counterliterary experience with the FBI. Her research interests are interdisciplinary and intersectional with focus on women’s and other marginalised groups’ literary, cultural and socio-economical interactions and counteractions.
View all posts by Aija Oksman →
Tagged  BAAS 2022, Conference Review, Event review, Review.
Bookmark the permalink.