(Re)Constructing the Past in George Saunders’ “CivilWarLand in Bad Decline” 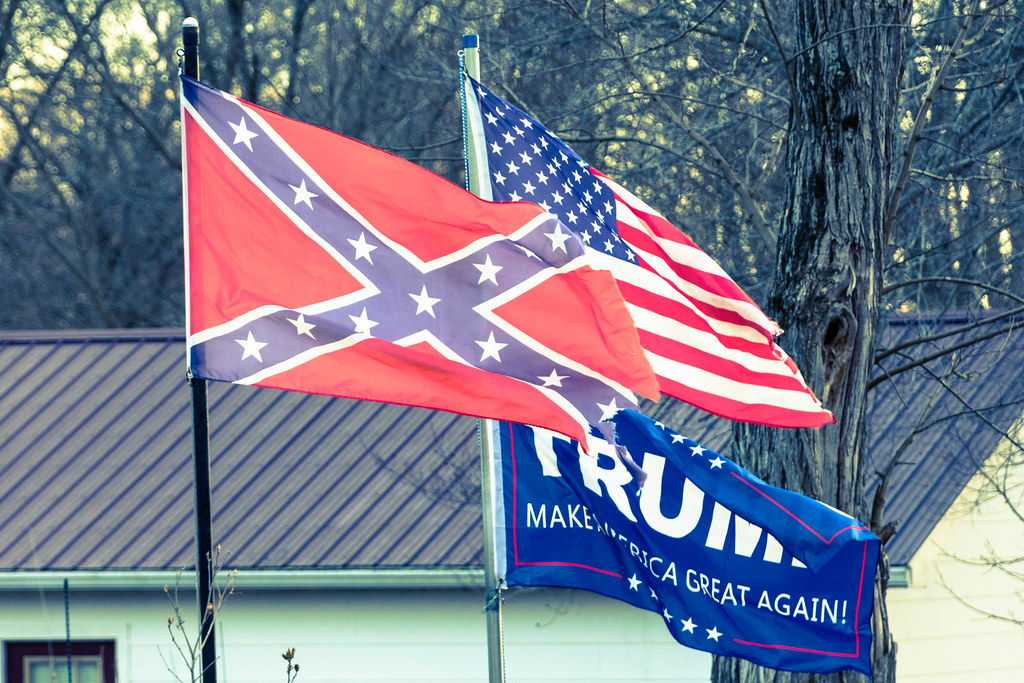 The American Civil War (1861-1865), which cleaved the country into two halves, the North and South, is known as one of the most violent, tumultuous, divisive events in American history. Yet, instead of reflecting the actual brutally violent realities of the country’s past, the war is reconstituted in America’s collective memory as a sanitised consumer product. This tension between the imagined and the actual is the catalyst for the titular story of George Saunders’ 1996 collection CivilWarLand in Bad Decline, which uses its historical theme park setting in order to draw attention to the ways history manipulates or constructs the past in a way that either obscures or valorises the violence within American history.

Jean Baudrillard’s theory of simulacrum is key to understanding how the theme park space functions. Baudrillard defines the term simulacrum as ‘ha[ving] no relation to any reality whatsoever.’[i] What this means is that no matter how accurate it may appear, a copy of an object can never truly reflect the original. Instead, it becomes its own reality or hyperreality. In relation to Baudrillard’s work on simulation, “CivilWarLand in Bad Decline” demonstrates how history can be reconstructed and capitalised on within the contemporary moment: it constantly draws attention to its own constructedness, revealing the space to be a simulation. This is heightened by Saunders’ choice to narrate the story from the perspective of the park’s Verisimilitude Inspectors, whose job is to point out all of the inaccuracies and contradictions in the park’s portrayal of the Civil War period.

By reconstructing the period around the Civil War within the theme park space, which Baudrillard describes as the ‘perfect model of all the entangled orders of simulacra,’[ii] “CivilWarLand” draws attention to the mythic way it has been misremembered in the context of American history: an inauthentic version of the past has replaced the actual. The reenactment of a Civil War battle, which closes up the theme park each evening, is a particularly interesting example of how the past is rendered through the popular retelling of American history. Saunders writes:

‘We used actual Gettysburg photos. The climax of the Patrol is a re-enacted partial rebellion, quelled by a rousing speech. After the speech the boys take off their hats and put their arms around each other and sing “I Was Born Under a Wandering Star.” Then there’s fireworks and the Parade of Old-Fashioned Conveyance. Then we clear the place out and go home.’[iii]

Moreover, the description of the battle reenactment is strikingly similar to the proposed Civil War section of Disney’s America, which was announced in 1993 and later abandoned due to protestors:

‘[Walt Disney Imagineering, the team responsible for creating new concepts for the Disney Parks], had planned a Circle-Vision 360 film to surround guests with scenes of a Civil War battlefield. The area around the fort would host period battle reenactments, and the park would stage a “thrilling nighttime spectacular” on Freedom Bay based on the historical battle between the ironclads Monitor and Merrimac.’[v]

What both of these revisions of the Civil War share is that they are ‘a cleaned-up, Astroturfed version of history.’[vi] Yet, whilst there is an earnestness to Disney’s park, Saunders’s story is imbued with satire. Saunders takes the horrifically violent events of the war and turns them into a Disneyfied, PG version of itself with fireworks replacing the bombing and gunfire of real warfare. War becomes a true spectacle.

This obscuring of the brutal realities of history is also seen again when the narrator quips, ‘We try not to offend anyone, liability law being what it is. We distribute the slave and Native American roles equitably among racial groups. Anyone is free to request a different identity at any time.’ (Saunders, p. 7). CivilWarLand is portrayed as a postracial utopia in the way it masks the fact that a large motive for the Civil War was slavery of African-Americans. However, as Bryn Stole observes in his New York Times article on Civil War reenactment societies, it is difficult to ignore the fact ‘[t]hat the battle flag Confederate re-enactors carry is still used as a means of intimidation makes it hard to defend as a purely historical object, independent of its racist implications,’[vii] most recently demonstrated by the 6 January 2021 Capitol riot, in which Donald Trump supporters stormed the White House with Confederate flags in tow. By having his narrator emphasise that the park is a place free of racial prejudices, Saunders draws attention to the racially charged violence that pervades not only American history, but also the country’s present, with the surge of interest in the Alt-Right White Supremacist movement.

“CivilWarLand in Bad Decline” provides a counter narrative to the version of history propagandised by these Alt-Right groups through its emphasis on the destruction caused by violent events such as the civil war. In order to do so, Saunders aligns with Theophilus Savvas’s view that Postmodern historical fiction often chooses to centre around marginalised figures whose stories are repeatedly forgotten by the grand narrative of American history. He argues that:

Focusing on ordinary people who are, to a greater or lesser degree, affected by an event, though who do not necessarily have a large affect upon the event itself, allows us, for the proponents of such an approach, to see specificities, and a broader range of impact of past events.[viii]

David P. Rando asserts ‘George Saunders peoples his stories with the losers of American history—the dispossessed, the oppressed, or just those whom history’s winners have walked all over on their paths to glory, fame, or terrific wealth,’[ix] and in the case of ‘CivilWarLand’, the insertion of the ghostly McKinnon family into the narrative is illustrative of this. The McKinnon family represent the lives of the everyday people living through the reality of a war-torn country. The narrator describes the McKinnons:

‘Back in the actual 1860s all this land was theirs. Their homestead’s long gone but our records indicate that it was located near present-day Information Hoedown. They probably never saw this many buildings in their entire lives. They don’t realize we’re chronically slumming, they just think the valley’s prospering’ (Saunders, pp. 8-9).

The McKinnon family provide an authentic counterpoint to the simulated environment of the park. Moreover, they illustrate the trauma that war can cause, as we learn that Mr. McKinnon is a Civil War veteran: Mrs. McKinnon tells the narrator that ‘there’s been a horrid violent seed in [her husband] since he came home from the war’ (Saunders, p. 16). Here we see that the violent reality of the Civil War and the impact it had on those implicated in the war, as represented by Mr. McKinnon, is undermined by the family-friendly, consumeristic way CivilWarLand portrays the past.

Thus, by emphazing the humanity of his characters in this way, Saunders offers a counterpoint to the dominant historical narratives that valorise violence. This deconstruction of the past allows us to view America’s current situation through a new lens. It interrogates the ideology behind the recent rise of the white supremacist movement, poking holes in the flawed rhetoric of slogans such as ‘Make America Great Again’ (popularised by former President, Donald Trump) as we see that perhaps America was never really that great to begin with.

WRAP for USSO - Serena Williams: Race, Representation and Feminism
Review: Seventeenth Annual Conference of the Scottish Association for the Study of America
"We Are Not A Virus": Challenging Asian/Asian American Racism in the 21st Century
Book review: Blue Collar Broadway: The Craft Industry of American Theater by Timothy R. White
The Afghanistan Effect: Isolationism in US Foreign Policy
The Indentured Atlantic: Bound Servitude and the Literature of American Colonization (Part Three)
My Archival Adventure as an Academic Researcher across the Atlantic
Reconstructing the American Gothic in The Chilling Adventures of Sabrina

Emma Woodhead a first year PhD student at the University of Lincoln, researching the short stories of George Saunders and his representation of the American Working Class. She specialise in contemporary American fiction, with a focus on New Sincerity writers.
View all posts by Emma Woodhead →
Tagged  America Now, Civil War, History, Literature.
Bookmark the permalink.