Re-Imagining the Blues: A Transatlantic Approach to African-American Culture

“Art may not have the power to change the course of history, but it can provide a perspective on historical events that needs to be heard, even if it’s seldom heeded.”

Popular music, as well as other cultural ‘products’, can be a fruitful source for understanding the past.  In my research, it is the blues that has provided the textual reference from which to study the American South, American, and African-American history.  But using music can come at a cost, particularly in the case of the blues. This music, tied to the Southern experience of Jim Crow segregation, the Great Depression and the Great Migrations, holds an especially seductive power to blur myth and reality. Many of those that have analysed the music as the African American folk voice, have fallen victim to romanticism, nostalgia and ‘invention.’ The blues has been dominated by representations of bluesmen as soul-selling, devil-befriending folk heroes, and as the authentic voice of black cultural expression, particularly in the interwar era. My research has been geared towards deconstructing the representation of the blues and the black South, and accounting for reasons why the music has come to be represented as it has.

To gain some credibility here, I must confess to the origins of my own fascination for the music, which began with this thirty second advert when I was a young teenager:

The sound of Chester Burnett – aka Howlin’ Wolf – living up to his name on his most famous track, ‘Smokestack Lightnin’ from 1956, joined with the image of a lonesome figure on a train travelling through America’s iconic landscape seemed to offer the possibility of something beyond the realms of a normal English upbringing.  This television clip led to me discover a world of music known as the blues, and subsequently, I learnt to play guitar, and, most importantly, it triggered an interest in African American music and culture that would be the basis of my doctoral research and academic career. The blues became the lens through which I would discover African American history and the story of the American South.

While the song on the advert represents a personal attachment to the music, it is the advert, in the entirety of its visual and sonic elements that best signifies my research interests. One only needs to watch the clip again to notice that there is something of a mismatch between the music and the images. Indeed, the music is recognisably ‘blues’. However, the landscape is not that of the Deep South, typically depicted as the home of the music, but closer to that that of the West. In addition, the travelling man is white, contradicting the prevailing stereotype that the blues is African American music, and that ‘bluesmen’ are black. In addition, the fact that the blues were used in advertising, and thus fully colonized by the capitalist system, does not sit comfortably with dominant notions of the blues as a folk form, or as the music of non-conformist rebels. 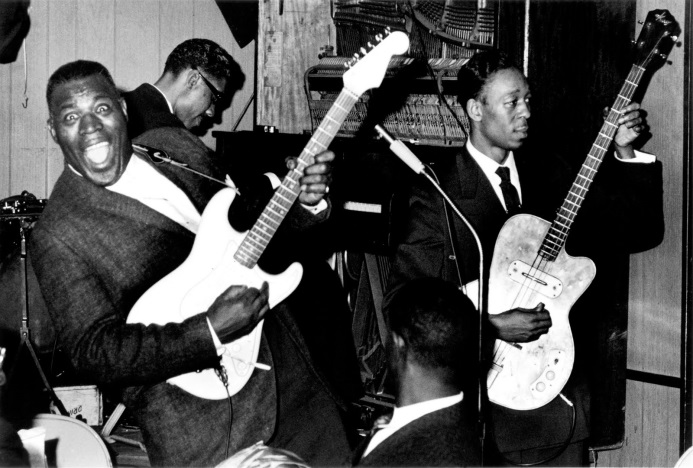 These simple contradictions, however, may not be contradictions at all. Indeed, the seemingly simple facts – that the blues is African American, and that bluesman are black, and usually elderly and poor – have been the subject of revisionist scrutiny in recent years. Revisionists writers, such as Elijah Wald and Marybeth Hamilton, have argued that representations by white and, therefore, ‘alien’ observers during the post-war blues revival of the 1950s and 1960s distorted historical truths, and ‘invented’ the blues as we know it. Wald in particular made the case that the blues, which obtained huge exposure during the 1920s and 1930s, was the pop music of its time, an idea with which white blues scholars of the revival struggled to cope. Karl Hagstrom Miller, in his brilliant book Segregating Sound (2010), went a little further back putting evidence forward for a much more racially integrated musical landscape prior to the 1920s recording industry, which lent weight to the idea of blues as a hybrid form, rather than simply a ‘pure’ African American expression.

This recent research has been extremely stimulating in reviving discussion on the origins of the music, but even more so on the reception and representation of African American music after WWII. While I agree with much of the work conducted by these revisionists, something was missing. African American music had been popular in Europe as far back as the 19th century when the Fisk Jubilee Singers toured the continent and even played for the British and Dutch royal families. Jazz was also extremely popular throughout Europe in the interwar years of the 20th century. During the late 1950s with ‘skiffle’ craze and the early 1960s with the onset of the British invasion bands, black American music became an obsession for young Brits and Europeans. However, from the 1930s onwards, a niche of British jazz enthusiasts had begun to write about the music they heard and the records they passionately collected. Writing in Melody Maker, Jazz Journal and Jazz Monthly, these would discuss the origins of the music, correspond with American folklorists and collectors, explore the lives of musicians and comment on the music’s ‘authentic’ African American characteristics. One of these writers, Paul Oliver, would go on to become the world’s most prolific and influential blues writer. So, why had all this been neglected by the revisionists? What was the impact of all this non-American blues scholarship? 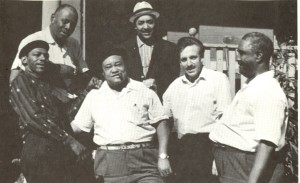 For me, the answer would be in the work of Paul Oliver. His work on the blues scholarship is representative of the fact that meanings and representations of African American music and culture have been constructed within a transatlantic context. My doctoral thesis examined Oliver’s scholarship from his early days in London as a writer for the British jazz press, his numerous books, the analysis of lyrics, his State Department supported field trip to the US in 1960, the resulting photographs and oral history, through to his creation of the epic ‘blues narrative’ with The Story of the Blues (1969). His work demonstrates how the blues became a reified ideal constructed in opposition to the forces of modernity, represented by the commercial music industry and the growth of teenage oriented pop in the 1950s and 1960s. African American music became a source of cultural capital for those that were disillusioned with Western consumerism and mass culture in the post-war era.

Importantly, one of my aims was to move away from debates that have been confined within the limits of national borders, or relied on clichés of British bands popularizing American music in America. Stories of the Rolling Stones and the Beatles bringing the blues back to the US have only drawn in arguments dominated nationalistic narratives of ‘American culture’ and ‘outsiders’, which have done little to enhance our understanding of the blues’ influence around the world. The blues clearly has its origins within the black South, but it has long since travelled beyond its borders, and the way we understand it today comes from the intermixture of meanings which have been produced in a transatlantic context.

Review of the 1st Americas Postgraduate Conference at the UCL Institute of the Americas
Mexican Migration in the Fiction of William Attaway
Fear Itself: Reflections on Native America and the Narrative of Fear
Listening to Rosa Parks
Frederick Douglass’s Literary Appendix as a tool of Self-Representation
60 Seconds With Rachael Alexander
Summer Camps and US Empire
Merging aesthetics and politics: Toni Morrison’s jazz affect in JAZZ (1992)

Primarily a cultural historian, I teach on modules which examine African American as well as American cultural history. I am particularly interested in the role and development of African American culture in the US, but also abroad, especially in the transatlantic exchange. I completed my PhD in 2012, which examined the emergence of transatlantic scholarship on African American blues music through the work of Paul Oliver. This research is the subject of a book entitled "Blues, How Do You Do? Paul Oliver and the Transatlantic Story of the Blues" which will be published by the University of Michigan Press in 2014. Presently, I am working on research projects which consider the transatlantic representations of the American South on British television, and the reception of African American music in Italy during Fascism. I am also running an online course on the blues through the University of Exeter. In my spare time, I like playing music and play guitar in a band called James Carr & The Comrades (www.jamescarrandthecomrades.com).
View all posts by Christian O'Connell →
Tagged  African American Culture, Black History, Blues, C19, C20, C21, Jazz, Music, Popular Culture, Transatlantic.
Bookmark the permalink.