Queer Subjects and the Contemporary United States was a colloquium born of the present moment. Focused on discussions of what queerness means under the Trump administration, this conference set out to consider the ways queerness figures within a contemporary social, political, and cultural U.S. context. With papers ranging in subject from technology, borders and migration, memory, archival history, and fandom, the event delivered on its promise to be wide-ranging and interdisciplinary. Interrogating the possibilities for queer subjects to show resistance, or lay claim to public or private spaces in a post-Trump era, this symposium brought to the fore the very real issues facing queer subjects in the United States today. 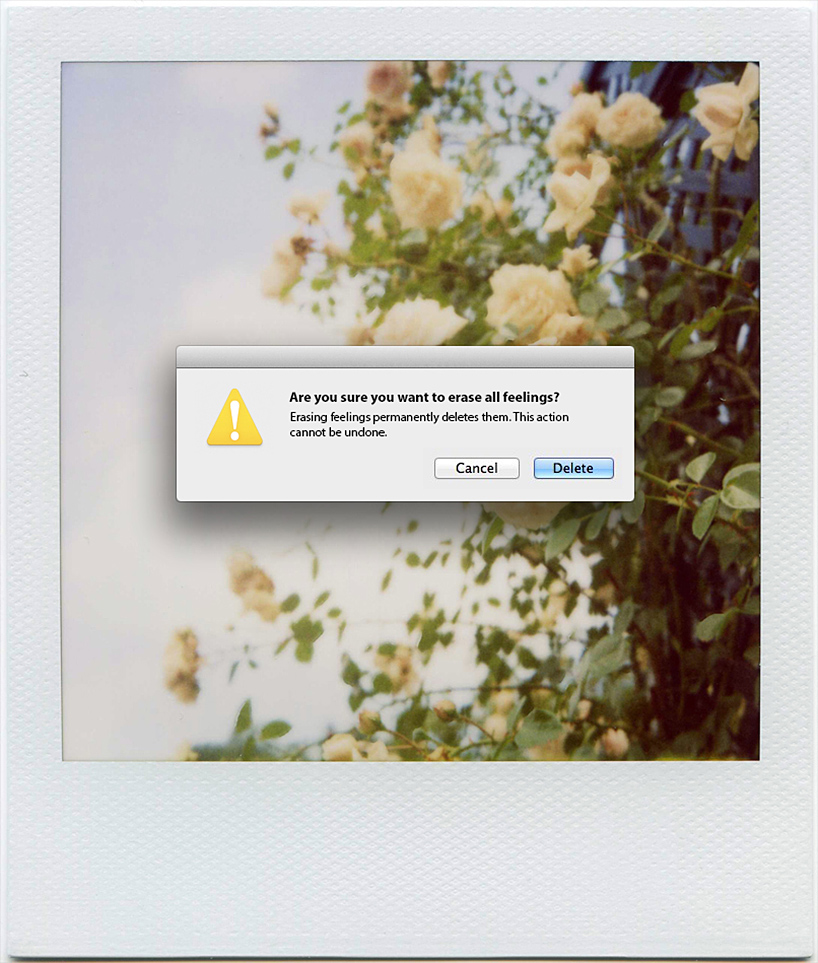 The keynote, ‘Queer Networks’ by Sam McBean (Queen Mary), questioned and explored the role of the digital in creating queer networks. Opening with images from Victoria Siemer’s series Human Error (2014), McBean asked us to consider moments of ‘technological disappointment’ and how these moments disrupt our expectation that the ‘network’ will always be there. Looking at the ways in which Siemer’s images rewrite heartbreak as a technological process, McBean introduced Lauren Berlant’s Cruel Optimism (2011) as a way of understanding the warped faith we place in the internet and digital technology. In a discussion of intimacy as technological, McBean considered Kathy Acker and McKenzie Wark’s email correspondence I’m Very Into You: Correspondence 1995-1996 (2015) in terms of technological mediation, pointing out the ways email disrupts, yet quickly normalises, heteronormative modes of intimacy.

Moving into the contemporary moment, McBean then discussed the ways networks now signal both connection and control. Using images of Instagram and Facebook’s ‘networks’, she ruminated on both the measurable and elusive nature of this kind of data; ‘haunting the network is what can’t be measured’. Closing with clips from The L Word (2004-2009), McBean argued that the show is ‘obsessed’ with networks, drawing attention to the show’s own cruel optimism in its onus on Alice’s ‘our chart’ as a technological rendering of intimacy, and of intimacy as technology. Whilst ‘our chart’ represents queerness producing its own map, McBean was quick to point out that the network can be rendered almost meaningless, as Alice describes its shift towards heteronormative culture – it is ‘about the human condition’, rather than queer identity. Each of McBean’s examples worked to show not only the power of the queer digital network, but also its potential limitations. McBean closed with rhetorical offerings – what difference does queerness make to networks? Does it make a difference at all? – and concluded, ‘exploring the technology of intimacy can help us look more queerly at the logic of networks’. The Q&A session that followed further unpacked the notion of networks in terms of queerness and cruel optimism, leading us to consider their efficacy throughout the day’s panels. 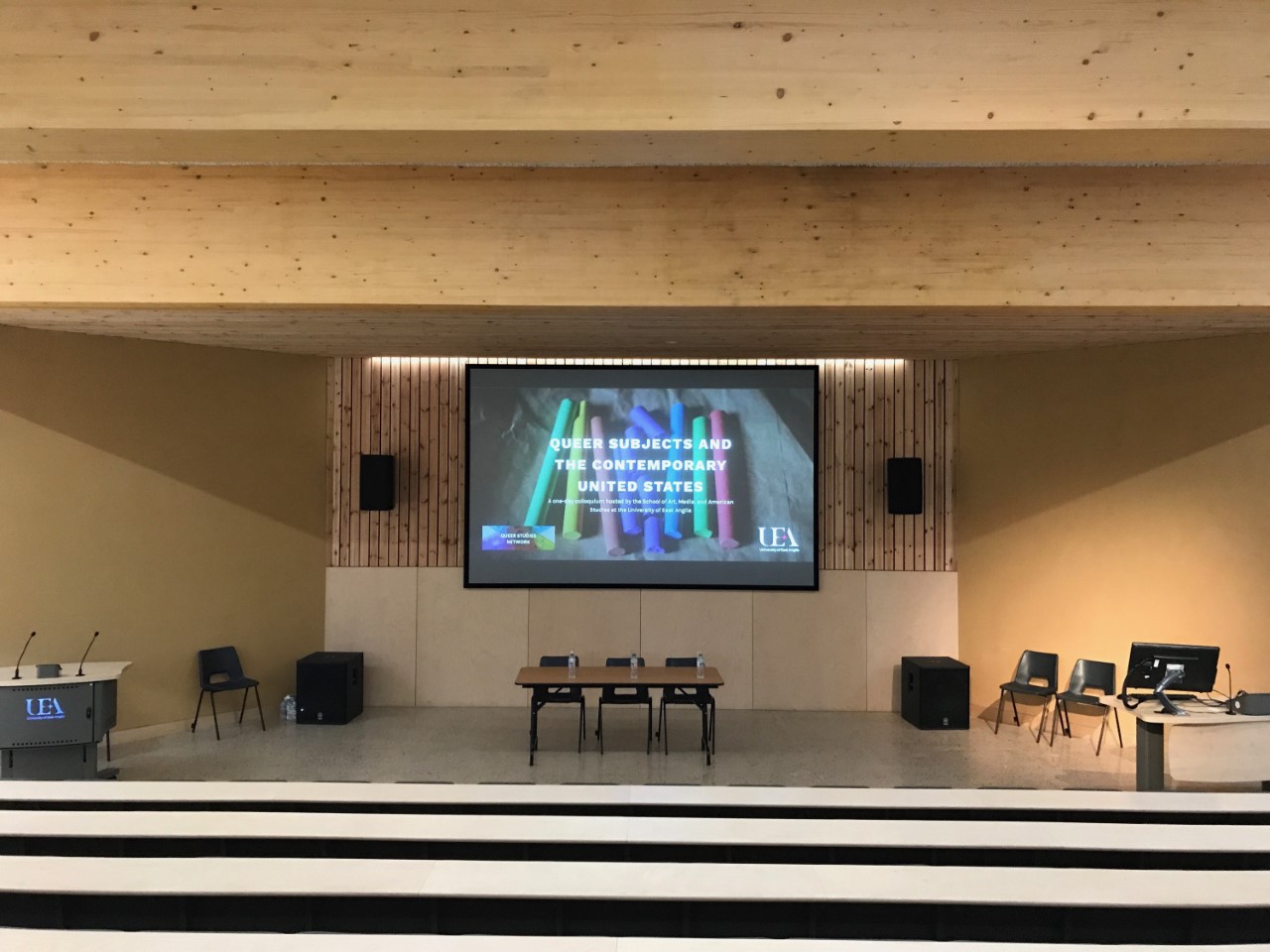 The first, ‘Queer Narratives,’ saw Christopher W. Clark (UEA), Christopher Lloyd (University of Hertfordshire), and Maria-Irena Popescu’s (University of Essex) papers connect in their focus on queerness in contemporary literature. Clark discussed the ways queering can be considered in terms of movement migrant literature, drawing particular attention to notions of understanding or escaping reality in Akhil Sharma’s Family Life (2014) and Junot Diaz’s The Brief Wondrous Life of Oscar Wao (2007). Though discussing migrant narratives, Clark was careful to eschew notions of hybridity, explaining the problematic implications of characters ‘caught between two cultures’. Lloyd’s paper considered queer memory, with a particularly interesting focus on the notion of ‘density’ as a way of describing – physically and figuratively – queer memory in Justin Torres’ We The Animals (2011), which was later picked up in the Q&A. Popescu discussed the construction of the terrorist in terms of queerness in 9/11 fiction. She focused on Jasbir Puar’s concept of homonationalism, discussing the ways queerness, monstrosity, or failed heterosexuality is often cited in the mainstream media as a motivation for terrorism.

Panel Two, ‘Queer Resistance and Protest’, looked at the ways networks of resistance arise in queer communities, and included a paper by Giulia Nazzaro (UEA) on the Lesbian Herstory Archive, and a discussion of queer childhood by Jess Cotton (UCL). Both considered the ways images act as modes or tools of resistance. Nazarro’s paper in particular drew my interest in terms of the consideration of the archive’s restricted accessibility as a way of reclaiming and preserving safe spaces. During the Q&A, questions of agency in regard to both panels were raised, and the panel debated whether, through photographs, subjects take ownership of their own queerness.

The third panel focused on ‘Queer Subjectivities,’ and grouped Dora Mortimer’s (Independent Artist) paper on the oddness of 2016’s temporality, Aimee Merrydrew’s (Keele University) discussion of transgender subjectivity in Ely Shipley’s Boy With Flowers (2008), and Jacob Breslow’s (LSE) analysis of radicalisation and internet grooming in terms of queer childhood and islamophobia. This panel seemed to centre on the idea of ‘post’ elucidated in Mortimer’s paper. The question ‘what does it mean to live in a post- world?’ underscored much of the discussion throughout the day, and it was here, in all three papers, that the ‘after’ of things was interrogated. I was particularly interested in Mortimer’s discussion of 2016 as a year of imaginary time, a point which circled back to the notions of disrupted linearity McBean considered in the keynote. The question of ‘post-’ was also considered in the Q&A, and pointed to the concern and anxiety with which we now approach this term. 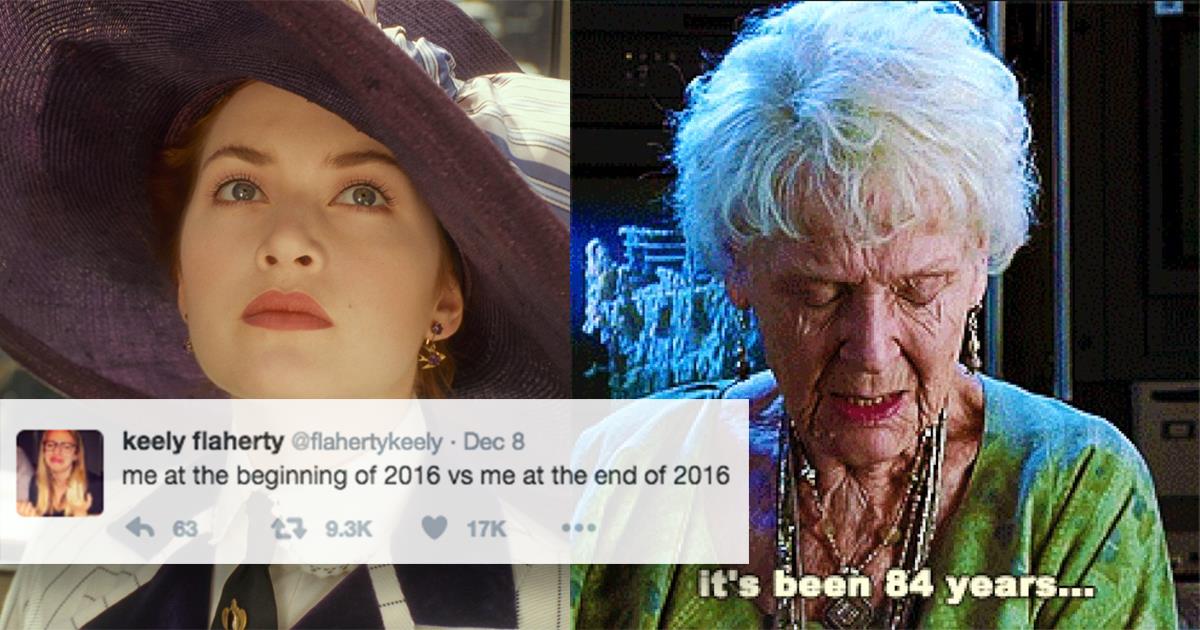 The final panel, ‘Queering Culture,’ centred upon fandom. From Ibtisam Ahmed’s (University of Nottingham) account of queerness in the Young Avengers (2005-2014), to Danielle Girard’s (Lancaster University) impassioned discussion of queerbaiting in contemporary TV shows, and Jon Ward’s (UEA) consideration of ‘realness’ in RuPaul’s Drag Race (2009- ), this panel drew together to look at the networks and influence of queer fandom, and prompted a lively closing discussion. The Q&A led into the closing remarks session to result in a prolonged discussion of RuPaul – part critique, part appreciation, this conversation brought the room together to contemplate whether we should ask a show like RuPaul to solve or even consider the societal problems with gender, and whether we should praise the cultural value and resonances of queer texts like RuPaul despite its inherent problematics.

The day ended with its own kind of queer network, bringing together a room full of people in dialogues as wide-ranging as the papers themselves, but culminating in a positively joyful discussion of reality TV. As someone said to me on my way out, it’s rather fitting that RuPaul united us all, and wasn’t it a hopeful way to end a day that could have been, in light of the ‘post-Trump’ context, decidedly gloomy.

Daisy is a PhD candidate at the University of East Anglia. Her project looks at ecofeminism in Rebecca Solnit’s works, focusing on the intersections between place, gender and activism in depictions of American land. More broadly, her research interests include ecofeminism, autobiography, and place and space in contemporary American writing.
View all posts by Daisy Henwood →
Tagged  C21, Networks, Protest, Queer Identity, Queer Narratives, Queerness, Technology.
Bookmark the permalink.