Laura U. Marks is the Principal Investigator of Tackling the Carbon Footprint of Streaming Media, a research group at Simon Fraser University, Vancouver. This interdisciplinary project brings together researchers from the university’s School for the Contemporary arts (Laura U. Marks and Radek Przedpełski) and the School of Engineering Science (Stephen Makonin and Alejandro Rodriguez-Silva). The project is funded by Canada’s Social Sciences and Humanities Research Council. Its aim is clear: to address the high and rising electricity consumption of information communication technologies. As the group sets out on its website, ‘[s]treaming media is calculated to contribute to a surprising 1% of global greenhouse gases, because most regions of the world obtain electricity from fossil fuels to power their data centers, networks, and devices. Streaming large files in large quantities, then, ethically implicates spectators in the warming of the planet.’

I sat down with Laura (over Zoom) to discuss the necessary changes to be made if we are to become more responsible consumers of streaming media. 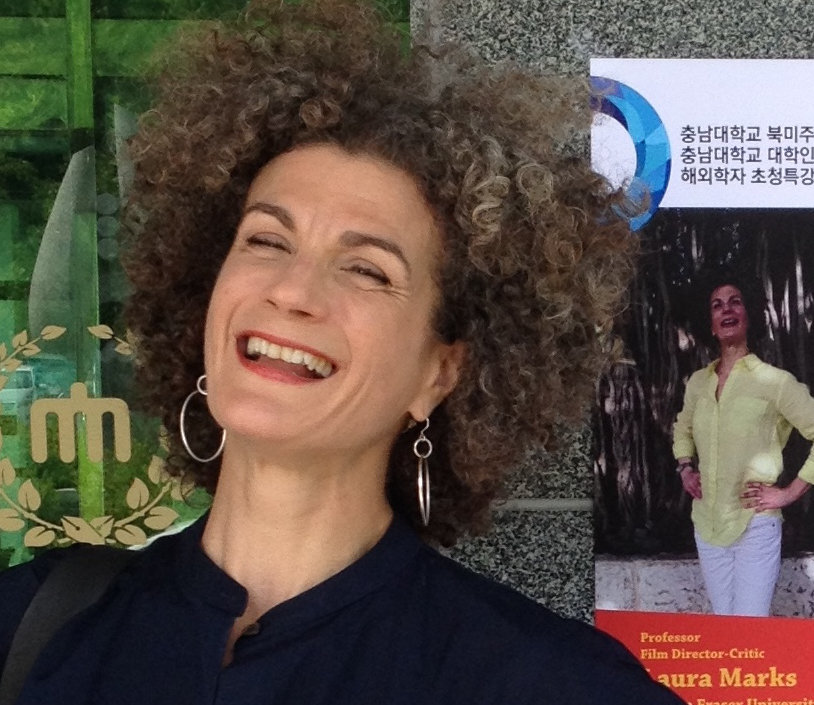 Michael Hedges: In your article for Afterimage, you suggest dealing with the carbon emissions associated with streaming on three fronts: renewable energy electricity provision, device and network efficiency and streamlining demand. As you point out, media consumers, scholars and makers are best positioned to influence the third of these three approaches: reducing demand.  How does, say, streaming the same song 100 times compare with downloading a song once, to be retrieved from a local hard drive for each subsequent play?

LM: As I see it, downloading has two advantages. One is the electricity use and carbon footprint, because – of course – it’s much better to download a single time and play it off the device than to rely on networks and data centres every time. But the other is that it’s a way to be more equitable to the musician, especially if we use a platform that’s much more musician friendly than the evil Spotify – like Bandcamp – or go to a musician’s own site.

MH: And do you think that has any parallel with how we consume video media?

LM: Yes. If it’s something that people are likely to watch more than one time. But I think this is also where YouTube comes into play very much. People will watch ASMR videos, or there’s some relaxation videos that are many hours long that people stream again and again. It would be much, much better if they downloaded those and played them from their device. So, a lot of what’s standing in the way is that these platforms need to make a profit, and also to extract information from their users. So, downloading would serve three purposes: reducing carbon footprint, being more likely to benefit the artists, and to step away from surveillant media platforms.

MH: Is there anything that subscription services should be doing to change our patterns of consumption?

LM: I don’t know much about Spotify, but it sounds like a tough proposition for them. They profit by keeping their listeners captive, and for listeners to shift to a model that was not about trying to algorithmically predict their interests, but just to let them get the music that they know they love, people would say, “Hmm, this is like some other business model. This is like a business model of purchasing music. So why don’t I just go and do that?” I think you could make the case to consume a little bit more mindfully. In almost every case, as I found with streaming video, what these platforms profit from is the desire for immediacy, which is a very recently cultivated desire. Only a few years ago, that was not one of the many consumer desires that media companies could cater to. But now that we have it, it’s hard to unlearn.

It’s really hard to know how to go about this education campaign. I think it would work best if you coupled carbon footprint with artists’ rights. I find that trying to get people to change their behaviour by making them feel bad is not very effective. If you make them feel, not only virtuous, but also maybe playful or that they have more autonomy, then they’re more likely to do it.

MH: Would there be unseen difficulties or impacts of say, streaming the first one or two episodes of a TV series via Netflix and then going out and purchasing the box set on DVD?

LM: I think that would be good. If you’re willing to wait, right? Netflix began as a physical distribution company, and owning a DVD, if you know you’re going to play it multiple times, that has a smaller carbon footprint than streaming. Even better is getting the DVD from the library or sharing it with people. Though again it plays against the desire for immediate gratification and this newly minted desire for binge watching.

MH: My friends get through a TV series in a matter of days, or even hours, but it’s not something I particularly enjoy.  If you’re immediately presented with the resolution to a conflict or a particular plot point, you haven’t had the time to query it yourself or ponder how it might resolve.

LM: It definitely makes us much more passive and encourages less reflection. TV programmes, too, are designed to make the audience come back week after week. But I think that with Netflix, and other streaming platforms – especially those that have series –there’s an extra twist of the knife to these addictive algorithms. I’ve noticed with the number of Netflix series that I’ve watched, almost without exception, they get darker and nastier, more misogynist, and more prurient. They develop these really nasty characteristics. I think because they figured out some part inside of themselves that people really want to see.

MH: That’s a very interesting correlation between content and mode of consumption that I hadn’t really considered.

MH: I wonder why. Do you know why that was particular to the UK?

MH: Is mounting a challenge to the subscription model in general a potential way forward?

LM: Yeah, I think it would be. It’d be a bit more difficult to cultivate than music, because people don’t watch the same media as much as they listen to the same music multiple times, except for the categories that I mentioned before. But I think some combination of appealing to ownership and appealing to physical video stores and libraries where you can borrow a movie, especially if we can get there on foot or by transit would be a very green alternative.

MH: It was something you highlighted in the Afterimage article, I believe: this idea of going to the library and getting a video game on a USB.

LM: I really wish that a little more research would be put into ways to make physical media more durable. It is so easy for people to make fun of DVDs and say they’re obsolete. But a lot of that is because the switch to streaming is industry driven. It would just take a little adjustment of priorities both for consumers and for engineers and designers to make it really feasible to use physical media again.

MH: Do you think green media archaeology has the potential to present meaningful alternatives?

LM: Absolutely, yes. We found in the Small File Media Festival that a lot of people are making media on so-called obsolete platforms, like older phones that have smaller resolution; on Gameboys; using GIFs. They seem kind of charmingly obsolete. I want to appeal to two groups of people: one is hackers and gearheads and demoscene nerdsand people who see that as a form of resistance, which it is. The other is people in less wealthy or less infrastructured parts of the world, who have to make a habit of keeping older technologies alive, and who necessarily resist the call of high bandwidth platforms because they don’t have the bandwidth. So, both of these groups create really exciting and creative and intelligent alternatives to the hegemony of media platforms.

MH: One such culture I’ve been reflecting on recently is pirate radio and hyperlocal analogue transmission that’s very community driven and relatively low energy. But the question that poses is how that might undermine advances in the democratisation of media and content? If we return to prior models of analogue transmission, will that pose a challenge to the number and diversity of voices and stories that that digital streaming has brought to the fore?

LM: Yeah, that’s a thoughtful question. But you did begin, not with large broadcasters, but with pirate broadcasters. We’re going to have a diversity of platforms, and media corporations are very quick to try to grab ownership of independent companies. And also, we’re mostly comparing two sets of very big and powerful companies: television companies and streaming media companies. Environmentally speaking, television companies are much greener, because they broadcast, whereas streaming companies narrowcast on demand. So that requires this exponentially enlarged infrastructure. Instead of beaming one show to a million people, you’re potentially transmitting a million different shows at different times to a million people. And that is just unsustainable.

I also want to mention that the beauty of radio and television broadcasting is that it occurs in real time, on basically analog airwaves. I find it very moving that people listening or watching within a broadcast region are connected, literally on a common wavelength.

MH: With the Small File Media Festival, there was a lecture where someone asked quite a thoughtful question about processing time. If the project isn’t careful, perhaps there’s a sense that maybe the additional compression processingrequired to make the files so small might outweigh any benefits of doing it at all. You were quick to reply that the festival asks artists to include the processing time to their submissions. Is it quite straight forward to keep track of CPU or processing time?

LM: Yeah, it is. If you compress a file multiple times and just take account of the compression time each time, then you’ll have your total processing time. It is important because the electricity that our own devices consume is significant. So, if I made a movie that had two hours of processing time – which is a lot – and I streamed it online, and only two people ever viewed it, then my processing time would be a large factor in its carbon footprint. We also encourage people not just to use the hardware to smash down movies, but try other things. Like starting with a file that’s small to begin with, so it doesn’t need as much compression. Or doing things like working with sound and still images, or simple animations, or readily available images like gifs or Instagram filters. There’s a lot of ways that you can make a small file movie that has almost no processing time. It depends. 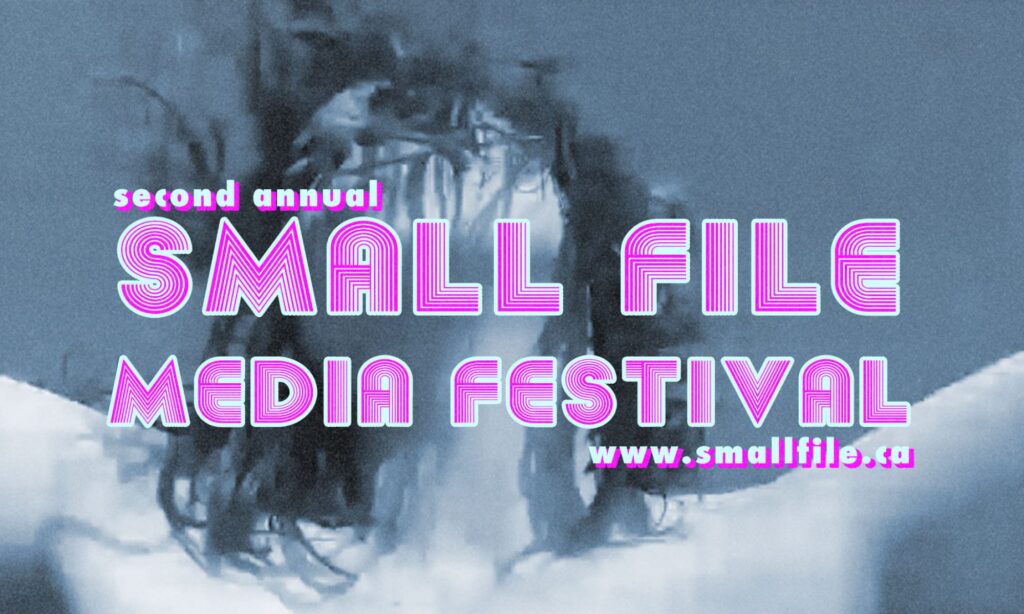 You can read Michael Hedges’ review of Dr Marks’ plenary at BAAS 2021 here. After the interview, Dr Marks shared some links to where you can find more information about her research. You can access these below:

Reflection on 'Responding to Sexual Violence in Higher Education – Organisations, Initiatives, and A...
Review: Special Relationships: Poetry Across the Atlantic Since 2000
BAAS PG Conference 2017: Keynote Review
Review: Teaching Black HERStories, 24th-25th July, University of Missouri (Online)
Review: Bellows and the Body: the Real, the Ideal and the Nude
Review: Game of Thrones: An International Conference
Conference Review: APG/BAAS Annual US Politics Colloquium
Review: 'Mothering Slaves: Motherhood, Childlessness, and the Care of Children from Slavery to Emanc...

Michael Hedges began a PhD at the University of Leeds in October 2020; he received funding from the AHRC through WRoCAH. Michael’s research concerns sound technology in contemporary fiction. He is reading novelists including Richard Powers, Jennifer Egan and Paul Beatty to examine recorded music’s political ecology – or how recordings are made, what they are made of and how they are disposed of.
View all posts by Michael Hedges →
Tagged  BAAS 2021, Conference Review, Interview.
Bookmark the permalink.