Dr Laura U. Marks’ opening plenary at the 66th British Association for American Studies (BAAS) came after a year during which many of us have organised, attended, or presented at an online conference. Some will have tallied up an impressive combination of all three. We have grown accustomed to addressing an audience of dozens through the webcams on our computers, taking it on trust that the delegates are there at all. Posing questions to eminent researchers from our kitchen tables in semi-formal attire – from the waist up, at least – is now second nature. 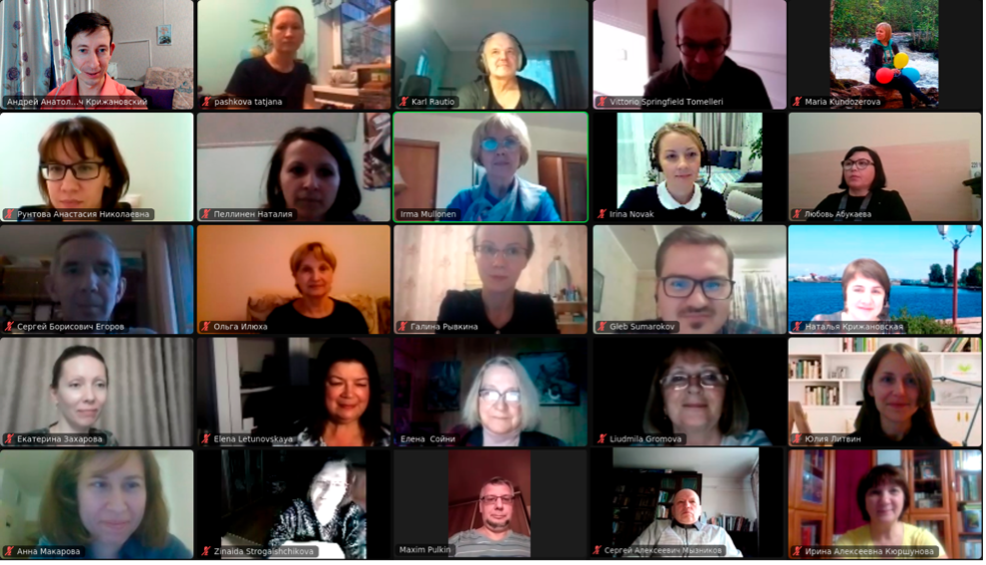 Figure 1 This is how academic conferences have looked since the COVID-19 pandemic began. Source: AKA MBG, Public domain, via Wikimedia Commons

The benefits of moving conferences online in the wake of the COVID-19 pandemic soon racked up. It has hugely improved accessibility, particularly for the d/Deaf community. Online conferencing has brought increased opportunities for participation, reducing the time and money usually spent travelling to and from a conference venue. Many organisers have implemented massively upgraded archival practices, with conferences offering videos of panels, lectures, and roundtables available on demand. Shifting the discussion online is also affecting how academic research is being disseminated. Scholars have had to re-think how they present their research, with more and more dipping their toes into non-conventional and experimental methods of delivery. Most importantly, however, adopting online conferencing has played a part in keeping people safe during this incredibly difficult time.

We have come to terms with what we have lost, for the moment, from in-person conferencing. Dr Marks’ plenary, ‘Streaming Media, Online Conferences, and the Jevons Paradox’, began with a poetic and elegiac list of these losses: “moderators passing you little notes to tell you to stop talking; sitting next to strangers; sitting next to friends, the energy, or lack of it, in a room; there’s jetlag; the thrill and fear of entering a crowded lobby at the conference hotel.” These are hallmarks of the traditional academic conference that, to a greater or lesser extent, we are entitled to mourn. 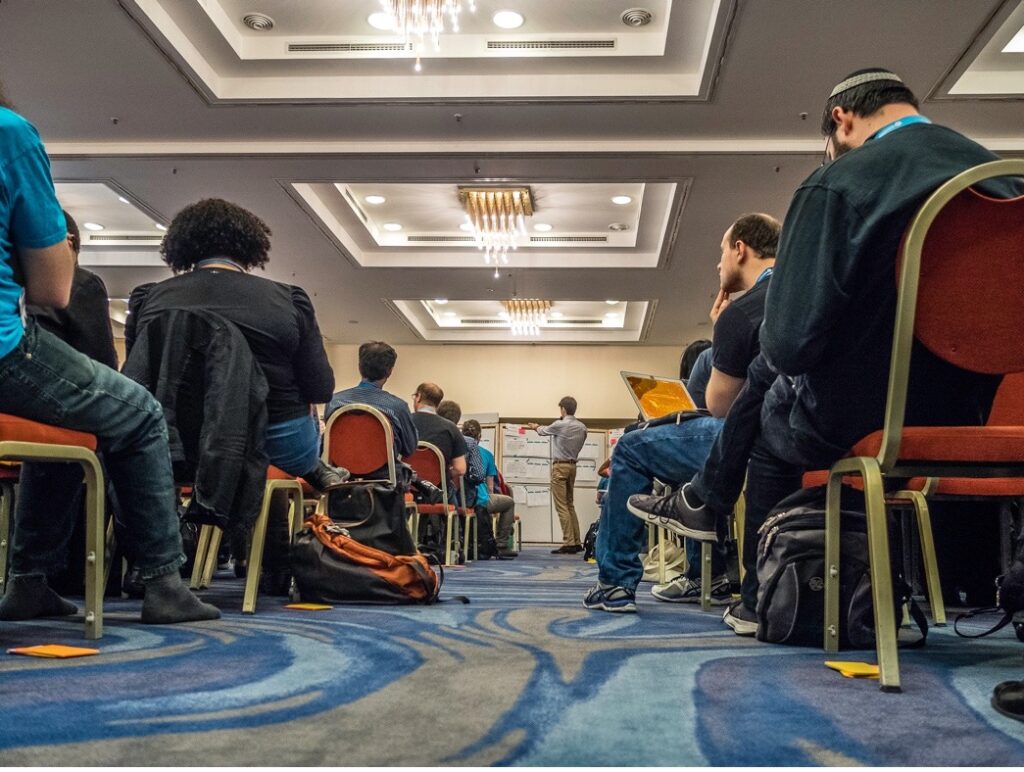 Figure 2 Meeting fellow academic like this is a thing of the past – for now… Source: AKA MBG, Public domain, via Wikimedia Commons

But how many of us stopped to consider the environmental impacts of this momentous shift in how academic discussion has been conducted since the onset of COVID-19? If we did at all, it probably mirrored Dr Elsa Devinne’s introductory remarks: moving BAAS 2021 online, rather than hosting it in Hull as planned, saved an estimated 82 tonnes of carbon. This is largely because of the transatlantic flights that delegates didn’t take. Dr Devinne was quick to qualify, however, that a digital conference is not carbon free, and this is what makes Dr Marks’ plenary all the more timely and vital. Online conferences, too, leave a considerable carbon footprint. The numbers Marks quoted are staggering: ICT carbon emissions are estimated to comprise about 3% of the global total (and projected to reach 15% by 2040). In Dr Marks’ words: “a quite shocking reality for those of us who’ve been accustomed to thinking of our digital media as virtual”. As one virtual attendee pointed out, this is unwelcome and inconvenient information for many of us.

What exactly is this hidden material reality? And how does it amount to something so carbon intensive? It is the undersea cables and satellite connections to data centres that connect distant storage media to playback networks; we then access these networks with our phones, tablets, and laptops when we stream a film, song, or video. It is the enormously energy-hungry servers farms that host these data, and the globe-trotting itinerary each video feed or shared screen takes en route to our homes, offices, and classrooms. “It typically takes 3-5 hops among data centres to get your media from its source to you as the receiver”. Online conferencing is implicated in these journeys and the infrastructure that makes them possible, of course. Dr Marks did a wonderful job of casting a light on this little-discussed consideration.

Shortly after itemising the features of an in-person conference, Dr Marks recounted another list: “the surprising intimacy of sharing a grid with others; the goofy charm of Microsoft Teams Together mode; there are hardworking devices plugged in for many hours; there are back aches and eye strain; there are network and data centres humming”. This shows how both in-person and digital conferences form a complex web of intellectual, environmental and bodily-affective encounters – what Marks described as their “soul assemblages”. The challenge facing the working world is how it might compensate for what remains preferable about the soul assemblage of meeting in person, while reimagining international professional and academic collaboration in a manner that prioritises sustainability.

Dr Marks formulated this into the following question: “How can an online conference be a healthy soul assemblage for all its attendants, including the environment?” The answers she gave ranged from playful solutions to common-sense best practice, without ever straying into condemnation or judgement. Quite the opposite: I came out of the lecture feeling positive about implementing Dr Marks’ suggestions, and more hopeful for the future of academic conferencing than I was at the start.

Raising awareness is the first step. Dr Marks drew from the Streaming Carbon Footprint research group at Simon Fraser University, Vancouver, of which she is a principal member. Dr Marks presented this area of research as one characterised by disagreement among engineers as to the precise size of streaming’s carbon footprint. And inevitably, these waters are muddied by tech companies locking horns with the authors of major reports on ICT carbon emissions – such as Greenpeace and The Shift Project – over their calculations in a bid to refute them.

There is almost unanimous agreement, however, that consumption of streaming media is increasing not only in spiteof broadband efficiency improvements but because of them. This is what is known as the Jevons Paradox: “the more efficient a technology becomes, the more people make use of the resource, reducing or eliminating any savings that this efficiency intended”. The effects of the Jevons Paradox on streaming have been particularly apparent during the COVID-19 pandemic, which saw a whopping 40% spike in demand during March and April of 2020. Again, the numbers are mind-boggling: data traffic accounts for 55% of ICT energy consumption; streaming video amounts to at least 60% of global data traffic, which is 33% of all ICT energy consumption.

So, how can we begin to decouple ourselves from complicity in all this? There are structural factors beyond our immediate control: the electricity- and carbon-intensity of device production; the fossil-fuels and non-renewables that power these data centres; the frightening end of Moore’s Law, which puts to bed any hopes for infinite gains in circuitry efficiency. But Dr Marks provided practical and easy-to-implement recommendations that can make a real difference to your next online conference. I’ve included some of these below:

Turning off your webcam during a conference call can dramatically reduce its carbon footprint. “If one were to have 15-1hour meetings a week, their monthly carbon footprint would be 9.4kg CO2e. Simply turning off the video, however, would reduce the monthly emissions to 377g CO2e”.

If you are unable or unwilling to turn off the video altogether, Dr Marks suggests lowering the video resolution. Does what you’re seeing really need to come to you in crisp 1080p? Such high-resolution should be reconceived as a luxury, Marks intimates, not the default.

A 2009 study of the carbon footprint of two groups of delegates meeting in regional venues – in Davos and Nagoya respectively – found that connecting these regional groups by teleconference led to lower carbon emissions than if all delegates had travelled to either venue. Similarly, depending on the method of transportation, the carbon intensity of online conferencing can outstrip that of certain kinds of short distance physical meetings.

As unpopular as these suggestions may be, Dr Marks’ research has given us all plenty of food for thought as to how we might run online conferences more mindfully in the future.

Michael Hedges began a PhD at the University of Leeds in October 2020; he received funding from the AHRC through WRoCAH. Michael’s research concerns sound technology in contemporary fiction. He is reading novelists including Richard Powers, Jennifer Egan and Paul Beatty to examine recorded music’s political ecology – or how recordings are made, what they are made of and how they are disposed of.
View all posts by Michael Hedges →
Tagged  BAAS 2021, Conference Review.
Bookmark the permalink.