More than forty years after its first publication, Edward Abbey’s 1975 novel The Monkey Wrench Gang (MWG) remains a major environmentalist text. The story, in which four ecoterrorist activists use sabotage techniques to protect their beloved Western landscape from industrial and commercial interference, has inspired real life movements such as Earth First! and the Earth Liberation Front. However, the environmentalist project the novel describes is not as radical as it may appear at first sight. This article argues that MWG’s message of ecoterrorism depends on the (re)construction of a rigid gender boundary which turns the American West into a feminine entity that can only be saved through masculine interference. 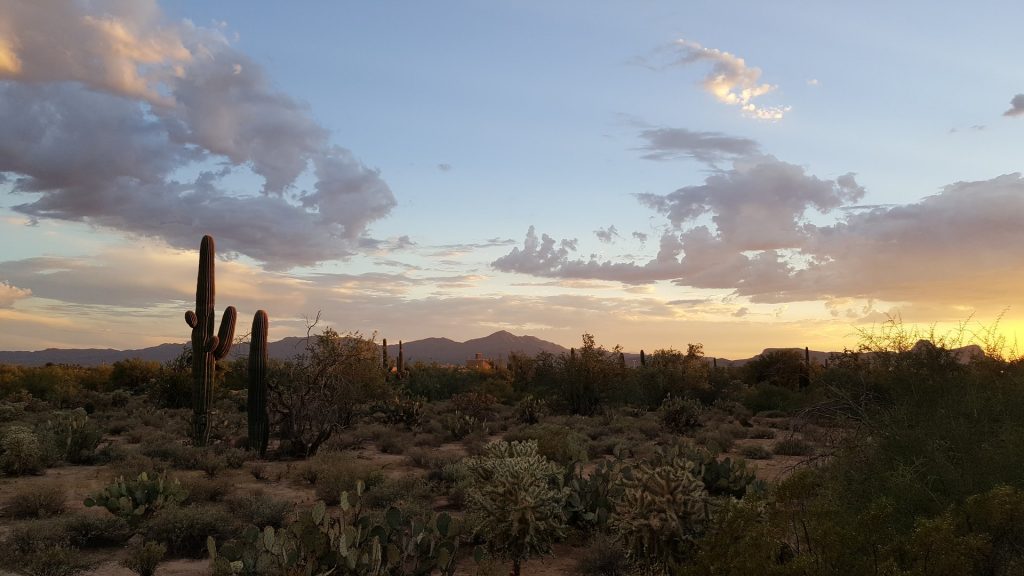 This gendered undercurrent is most visible in the novel’s descriptions of the Western landscape. Abbey depicts it as a “pink wasteland”[1] which he “eroticizes”[2] to clarify its relationship to its human protectors. Not content with occasional references to the land as “mother earth”,[3] he depicts the American West as a “semi-virginal wilderness”,[4] a feminine environment in need of protection from symbolic “rape”. The novel’s main characters view their own relationship to the land in similarly sexualized terms, with George Hayduke announcing that “we’re entering the vagina of the canyon into the womb of the plateau”[5] at the start of a hiking trip.

For Vietnam veteran Hayduke protecting the West is as much a personal as a political undertaking. After suffering devastating experiences as a soldier and war prisoner, Hayduke regards the West as a space where he can redevelop his masculine identity as a “man controlling his environment”.[6] He therefore interprets the development of the West into a lucrative industrial resource and tourist attraction as a targeted attack on his masculinity, and frames his activism as an act of remasculinization, “the large-scale negotiation and regeneration of the interests, values, and projects of patriarchy”.[7]

MWG’s connection of gender and landscape is not without its problems. The novel’s use of gendered metaphors reads like a backlash against the second feminist wave and reinstates a patriarchal “hegemonic masculinity”[8] which undermines the multidimensional nature of real-life gender identities. The depictions of a “semi-virginal wilderness” circumvent the question to what extent the American West has ever been “unspoilt” and ignore how it has historically been shaped by westward expansion, war, and the aggressive displacement of its native population. Furthermore,  it overlooks the important distinction between the West as a geographical location and the West as an ideological construct. MWG uncritically adapts a Hollywood-like idealization of the West as a no man’s land populated by cowboys and vigilantes, without considering the historical accuracy of this conceptualization. 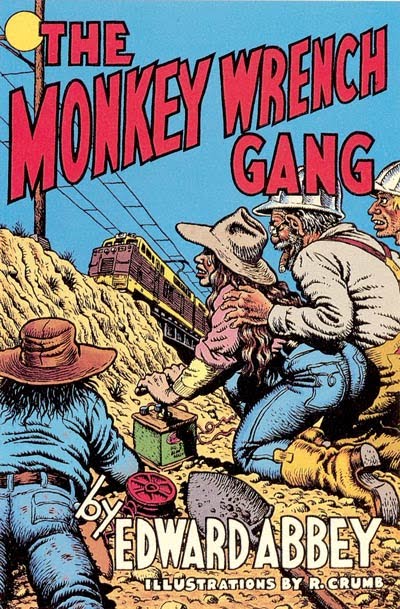 Despite these problems, MWG does offer a feminist counter-argument to Hayduke’s remasculinization project through its female protagonist Bonnie Abbzug. Although Abbzug is frequently described as a sex object with “tanned and excellent legs”,[9] she actively resists her own objectification by talking back to Hayduke and ignoring his orders. Contrary to Hayduke, Abbzug’s participation in the gang is not motivated by her need to reinvent herself. The novel asserts that she is “searching not for self-transformation (she liked herself) but for something good to do”.[10]

Through the character of Abbzug, MWG critically interrogates Hayduke’s motivations, posing the question to what extent his efforts are driven by environmentalist and altruistic concerns. Initially Hayduke refers to Abbzug as a “fat Jewish bitch” and tries to prevent her from playing an active role in the gang’s activities.[11] Eventually, however, Hayduke and Abbzug enjoy a brief affair which causes Hayduke to surrender “beaten but graceful”.[12] By (temporarily) passing control from the main male to the main female character, MWG disrupts Hayduke’s attempts at remasculinization and problematizes his linking of his masculinity with a feminized conceptualization of the landscape.

Despite offering opportunities for the critical dissection of gender and its relation to the landscape, MWG never fully abolishes the image of Hayduke as the aggressive “token Vietnam veteran”.[13] The novel concludes with a standoff between Hayduke and a group of vigilantes who aim to uphold the law where the government fails. Hayduke miraculously survives the confrontation and reappears in Hayduke Lives, MWG’s 1989 sequel. Abbzug, on the other hand, offers medical assistance to one of the vigilantes and returns to civilization, disobeying Hayduke’s order to follow him.

The separation between Abbzug and Hayduke suggests that the land Hayduke aims to rescue is not the passive entity he perceives it to be. Although MWG keeps Hayduke literally and metaphorically alive, the novel does invite its reader to reconsider his equation of masculinity and power. It questions the radicalism of environmentalism by highlighting its dependence on rigid conceptualizations of gender. While some of MWG’s ideas, particularly its racist depictions of Native Americans, have not passed the test of time, its exploration of this issue remains as relevant as it was forty years ago.

Coco d’Hont is the author of Extreme States: The Evolution of American Transgressive Fiction 1960-2000 (Routledge/Taylor & Francis 2019). She has contributed to the Palgrave Handbook to Horror Literature (Palgrave Macmillan 2018) and her study of Marilyn Manson was published in the European Journal of American Studies in 2017. She tweets as @cococatani.
View all posts by Coco d'Hont →
Bookmark the permalink.