One of the advantages of returning to an in-person conference format is the opportunity to benefit from all the modes of knowledge exchange on offer over the three-day period—from panels, to keynotes, to workshops. One such example was the BAAS 2022 roundtable titled “Rethinking Identity and Place in the South: Cultural Production and Community Formations”. This roundtable featured scholars from a range of disciplines, enabling multiple perspectives on Southern identity to come into dialogue with one another. Rather than the more conventional format of panel presentations, this roundtable featured four short papers before opening up to an extended Q&A, which invited the audience to actively participate in the discussion.

The roundtable began with four 5-10 minute papers from Simon Buck (Northumbria University), Robyn Shooter (Kings College London), Chris Lloyd (University of Hertfordshire) and Siân Round (University of Cambridge). Buck opened the presentations with a discussion of the Music Maker Relief Foundation, a non-profit which was founded to preserve the musical traditions of the South by providing financial assistance to musicians, thus ‘ensuring their voices will not be silenced by poverty and time.’[i] Buck spoke about the fund’s work in redressing health inequalities during the pandemic, and emphasised the vital role that the fund plays in bringing to light the struggles and challenges, but also the joys, of Southern experience. Following this presentation, Robyn Shooter explored sentimentality, regional identity and female agency with particular attention to Dolly Parton’s ‘My Tennessee Mountain Home’ and June Carter Cash’s ‘Appalachian Pride’. Sentimentality, Shooter argued, is a key lens through which Parton and Cash conceptualise rural Appalachian life, and in taking sentimentality seriously as a complex relation these artists work to dispel simplified accounts of rural Southern life. 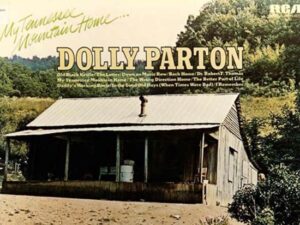 Turning then from music to literature, Chris Lloyd’s paper focused on The National Memorial for Peace and Justice in Alabama (informally known as the ‘Lynching Memorial’) and Percival Everett’s latest novel The Trees (2022) to argue for memory and memorialisation as a necessary and enduring framework for reading the US and especially the South. Finally, Siân Round’s paper discussed how Southern identity is navigated in the content and circulation of ‘little’ literary magazines during the early twentieth century period known as the Southern Renaissance. These magazines, which emulate and satirise the transatlantic little magazines of the modernist avant-garde, suggest how Southern identity is a relational process that is shaped just as much from outsider perceptions of Southernness as from within.

A key theme to emerge from these presentations and the ensuing discussion was the role of memory in forming a Southern identity which, it was noted, is at once slippery and distinct. Each paper commented on processes of memory and mediation as ways in which Southern identity is made and remade. Nostalgia, satire, remediation and memorialisation were each touched upon as modes  through which Southern heritage and identity are formed. Certainly, memory and mediation are key to the formation of many diverse identities past and present; but this panel suggested that there is something especially Southern about the way that identity is generated through the continual re-appraisal of historical memory through the accommodation of forms of sentimentality and satire alongside the recognition of collective trauma.

Both Simon Buck and Chris Lloyd’s papers attested to the ways in which community is shaped and strengthened through attention to collective traumas. Community is constantly regenerated in part because the collective memory of historical traumas is constantly returned to and tended to; as Chris Lloyd pointed out, memory is always moving—when it stops, it is forgotten. This powerful statement speaks well to the processes of memorialisation that Lloyd identifies in Alabama’s National Memorial for Peace and Justice and Everett’s The Trees, but it also gets to the heart of Simon Buck’s exploration of the Music Maker Relief Foundation. Taking up memory as a process in constantly motion, Buck’s paper showed how traumas and injustices can be expedited from the past to the present day. Revitalising culture through initiatives like the Music Maker Relief Foundation emphasises how active, collective approaches to memory can redress inequalities and amplify political dissent on a local, community level. 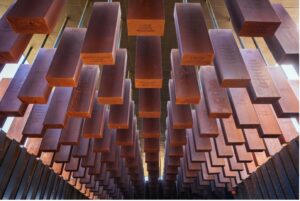 On the other hand, as Siân Round’s paper argued, Southern identity is particularly attuned to outside perceptions. Several papers agreed that satire and irony operate as modes to address and re-appropriate the stereotypes attached to Southernness. Round’s paper exemplified how Southern little magazines parody what were seen as the pretensions of the transatlantic little magazine movement. In doing so, Round argued, they parody the voices that fix Southern identity as ‘backwards’ and allow their own identity to emerge from this relation. Similarly, Robyn Shooter’s paper spoke to the kitsch and camp of Dolly Parton and June Carter Cash’s music, arguing that these aesthetics should be embraced as ways to deliver a unique sense of nostalgia for home, community and Appalachian identity.

The Q&A gave rise to some vital questions about the geographical and cultural parameters of Southernness, and the panel sought to tease out what separates certain cultural and historical markers of Southernness from broader American identity. It was noted that often the South is invoked as a repository for perceived negative attributes of ‘Americanness’. While this outside perspective risks homogenising Southern identity, it also creates the conditions from which this stereotyping can be challenged. As it was argued during the panel, ‘it’s a South of many Souths’—and the idiosyncrasies of regional Southern identities act in contradistinction to the dismissive and homogenising clichés brought against the South both from within the US and from abroad.

The perception of Southern identity from the outside was a prevalent theme during the panel, especially given the panellists’ positionalities as British scholars working in Southern studies. One of the benefits of the roundtable was to draw the audience into meaningful discussion with the panellists, and it was interesting to listen to thoughtful exchanges on the topic of Southernness between scholars from Britain and America alike. While, as observers from afar, British scholars of America encounter certain limitations from their positionalities, the ‘outsider perspective’ also brings huge strengths to our scholarship. This was emphasised in each paper, which offered fresh vantage points from which to consider the shape of the South in the twenty-first century. Each paper brought to light how Southern identity is shaped and reshaped from a diversity of angles, and through the mediation and remediation of the past. The roundtable format, by inviting manifold voices from in and outside the South, enabled the panellists’ assertions to be put dynamically into practice.

Review: SSAWW 2015 Conference: 'Liminal Spaces, Hybrid Lives'
Book Review: The Age of Hiroshima edited by Michael D. Gordin and G. John Ikenberry
Review of 25th Annual Conference of American Literature Association 2014
Literature, Education and the Sciences of the Mind in Britain and America, 1850 – 1950
Book Review: Slavery at Sea by Sowande' M. Mustakeem
Review: Queer Subjects and the Contemporary United States
Review: Borders vs. Bridges: Nationalism and Transnationalism in the Americas
Book Review: Radicals In America: The U. S. Left Since The Second World War By Howard Brick and Chri...