Over recent years, American democratic socialism has experienced a remarkable revival. This includes Bernie Sanders and Alexandria Ocasio-Cortez’s electoral success, but also the transformation of institutions like the Democratic Socialists of America (DSA) from a 6,000-member organisation with an average age of 68 in the mid-2010s to a 94,915-strong group with an average age of 33 by 2021. But as Gary Dorrien uncovers in American Democratic Socialism: History, Politics, Religion and Theory, this politics has a history that stretches back long before today.   Continue reading

This article is adapted from a presentation given at BAAS Postgraduate Symposium, 4th December 2021. Among the many subplots in Gloria Naylor’s 1985 novel Linden Hills is the story of Willa, who finds herself imprisoned in the basement of her house with her son because her husband, Luther Needed,… Continue reading 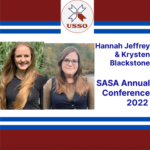 The next episode in our new series Eyes On Events, this week we are interviewing Krysten Blackstone and Hannah Jeffrey about the upcoming Scottish Association for the Study of Americas (SASA) Annual Conference.  The conference is being held on the 5th of March 2022, with a week of events beforehand. You… Continue reading

McKenzie Wark’s work over the last decade and a half has delved into a remarkably vast array of themes and problems, running the gamut from the politics of forms of communication, to the relevance of early Soviet thought in the Anthropocene, via a series of books on the Situationist International. If there has been a common thread to these studies, it may be Wark’s account of low theory—a compellingly protean articulation of the possibilities for theoretical production from below, beyond the canonisation of High Theory. Continue reading 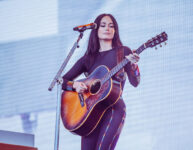 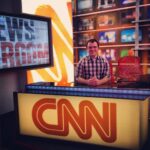 This article is adapted from a presentation given at BAAS Postgraduate Symposium, 4th December 2021. This paper argues that by re-thinking ideas of how journalists decide what is and is not news through an intersectional lens, scholars will be better placed to evaluate journalism’s ability to accurately represent the communities… Continue reading 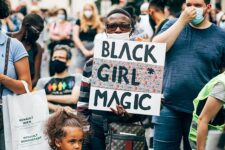 One distinct advantage of the breadth of a field like American Studies is that the same prompt may be honestly engaged by a host of scholars without fear of repetition, only resonance. The unifying theme of the 2021 BAAS postgraduate symposium was ‘Visibility/Invisibility: Representation and Community Formation in American Studies’.… Continue reading

When Nadine Hubbs wrote an additional verse to Dolly Parton’s ‘Jolene’ with the lyric: ‘It’s true that my man found you first / You awakened such a thirst / Now you’re the only one for me, Jolene’, the song’s homoerotic and queer subtext became explicit. [i] This was one example… Continue reading