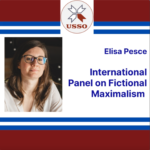 The next episode in our series Eyes On Events, this week we are interviewing Elisa Pesce about the upcoming International Panel on Fictional Maximalisms and the Americas: New Voices, New Perspectives. The panel is being held on the 11th of April 2022, online via Zoom. To join, email Elisa at e.pesce.1@research.gla.ac.uk for further… Continue reading

The annual conference of the Scottish Association for the Studies of America once again collated a wide variety of research, PhD chapters and other works in progress from wide variety of academics and postgraduate researchers. And as SASA recognizes the broadness of American Studies and therefore does not call for… Continue reading 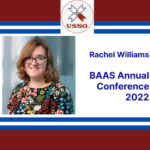 The next episode in our series Eyes On Events, this week we are interviewing Rachel Williams about the upcoming BAAS Annual Conference. This week we discuss sharing a call for papers, organising the practicalities of a conference, and adopting a hybrid approach. The British Association for American Studies’s 67th Annual Convention is being… Continue reading 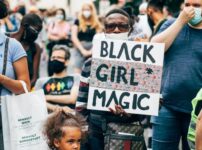 This article is adapted from the keynote presentation given at BAAS Postgraduate Symposium, 4th December 2021. The ‘Black Girl Magic’ movement is an opportunity both to celebrate what is means to be a Black woman and also challenge the oppressional practices and contemporary issues that affect them and their community.… Continue reading

The Trump presidency was a period of unrelenting drama. Trump was often joined at centre stage by members of his own administration, cast as his adversaries. He described these previously anonymous bureaucrats as members of a hidden ‘Deep State’ within the government scheming to undermine his control over the executive branch.[1] Trump viewed the Article II vesting clause, which states that ‘[t]he executive power shall be vested in a President of the United States’ as having lodged all executive power in the presidency and, under that unitary executive theory, considered any resistance to his will to be a constitutional offence. He moved to stamp out all opposition within the government; frequently, as if to confirm Trump’s allegations of a rogue bureaucracy, the bureaucracy fought back. Continue reading 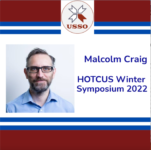 The next episode in our series Eyes On Events, this week we are interviewing Malcolm Craig about the upcoming HOTCUS 2022 Winter Symposium: The Manhattan Project Turns 80: Reflections on the Nuclear Age. The conference is being held on the 12th of March 2022, in-person at Liverpool John Moores University. More details… Continue reading 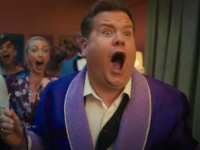 Among all the necessary and welcome debates around identity in contemporary culture, few have been more pronounced in theatre and film than that of who should be cast to play characters of marginalised identities. From gender identity and religious beliefs to nationality and disability, this issue is occurring with increasing… Continue reading 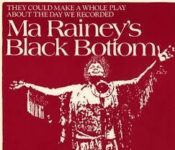 Play to film adaptations have fallen in prestige and numbers in recent years, and one of the main reasons for this is the decline in popularity of plays that can be adapted. For example, A Streetcar Named Desire was the 5th highest grossing film of 1951[i] while Fences was the… Continue reading 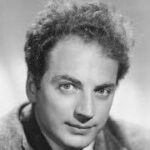 On September 6th 1936, The New York Times went to print with an article entitled: “Odets, Where is Thy Sting?”[i] Reflecting on the recent reception of Clifford Odets’s The General Died at Dawn (1936), Frank Nugent described the enthusiasm of the audiences who had come to see the Broadway playwright’s… Continue reading

The adaptation of plays into films has been a core part of Hollywood’s output in the 95 years since the introduction of sound into cinema. In this time a huge number of the cinema’s finest and best-regarded works have begun life on the stage, Broadway or otherwise. Despite this… Continue reading