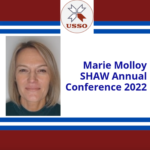 The next episode in our series Eyes On Events, this week we are interviewing Marie Molloy about the upcoming Society for the History of Women in the Americas (SHAW) Annual Conference: Black Women’s Activism in the Americas. This event is taking place at the Eccles Centre at the British Library. The conference… Continue reading 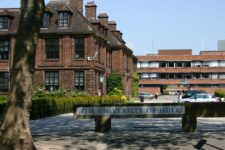 ‘Surveillance, Technology, and Discrimination in Literature and Culture Across the Americas’, British Association for American Studies Conference 2022, University of Hull, 21-23 April 2022 Surveillance and dystopian futures are increasingly urgent and generative areas of research for scholars of the contemporary Americas. Just recently, headlines have been dominated by the… Continue reading

In the last thirty-five years, there has been a good deal of study of the relationship between language and multiculturalism, and between multiculturalism and contemporary literature. In ‘Language, Multiculturalism, and Identity: A Canadian Study’, a survey conducted by John Edwards and Joan Chisholm, the authors raise the probability of a… Continue reading 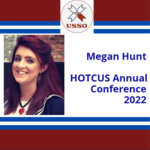 The next episode in our series Eyes On Events, this week we are interviewing Megan Hunt about the upcoming HOTCUS Annual Conference at the University of Edinburgh. The conference is being held from the 22nd to 24th of June, in a hybrid format, and so attendance is possible either in-person or online. More… Continue reading 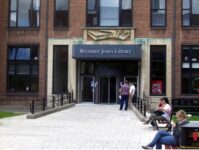 I am grateful to have been recipient of a BAAS Founders’ Award – the support has been invaluable to my research into the early uses of amateur colour film. The BAAS Founders’ Award provides UK scholars with financial assistance for research travel and invited conference presentations, and more recently has… Continue reading

For scholars of the works of William Faulkner, his preoccupation with mortality may be best thought of as an attempt to evade, and even deny, the subject of his own death by, instead, creating an immortal presence and literary legacy through his body of work.[1] Faulkner, however, proposes that fiction was not simply a means of escaping death’s inevitability. ‘Man will not merely endure,’ as stated aptly by Faulkner in his 1950 speech as the recipient for the Nobel Prize in Literature, ‘he will prevail’.[2] With this sentiment in mind, Ahmed Honeini’s William Faulkner and Mortality: A Fine Dead Sound offers the first full-length study of mortality in Faulkner’s fiction. Continue reading