“Money, That’s What I Want”: Who Benefitted from the Crossover of African American Musicians in the 1960s?

Throughout June 2016,  U.S. Studies Online will be publishing a series of posts to mark African American Music Appreciation Month. In the second post, Glen Whitcroft explores race relations and the commercial success of African American musicians in the 1950s and 1960s.

Throughout the twentieth century, the American music industry was plagued by issues of race, segregation and inequality; much like America itself. As the century progressed, music became a significant indicator of race relations and a willingness within the majority of the United States to racially integrate. This is exemplified through the growing ability for African American musicians to crossover to mainstream audiences. Scholar Phillip Harper defines the term ‘crossover’ as an act’s achievement of commercial success due to its appeal across racial boundaries.[1] Although there is evidence that confirms black artists were to shift into the mainstream early into the twentieth century, it was not until the mid-century that black musicians infiltrated the mainstream market. Artists such as Ray Charles, Sam Cooke and a plethora of Motown artists were able to charm white consumers and audiences. This article intends to spark a conversation as to whether an African American cultural and musical crossover with white audiences represented a breaking down of the walls of race and furthered racial integration; or whether the dominance of the music industry by white executives and managers lead to further racial exploitation of African Americans. 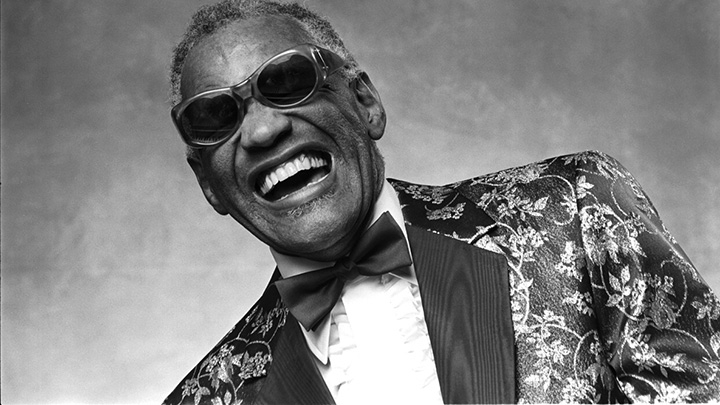 Ray Charles was one of a selection of African American musicians who gained crossover success. Credit: Courtesy of Norman Seef

By the late 1950s a number of musicians, who were originally rooted in the gospel tradition – most notably Ray Charles and Sam Cooke – moved to a flirtation with the secular. This ultimately created the phenomena of soul music. Charles in particular was known for taking spiritual songs and adapting them for secular listeners, achieving unprecedented success with both black and white audiences.[2] Music writer and critic Peter Guralnick productively summarises this shift, commenting that, ‘if you listen to the clunkety rhythms of ‘I Got a Woman’ today, it’s hard to imagine the impact that it had in 1954 and 1955 for blacks and whites… the very stratagem of adapting a traditional gospel song, putting secular lyrics to it, and then delivering it with all the attendant fanfare of a Pentecostal service was, simply, staggering’.[3]

Appealing to the white audience brought more prestige, money and fame, and as historian Ulrich Adelt argues, ‘an all-black audience represents obscurity and failure, whereas a crossover to mainstream or white audiences equals the ultimate success in America.’[4] Cooke succeeded in reaching out to the white audience with a string of hits beginning with You Send Me and culminating in A Change Is Gonna Come, which was released eleven days after his death. Guralnick suggests that, ‘with his matinee-idol good looks, liltingly graceful voice, sophisticated manner, and effortless delivery’, Cooke was the ‘logical stylistic choice’ to achieve crossover success, highlighting the importance of image, something that would later come to the forefront throughout the Motown era.[5]

Whilst artists such as Charles and Cooke were becoming increasingly accepted by mainstream audiences, questions still arise over the extent to which this corresponded with racial ‘advancement’.  Jerma Jackson attempts to address this by noting how, for African Americans, ‘[…] music that had once been under the exclusive auspices of their own communities gradually emerged as a product whose control was increasingly shared with a group of profit-minded outsiders, most of whom were white men.’[6] Although instances of musical crossover can be interpreted as evidence of racial integration and advancement, the fact that the American music industry was so dominated by white men suggests that music was just another method of racial exploitation rather than racial advancement.  Simon Jones usefully frames this problematic, suggesting that a ‘fundamental paradox’ exists between black musicians and the white audience, wherein, ‘musical forms [are] forged out of the specificities of racial oppression’. He uses this paradox to highlight a contradiction between music’s role as a, ‘crucial means through which blacks have celebrated their survival, affirmed their identities, and expressed their collective aspirations’, and the attitude of white audiences who have seen black musicians as, ‘merely objects of pleasure and spectacles of “entertainment”’. Significantly, Jones goes on to state that this contradiction, whilst having its origins in slavery, ‘[…] runs throughout the entire history of popular music.’[7]  Although there is no negating African Americans were ‘merely objects of pleasure’, arguing that this notion ‘runs throughout the entire history of popular music’ is disputable. Lawrence Levine, in his landmark work Black Culture and Black Consciousness (1977) addressed this by commenting,

…if emancipation opened up unprecedented opportunities for acculturation and accommodation, the freedmen did not necessarily exploit them either uniformly or immediately. Indeed, one of the first results of emancipation in a number of areas of black life and culture was the intensification of black separatism.[8] 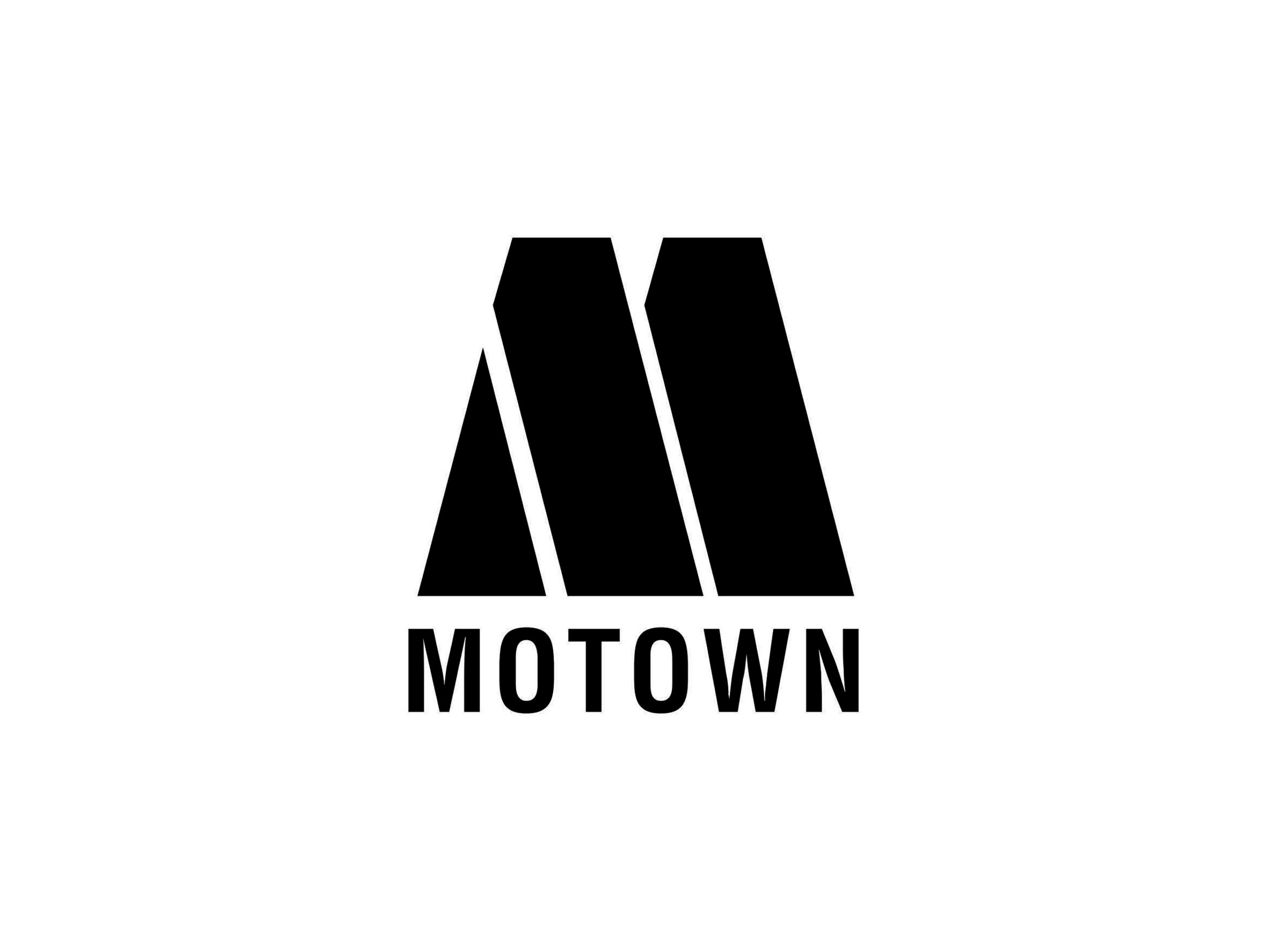 Undeniably, evidence suggests there are incidents whereby black music and culture has been exploited – from slavery right through to modern day – however Jones’s insinuation that such exploitation runs throughout the entire course of black music history is flawed. As Levine suggests, from the inception of freedom, there existed an element of black separatism in regards to black culture and various other aspects of black life.

The 1960s would see an unprecedented crossover of black artists onto the mainstream pop charts, most evident through the successes of Berry Gordy’s Motown Records. Gordy made it a priority for artists affiliated with Motown to appeal to the white masses. Cultural historian Brian Ward alludes to the fact that,  ‘there is no evidence that any black-orientated label or Rhythm and Blues artist ever sought anything less than the widest possible commercial success,’ highlighting that ‘it is nonetheless true that Berry Gordy went to extraordinary, often hugely creative, lengths to give his performers the opportunity to make it with white audiences.’[9]

The sound, image and presentation of black cultural forms were often diluted by Gordy — which generated much scrutiny toward himself, Motown and their musical output. Cultural critic Jaap Kooijman observed how, ‘Gordy’s sensitivity to white sensibilities was not only shown by the grooming of the Motown artists but also by his ‘sweetening’ of the music and his discouragement of politically controversial songs to avoid disturbing white audiences.’[10] Going further, Arnold Shaw suggests that Motown music actually represents a ‘white synthesis’ of traditional black forms, facilitating their acceptance by a white market, describing the songs as ‘light and fluffy… [they are] hardly soul food, but rather a dish for which white listeners have acquired a taste.’[11]

Regardless of Gordy’s intentions, many Motown artists believe their work, artistry and crossover appeal had a major impact on the advancement of African Americans in society. In an interview in February 2009, Motown recording artist Smokey Robinson reflected,

Into the ’60s, I was still not of a frame of mind that we were not only making music, we were making history. But I did recognize the impact because acts were going all over the world at that time. I recognized the bridges that we crossed, the racial problems and the barriers that we broke down with music. I recognized that because I lived it. I would come to the South in the early days of Motown and the audiences would be segregated. Then they started to get the Motown music and we would go back and the audiences were integrated and the kids were dancing together and holding hands.[12]

Palpably, Motown musicians were successful not only on the music charts, but socially too. Their music was breaking down barriers and bridging the gap between blacks and whites across America. Similarly, Martha Reeves – lead singer of Motown girl group Martha and the Vandellas – echoes how in the South,

…they were very surprised how hatred and prejudice, kind of engulfed our relationships there, but it changed once the music started. I have been in front of a Confederate flag on stage with it in back of me and watch a segregated audience integrate with the music and not know where they were sitting when the music started.[13]

Although Motown and the music it produced has been heavily criticised for its attenuation of traditional black cultural expression, and a lack of active participation on Gordy’s behalf in the civil rights movement, the artists themselves felt they made a significant contribution to black advancement and the quest for civil rights. Reeves’s vivid account of watching a racially segregated audience integrate when the music starts is testament to this.

The Image: Reaching a White Audience

As Harper has noted, ‘crossover and its supporting structures are multi-media, multi-sensory phenomena.’[14] For artists to crossover successfully, music, although a crucial element, was not the only piece to the puzzle. The advent of television along with increased emphasis on image and presentation, contributed to the ability for Motown artists to crossover to white audiences. This is particularly the case for Diana Ross and the Supremes. Increased presence on television, a carefully tailored image, and lessons in etiquette and enunciation, all contributed to the successes of Ross and a wide range of Motown artists. The importance of image is also illustrative of black advancement in the 1960s. In the early part of the decade, the decision was made not to include the pictures of Motown artists Mary Wells and the Marvelettes on their album – on the basis that white record store owners in the South would be more likely to sell it.

Questions arise however, over how potent the infiltration of the mainstream was for African American advancement. If white music executives were benefitting the most fiscally and black artists had to tone down musical outputs in order to achieve crossover success, were African Americans really advancing socially? Unquestionably, yes. Gordy, and indeed Al Bell (co-owner of Stax Records), were African American men that successfully tackled the racial politics of the music industry in the 1960s. Beyond this, criticisms of the musical productions of Motown have been harsh – yes, they may not have been authentically or typically ‘black’ in comparison to Stax, however they undoubtedly featured elements of black tradition and were presented to white audiences in a way that allowed for a greater acceptance of black culture in society.

[2] Songs such as ‘I Got A Woman’ and ‘This Little Girl of Mine’ were adapted from gospel spiritual songs ‘It Must Be Jesus’ and ‘This Little Light of Mine’ respectively. These songs are often considered prototypes for what would later be referred to as soul music.

Glen Whitcroft is a current PhD student at Northumbria University, working under the supervision of Professor Brian Ward. His research interests are rooted generally in African American music, with emphasis on its social and political impact. Following on from research conducted with Catherine Clinton at Queen's University Belfast, his PhD research topic is entitled 'We Shall Overcome: Music, Protest, and the Quest for Civil Rights in the United States and Northern Ireland, 1955-1975.'
View all posts by Glen Whitcroft →
Tagged  African American Culture, Black History, C20, Cultural History, Music.
Bookmark the permalink.