Mexican Migration in the Fiction of William Attaway

This essay is the first in our series, ‘Literature, Visual Imagery and Material Culture in American Studies’. The series seeks to situate literature, visual imagery and material culture at the heart of American studies, and will explore the varying ways in which written and non-written sources have been created, politicised, exploited, and celebrated by the diverse peoples of the United States and beyond. You can find out more information here. 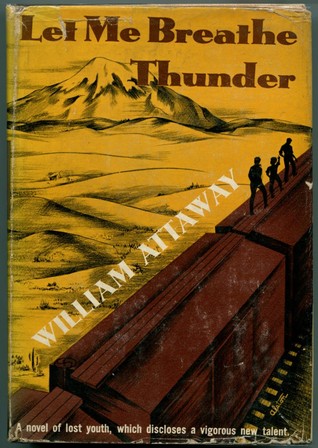 With Donald Trump willing to shut down the US government for a record stretch of time in order to push his agenda of building a border wall, the issue of Mexican migration has never appeared more central to US politics. Yet the US-Mexico border has long been a site of intense contestation, and Trump is certainly not the first president to demagogically link it with the dearth of quality jobs for working-class Americans. As activists strive to build an appropriately multiracial, working-class resistance for his twenty-first century racism, the historical imprint left on the literature of African-American radicalism by the long history of Mexican migration – and repressive American state repatriation programs – deserves some spotlight.

William Attaway is a relatively little-known Black writer of the 1930s and 1940s, associated with the same political circles and aesthetic styles as his celebrity acquaintance Richard Wright. His work is nevertheless resonant with many contemporary concerns. In his two novels – 1939’s Let Me Breathe Thunder and the more mature Blood on the Forge, published in 1941 – Mexicans provide much of the emotional and symbolic punch, but are also a key component of his social critique.[1] Attaway’s works are animated by his personal experience as a labour organiser in the American West; his ethnographic work among Black industrial proletarians of the Great Migration, inspired by Chicago school sociologists such as Robert Park; and his pessimistic take on the possibilities for a multiracial labour movement, even as the Communist Party helped guide the formation of the newly-established Congress of Industrial Organizations (CIO).[2]

The two books are strikingly different in many respects. Let Me Breathe Thunder is a Steinbeckian tale of white migrants in the 1930s Northwest, heavy with Biblical allegory and twisted into a Scottsboro-type lynching story in the final third. Blood on the Forgeis a more sure-footed novel about African-American migration to northern industrial towns in 1919, a year in which the globe was still reeling from the First World War, and which saw the US rocked by waves of industrial unrest and racial violence. 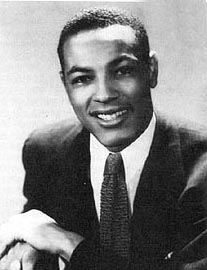 However, to understand the position of Mexican migration in Attaway’s imaginary it is best to start with a focus on the continuities between the two books. In both, the primary female character is called Anna. Let Me Breathe Thunder’s Anna is a pretty, innocent white farm girl who tempts the rugged migrant worker Step into an act of sexual violence. In Attaway’s sophomore, Anna becomes an adolescent Mexican prostitute who is again made the victim of the frustrated masculinity of the African-American sharecropper-turned-mill worker, Big Mat. In the process of this ethnic reworking, the Anna character absorbs some of the characteristics of Hi-Boy, a Mexican child in Let Me Breathe Thunder who travels with the two white boys. Like Hi-Boy, the Mexican Anna is childish and is tied symbolically to the elusive dream of settled domesticity. Hi-Boy’s death at the end of Let Me Breathe Thunder signals the white boys’ failure to break out of the destructive pattern of displacement created by the economic collapse, and similarly Blood on the Forge’s Anna helps to break apart the familial link between the Moss brothers – the three siblings at the heart of the story– as well as the marital bond between Big Mat and his Southern wife.

The presence of these Mexican characters allows Attaway, who in each of his novels evinces a strong sense of place, the opportunity to reflect on the impact of American political and economic arrangements beyond its national borders. At the same time, their stereotypical characterisation reveals limits to Attaway’s creative engagement with non-American racialized subjects.

In Attaway’s debut, Hi-Boy is characterised as an instinctual, carefree, otherworldly, and innocent foil to the brooding and violent menace of his guardian, Step. His protection is the unspoken moral mission of the novel’s principle adult characters. But when the action reaches its climax, the hardships of an unsettled life take their toll. Hi-Boy dies and the story ends with his two white guardians sending his body on a train back south from where he had come, to the borderland town of Las Cruces, New Mexico.[3] The ending centres Hi-Boy not only as a metaphoric and emotional element of the novel, but as integral to its social critique. He is, after all, not only a victim of the migrant workers’ lifestyle and choices, but of the economic and political forces which had set his family across the border in the first place. In the course of the story, we learn that after a racist attack left them destitute, Hi-Boy’s family resorted to thieving from freight trains and were caught and imprisoned by an American official.[4] Hi-Boy’s story therefore enables Attaway to broaden his social critique and his depiction of American racial dynamics, targeting the American state and whites in the Southwest for their persecution of impoverished Mexican migrants. 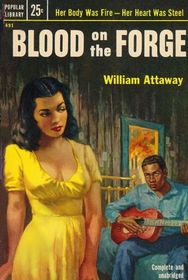 In Blood on the Forge, this critique is deepened. When the Moss brothers arrive in a steel town on the Monongahela River near Pittsburgh, it is very quickly made clear that the Mexican part of town is synonymous with vice industries – gambling, fighting, and prostitution. It is as a young prostitute that we first meet Anna, who later tells the story of her life. Anna reminisces about growing up as an impoverished peon in rural Mexico. She recalls living barefoot as American tourists drove by in cars and photographed her alongside the goats. She became preoccupied with the trappings of wealth displayed by the Americans and dreamed of wearing high-heeled shoes. This desire drove her to leave Mexico when her aunt wrote for her to come north and live the luxurious life of an American.[5] Only on arrival did Anna realise that the promise of America was a false one, that she was to be exploited by her aunt, and that even when she moved in with Big Mat and he bought her the shoes and clothes she desired, she would still have to live a life of domestic drudgery.

When the novel reaches its climax, Anna expresses her dissatisfaction with her life to Mat in revealing terms, describing him as a ‘black peon’ who simply happens to work at a mill instead of on the ground.[6] She denies his Americanness because he lacks the big house and nice car of “real” Americans. Mat, whose tragedy in the book is rooted in his inability to see any other social logic at work than a racial one, hears these attacks on his class status and nationality as echoes of the racism of the American South. He savagely beats Anna, and later dies while attacking a group of striking workers in the same rage that Anna had helped provoke.

Here again, Attaway’s writing of a Mexican into a major role enables him to shine light on Mexican experiences and American realities. He attempts to give voice to the experiences of Mexican migrants, seeing them as corrupted by the creeping penetration of American culture and drawn by false promises to move to an ugly industrial nation in which they are degraded, exploited, and marginal. At the same time, he reveals important aspects of the class and national dynamics of American identity, noting that one’s exclusion from conspicuous consumption and from whiteness undermines one’s claim to Americanness. All of this becomes connected via Mat to Attaway’s racial pessimism. He locates the tragedy of the Northern American proletariat in the mangling of class consciousness which results from the lasting psychological scars of the Jim Crow South, memory of which structures African-Americans’ social understanding even after they move north. The psychological dynamics of race are thereby key to the struggle – typically located on the plane of ideology – to build working-class solidarity.

The gendered nature of Attaway’s critique ought to be noted, too. The transformation of Anna from a simple peasant girl into a manipulative, acquisitive, and abused young woman, whose broken English consistently renders her childlike and who is often described using rustic metaphors, falls short of the psychological complexity of male characters like the brothers Mat and Melody. Indeed, it edges very near to racist caricature at times. When paired with Let Me Breathe Thunder’s Hi-Boy – an innocent, otherworldly, musical child – it becomes clear that despite the progressive political intent behind Attaway’s Mexican characters, he fails to break some of the racialised and gendered moulds of American culture at large.

The years since the publication of Attaway’s writing have not seen a canonisation of his work akin to those of other Black writers of his time. Indeed, during the 1950s his novels were reissued as pulp fiction which buried the political context of their generation beneath sexist marketing and sensationalism.[7] But since Attaway left the literary scene there has been a deepening and broadening of African-American-Mexican solidarities. California rappers YG and Nipsey Hussle, whose song ‘FDT’ is an anthem of anti-Trump feeling, testify to this when they insist that ‘It wouldn’t be the USA without Mexicans / And if it’s time to team up, shit, let’s begin’.[8] Such sentiments can be understood in a long lineage – shared with Attaway – of anti-racist, cross-ethnic cultural protest which seeks to articulate solidarity against constructed difference.

Owen Walsh is in the third year of his PhD at the University of Leeds, and holds an MA in Race and Resistance from the same institution. His current research project looks at 1930s Black internationalism with a focus on the West Coast. He uses Black Westernness and the Black Pacific as frames through which to view the radicalism of numerous cultural producers. You can find him on Twitter @otwalsh.
View all posts by Owen Walsh →
Tagged  African American History, Black History, C20, immigration, Literature, mexican history, migration, Race.
Bookmark the permalink.