Home » Research » History » Meet Me at the Fair: the Native-American Model School, the Philippine Reservation and Maintenance of the Colour Line at St. Louis’s World’s Fair

Meet Me at the Fair: the Native-American Model School, the Philippine Reservation and Maintenance of the Colour Line at St. Louis’s World’s Fair

Throughout November 2015, U.S. Studies Online will be publishing a series of posts to mark Native American Heritage Month. In the this post, Katie Myerscough (University of Manchester) discusses the problematic portrayal of Native Americans and indigenous Filipinos at the 1904 St. Louis World’s Fair. 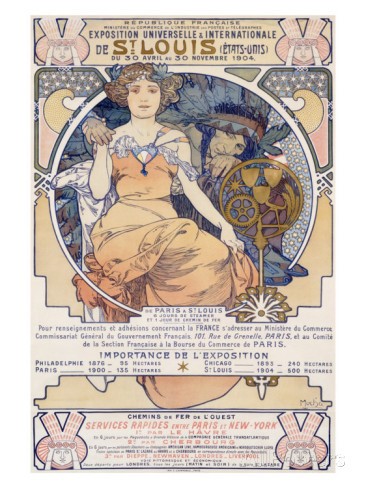 The image chosen to advertise the 1904 St. Louis World’s Fair was a despondent Native American, fading before the viewer’s eyes, slumped behind a resplendent and illuminated white woman. The image conveyed the Fair’s themes and meanings: firstly, that the United States was a rightful and benevolent imperial power and protector of her growing number of wards, who included Native Americans; secondly, that as their protector the United States would provide appropriate education and instruction at the Fair’s ‘White City’; and thirdly, that the ‘New Woman’ in the image was fully engaged with the expanding mass market and would act as a beacon guiding Native Americans towards the citizenship expected of them. For both women and Native Americans U.S citizenship would be conferred via engagement with commercial culture not in active participation in the formal political sphere.

The image of the frail ‘traditional’ Indian was not the only one provided to fairgoers. There were examples of flourishing ‘New Indians’ too. The juxtaposition of ‘traditional’ and ‘New Indians’ at the Fair reveal concerns about racial categorisation and the effort to maintain white supremacy in both the expanding American empire and within the United States. 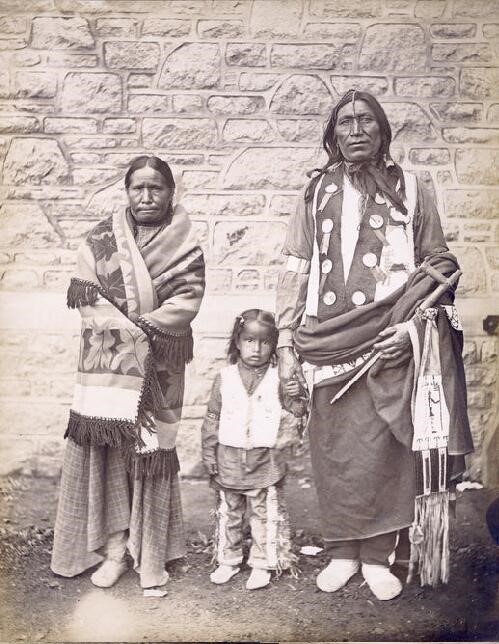 The Fair celebrated the centennial of the Louisiana Purchase, which had seen a vast increase in U.S. land ownership in the West; displaced Native Americans stood as testimony to the consequences of the expansion of the United States. Fair organisers did not dwell on this; instead they used Native Americans to show the supposed benefits of Federal intervention and influence. Native Americans lived at the Fair as human exhibits. An Indian School was set up at the Fair, at which visitors could observe lessons, and the ‘improvements’ made by the young pupils were lauded by the press. Visitors could watch Indians making oaths to the American flag at particular times of the day, highlighting the School’s carefully orchestrated and managed performative nature.

The careful placement of the school next to the tepees of older Native Americans, who dressed in ceremonial garb and made traditional wares underlined the point that the old ways were dying out, and the ‘New Indian’ was the future. Making weapons was re-classified as ‘craftwork’, harmless and parochial. Amongst the elders on display was the defeated Geronimo. This display of once-feared warriors provided a visual lesson for peoples of lands, such as Cuba and the Philippines, who might be considering resistance to increased U.S intervention. 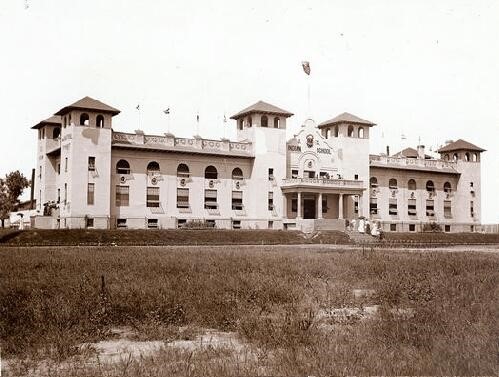 The Native American elders were living, breathing examples of statues of Indians displayed throughout the White City (the government and state sponsored buildings which formed the heart of the Fair), unchanging and immoveable (although the marble quality of the statues was another illusion, as they were mostly made of degradable chaff). The inclusion of Indian statues at the centre of the White City was problematic; did it mean that they had a rightful place there? The statues shared space with replicas of classical sculptures (such as images of Grace, Virtue, and Justice); did that suggest that Indians had the same status and importance? Although the positioning and themes of the Indian statues suggests different readings of Native Americans, the central aim of the statuary was mainly achieved; the ‘traditional’ Indian would be made into myth, and would become a concept and eternal emblem, rather than a real person living in America.[1] The only living Indians of concern were the ‘New Indians’ at the School.

Alan Trachtenberg has argued that Native Americans at the turn of the twentieth century defined the outer margins of America.[2] Having been fetishised as both symbol and embodiment of a simpler America, Native Americans were incorporated into modern America only on the condition that they engage with and demonstrate self-improvement. American character would no longer be shaped by involvement in the frontier (Frederick Jackson Turner had announced its closing at the World’s Fair in Chicago in 1893); rather, the frontier (as embodied by Indians) had returned, and its freedom and ideals would invigorate an America mired in modernity. For the Indians to be accepted, they would have to become wards; they the children of the nation were incapable of becoming self-determining adults. Otherwise, they would become like statues, frozen in time – an embodiment of the West – gone and never to return. 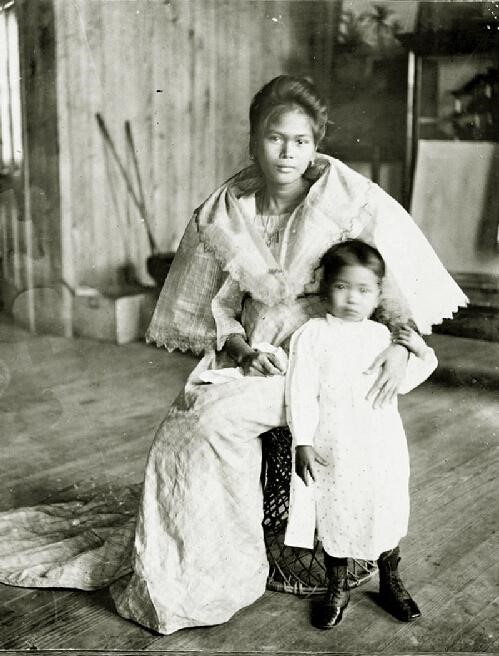 A member of the Visayan who were considered the most ‘civilised’ of the Philippine tribes on display at the Fair. Courtesy of Missouri History Museum.

There were other living exhibits on display at the Fair including indigenous people from the Philippines. They performed dances and demonstrations of their physical abilities. Robert Rydell has shown that the tribes were organised into hierarchies, and positioned according to how assimilated they were to white American manners and morals.[3] The pinnacle of that assimilation was the Philippine Constabulary, and their absolute opposite was the Negrito tribe. The Negritos were deemed too savage to ever assimilate. It was suggested that, like the traditional Indian, the Negrito would fade and die. Yet whilst Native American elders were deemed incapable of change, their sons and daughters were not, which was not the case for the Negritos, all of whom were denied the opportunity to demonstrate self-improvement and change by the Fair organisers. The ethnic, and implied racial, division between the Negrito and other Filipinos was constructed to maintain a binary division central to maintaining the exclusivity of whiteness: most tribes could aspire to being white, but the Negrito, like black Americans, never could.  Native Americans had fallen between the cracks of contemporary racial logic because the difference between blacks and whites had to be preserved. 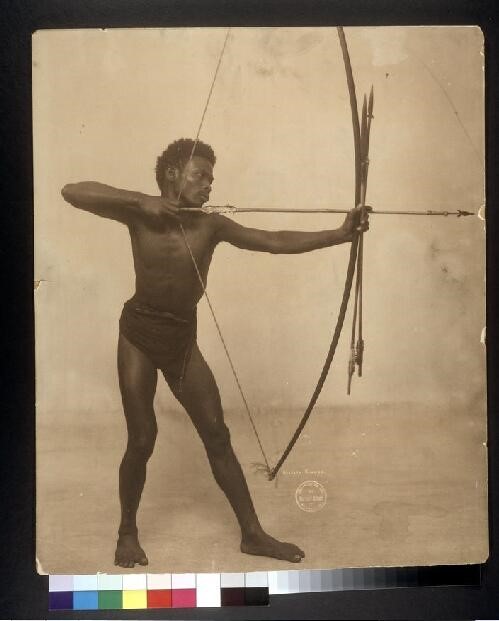 Tellingly, the Philippine area at the Fair was separated from the White City by a lake, and the area was frequently referred to as a reservation. The message was clear: young successful Native Americans had left their frontier reservations and accepted white instruction, and the majority of Filipinos could also choose to make the leap across their watery frontier, leave their reservation, and join the White City under the care of their imperial protectors. If not, they would be fated to remain trapped behind the colour line with the Negritos, unable to change.

[3] Robert Rydell, All The World’s a Fair: Visions of Empire at the American International Expositions, 1876-1916 (Chicago: University of Chicago Press, 1984).

I am a part-time PhD Candidate in English and American Studies at The University of Manchester. I am a graduate teaching assistant and I lead seminars in: American history to 1877; Reconstruction to Reagan; and an interdisciplinary module which looks at the African-American experience. My research interests include: urban history; city planning, particularly the City Beautiful movement; how urban space is used to create and enforce categories of race, class and gender; and the Progressive era. I also have an interest in American Gothic. I also work as a Human Resources Administrator at Marks and Spencer. If I can find any spare time I tend to use it drinking real ale and watching Netflix.
View all posts by Katie Myerscough →
Tagged  C20, Cultural History, History, Native Americans, World's Fair.
Bookmark the permalink.