Media Coverage and the Presidential Election of 2016: Introducing the Series

Much has been written about media coverage in American society since the beginning of the twentieth century, and much of it has been critical.  Arguably one of the most notable works is Noam Chomsky and Edward Hermann’s, Manufacturing Consent: The Political Economy of the Mass Media (1988), which outlines the power of corporate media on molding public opinion and enforcing national conformity.  However, since its publication thirty years ago, there has emerged a new form that has the potential to influence and reshape the impact of the media. The advent of the internet has led to an almost infinite choice of media outlets, from the large corporations, to the individual vlogger on YouTube.  Indeed, with the completion of the 2016 election leaving a large section of the American population viewing their government with skepticism and fear, many are looking for sites of information that support their positions of “resistance”.  Meanwhile, those who are supportive of Donald Trump and his administration are also looking for venues that support their viewpoints in the face of immense hostility. These developments are reshaping how the media, both traditional and alternative, interact with individuals in American society.

This series, ‘Media Coverage and the Presidential Election of 2016’, begins to explore the evolution of how Americans are using different platforms of media, how they perceive the media in its entirety, and how it has reacted to these changes. Alternative media — the vast majority of online content from written, audio, and video sources — is challenging the supremacy of the more traditional media outlets that are typically controlled by corporate sources. Today, Americans are gathering more information from sources that are either self-funded or supported by their viewers through donations and membership subscriptions.  This has rendered in some sense the criticisms of the media made by Chomsky and Hermann more apparent, as the greater variance in viewpoints and opinions makes previous news coverage seem homogenous and generic. Yet, it also makes their argument seem out of date, as it has since become evident that traditional corporate media no longer has absolute control over the flow of information. Furthermore, whilst alternative media may be breaking the conformity and relative control of information, the 2016 election has demonstrated that diversity does not necessarily translate into accuracy. Americans are now facing a new challenge as they choose their media outlets: are they receiving an accurate portrayal of the world they inhabit or are they being pandered to for greater viewership and funding? 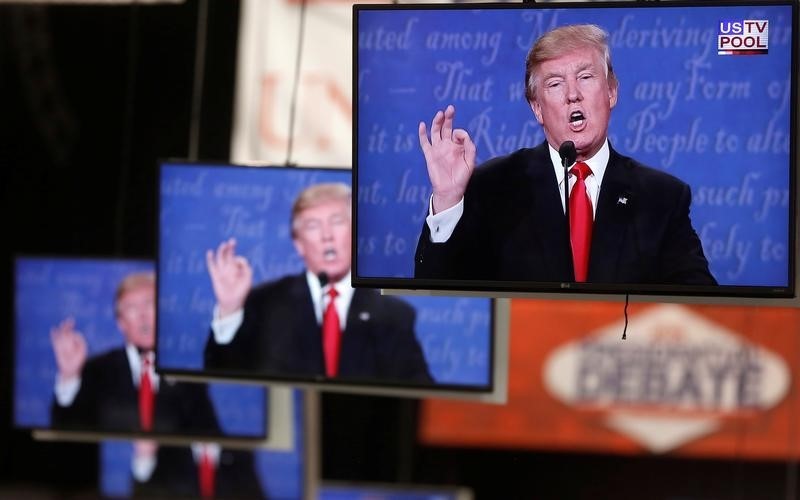 There was no candidate in the 2016 election that personified this great shift in media consumption than now-President Trump. Whilst Trump has been criticised for his aloof approach to policy, he did highlight, if unintentionally, some poignant points concerning media conformity and control over how individuals formulate their political positions[1]. Indeed, Trump’s statement that, “The press has become so dishonest that if we don’t talk about it, we are doing a tremendous disservice to the American People” seems significant when placed in the light of Manufacturing Consent, and could be said to mark a turning point in how Americans relate to power and authority.[2]However, instead of questioning authority and the arguments made by “the  press,” the Trump administration appears, even in its first weeks, to be doing exactly the same thing, but from an administration-friendly position. This has been exacerbated by a loss of public critical reflection in navigating media and differentiating between actual and virtual facts, as there is a tendancy to follow specific news sources that support and buttress personal viewpoints.[3] While the traditional press had its major flaws, there existed a level of accountability to individual journalists and editors that appears to be vanishing today.

The Clinton-Sanders nomination process for the Democratic ticket in 2016 also offered parallel instances of these developments in the media. While the Bernie Sanders campaign did have some faults and media blunders, it was the Hillary Clinton campaign against Sanders that was particularly enlightening. The allegations they created concerning the “Bernie Bros” and the implied misogyny associated with it was never justified or challenged with any substance in the Clinton-friendly media outlets.[4] There was also widespread disinformation spread about the protests at the Democratic Nevada Convention, with many Clinton surrogates stating that Bernie supporters had turned violent and willfully intimidated former Representative Barbara Boxer.[5] This turned out to be false and was read as an attempt to discredit the Sanders campaign.

With Trump as President and Steve Bannon as Chief Strategist, a founding member of Breitbart News, these developments in modern media risk becoming institutional problems as opposed to a transitional process in society. Furthermore, the use of Orwellian language such as, “the leaks are real,” but “the news is fake” set a precedent that makes it almost impossible for Americans to discern what is ‘real’ in the world around them.[6] In order to understand the path the media may take, it is important that we begin to consider how these developments are evolving and how Americans perceive both the media and themselves. 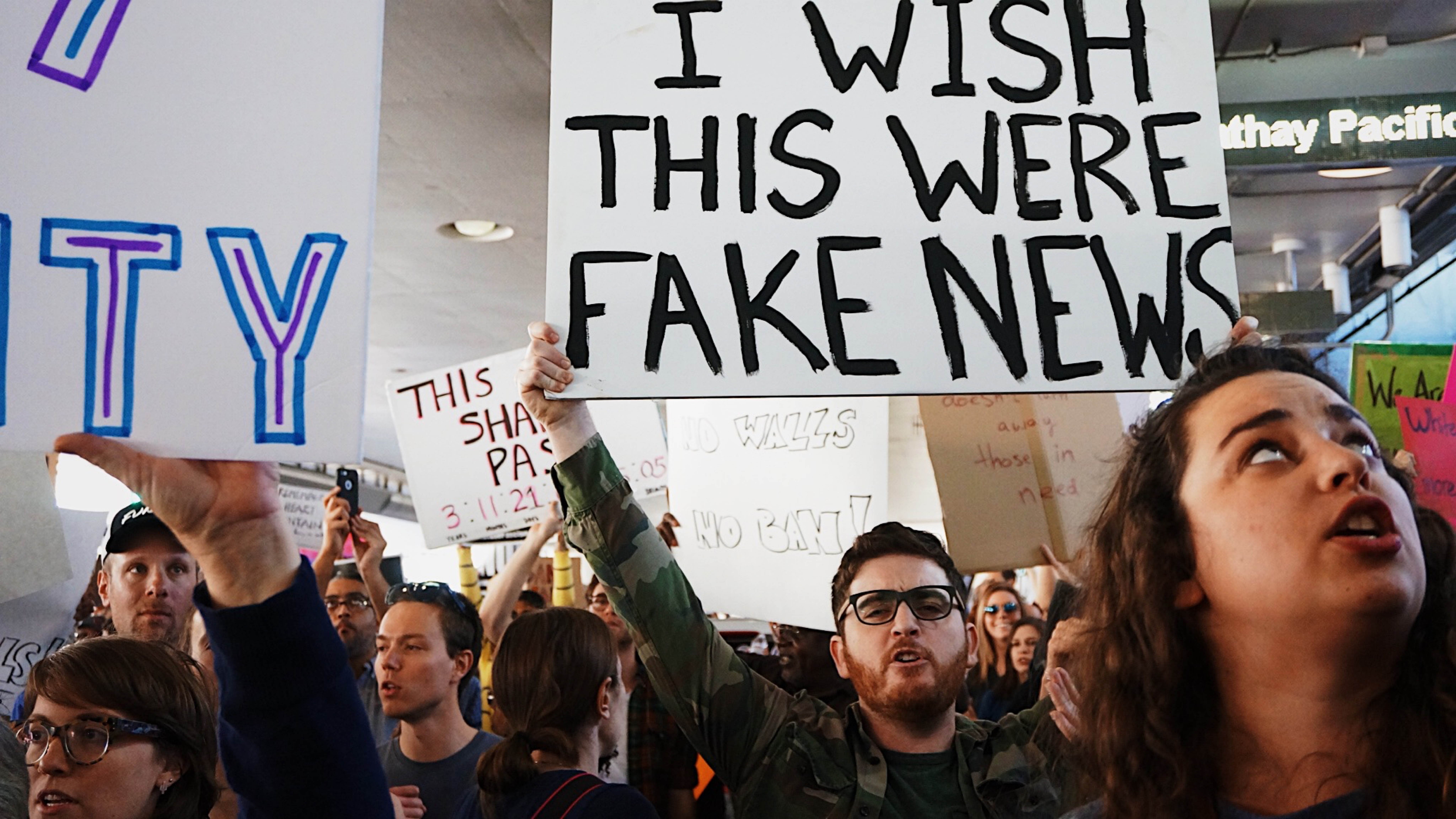 This series will attempt to do so over four articles that will be published in the coming weeks. The first is by Simon van Oort (University of Oxford) entitled, ‘”Strangers” Revisited: Reading Trump through John Higham’. Van Oort illuminates how any media from any time, including John Higham’s Strangers in the Land (1955), could be used to explain current events and the emergence of fake news today.  The second in the series is by Dr. Darren Reid (Coventry University), entitled ‘Documentary Donald: A Post-Mortem about Making a Documentary on the 2016 Presidential Election’, which provides insight not only into the tenuous relationship that President Trump has with the media, but also his supporters. Finally, the last article in the series is by Martin Walter (University of Nottingham) entitled, ‘Counterpublics and the New Dynamics of the Contemporary Conservatism: From the Tea Party to the Trump Movement’, demonstrates how control of the media has fractured and grassroots elements are starting to influence the national narrative.

[1] One of the best examples was Trump’s lack of knowledge concerning nuclear defence.  Josh Rogin, “In debate, Trump’s lack of Nuclear knowledge on display,” The Washington Post, https://www.washingtonpost.com/news/josh-rogin/wp/2016/09/28/in-debate-trumps-lack-of-nuclear-knowledge-on-display/?utm_term=.e89fe1221518, Published on 28 September 2016, viewed on 18 February 2017

[3] One example of these insular media sources is Alex Jones’ InfoWars.  http://www.infowars.com/

[4] Callum Borchers, “The Bernie Bros are out in full force harassing female reporters, The Washington Post, https://www.washingtonpost.com/news/the-fix/wp/2016/06/07/the-bernie-bros-are-out-in-full-force-harassing-female-reporters/?utm_term=.1751a015adea, Published on 7 June 2016, viewed on 18 February 2017

Dr. Alfred Cardone is an American living in Europe, taking advantage of the "outsider" perspective in order to understand his country's political system and how members of society interact within the United States. He received a BA in History from Bates College in Lewiston, Maine in 2002, an MA in Political Science from Northeastern University in Boston, Massachusetts in 2004, and recently received his Doctorate from King’s College, London in 2016. Alfred's research interests include populism, radical politics, and protest movements.
View all posts by Alfred Cardone →
Tagged  C21, Donald Trump, Fake News, Media, Politics, Presidents.
Bookmark the permalink.