“[L]ittle difficulties will get to be great difficulties”: Joel Palmer and the Office of Indian Affairs in the Oregon Territory, 1853-56

“[L]ittle difficulties will get to be great difficulties”: Joel Palmer and the Office of Indian Affairs in the Oregon Territory, 1853-56

This is the third post in a special series exploring and discussing artefacts from a selection of Adam Matthew Digital collections. This article uses primary sources from the ‘Frontier Life’ collection, which can be accessed here. Adam Matthew is pleased to be sponsoring the second British Association for American Studies Digital Essay Competition. The winner will receive £500 and one year’s access to an Adam Matthew primary source collection of their choice. For more details, including how to enter, visit http://www.baas.ac.uk/adam-matthew-digital-essay-prize/

“Experience has taught us the white and red men cannot always live together in peace,” Joel Palmer informed leaders of the Chenook Indians in an address at treaty negotiations, estimated to have taken place on Saturday, June 23, 1853:

When I speak of white people I mean all people, French, & Americans. When there are but few whites they can get along very well and not quarrel, but when there are a great many they will have difficulty. When they live together there will be difficulties; little difficulties will get to be great difficulties. (25) 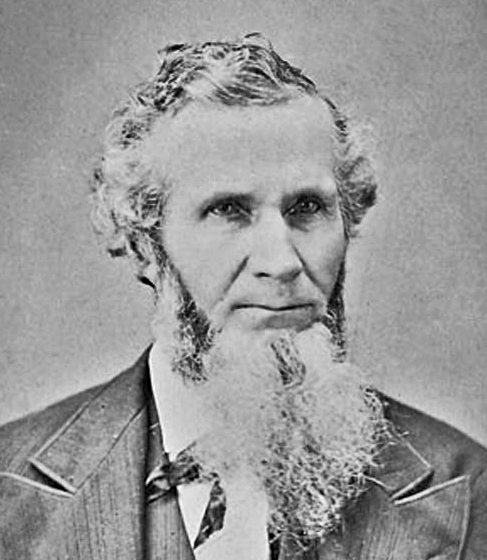 If one quote were to sum up the ‘Frontier Life’ collection, Palmer’s words above would be the most appropriate. The reality discovered in these correspondence, between Palmer, his fellow agents of Indian Affairs in the Oregon Territory and their business partners, highlights both the scaremongering, infantilising, thievery, and violence the indigenous Oregon population suffered at the hands of the white settlers in the 1850s, and the steps taken by the Office for Indian Affairs to curb interaction between the two groups. The removal of Indians from their land also removed them from the various systems of social and economic control, which ensured that the white settlers were given the most fertile, desirable land, and could feel free from the threat of Indians. The intentions then, were to address the difficulties that the white settlers created themselves.

The collection focuses on the letters and correspondence of Palmer (1810 – 1881), the superintendent of Indian affairs in the Oregon Territory, from 1853-57. He believed that, since white settlers had occupied the valley lands, the only means of saving the Indians was for the government to provide reservations and assistance for them, in order that they could become settled people[1]. Palmer was responsible establishing many reservations, negotiating nine secession treaties from tribes in the surrounding areas. ‘Frontier Life’ has a cross-section of correspondence and other texts relating to Palmer’s career.  They are composed mainly of correspondence to Palmer from his colleagues, from the years 1853 -73, as well as his diary for the years 1854 and 1956, 1860-61, and 1871-74. The manuscripts in the collection for 1864–66, meanwhile, are composed almost entirely of the official letter and papers of Ephraim Palmer, brother of Joel, as captain of Company B, 1st regiment, Oregon Infantry.

The letters address measures taken by the Office of Indian Affairs to remove agency from Oregon tribes, warning against providing alcohol to the Indians and the dangers of allowing them to join together in large groups, unsupervised. A fellow agent, writing to Palmer, announces his plan for restructuring the fishing activities of the indigenous populations along Rogue River. By hiring one “large seine and collecting the Indians at that riverland [sic]” he believed that in his role of overseeing their activities, he could “control them much better than I can as they are scattered the whole length of the District” (3). Meanwhile, the biggest operation set in motion was the establishment of the Grand Ronde reservation in which natives from Yamhill, Umpqua and Walla-Walla, amongst others, were gathered and interred from 1854. Considering the descriptions given of the Great Ronde camp by Palmer’s secretary, Edward. R. Geary to Lieutenant E. B. Stone, there is little surprise that parallels have recently been drawn between the Native American reservations and Nazi concentration camps.[2] Geary’s missive to Stone instructs him, “to collect the Yamhill Band of Calipooia Indians at some suitable point […] [and] not permit any of the men to be absentwithout [sic] a written pass from you.”  As well as a daily roll call and punishment for anyone acting “refractory or insolent” such as confinement or the forfeiture of annuities, there were also meagre daily rations doled out: “one pound of flour to each adult and less in proportion to the children. If you find it necessary you may also issue a pound of beef to each adult daily” (7).

Perhaps, the starkest irony is that any necessity for such inhuman treatment is undercut by Geary’s own further qualification later on in the same letter. In an effort to assuage any local fears, he orders Stone to, “assure those who are so greatly alarmed and excited of the white population that there is not the least occasion for it that nine out of ten reports of suspicious movements among the Indians of the valley are utterly false[.]” Furthermore, he warns, “It is v earnestly hoped that no one will be led by the excitement at present existing [sic] to do ant [sic] rash act of violence which may drive the peaceable Indians which otherwise they would not think of” (7-8). The white settlers were the danger, and yet the Department of Indian Affairs were claiming to be acting in the interests of less intelligent peoples who would prove a danger to themselves and others if left to their own devices. As historian Ronald Takaki observes of the westward expansion, white Americans had to have, “moral faith in themselves – to be assured that they were innocent of brutality and sin even if they had to tell themselves they were so.” This enabled them to practice self-deception in the removal of Indians, allowing them to “admire the Indian-killer and elevate hatred for the Indian into a morality[.]”[3]

Indeed, even compassionate white Americans undermined the capabilities of the indigenous groups. Courtney M. Walker, one of Oregon’s early missionaries, writes to Palmer that he is, “pained to see the torture that these poor, helpless, unoffending children of nature& [sic] God have to suffer at the hands of the authorities of a government that I am a member of, without my having a shadow of power to give some relief.” Yet, even Walker cannot envisage the possibility of the Indian surviving without the control of white governance: “it is very true that the laws of the government are plain and just and if filled to their lettering, no more Indian wars or massacres would be known” (8). 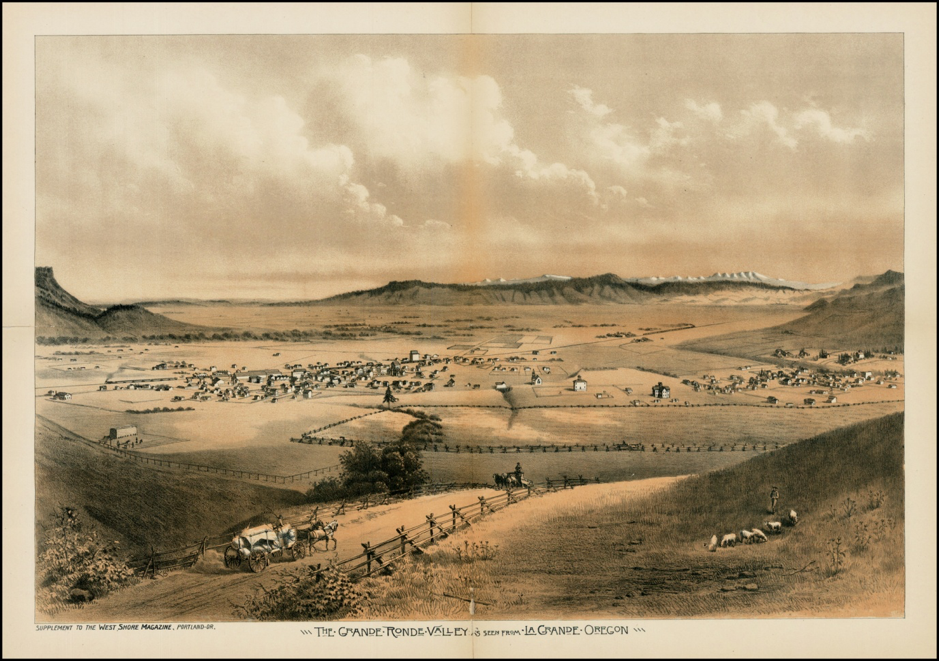 Palmer is considered as an ambivalent historical figure. While his injunctions may have shielded the native populations from some of the white settler’s most overt attacks from the white settlers, his actions forced the native populations into captivity, leading directly to their decimation. Any action undertaken by Palmer which was seen to favour the Indian was challenged by both the American press and legislators.[4] Undercurrents of the lack of confidence in Palmer’s abilities as superintendent of Indian Affairs can also be seen in correspondence from General Joseph Lane, in which he urges Palmer to “see whether your Indian reserve is bounded as you suppose.” Although he qualifies this by claiming it is “just a suggestion,” the postscript reinforces the severity of the situation: “Should it be found that the reserve alluded to embraces a much larger district of country than you suppose it mat [sic] operate against confirmation” (5). J. C. Avery, the founder of Corvallis in Oregon, is even more explicit in his letter to Palmer, outlining his dissatisfaction with Palmer’s generous attitude towards the native populations by calling attention,

to the fact that the Indian Reserve as advertised in the Statesmen, included a considerable settlement on the Alceya and a small settlement on the Siletz and covers a large quantity of excellent agricultural that is not at present settled, also acquina [sic] harbor, a harbor that many persons consider surperior to any other on the Coast, between San Francisco and the Columbia River.

Permitting Indians to reside here would, according to Avery, not only “limit the population and wealth of this county,” but would also “diminish the value of all real estate of the county.” Avery concludes by noting that “much dissatisfaction is felt and expressed upon that subject by the people” (14).

Despite Palmer’s success at removing Indians, he was ejected from the post of superintendent in 1857 as he was considered to be acting favourably towards the native populations.  By this time the population of the Grand Ronde was estimated to be almost twelve hundred.  The years he held office were a self-fulfilling prophecy. Palmer and the Office for Indian Affairs in Oregon were adamant that not only “white and red men cannot always live together in peace,” but that the red men would never be given an opportunity to try.

Sarah is currently a PhD.Litt student of American Literature in Trinity College Dublin. Her supervisor is Professor Stephen Matterson. She is a graduate of University College Dublin where she received a BA in Drama Studies and English and an MA in American Literature. While in UCD she was the recipient of several awards including the Mary Colum Award and the UCD Postgraduate Scholarship. She also won the Irish Association for American Studies 2013 WTM Riches Essay Prize. She can be found on Academia.edu here: https://tcd.academia.edu/SarahCullen
View all posts by Sarah Cullen →
Tagged  C19, History, Native Americans, Politics.
Bookmark the permalink.