Questions around digitization in the Arts are more relevant than ever, as related to us by conference organisers, Jonathan Creasy, Eve Cobain, and Tim Groenland, in their opening speech. Their attempt to address the question, what are the inevitable changes with digitization in literature and wider cross-disciplinary research, led to this: a two-day international conference at Trinity College Dublin’s Arts and Humanities research institute. Due to the conference’s emphasis on examining the challenges and possibilities of archiving, the task of recording for posterity the events of ‘Literary Archives in the Digital Age’ feels like a particularly momentous undertaking. Let’s hope we succeed! 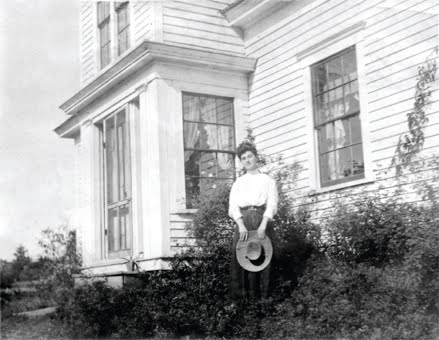 There was no shying away from challenges to traditional notions of the archive, with the very first panel, ‘Embodiment and the Archive’, proposing methods  of resisting static, dead readings of the artefact. By examining the dynamic acts of recording memory found in playwright Brian Friel’s work, Zosia Kuczyńska (University of Nottingham) argued convincingly for a new praxis of performative archiving. The ethical considerations of archiving also came up throughout the panel. The precarious line between the public and private, the authentic and fictive, was the focus of Laura Helyer’s (Independent Scholar) research on the medical history of Gertrude Bulmer Bishop, mother of poet Elizabeth Bishop, as part of a wider project on biographic fiction.  Examining the archived documents of Polish actress Irena Solska, Dorota Jarząbek-Wasyl (Jagiellonian University, Krakow) stressed the problematic nature of reading artefacts in isolation, encouraging the introduction of a ‘Bioarchive’ prioritising instead body-to-body transition of documents.

Following this, ‘Archival Absences’ considered the place of the oft-forgotten editor in the act of creation. Much like the opening panel, there was a satisfying cohesion between the papers, all of which explored editing as continuous with the artistic process. Focusing on the case of the missing hyphen in the 1913 version of Theodore Dreisel’s The Titan, Jude Davies (University of Winchester) illustrated how editing is a collaborative process, the aim of which is not just to produce a text for readers, but also to enable their audience to become more textually aware. Lucy Collins (University College Dublin) demonstrated that Thomas Kinsella was continuously in a state of flux in relation to his body of work, particularly in “Notes from the Land of the Dead” from which he regularly removed whole poems in a bid to further refine his craft. Tim Groenland (Trinity College Dublin) rounded out the discussion with a paper examining David Foster Wallace’s, The Pale King, a text which eschews conventions of authorial completion. Wallace’s final novel was pulled together from disparate sources by his editor, following his death. Groenland astutely observed that there is no longer an ‘original text’, challenging typical claims of completion and authorial intent.

Bringing a sense of scope to present and near-future practicalities of digital archives, the third panel was presented by representatives from two literary depositories. Stacey Redick and Gabrielle Linnell from the Folger Shakespeare Library, which boasts the largest Shakespeare collection in the world, discussed various strategies they employed to improve the interface of their digital archives for researchers. Jason McElligott and Sue Hemmens from Dublin’s own Marsh’s Library, meanwhile, discussed the possibilities and difficulties of approaching digitization as a small, poorly-funded library. As was observed during the Q&A afterwards, the contrast in experience from the two organisations was very instructive; it was of particular interest to see both looking towards their customer base to improve the accessibility of their archives. 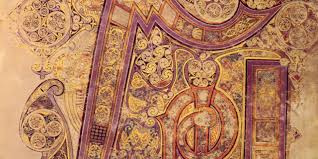 After a tour of TCD’s Old Library and the Book of Kells, the day concluded with Wim Van Mierlo’s (Loughborough University) Keynote speech ‘Literary Heritage and the Archive’, in which he passionately challenged the claim that archivists have an unhealthy obsession with the physical object, arguing instead for the importance of what Philip Larkin termed the meaningful and magical value of the artefact.[1] The keynote brought the day full-circle as it once again examined the person at the centre of the archiving process. Literary creation, we learned, is made into a more human creation through the tactile interrogation of the past.

One of the many strengths of this conference was the participation of both archivists and researchers—a strength highlighted in the opening panel of the second day. Ellen O’Flaherty’s (Trinity College Dublin) insights into the process of preserving data born into structured records management systems highlighted the extent to which archives—both digital and material—are always already mediated. Indeed, the early intervention stage of the digital acquisitions process actively encourages authors to self-catalogue, renaming and reorganising files in a practice that makes the archive more archivist-friendly even as it raises questions for researchers for whom the author’s original filing system may have been invaluable metadata. 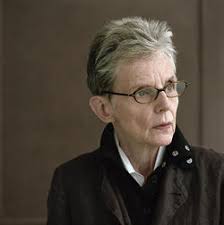 Despite ongoing evidence that the archive is a curated means of preservation, however, the loaded language by which the archive and its users are characterised continues to perpetuate the fiction that the physical and conceptual spaces in which archives are housed are also territories. While O’Flaherty’s paper concerned itself with nativity in terms of ‘born-digital’ archives, Lisa Scharrer (Technical University of Darmstadt) showcased Prensky’s distinction between ‘digital natives’ and ‘digital immigrants’ before ultimately suggesting that White and Le Comu’s later model of digital residents and digital visitors might be more useful. Where the digital visitor uses technology to reach a goal and has no digital identity, the digital visitor not only has a digital identity but also sees the web as a cluster of friends and colleagues. Jonathan Creasy (Trinity College Dublin), meanwhile, spoke of poet Susan Howe’s feeling of trespass when accessing archive materials. Whether digital or analogue, it seems, accessing the archive remains a process haunted by almost post-colonial anxieties of space and place: who owns this ‘house built for live encounters with privileged remains’,[2] and who can be at home there?

Working further to destabilise notions of a centralised authority in the creation of manuscripts—and indeed websites about manuscripts—was the ‘Medieval Manuscripts’ panel that followed. Caoimhe Whelan’s (Trinity College Dublin) paper asking what happens to a website—in this case a website she co-created to make various texts on and interpretations of the Battle of Clontarf accessible at a time when it was being commemorated—was the perfect complement to issues being raised by Sarah Nangle (Trinity College Dublin) on the subject of the medieval miscellany. Indeed, both physical manuscript and digital site functioned as an archive that is as much a process as a product, with a far-reaching life cycle and which showcases’ decentralized forms of authority’.[3]

The panel that followed, focused on the Beckett Digital Manuscript Project (BDMP), showcased not only the practicalities and practices of using ‘The BDMP as Research Tool’ (in a comprehensive paper given by Pim Verhulst (University of Antwerp), but also the extended genetic criticisms it makes possible. Olga Beloborodova’s (University of Antwerp) paper, ‘The Archive in the Author’s Extended Mind: Samuel Beckett’s Play’, made a case for writing as an example of extended cognition visualised in the BDMP. Georgina Nugent-Folan (Trinity College Dublin), meanwhile, drew on her experience as a BDMP module editor of Beckett’s Company (or Compagnie) to explore ‘Samuel Beckett’s Dynamic Self-translations’. This panel was particularly valuable as an example of how to curate a single-author archive; the BDMP sets an important precedent if only in terms of its commitment to producing genetic editions.  If digital archives are the future of archive scholarship, then the production of digital editions needs to be given academic status commensurate with the scholarship involved.

The conference ended with an hour of unadulterated textual genetics from Sam Slote (Trinity College Dublin) on ‘Correcting Joyce’, complementing the day’s emerging themes of authority, cognition, and editions. It served to reinforce the idea that an archive is not a tool for producing something definitive and authoritative but rather helps highlight what Hans Walter Gabler calls ‘crisis points of articulation through which the work passed in the writing’. I began the conference by invoking Rebecca Schneider’s attempt to deconstruct the archive-performance binary and suggesting that we need to create spaces in which our interactions with the archive can be further embodied as art. Slote’s showcasing of Joyce’s interactions with his own erroneously-corrected manuscripts through his subsequent alterations to Ulysses suggests that many artworks are already the embodiment of such archival interactions. In many ways, then, this innovative conference served to emphasise how literature itself has been interrogating the possibilities of archiving for a long time. With the advent of the digital age it is more pertinent than ever that such connections are highlighted.

Sarah is currently a PhD.Litt student of American Literature in Trinity College Dublin. Her supervisor is Professor Stephen Matterson. She is a graduate of University College Dublin where she received a BA in Drama Studies and English and an MA in American Literature. While in UCD she was the recipient of several awards including the Mary Colum Award and the UCD Postgraduate Scholarship. She also won the Irish Association for American Studies 2013 WTM Riches Essay Prize. She can be found on Academia.edu here: https://tcd.academia.edu/SarahCullen

Zosia is a Government of Ireland Postgraduate Research Scholar. She gained her BA in English Literature from the University of Oxford (Exeter College) and her MA in English (Irish Writing) from Queen’s University Belfast. She worked as an editorial assistant on the forthcoming OUP publication The Oxford Handbook of Modern Irish Theatre.

Zosia is a Government of Ireland Postgraduate Research Scholar. She gained her BA in English Literature from the University of Oxford (Exeter College) and her MA in English (Irish Writing) from Queen’s University Belfast. She worked as an editorial assistant on the forthcoming OUP publication The Oxford Handbook of Modern Irish Theatre.
View all posts by Zosia Kuczyńska →
Tagged  Archival Research, C21, Digital Age, Digitisation, Literary Archives, Methodology.
Bookmark the permalink.