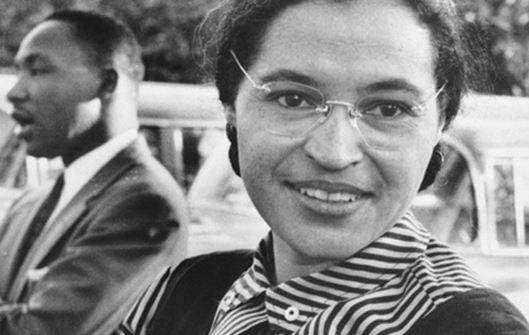 In the United States, each year February marks Black History Month – and on the 4th day of this month Rosa Parks would be 103 years old. British students, I have found, can be incredibly passionate about African American history. In topics like the civil rights movement, they seek brave stories, histories infused with righteous indignation and intelligent politics. They follow Black Lives Matter developments closely.

And yet, even before they enter the classroom, two tendencies shape our discussions – their sincere assumption that the US is uniquely racist and a sense that that racism can be clearly seen and defined. It’s in Bull Connor’s violent policing of Birmingham protestors, James Blake’s senseless arrest of Rosa Parks, and Darren Wilson’s killing of Michael Brown. Men like these play the easy villains to a civil rights narrative in which racism is individualized and confined to the US South. They fit well with what many students already think they know about the US and about what it takes to sustain racial inequalities.

In other words, there are histories of the US that British students are prepared for, that they swallow easily, that don’t stretch their ideas about how racism functions or how challenges against it are mounted. Such histories re-emphasize a one-dimensional view of racism as entailing individual bigotry and personal hatred. These stories contain racial injustices tightly, to very specific intentions and places.

It isn’t that British students are more taken with such narratives than students in the US; on both sides of the pond, it is the ‘bad apples’ and the US South that are mostly loudly denounced. But something more is at stake for students in the UK – greater detachment from the idea that racial inequalities might shape their world, as well. As a student once told me, ‘Sure there is some racism in the UK, but the US has so much more.’ And so certain histories help to confirm their notion that real racism happens over there, in America. 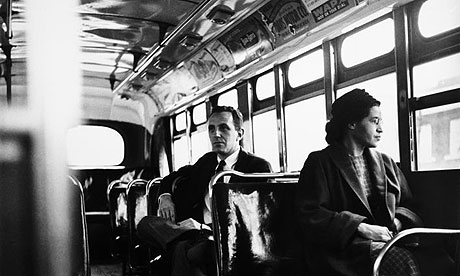 One of these stories is the classic tale of a civil rights movement that begins with a quiet and unassuming Rosa Parks who made a stance on a Montgomery, Alabama, bus and sparked a year-long boycott and a movement – or so the story goes. But this tale of Rosa Parks is far more tired than she was that day. ‘The only tired I was,’ Parks later wrote, ‘was tired of giving in.’ Rosa Parks often had to speak back to the narrative spun about her, and when she did her voice boomed. If she were celebrating her birthday today, she’d also undoubtedly still be pushing against the weary, 60-year-old version of her story.

Indeed, if we place Parks and her voice at the centre (not just the beginning) of an account of the black freedom struggle, we are offered a rich and complex history that complicates how we teach and learn about civil rights struggles and that forces us to reconsider dominant ideas about what constitutes racial injustice.

Politically active by the early 1930s, Parks worked with her husband Raymond in efforts to free the Scottsboro Boys – nine black teenage boys wrongfully arrested for rape. Much of the work she carried out as secretary of the Montgomery NAACP in the 1940s also focused on African Americans’ inability to receive equal justice under the law – cases of other men wrongfully accused of sexual assault, like Jeremiah Reeves, as well as women like Recy Taylor and Gertrude Perkins who were raped by white men but ignored by law enforcement. 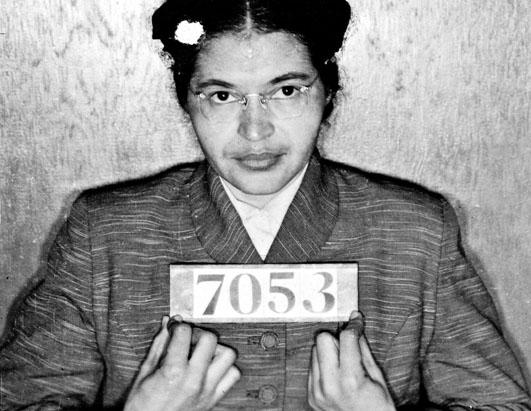 Rosa Parks arrested for refusing to give up her seat on a segregated bus, sparking the Montgomery Bus Boycott, 1955.

This was dangerous work that didn’t just accuse individuals but highlighted the racism inherent to the US criminal justice system. And Parks showed great bravery in speaking out against it: ‘In my lifetime I have known Negros who were killed by whites without any arrest or investigation and with little or no publicity. It is the custom to keep such things covered up.’

When the Parkses and Rosa’s mother Leona moved to Detroit in 1957 – amidst great economic hardship – Parks referred to the North as the ‘promised land that wasn’t’, the North, and she maintained her commitments to the struggle. Understanding that black political representation was needed to address deep inequalities in employment and housing, as well as the long-standing issue of police brutality, Parks worked to see John Conyers successfully elected to Michigan’s 13th Congressional district.

She also understood that such issues were behind Detroit’s July 1967 uprising. It was the unbending nature of racist structures and the unwillingness of whites to listen that ‘will antagonize and provoke violence,’ Parks explained: ‘When the young people want to present themselves as human beings and come into their own as men, there is always something to cut them down.’ 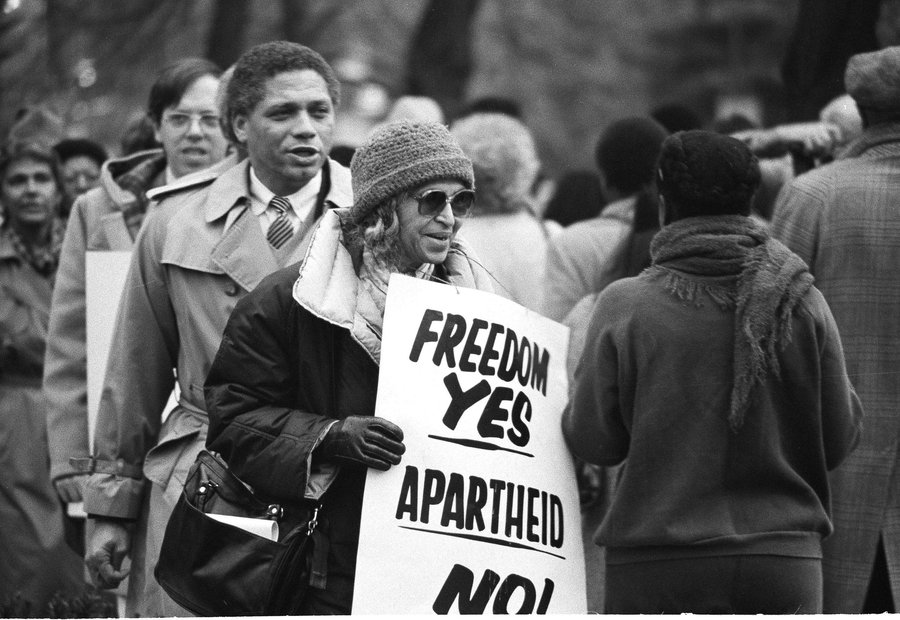 Police brutality greatly angered Parks. So she supported the Republic of New Afrika when in March of 1969, after a police officer was shot outside the church where RNA members were gathered, police fired indiscriminately on the church, mass arrested all 140 adults and children still present, and held them without charge. In fact, throughout the 1970s and 80s, Parks continued to work against police harassment and brutality and in support of political prisoners like Angela Davis and Joanne Little.

Students in the UK need this knowledge and Parks’ voice. As someone who’s taught the US black freedom struggle in the UK for several years, I know that the problems with the tired version of Rosa Parks is not simply that it mischaracterizes her lifetime of radical activism. It also flattens an understanding of the US’s racial landscape and, by extension, weakens interpretations of racism in the UK.

If all of us who are students of the black freedom struggle listen to rather than simply about Rosa Parks, we stand to gain a much more profound understanding of racial justice, of why Parks would be a staunch supporter of Black Lives Matter today, and of why she told a group of Spelman students in 1985, ‘don’t give up and don’t say the movement is dead.’

Say Burgin (University of Leeds), in collaboration with Jeanne Theoharis (Brooklyn College, CUNY), is one of the creators of a new teaching and learning website – rosaparksbiography.org – that pulls together a wide range of research and primary sources to provide a long and richly detailed account of the political work of Rosa Parks.

Say Burgin is a Lecturer in American History at the University of Leeds, where she also directs the MA Race & Resistance. Her teaching and research interests lie with race and social movements in the US since the late 19th century, specifically the black freedom and women's liberation movements. She's currently working on a monograph about the myth of white ejection from the Black Power movement. Contact: s.burgin@leeds.ac.uk or @sayburgin.
View all posts by Say Burgin →
Tagged  African American Culture, Black History, C20, Civil Rights, History, Politics, Race, Rosa Parks, Teaching resource.
Bookmark the permalink.