This conference offered a timely reflection upon work on contemporary women’s writing. It was particularly apt because this is a moment when a whole generation of feminist scholars are approaching retirement or have already retired. The conference panels and plenaries featured diverse voices from older and younger generations including several voices from international contexts – Australia, Canada, the Indian subcontinent, Europe, Egypt, Saudi Arabia – reflecting upon the ‘legacies and lifespans’ of the CWWA over the last decade.

The tone was set by a pre-conference paper on Friday 16th October at the University of Brighton’s Falmer campus where Professor Mary Eagleton gave a political reading of discourses of ‘chance and choice’ in fiction by women about young women and social mobility. Her paper moved through the 1950s and 1960s (Margaret Drabble and AS Byatt) to the impact of second wave feminisms in the 1970s (Janice Galloway and Andrea Levy), and then Zadie Smith’s NW (2012) and Ella Hickson’s 2009 play Precious Little Talent. She concluded with reference to Lauren Berlant’s ‘depressive realism’ and the use of fantasy as a means of imagining a better world while acknowledging the exigencies of our lived realities. This account of the changing political landscape of the late twentieth and early twenty-first century was both stirring and provocative; a consideration of how we live now. 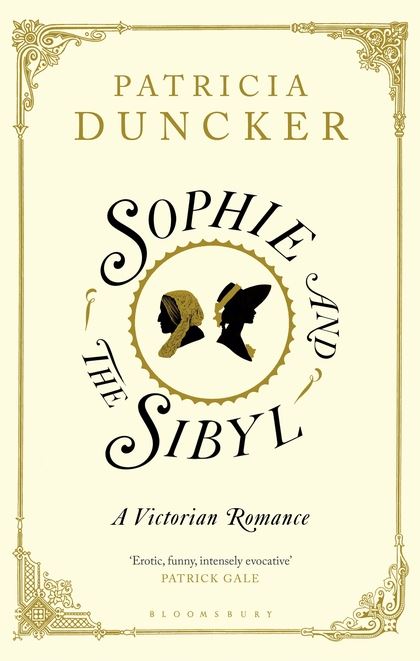 Professor Patricia Duncker spoke about the development of her latest novel, ‘Sophie and the Sibyl’ (2015)

The opening keynote on Saturday morning was equally reflective as Professor Patricia Duncker (University of Manchester) took the delegates on a lively tour of her academic and creative writing careers, speaking about the development of her latest novel, Sophie and the Sibyl (2015) which features George Eliot struggling to write Middlemarch. During the lunch break both Professor Eagleton and Paulina Palmer were honoured by the Association, the CWWA essay prize was launched, and Professor Eagleton and Emma Parker launched the latest volume of the Palgrave History of British Women’s Writing: 1970 to the Present.

Panel sessions covered apparently disparate work – dementia in contemporary detective fiction, Annie Ernaux’s autobiographical writings and Alison Bechdel’s graphic novels – yet somehow seemed to draw upon similar debates and questions about lived experience and the processes of writing and reading. Three panels during the day focused specifically on ‘Legacies and lifespans’ and others developed new contributions to dystopian fictions, postcolonial writings, and a range of emerging areas of scholarship.

After lunch Jane Anger – one of the co-founders of Silver Moon Bookshop in London – gave a moving presentation on women’s publishing past and present. This could not help but be a form of elegy for the radical presses and booksellers of the Second Wave, such as London’s Sisterwrite Bookshop, which closed in 1993. There was also an acknowledgement of feminist voices which are now visible online, such as The Bookseller blog, On Noticing, as well as radical outlets such as Gay’s the Word which survive in the face of Amazon’s domination of the market. 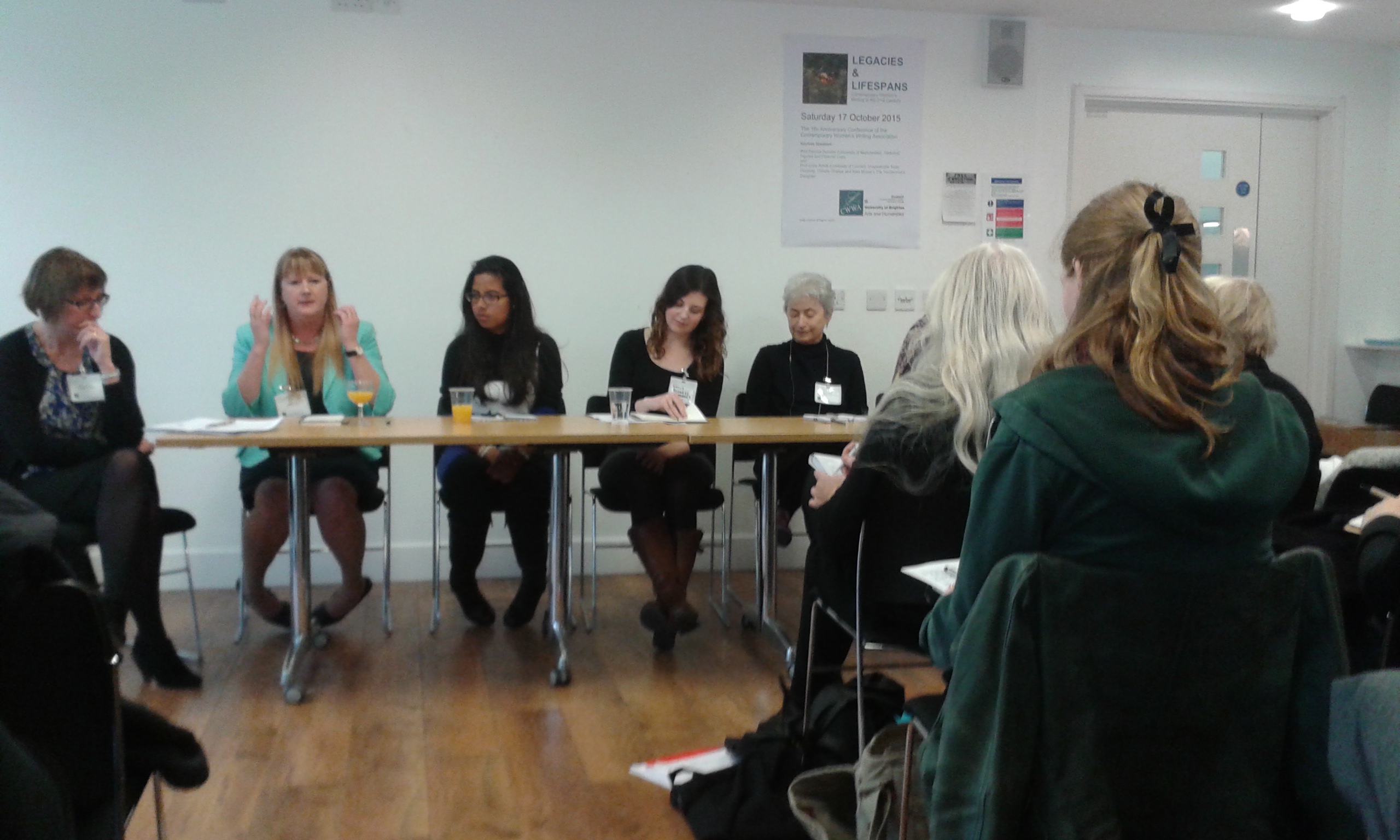 The subsequent roundtable featured academics just beginning their careers as well as established figures; Emily Blewitt (Cardiff University), Poonam Gunaseelan (The School of Oriental and African Studies), Professor Lucie Armitt (University of Lincoln), Sneja Gunew (University of British Columbia) and Professor Duncker were invited by Susan Watkins to give their view of current issues and trends in the field before opening the debate up to the floor. Exciting work in Young Adult fiction was noted, as was the removal of ‘Women’ from many curricula in favour of the more anodyne ‘Gender’. The lack of funding for projects on women’s writing was raised, as was the disappearance of courses in feminist theory.

In her closing keynote, ‘Unspeakable Seas: Flooding, Climate Change and Kate Mosse’s The Taxidermist’s Daughter (2014)’, Professor Armitt addressed sustainability and space, arguing that climate change and the encroachment of the sea upon the British coastline has become an area ripe for twenty-first-century literary Gothic exploration. This was a lively and enlivening gathering, bringing together generations of feminist academics. While some of the discussion looked back to a Second Wave that is now the subject of major research projects at the British Library, there was also a sense of hope for a future populated by a new generation of scholars who are navigating the complex waters of this profession in the 21st century with evident skill.

Thanks to colleagues at the Centre for Learning and Teaching and Centre 21 at the University of Brighton who helped to organize the event.

You can find out more about the CWWA here: http://www.the-cwwa.org/

Read an account of how the association was set up here: http://www.the-cwwa.org/about/mary-eagleton-on-the-first-five-years-2005-10/

60 Seconds with Maria Elena Carpintero Torres-Quevedo
Review of the "Alt-American" conference 2014
Cyborgs, Simians and San Francisco (part two) - Vampires and Mood-Organs
Book Review: 'Who Rules the World?', by Noam Chomsky
Review: Lives Outside the Lines: Gender and Genre in the Americas
The U.S: A Society Without Classes? Conference Review of “How Class Works”
Review: ‘Americans in the World’, HOTCUS Winter Symposium 2021 (Online)
Generation Indigenous (Gen-I): Removing the Barriers to Success

Rosie White is Senior Lecturer in Contemporary Literature, Theory and Popular Culture at Northumbria University, UK. Her research interests include the novels of Michele Roberts, violent women in popular fiction, film and television, and representations of women spies in popular culture. Her book, Violent Femmes: Women as Spies in Popular Culture was published by Routledge in 2008 and she is currently developing a monograph on women and television comedy for IB Tauris. For more details see: https://www.northumbria.ac.uk/about-us/our-staff/w/rosie-white/
View all posts by Dr Rosie White →
Tagged  C21, Gender and Sexuality, Women's Writing.
Bookmark the permalink.