(In)Visibility, Race and Ethnicity in American Women’s Writing throughout the Twentieth Century

This blog series focused on American women writers, a partnership between The Society for the Study of American Women Writers and U.S. Studies Online, explores the field through several lenses that range from recovery to religion and from war to transnationalism. By no means comprehensive in scope, this series of nine posts by SSAWW members offers snapshots into the field and its on-going conversations. Leah Milne opens the series with a post about how ethnic American women writers tackle the idea and status of invisibility. 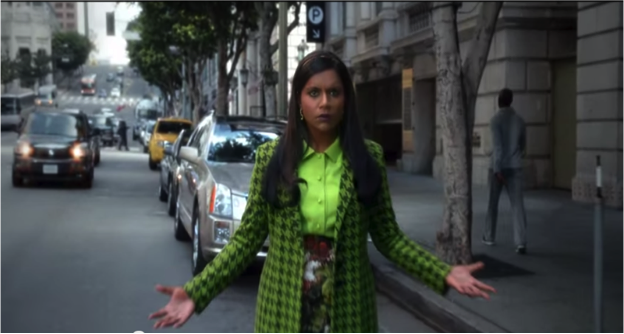 The most recent Super Bowl featured a Nationwide insurance commercial starring Indian American author and actor, Mindy Kaling. “After years of being treated like she was invisible,” the narrator relates, “it occurred to Mindy Kaling she might actually be invisible.” The rest of the commercial shows Kaling exploring the benefits of invisibility, include eating unbought ice cream in a grocery store aisle, harassing fellow actor Matt Damon in a fancy restaurant, and enjoying a picnic in a park while nude.

While ostensibly selling insurance, the ad touched upon a serious question often explored by ethnic American women writers: What does it mean to be (in)visible in the United States, and what are the consequences of that (in)visibility? Where Ralph Ellison famously deploys the trope of the “invisible man,” African American women’s (in)visibility often involves a hyper-visibility that effectively acts as camouflage. In a famous scene in Zora Neale Hurston’s 1937 novel, Their Eyes were Watching God, the character Nanny tells the protagonist Janie Crawford, “De nigger woman is de mule uh de world so fur as Ah can see” (44). Nanny is pointing out not only that black women are rendered both visible and invisible through their labour, but that this (in)visibility—a product of both gender and ethnicity—blinds others to the injustices that black women subsequently experience. Everyone depends on the mule, but few recognize or value its labour.

Nanny’s lament is one echoed by many contemporary women writers: Maxine Hong Kingston, for instance, portrayed this (in)visibility as ghostliness and a loss of voice and power in her 1976 novel, The Woman Warrior. Recognizing that femininity is often associated with invisibility, the protagonist notes, “We American-Chinese girls had to whisper to make ourselves American-feminine. Apparently we whispered even more softly than the Americans” (Kingston 172). Kingston thus highlights a contradiction inherent with feminine invisibility—that the visibility that may be experienced as a result of speaking above a whisper has the added detriment of making one appear rude, unfeminine, or even un-American.

Meanwhile, Esperanza Cordero, the main character in Sandra Cisneros’s collection of 1984 vignettes entitled The House on Mango Street, feels a special pressure to tell the stories of the people who live in her Latino American neighbourhood. She states that when she leaves Mango Street, her family and friends “will not know I have gone away to come back. For the ones I left behind. For the ones who cannot out” (Cisneros 110). Esperanza realizes that her potential entry as an author in the visible world comes with obligations to highlight the plights of the impoverished and invisible people, men and especially women, she has left behind. 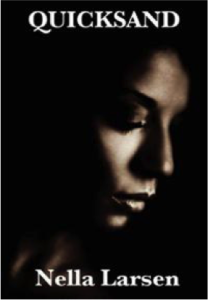 Contemporary ethnic American women writers, then, have a complicated and conflicted attitude towards (in)visibility, suggesting that visibility is not the automatic cure for invisibility or the stigmas associated with it. Nonetheless, invisibility is often characterized as taking the form of a lack of agency and power, and can mean the difference between being heard and being stifled. The recent news stories discussing the women breaking the silence about the possible sexual abuse they endured from actor and comedian Bill Cosby is, in a sense, an account about visibility and invisibility: Invisible women, long silenced or misheard, are facing off against Cosby, a highly visible figure seemingly well-known and well-loved by Americans for decades. Part of the challenges that Americans have been confronting in this news story is not only unseeing the image of Cosby as loving and inoffensive, but also in seeing these numerous, mostly unfamiliar and often anonymous women and honouring their stories and experiences.

(In)visibility can also subject women to being seen as inhuman or as objects, not worthy of common considerations. In Nella Larsen’s 1928 novel Quicksand, the protagonist Helga Crane feels that her ethnic and national identities set her apart in the city around her, making her an exotic, hyper-visual oddity. While on a shopping excursion in Copenhagen with a painter, the narrator notes that the trip “conveyed to Helga her exact status in her new environment. A decoration. A curio. A peacock. Their progress through the shops was an event. . . Her dark, alien appearance was to most people an astonishment. Some stared surreptitiously, some openly, and some stopped dead in front of her” (Larsen 67). Paired with Helga’s objectification is a lack of control over her body and the way it is regarded and presented. She is skirted around the city, compelled to sit for a portrait, and treated as a rare work of art. The hyper-visual woman is objectified, and Helga’s racial otherness magnifies the visual objectification. She is both seen and unseen. 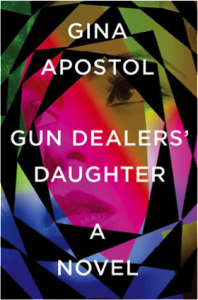 Other writers, however, have begun to explore the possibilities available to them with invisibility. Moving within the space of the unseen and the unheard, what access would such women have to agency? Many authors show women claiming their power by capitalizing on invisibility. For example, as one of the “doctores invisibles” in Ana Castillo’s 2005 novel, So Far from God, Doña Severa is able to treat patients as a well-respected curandera or healer. Another form of invisible healing enacted by the women in Toni Morrison’s 2012 novel, Home, allows for the character Cee to not only recover from the ravages of a more conventional medical doctor, but also motivates her to find peace and a form of self-expression in her home in Lotus, Georgia. In Gina Apostol’s Gun Dealers’ Daughter (2012), the protagonist Sol similarly discovers her history and identity by taking on the invisibility that plagues her, and finding the strength not to overcome it, but to work within it in order to express herself.

As scholars and the publishing industry continue to make ethnic American women writers more visible, and as digital media and other forums begin to democratize the presentation of voices in the public sphere, the question of the role that visibility plays in addressing the oppression of women’s voices will become even more intricate. The fact that the Mindy Kaling ad took on a less serious tone than some of the literary explorations of invisibility suggests that the topic itself will continue to evolve as more women’s voices are heard.

Asian American Solidarities in the Age of COVID-19
The Southern Student Organizing Committee and the White New Left
Review: ‘Collaboration in America and Collaborative Work in American Studies’
Meet Me at the Fair: the Native-American Model School, the Philippine Reservation and Maintenance of...
Who’s Got the Power: Big Decisions Ahead of Super Tuesday
Obama’s West Point Vision: Or, How to Retreat from Military Intervention and Democracy Promotion
Finding “Native America” in Jazz: The History of “Native Sound” in Jazz throughout the Decades
“Be Curious, Not Judgemental.” Influences of Positivity and Kindness in Ted Lasso