Review: War of the Worlds: Transnational Fears of Invasion and Conflict, 1870-1933

Review: War of the Worlds: Transnational Fears of Invasion and Conflict, 1870-1933

The second biennial conference of the Invasion Network was held at Lancaster University in September. The network brings together scholars from different fields, mainly history and literature, who study invasion fiction, a popular literary genre in Britain in the years before the First World War that depicted – as the name suggests – imagined invasions of the British Isles. One of the aims of the conference was to expand the time frame for such literature, from pre-1914 fiction into the inter-war years, and to draw connections and comparisons to other parts of the world outside of Britain. As with the last conference, this one was structured as a workshop, with a keynote address followed by two panels, and ending with a roundtable discussion on the wider theme of transnational invasion fears.

The papers led to discussions on the link between invasion stories and other, related forms of fiction, and on the xenophobia often implicit in such narratives. While the conference itself had 1933 as its end point, the conversation around the roundtable at the end of the day brought up the links to modern events – it was difficult, for example, to avoid talk of Brexit, the language of the British press, or the current political landscape in the United States. The resonance of books like The Camp of the Saints (1973), by Jean Raspail – reportedly among the favourite novels of Steve Bannon – and Michel Houellebecq’s controversial Soumission (2015) illustrates how fiction is still a favoured medium for portraying imagined sinister threats to the body politic. In addition, fictional future-war stories continue to be written – like last year’s 2017: War with Russia, by General Sir Richard Shirreff.

The conference opened with a keynote from Professor David Glover (University of Southampton), under the title ‘“The Stage of Civilian Controversy”: From Invasion to Conspiracy and Beyond’. Glover discussed the fluidity of the invasion narrative – a point that was brought up throughout the conference – and how invasion literature can be seen as a genre where paranoia works as an ideology. Thinking of the literature as ‘conspiracy’, as the concept is discussed in Jerry Palmer’s Thrillers (1978), offers a useful way of analysing the fears expressed in the stories. Fear of the ‘other’ is particularly prevalent in such narratives, and, as Glover pointed out, invasion fiction can encompass literature ranging from descriptions of military confrontation in the near future, to more subtle threats of enemies within, or spies in hiding. More generally, much of the fiction remains preoccupied with a perceived internal weakness and national or imperial decline, rather than identifying a concrete external foe, a point that was underlined during the subsequent discussion.

The first panel followed on from the keynote with a discussion of a varied set of texts, beginning with a quantitative analysis of British enemies and allies by Derek Linney (University of Edinburgh). The panel, like the keynote, highlighted the complexities of the genre, and the discussion that followed focused on how the stories fit in a wider 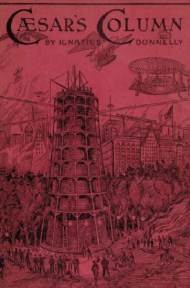 analysis of British and European society in the period under discussion. Michael Hughes’ (University of Liverpool) paper pointed out the lack of invasion literature in Russia, while Christian Melby (King’s College London) discussed the way the empire was presented in British fiction. Harry Wood (University of Liverpool) rounded off the panel with a paper on the reception of invasion texts.

The links between British fiction and stories published on the other side of the Atlantic were explored in the second panel, with an informative paper by Anthony Taylor (Oxford University) on the populist politics of stories like Ignatius Donnelly’s Caesar’s Column (1890), as well as other American tales with eschatological overtones. Michael Matin (Warren Wilson College) continued the focus on the US, but from a British perspective, with a paper on the propaganda efforts of Wellington House during the First World War. Such officially sanctioned stories aside, the question of the extent to which fiction directly impacted on, or were inspired by, political and social developments was also raised.  Despite indications that authors tapped into existing fears, more research is needed here, as Harry Wood’s earlier paper pointed out. 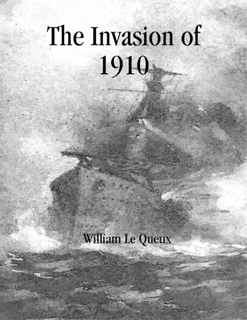 Both panels also pointed out the nuances of the genre, and its reception in society. The second panel discussed the popularity of authors like William Le Queux, whose The Invasion of 1910 (1906) can be ranked among the best-sellers of Edwardian fiction, even if the actual number of printed copies is difficult to assess. Ailise Bulfin (Trinity College Dublin) observed that the story was decidedly popular, which seems to indicate that the genre was received with open arms by its readers. Whether or not they agreed with the xenophobia, or read the stories simply for their entertainment value, or something in between, is a question that was discussed both here and during the roundtable session. Daniel Renshaw (Brunel University London) finished with a paper that looked at the fear of migrant ‘others’ expressed in stories like Dracula (1897).

Overall, the conference provided a highly informative forum for debate, and offered an opportunity to go beyond existing studies of invasion literature, both spatially and temporally. In the conversation around the roundtable it was evident that there are still many avenues left to explore. In-depth studies of audiences, and of the circulation of printed stories outside of their home country, are still largely missing. Seeing continuity and change over time, as well as further investigation of the geographical extent of such literature, should provide fertile ground for future study. Hopefully some interesting points and some conclusions on these as well as other issues will be discussed at the next Invasion Network conference.

Book Review: Stuff Theory, Everyday Objects, Radical Materialism by Maurizia Boscagli
Book Review: Phantoms of a Beleaguered Republic: The Deep State and the Unitary Executive by Stephen...
Review: Border Control: On the Edges of American Art
Review: 'Ideas and Transformations in the Americas', UCL Institute of the Americas PG Conference
Review: Pursuing the Rooseveltian Century
Review: ‘The “Not Yet” of the Nineteenth-Century U.S.’, British Association of Nineteenth Century Am...
Review: ‘Money Talks: Inequality and North American Identity’ Conference, 19th June 2015
"Be broad, be bold and be aware": Review of the 2014 HOTCUS Postgraduate and Early Career Researcher...