In the third of our review series for the HOTCUS Postgraduate Conference, ‘Winning Minds and Hearts: Constructing National Identity in US History’, Jennifer O’Reilly reviews a panel featuring Rosemary Pearce (University of Nottingham) and Ruth Lawlor (University of Cambridge).  This follows Jon Coburn’s review of Professor Simon Hall’s keynote address, on Leonard Matlovich, and Natasha Neary’s review of the ‘Crossing Boundaries’ panel.

In addressing histories and experiences that are perhaps subordinated by dominant narratives of World War Two, this panel focused on the often overlooked experiences of African American soldiers, both during and after the war. The two excellent speakers, Rosemary Pearce and Ruth Lawlor, presented accounts of racial discrimination towards African American soldiers at home and abroad, considering how these experiences impacted upon what it meant to be a black soldier in the US Army at this pivotal moment in the nation’s history.

Pearce’s paper focalised the experience of African American soldiers through attention to their use of segregated public transport after returning to the US from Europe. This discussion stemmed from a chapter of her doctoral thesis, which explores the emotional impact of segregated travel on various groups of African Americans. Public transport, she suggested, was perhaps the most widely condemned and hated form of discrimination due to the impact it had on the everyday lives of African Americans. For soldiers returning from Europe who had experienced relatively—and necessarily—integrated race relations, being confronted with this type of discrimination elicited a range of emotional responses. Among the most notable of these was a sense of disillusionment. To fully understand this emotion, Pearce argued it must be examined in the context of the wider disappointment many African Americans felt on their return to the US after World War One. Despite personal sacrifice for the nation and great contributions to the war effort, African Americans were still treated as second-class citizens. 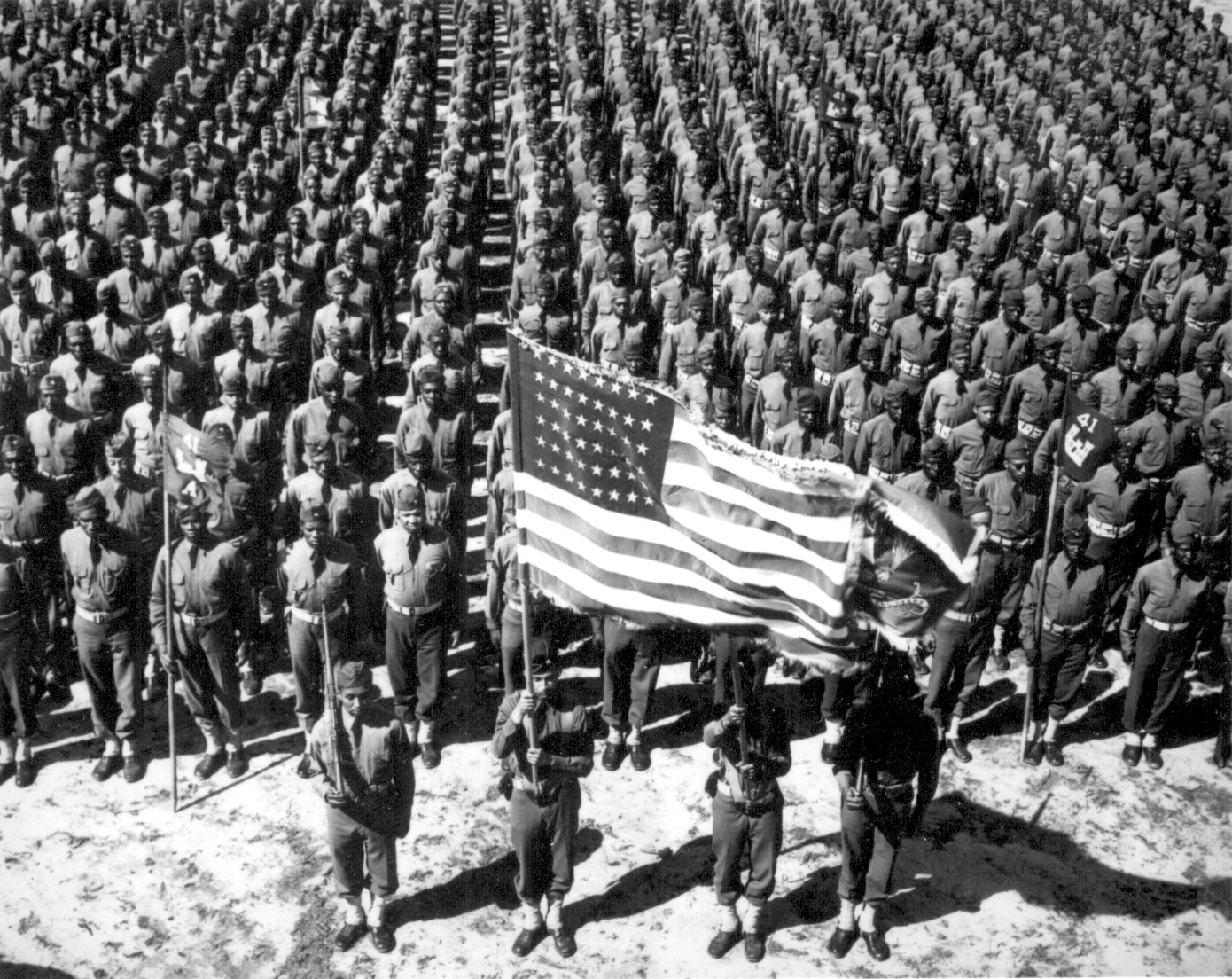 Yet amidst these feelings of disillusionment, Pearce suggested that the experience of being in the army during World War Two also gave African American soldiers a sense of pride and unity, manifesting in a heightened level of confidence to protest racial segregation. This sparked an interesting discussion about the ways in which psychological responses can be leveraged into political action. Pearce posited that the actions of the NAACP (National Association for the Advancement of Colored People) as well as veteran campaign groups were always driven by emotions. It was these emotions, a shared sense of outrage, which provided the motivation to challenge a system that deemed both African American soldiers and civilians to be inferior to their white counterparts. Using primary materials, including personal letters and letters to the NAACP that detailed instances of racial discrimination and violence on public transport, Pearce argued that the experience of being in the US army had a direct impact upon the ’stepping up’ of black resistance to discrimination during this time. Her method of closely reading these individual sources, interrogating the tacit emotive content, rather than focusing on political actions of specific groups for example, offered unique insight into the impact of segregation on the African American psyche and into the motivations of Civil Rights groups.

While Pearce’s paper focused primarily on experience in the US, Lawlor’s paper offered an in-depth look at African American soldiers in Britain between 1942 and 1945. In particular, it examined cases of African American soldiers accused of rape and the subsequent reaction of British society. Bringing the notorious 1944 case against Corporal Leroy Henry to the forefront of her paper, Lawlor argued that cases of rape in wartime Britain were distinctive in comparison to cases in France and Germany due to the integration of American soldiers and British civilians. Perhaps the most remarkable of Lawlor’s observations was the way in which the public organised petitions in defence of African American GIs accused of rape, and that victims were frequently blamed for their alleged promiscuity and often branded liars in the press. This reaction was especially perplexing due to Britain’s prejudicial attitudes towards interracial sex at the time. 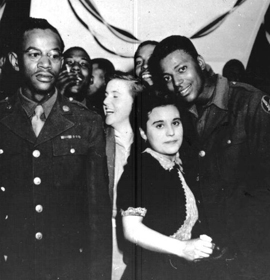 Her paper explored the influence of prevailing social attitudes about respectability and moral delinquency on the handling of rape cases in Britain, a line of enquiry which suggests that public discourse and the press shifted the blame to women and consequently led to the acquittal of numerous alleged rapists. Lawlor highlighted the curious intersection of racism and sexism in British society at this unique moment. Her presentation of statistics, perhaps most notably the fact that black GIs accounted for one third of rape convictions at US Army General Courts-Martial in Britain between 1942 and 1945, despite only making up less ten percent of the total amount of American troops, stimulated thought about the disproportionate prosecution of African American troops in Britain and how this paralleled, and continues to parallel, the justice system in the US.

Taken together, these papers constituted a fascinating transatlantic exploration of various forms of racial injustice suffered by African American servicemen during and after the Second World War. Pearce and Lawlor both provided an analysis of the emotional, societal and political impact of racial discrimination towards African American GIs in this period, setting these experiences within the wider context of the fight for racial equality in America.  Raising questions about the contentious position of African American soldiers in the US, these papers highlighted the differences between the treatment of soldiers at home and in Europe, sparking an interesting discussion about the comparison of race relations in the US to those in Europe.

Jennifer is a doctoral student based at Liverpool John Moores University’s Research Centre for Literature and Cultural History. Her current project explores the representation of African American folk belief in the American imagination from the late nineteenth century to the present. Her research is interdisciplinary and traces shifting understandings of African American identity and African-based belief systems in the United States in popular ethnography, literature and film.
View all posts by Jennifer O'Reilly →
Tagged  Black History, Civil Rights, Masculinity, Race, War.
Bookmark the permalink.