‘Patriot or protester?: Changing Ideas of Americanism during the Vietnam Era’

The concepts of patriotism and Americanism continue to constitute central facets of American national identity and thus remain important notions within the American political milieu. For example, on 1 September 2016, just eight days before this panel discussed the concept of Americanism during the Vietnam era, The Guardian reported on prospective president Donald Trump’s plans for American schoolchildren to be taught greater respect for patriotic values. In light of the recent election result, this is even more prescient. Americanism remains an important trope, both historically and contemporaneously. Ideas surrounding what it meant to be an American were arguably never more polarised than during the Vietnam War and the papers throughout this panel, whilst analysing different modi operandi, all served to illuminate the diverging ideas about Americanism during this period.

As Head of State, the President of the United States may be regarded as the embodiment of Americanism. Therefore it makes sense that much of this panel drew upon presidential legacy and memorialisation in order to further discussions of what it meant to be American during this era. Ben Quail’s paper, entitled ‘LBJ, the press, and Americanism,’ outlined the trajectory of President Johnson’s relationship with the press corps. Quail’s paper was particularly useful in its framing of Americanism as a political device, and thus elucidating how the concept was used by both LBJ and the press to further their own ends with regards to Vietnam. He explained how Johnson viewed negative reportage of U.S. actions in Vietnam as ‘un-American,’ to the extent that certain publications and journalists were blacklisted by his administration.  As a result, Quail encouraged the audience to consider the “proper” role of the press in society. This included practical considerations such as the influence of the press in shaping attitudes towards the war, but also more ethical questions surrounding the morality of negative press coverage, particularly during wartime. Asking whether the press was right to report so critically on the administration’s actions in Vietnam, Quail answered an unequivocal, ‘yes,’ before going on to highlight Johnson’s own belief that the president should not dictate to the media. This suggests that perhaps free speech was a more accurate reflection of Americanism at this time, despite the debates surrounding ‘loyal’ newspaper coverage. It would be useful to see Quail discuss this further, as Johnson’s belief of limited presidential interference is perhaps surprising given that Quail’s paper was otherwise focused on Johnson’s inability to cope with criticism. 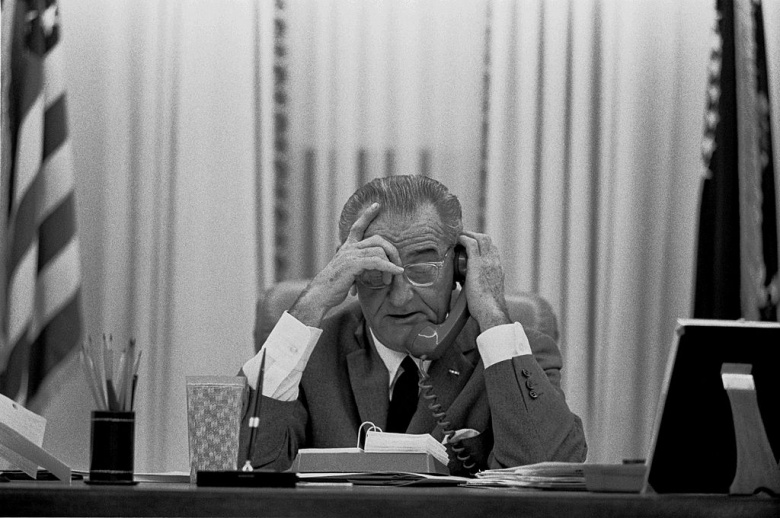 The paper also facilitated some discussion regarding the role of agency in historical memorialisation. With presidential memorialisation proving a fashionable topic for political and cultural historians alike in recent years, and considering the divergent presidential legacies enjoyed by Johnson and his predecessor President John F. Kennedy, it would be interesting for Quail to expand on whether LBJ’s relationship with the press corps has served to influenced the late president’s historical legacy. Or, more broadly, how influential is the role of the press in shaping presidential legacy, period?

Presidential legacy also played a prominent role in Benjamin Pugh’s paper, ‘1964: Racial divide and a presidency in turmoil in HBO’s All the Way.’ The television show focuses on LBJ’s first year in office, with a narrow emphasis on the passage of the 1964 Civil Rights Act. This enabled Pugh to explore many diverse strands including the civil rights movement, film studies, and presidential history. In terms of legacy, Pugh pointed out that LBJ’s presidential legacy has become shrouded by Vietnam, which overshadows his domestic achievements and thus reflects current historical and popular trends that seek to correct this. Like Quail’s paper, Pugh’s compared LBJ to his immediate predecessor. Yet Pugh’s depiction of the transition of power between the two presidents perhaps simplified the historical narrative. Surely many historians would refute Pugh’s claims about Kennedy’s ‘radicalisation of liberalism’, particularly those that have sought to portray JFK’s foreign policy conduct as decidedly hawkish and his attitude towards the African-American civil rights movement as reluctant. That said, Pugh’s assessment of LBJ as a shrewd political operator was accurate, as was his assessment of Vietnam as the defining factor in LBJ’s legacy. Pugh was also correct to suggest that Johnson’s historical role in defining Americanism has been largely excluded from discussions of his presidency, with re-creations and interpretations of JFK and Nixon’s presidencies far more common, despite the growth of interest in Johnson as exemplified by cultural texts such as All the Way. 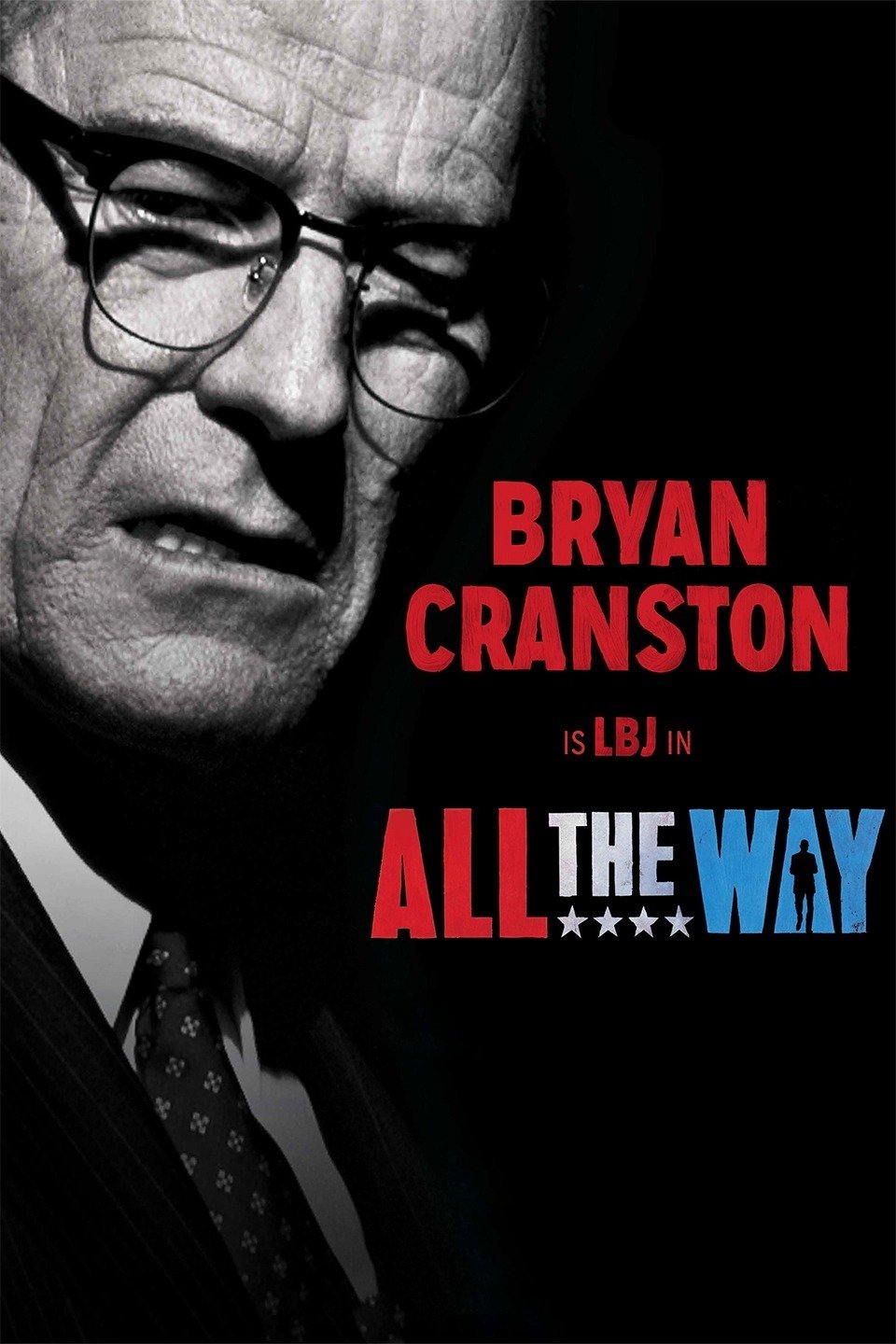 One of the great strengths of Pugh’s paper was its contextualisation of contemporary racial issues, and the continued relevance of the 1960s. However, it would be particularly interesting to hear more about how Johnson’s historical dealing of the civil rights movement could be discussed with reference to discourses concerning patriotism more specifically. Unfortunately racial discrimination has always been a facet of American history – as Lauren Mottle’s paper highlighted. Mottle convincingly presented how citizenship, particularly the demarcation between savage and civilised, has characterised historical debate in the U.S. Much like Quail’s paper, Mottle’s, ‘The Patriotism of protest: anti-war soldiering and the redefinition of the citizen-soldier’, raised questions about the very meaning of patriotism in American society. She drew upon G.I. protest during the Vietnam era in order to explore the meaning of patriotism. Her account was particularly strong in highlighting racial idiosyncrasies, recognising different racial experiences with regards to G.I. anti-Vietnam protest. Complicating our conception of the protest, she explained how G.I. protest was framed in terms of patriotism: it was precisely because of G.I.’s love of their country that they felt the need to express their problem with the policy of their government with regards to Vietnam. Similar to Quail’s discussion of the press, Mottle’s paper suggested that patriotism is about something higher than the individuals in office. It is not about a personal sense of loyalty to a leader, but rather a loyalty to the state in which the leader serves, perhaps.

One of the most striking things expressed through this panel was the complexity of patriotism as a concept from which to analyse what it means to be American. As Pugh pointed out, whilst Americanism is a united term, its application across different societal groups is fractured. This was something underpinned by these papers, with their diverse foci. Quail highlighted that in this era of Vietnam and civil rights, debates on American identity had rarely been so polarised. It is striking that comparable fractures could be noted today, during one of the most divisive election campaigns in decades which has seen the heated and oftentimes vitriolic debating of American values. This panel thus constituted an important contribution to a conference that encouraged delegates to consider American identity both historically, but also in the present day.

Sophie Roberts is a second-year PhD student in the History department at Northumbria University. Her current research examines a number of British females who were active in protesting the Vietnam War, both in domestic and transnational contexts. Her previous research interests include the memorialisation and legacy of President John F. Kennedy, as well as representations of Presidents Kennedy, Johnson and Nixon through the presidential films of Oliver Stone.
View all posts by Sophie Roberts →
Tagged  Americanism, Patriotism, Politics, Presidents, Television, Visual Culture.
Bookmark the permalink.