Patricia Highsmith’s The Talented Mr Ripley (1955) conflates the Cold War debate over what it means to be an ‘authentic’ American. It begins to suggest something unnerving about the state of bodies during this period, that they were something other than what they seemed. This is a time in American history that demanded a visible, and conformist identity. One that was single, collective and unanimous, and could distinguish ‘them’ from  ‘us’. Highsmith’s work of a bloodthirsty murderer who assumes the guise and identity of his victims, takes on an importance that is not only political, but also troubling. 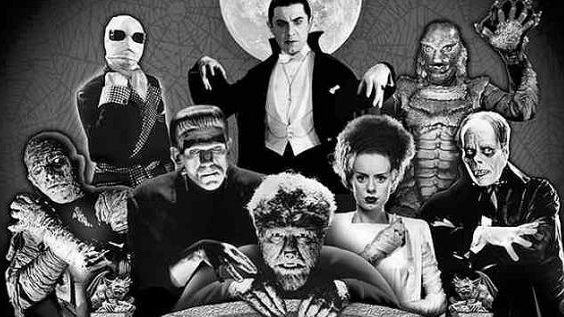 “…bodies who take up residence in non-spaces can both blur and contest coherent notions of identity.”

Considering the works of Judith Butler (1990) and her theory of performative identity, Mr Ripley appears to use a ‘performative’ identity to cover his true and sinister self by appearing to be like those around him. This suggests the possibility for a reiterated denial of authentic subjectivity, and moreover the potential for monstrous non-selves to pass as one of ‘us’. As Butler writes, this paradigm creates a ‘non-space’ – a space which is not one’s own – an ambivalent space taken up as residence by a non-self, a purely exterior self.[1] Indeed, bodies who take up residence in non-spaces can both blur and contest coherent notions of identity. These bodies, especially those without a name, can traverse territories of cultural acceptability. Non-selves have the destabilising ability to be both seemingly conformist through the mimesis of other bodies, and also can remain unknown, and potentially ‘monstrous’. These selves are capable of crossing the lines of acceptability and increase the emergence of fetishised, perverse, and radical identities.

The Talented Mr Ripley examines precisely this theme. It concerns a selfhood that mirrors the visibility of surrounding spaces and thus, is an identity based entirely upon exterior performance. Only Ripley conflates the simple dynamic, by being both a non-self and a counterfeit. As Mary Balken writes in her study of the American counterfeit:

A by-product of a consumerism at its best and worst, the counterfeit has learned how to package and sell the self, but in the shadows are the dangers associated with a manufactured identity … the counterfeit turns out to be the standard by which authenticity is determined, the embodiment of American ideology.[2]

Indeed, the entirety of Tom’s aesthetically conformist identity is a performance which he has learnt to act out. His appearance as ‘Tom’ is one which he has to continuously work on in order to be passable and taken as authentic: “Hadn’t he learned something from these last months? If you wanted to be cheerful, or melancholic, or wistful, or thoughtful, or courteous, you simply had to act those things with every gesture”.[3] As Tom asserts, to be conformist is akin to being authentic, and despite his superficial mask, he appears  to be homogenous and therefore unthreatening:

[W]hen he encountered the people with whom he sat at his table, he greeted them pleasantly and smiled. He began to play a role on the ship, that of a serious young man with a serious job ahead of him. He was courteous, poised, civilised and preoccupied … Tom amused himself with it in his room in front of the mirror … a real conformist’s face, he thought.[4] 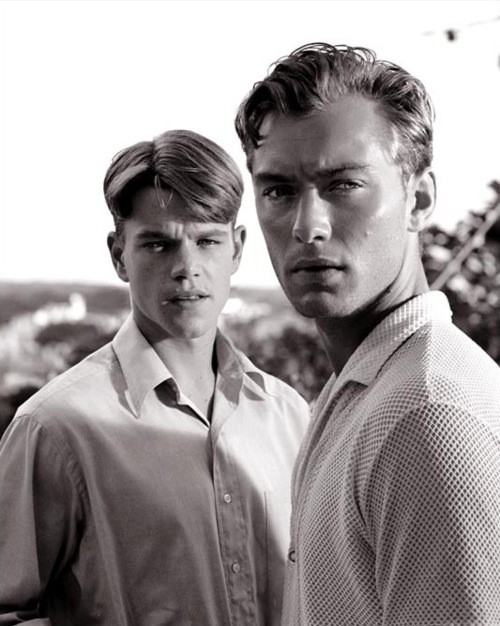 Tom ‘collects’ the identities of those he murders in the fashion of the 1950s consumerist ideal. Moreover, by murdering those he admires, it is as though his newly acquired identity pays some homage to those who are no longer alive. Tom’s re-visioning of them, giving these old bodies a newly fashioned  life on a new body, is akin to the purchase of clothes, goods and objects in order to feel better about oneself and one’s self image. Tom’s identity is therefore, the ultimate performative masculinity.  It is a masquerade informed by the spaces he inhabits, reflecting the smiles on the boat, the pleasantries of those at his table, and the conformist face in the mirror. What is noteworthy however, more so than the fact that this identity hides his infernal intentions, is the way in which this performance fits a mould of unquestionable ‘normality’. Tom’s identity, whether he is ‘being’ Tom, Dickie or Freddie, is no more an imagined version of subjectivity than the norm of acceptable gender. Notably, Tom’s identity is wholly constructed by exterior surfaces, mirroring the contours of cultural and social intelligibility that he deems to be recognizable and of worth. His identity is a valuable cultural artefact, it is something he ‘wears’ like a prized suit or beloved item of jewellery:

He loved possessions, not masses of them, but a select few that he did not  part with. They gave a man self-respect. Not ostentation but quality, and  the love that cherished the quality. Possessions reminded him that he existed, and made him enjoy his existence … He existed. Not many people in the world knew how to, even if they had the money.[5]

The complex issue at heart here is not why is his identity considered to be culturally authentic, and his villainous acts overlooked, but how can any authentic identity exist when all surfaces reflect the same exteriors as Tom’s?

Tom Ripley’s character embodies precisely this dilemma. He is both a non-self and a constitution  of the exterior world to the point where surfaces become the only signifier of selfhood. The non-self’s identity is complex as Tom is inauthentic but also culturally authentic, simply mirroring and performing cultural norms in place of a self-governing identity. He is marked by an absence of a coherent, mediating centre and is repeatedly placed in the position as an un-centered self. For Tom, the success of his performance is his ability to mimic the identities of those he admires and then murders:

Now, from the moment when he got out of bed and went to brush his teeth, he was Dickie, brushing his teeth with his elbow jutted out, Dickie rotating the eggshell on his spoon for the last bite, Dickie invariably putting back the first tie he pulled off the rack and selecting a second. He had even produced a painting in Dickie’s manner.[6]

This form of mimesis is the ultimate consumption, it is an identity based entirely upon the exterior of others. It relies upon the performance of a persona which is both an authentic self, and a culturally conformist self, and moreover, is somebody else altogether.Assuming identities is as simple as changing his attire:

This was the end of Dickie Greenleaf, he knew. He hated becoming Thomas Ripley again, hated being nobody, hated putting on his old set of habits again, and feeling that people looked down on him and were bored with him unless he put on an act for them … he hated going back to himself as he would have hated putting on a shabby suit of clothes, a grease spotted, unpressed suit of clothes that had not been very good even when it was new.[7]

Note the ‘putting on’ of his previous self as ‘Tom’, the likeness to clothing and subjectivity as parallels to one another, for ‘Tom’ is no more real than ‘Dickie’. Both are forms of clothing for the non-self, a stepping into the shoes of other performances, other roles, and other selves. Tom merely assumes a new surface identity with every homicidal act in the same way other characters in the novel assume conformist or bohemian exteriors.

“To suggest Ripley is the perfect conformist belies every structuring and bounded definition of the cultural ideology of the Cold War.”

In some respect, it could be argued that Tom’s version of subjectivity is more culturally ‘authentic’ than any other. He is both a conformist and a reflector of his contemporary space  and performs the epitome of acceptability by assuming the performance of those around him, reacting continuously to his spatial environment. In essence, however, there is something deeply troubling in this implication. To suggest that Tom Ripley is the perfect conformist belies every structuring and bounded definition of the cultural ideology of the Cold War. Rather than simply being a counterfeit, Tom’s mimicry is the most authentic indicator of cultural intelligibility, as,  “if authentic selfhood is about what is inside rather than outside, about essences rather than surfaces, then the seeming counterfeit can indeed be the one thing (or self) that is truly authentic”.[8] Tom Ripley’s indefinable subjectivity suggests the most destabilising and worrying notion of all, that the greatest threat of the postwar years came not from outside, but rather from those who were already inside.

Butler, J. Bodies that Matter: On the Discursive Limits of Sex. Routledge, London, 1993.

Mawer, N. D. A Critical Study of the Fiction of Patricia Highsmith: From the Psychoanalytical to the Political. Edwin Mellen Press, Lampeter, 2004.

Rubenstein, R. Boundaries of the Self: Gender, Culture, Fiction. University of Illinois, Chicago, 1987.

Weinstein, A. Nobody’s Home: Spaces, Self and Place in American Fiction from Hawthorne to DeLillo. Oxford University Press, Oxford, 1993.

‘[S]omething to feel about’: Zora Neale Hurston’s Barracoon: The Story of The Last Slave
Counterpublics and the New Dynamics of Contemporary Conservatism: From the Tea Party to the Trump Mo...
“FACTS TAKE A BACKSEAT TO MYTHS” – BREXIT FROM AN AMERICAN PERSPECTIVE. An Interview with Leif Johan...
Summer Camps and US Empire
"The Greatest Infomercial in Political History”: A Presidency in the Age of Entertainment
Book Review: Rhetoric of Modern Death in American Living Dead Films by Outi Hakola
Spaces and Spatialities of Empire – An Introduction
"An exceptional opportunity": Rachael Alexander on the role of BAAS Postgraduate Representative

After receiving her English degree, Antonia worked as a fashion journalist before returning to academia, where she completed an MA and PhD in American Literature. Since 2011 she has been an Associate Lecturer at Oxford Brookes University as well as a lecturer at Goldsmiths, University of London. In recent months Antonia received the teaching award at Oxford Brookes and is currently working on her first book - a monograph of her thesis on Cold War spaces and identity.
View all posts by Antonia Mackay →
Tagged  C20, C21, Cold War, Gender and Sexuality, Masculinity, Popular Culture, Visual Culture.
Bookmark the permalink.