Hannah Murray: My Reflections on winning the 2016 USSO Keynote Competition

Dr Hannah Murray won last year’s USSO Keynote Competition. She gave her keynote ‘Blackface Like Me: The Borders of Belonging and Desires for Blackness in America’ at the 2016 British Association of American Studies Postgraduate Conference, held at the University of Leeds. Details of this year’s competition can be found here. The deadline for entries is 1 September, 2017.

‘Blackface Like Me: The Borders of Belonging and Desires for Blackness in America’ 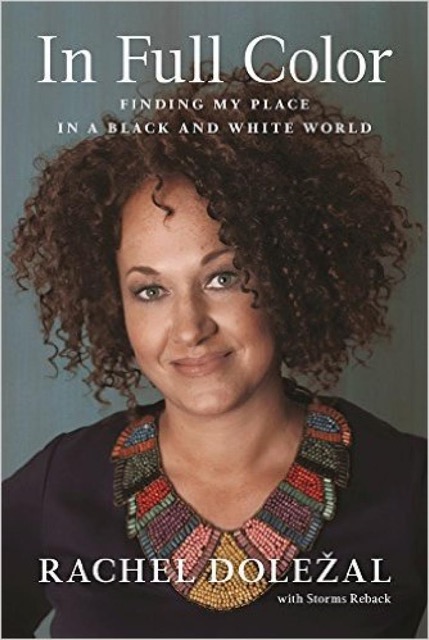 In Full Color: Finding my Place in a Black and White World, Rachel Dolezal (BenBalla Books, 2017)

In November 2016, I was honoured to deliver the inaugural USSO BAAS PG Keynote at the University of Leeds, entitled, ‘Blackface Like Me: The Borders of Belonging and Desires for Blackness in America’. The paper developed the third chapter of my thesis, where I examine liminal whiteness in Robert Montgomery Bird’s novel Sheppard Lee (1836), in which a downwardly mobile white man wills his spirit into a black body and lives as Virginia slave for several months. I considered the long tradition of racial transformation in America through Sheppard and the seemingly disparate figure of Rachel Dolezal, a white NAACP leader living as black, who faced international derision in 2015 when she claimed to be transracial. Both Sheppard and Dolezal are examples of what blackface scholar Eric Lott calls “interracial identification”, in which racial transformation flouts racial boundaries and brings into sharp relief the complexities of racial identity in antebellum and ‘post-racial’ America, respectively.[1] I framed these figures in the history of blackface to argue that blackness acts as an emotional and creative resource that white Americans draw on to reinforce their sense of belonging in America. Early blackface minstrelsy in the 1830s, as exemplified in runaway slave Jumping Jim Crow, offered a form of escapism from the constructions and conformity of white civic identity, predicated on financial property, the work ethic, and personal selfhood. 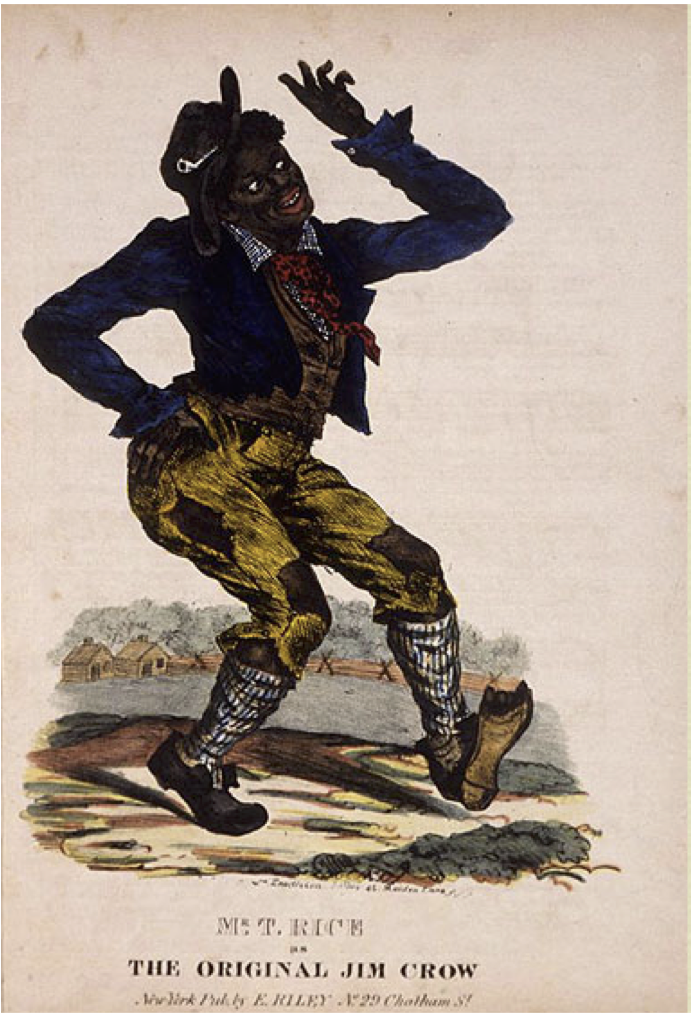 As I demonstrated through my readings of Sheppard Lee and Dolezal’s interviews, these racial transformations attempt to escape whiteness’s conformity, its expectations, and its association with power and dominance by erasing whiteness instead of interrogating it. The long history of racial transformation—from what I term Bird’s “textual blackface” to Dolezal’s cultural appropriation— provocatively and continually interrogates racial borders in America yet privileges white expression and belonging over non-white agency. Utilising the history of blackface in reading instances of racial disguise and transformation helps us to understand both the constructed nature of race in America and the need to continually challenge white privilege.

Reflections on the Keynote Competition

The keynote was a fantastic opportunity to share my work with scholars in American studies. In particular, it gave me a platform to discuss an author with whom not many Americanists are familiar—Bird—and draw on original archive research I had carried out at the University of Pennsylvania in 2015. The competition posed a welcome challenge disseminating my research for different audiences. It encouraged me to write for an audience that, whilst sharing a broad base of knowledge, are not experts in my specific field of nineteenth-century literature. Furthermore, it challenged me to think beyond the narrow focus of my PhD thesis. Instead of the granular work I often present in a 20-minute paper, the keynote made me think of my work in much broader terms and make connections outside the thesis. I had been thinking about Rachel Dolezal in the long tradition of blackface since her ‘uncovering’ in 2015 but could not find a place for this research in my thesis itself, which examines liminal whiteness in antebellum fiction. The competition was an impetus to draw links between Sheppard Lee, a blackface novel that satirises white civic identity, and Dolezal, who claims her blackness challenges white dominance: both Bird and Dolezal use blackness as a creative and emotional resource to support their sense of belonging in America, a clear sign of their white privilege. As a result, what might have been a specific American literature talk at another venue (a paper on Sheppard Lee alone), developed into a broader—and I hope more engaging—American Studies discussion.

Beyond the content of the talk alone, presenting in front of my peers and senior academics for 40 minutes boosted my confidence at a testing time—a month before I submitted my thesis. The audience were not only generous in their comments during the 15-minute Q&A, but also posed engaging questions that helped develop my line of thought and prepared me for my viva and subsequent job presentation. As a postgraduate, it is rare to have the spotlight shone on your work for an extended time; in showcasing early career research in this way, BAAS and USSO take seriously their commitment to supporting our field’s junior scholars and their professional development. I encourage any postgraduate or early career American Studies scholar to consider submitting their keynote ideas for this year’s conference.

A Brief Consideration of the American Empire Through Modern and Contemporary Poetry
Go West: Bernie Sanders over-wins, but Trump is in the spotlight
Review of the 1st Americas Postgraduate Conference at the UCL Institute of the Americas
Black History Month Roundup: U.S. Studies Online Special Series
Review of 'Avant-Gardes Now!' Symposium
60 Seconds with BAAS 2017 Conference Organisers
War Among All Puerto Ricans: The Nationalist Revolt and the Creation of the Estado Libre Asociado of...
Book Review: This Nonviolent Stuff’ll Get You Killed: How Guns Made the Civil Rights Movement Possib...

Dr. Hannah Lauren Murray is an early career researcher at the University of Nottingham. Her monograph in preparation examines liminal whiteness in early national and antebellum fiction.  From September, she will join the English department at King’s College London to teach Early American Studies. She sits on the Steering Committee for British Association of Nineteenth-Century Americanists (BrANCA).
View all posts by Hannah Murray →
Tagged  African American Culture, Black History, keynote competition, Race.
Bookmark the permalink.