Home » Research » History » God and the Revolution: Christianity, the South, and the Communist Party of the USA

God and the Revolution: Christianity, the South, and the Communist Party of the USA 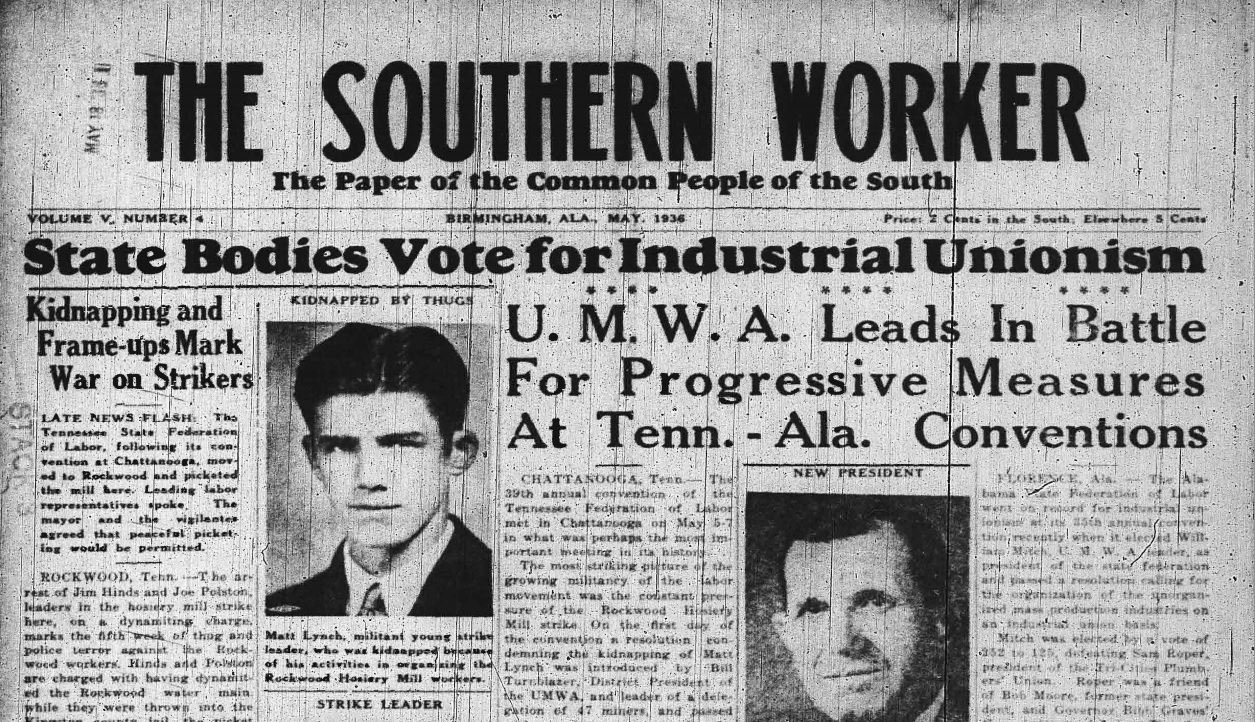 In an article written for the Financial Times in October 2013, the journalist Robert Wright claimed that “[o]rganised labour has never taken hold in the American South, where unions are viewed with suspicion”. He quoted Nelson Lichtenstein, a professor at the University of California at Santa Barbara, who argued that this was reinforced by Southern religion.[1] This perception also permeates much of the historiography of the region.[2] There is clearly some valid evidence for this interpretation, including Irving Bernstein’s belief that, since mill owners’ paid ministers’ salaries, religion could be used to tamp down labour activism.[3] As the Nobel Prize-winning American author Sinclair Lewis wrote during the Depression: employers controlled “the whole human train, down to the clerical caboose”.[4] Nevertheless, I believe that a more nuanced examination is required. Religion in the American South was, after all, remarkably varied.[5] With that in mind, this article looks at what may appear to be an unusual wedding between faith and politics: the Communist Party of the USA (CPUSA). Far from adopting a simplistic, homogenized approach to religion in the South, the CPUSA’s relationship to religious beliefs changed over time – due, in no small part, to developments in Europe – and, crucially, were not as unambiguously hostile as we might initially expect.

Founded in 1919, the CPUSA enjoyed a period of significance during the late 1930s and again from 1942-1949, particularly amongst intellectuals and the labour movement, before declining at the outset of the 1950s due to the hostile postwar climate in America.[6] Interestingly, many Communist party members did not exhibit the antagonism towards religion that may be expected; in many cases, they remained devout churchgoers. As Robin Kelley wrote in his 1990 study of black Communists in Alabama: “[i]ronically, [their] radical, prophetic tradition of Christianity was a major factor in drawing blacks into the Communist Party and its mass organizations”.[7] 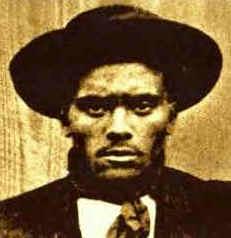 Perhaps the most famous example of this connection between Christianity and Communism came in the person of Ned Cobb. Made famous through the publication of a series of interviews with the historian Theodore Rosengarten, in which he was known pseudonymously as “Nate Shaw”, Cobb epitomises the inspiration many Communists took from their Christian faith. An early member of the Communist-organised Sharecroppers’ Union (SCU) in Alabama, he spent time in prison for his union activities, during which he underwent a conversion experience.[8] This new-found faith allowed him to contextualise his earlier activism, which he saw as being compatible with his Christian convictions. “I haven’t apologized to my Savior,” he said, “for joinin [the union]; it was workin for right [sic]”.[9] Cobb and other activists like him, therefore, reflect the possibility of grassroots reconciliation many Communist Party members saw between Christianity and Marxist politics. 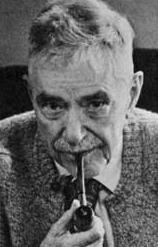 Interestingly, this may also have held true for the CPUSA elite. Despite their Marxist ideology and Stalinist politics, the leadership of the CPUSA was often not overtly hostile towards religious belief or practice. Earl Browder, the CPUSA’s general secretary, was never shy about his religious upbringing, and frequently used Christian metaphors when describing the party’s rise.[10] Indeed, when he was invited to debate with a minister in 1939, Browder stressed heavily in his response that he stood “upon [a] platform of complete and unconditional freedom of religion” which precluded any discussion of the “merits of differing religious views”. Instead, Browder wrote, he preferred to concern himself with more practical issues, and focus the discussion on “matters of public policy and which policies are in [the] best interest of the people”.[11]

It is also possible to detect a similar view of religion in the party’s publications. The Southern Worker, the CPUSA’s Southern organ, repeatedly carried positive stories involving religious groups or individuals. Jesus, declared one issue of the Southern Worker, was after all a “Carpenter who fought to bring better days to His people”. “The workers”, the article went on to say, “feel that God wants them to have a share in the fine things of the earth”.[12] Therefore, the CPUSA saw a place for even the outright use of religious language and rhetoric in its propaganda in the South.

However, a close examination of the Southern Worker reveals that such accommodation for religious belief was not always evident. A stream of articles from the early 1930s exhibited a strong hostility, directed mostly at ministers and churches. Headlines such as “Salvation Army urges slavery for the jobless”, “Preacher butchers son” and “Thieving preacher-landlord robs whole cropper family” sat alongside accusations of fraud, hypocrisy and adultery on the part of religious figures in the South.[13]

Why, then, did the very same paper carry such contradictory messages just a few years apart? The answer may rest in developments, not in the American South, but in Europe. The CPUSA was, after all, connected umbilically to the USSR, and enthusiastically followed instructions passed on from Moscow.[14] This lack of autonomy, therefore, may explain the party’s changing stance towards religious individuals, beliefs and institutions throughout the 1930s. During the twenties and early thirties, the USSR encouraged foreign Communist parties – including the CPUSA – to adopt a position of sectarian Marxist agitation. This led to the CPUSA rejecting cooperation with other progressive movements in the South, such as the Congress of Industrial Organisations and the Southern Tenant Farmers Union, many of which were deeply (and explicitly) influenced by Christian beliefs and practices.[15] However, following the rise of fascist parties and regimes across Europe, the USSR (and, hence, the CPUSA) began advocating for a so-called “Popular Front” in order to combat them. Such a policy necessitated greater collaboration, which led to the party seeking closer connections with the religious elements of the labour movement in the South.[16]

Therefore, despite what we may easily expect, the CPUSA saw Southern Christianity as almost a natural ally. For all the preconceptions of Christianity (particularly in America), it is not sufficient simply to say that it stood in polar opposition to left-wing labour politics. Conversely, despite the assumptions we may make about orthodox Marxism, it is also not enough to see it as a necessarily anti-religious ideology. Instead, the reality was – as ever – considerably more complex; far from viewing one another as natural enemies, there was in fact a great degree of cross-fertilisation between Southern religion and Communist politics. As a result, many Christians engaged in labour activism, viewing it as a religious duty. Similarly, many members of the CPUSA saw Southern religion as a possible avenue of support, and explicitly used Christian symbols and metaphors in their attempts to build a broad base of support in the region. Far from seeing it as the “opium of the people”, many Marxists in the South saw religious belief as a source of support and legitimation, and welcomed the involvement of Christian fellow travellers.

[2] See, for example, Irving Bernstein, The Lean Years: A History of the American Worker (Boston, 1966); Liston Pope, Millhands and Preachers: A Study of Gastonia (New Haven, 1942) & Wayne Flynt, ‘Religion at the polls: a case study of twentieth-century politics and religion in Florida’ in The Florida Historical Quarterly, 72 (1994), pp 469-483.

The Presidential Juggler: Franklin D. Roosevelt, Rhetorical Flexibility, and Autofabrication
White American Women in Paris and the Life of Literary Modernism
“The show will go on”: the successes of Trump and Sanders push back the end of the primary elections
Book Review: Canadian Literature and Cultural Memory, Edited by Cynthia Sugars and Eleanor Ty
Book Review: The World Reimagined by Mark Philip Bradley
May Day and the future of workers’ internationalism
Historiography of North American Ethnobotany
60 Seconds With Brian Ward

Andrew Carruthers is a Masters student at the University of St Andrews, where his research interests include religion, race, music and politics in the modern USA. He holds a BA in Modern History from Queen's University Belfast, and his current research examines the interactions between jazz and black Christianity during the interwar period.
View all posts by Andrew Carruthers →
Tagged  American Working Class, C20, Labour, Politics, Religion, Southern History.
Bookmark the permalink.