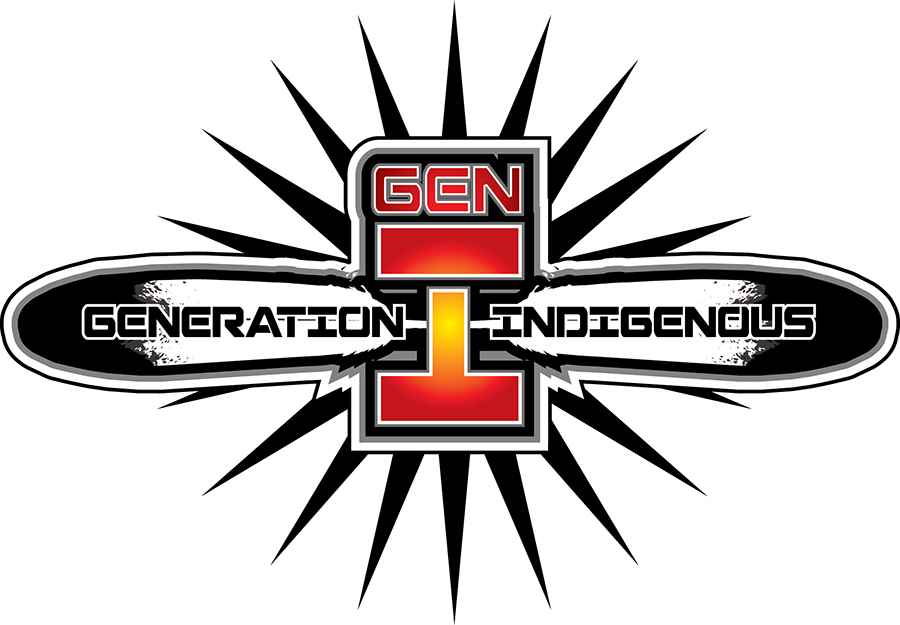 The importance of youth in the political activism of Native Americans is well established and formed the backbone of the Red Power movement during the 20th century. However, almost fifty years on from the heyday of the occupation of Alcatraz Island, President Obama launched an initiative that would see the next generation of Indians rise to the fore once again. ‘Generation Indigenous’ or Gen-I for short was established on 3 December 2014, and is designed to focus on “removing the barriers that stand between Native youth and their opportunity to succeed” as the initiatives website states. The objectives of the initiative reveal just how far-reaching and significant such an effort could be in improving the long-term future of Native Americans of all tribes.

Firstly, the initiative launched the Native Youth Community Projects. Administered by the Department of Education and through the already- existing Demonstration Grants Program, funding will be provided in a number of Native communities to support policies relating to culturally relevant strategies, with a strict focus on preparing Native children and youth for both college and future careers. In addition, Gen-I sees the launch of the Cabinet Native Youth Listening Tour which will provide young people with the opportunity to provide input on how federal policies should be altered to provide maximum reward for Native youth. Coupled with the increased numbers of youth internships and employment opportunities across federal agencies the initial signs are positive.

On 9th July 2015 the first White House Tribal Youth Gathering took place in Washington D.C., providing an opportunity for American Indian and Alaska Native youths to meet with senior officials of the Obama Administration as well as the White House Council on Native American Affairs. The gathering built on the Native Youth Conference hosted by the Substance Abuse and Mental Health Services Administration (SAMHSA) in 2014, which itself had more than 200 tribal representatives, comprised of approximately 125 Native youth.[1] In attendance at the WHTYG was First Lady Michelle Obama who spoke to the attendees of the importance of embracing Native history and recognising the role their ancestors had played in shaping the United States of America. Obama told the excited crowd that “Your customs, your values, your discoveries are at the heart of the American story”[2] and strained to emphasise that Gen-I is more than an initiative by insisting that it is, in fact, a movement; it embraces history and culture, encouraging all citizens to understand the significance of previous Native generations. With these statements, the First Lady taps into the rich history of youth-led Indian political activism, which in the last few decades has come to form the basis of Native protest.

Perhaps the most important theme throughout the First Lady’s speech was education, a cornerstone of organisations like the National Congress of American Indians and the National Indian Youth Council. Her references to this aspect of Native life are particularly important when placed alongside alarming figures for high school graduation rates amongst Native Americans. For the class of 2010, approximately 51% of students earned a high school diploma, a figure that was actually a 3% decrease on figures released for 2008.[3] RiShawn Biddle, Director of Communications for the National Indian Education Association, went so far as to suggest that “Native education is in crisis”.[4]

Three years later and after Obama’s re-election the Department of Education reported that graduation rates across the country had increased, but once again this was not something enjoyed by all ethnic groups. For the 2009-10 academic year Native Americans suffered the highest dropout rate in grades 9-12 at 6.7%.  These figures underscore the importance of education to the Gen-I initiative and highlight the gap between ethnicities that has existed for decades. Previous administrations have failed to adequately address shortfalls in Indian education, but this initiative aims to establish how federal Indian policy has failed Natives through the release of the White House Native Youth Report.[5] With 39% of the Native population comprising of those under 24 years of age – 6% higher than the national average – it is even more imperative that dropout rates are addressed in order to protect the next generations. The publication of this report is the first step to correcting these mistakes. In attendance to hear Obama’s words were representatives from Mesa Strength Youth Council, North Carolina Native American Youth Organization, Chahta Alla Youth Council of Choctaw and many others from around the nation. Bringing the individual tribal organisations together in this fashion embraces the idea of pan-Indianism created as a by-product of federal policies of termination and relocation, providing the networking opportunities that make long-term success possible. By removing individual tribal barriers and presenting a united front, future tribe and activist leaders can seek to protect themselves should an administration less favourable than Obama’s take office. It seems unlikely that Indian activism will return to the days of public protests at sites like Alcatraz, Wounded Knee and Mount Rushmore, given the has shifted to roundtable negotiations and behind-the-scenes discussions, so the skillset of these youth organisations will need to adapt accordingly. Nonetheless, change is perhaps more likely now than at any time since the Nixon administration.

The network is designed to establish database through which Native youth can access information about opportunities and resources and have their voices and positive contributions highlighted and elevated”.[6] Participants are encouraged to enhance their community, with suggestions including charity volunteer projects and becoming a mentor to younger Natives. Those signed up to the Youth Network include the Boys and Girls Club of America, the American Indian Higher Education Consortium and the United National Indian Tribal Youth. To document the experience, contributors were encouraged to summarise their efforts through both written and photographic/video work, while sharing their efforts on social media using #Gen-I as the hashtag. The network was designed to feed directly into the WHYTG, with the possibility that some of the entrants would be invited to apply to send a representative to the gathering in Washington, D.C.

The task facing Gen-I is a sizeable one and, given the false dawns of previous decades, there are many who will refuse to become optimistic about its success. However, the comprehensive outlines of the initiative suggest that Indian policy has become of increasingly high priority under the Obama administration. The next generation are crucial in the success of any ethnic group, but the Native American and Alaska Native youths have their ancestors to look to for guidance regarding how to ensure progress occurs. Gen-I may not achieve the substantial, long-lasting change that the participants at the WHTYG desire, but it could initiate the rejuvenation of Indian political activism and, perhaps, initiate a 21st century Red Power movement. Keep an eye on it. After all, there is, as John F. Kennedy put it, “unfinished business”.[7]

Ben is a third year PhD student at Canterbury Christ Church University. In July of 2013 he was awarded an academic scholarship from the History faculty and undertook his first research trip to Washington D.C. in September 2014. He holds a particular interest in Native American history and politics in the twentieth and twenty-first centuries. His thesis focuses on the Red Power movement, suggesting that the roots and legacy of the period of Indian activism can be traced further than the traditional narrative suggests.
View all posts by Benjamin Harvey Sporle →
Tagged  C21, Generation Indigenous, Native Americans, Politics.
Bookmark the permalink.