Home » Skills development » Careers » From Academia to Parliament: How academics can support the Foreign Affairs Committee

From Academia to Parliament: How academics can support the Foreign Affairs Committee

The Palace of Westminster, London. Image sourced from telegraph.co.uk.

A few months ago I attended a half-day workshop at the Houses of Parliament as part of an effort by the Foreign Affairs Committee (FAC) to engage with the research and expertise of academics and, in particular, early career scholars. The session was led by Senior Committee Specialist Ariella Huff, who has previously worked as a Research Associate at the University of Cambridge, where she also received her PhD in International Studies, before joining the Foreign Affairs Committee in 2014. Ariella was keen to stress the Committee’s aim of increasing its connections with a broad range of academics who can provide expert advice on issues being investigated by the Committee.

In part, the workshop was an exercise in demystifying the process to encourage more academics to get involved with the Committee’s work. While the work of the Foreign Affairs Committee perhaps speaks more to diplomatic historians, political scientists and IR scholars than it does other American Studies academics, the principles here can be applied to other Select Committees, such as those covering Culture, Media, & Sport, Education, Home Affairs, International Development, and Women & Equalities.

What is the Foreign Affairs Select Committee?

The FAC can perhaps be described as a ‘shadow Foreign Office.’ It is a cross-party panel of MPs whose “remit is to examine the expenditure, administration and policy of the Foreign and Commonwealth Office.” Given its interest in the international affairs of the United Kingdom, the FAC is closely linked to the International Development and Defence Select Committees. It currently consists of eleven backbench MPs (6 Conservative, 4 Labour, 1 SNP) and is chaired by Crispin Blunt (Conservative) who is elected by parliament to the role. Perhaps most importantly, the FAC is an independent Committee – it is not a part of the government. Indeed, its purpose is to assess and critique government foreign policy. 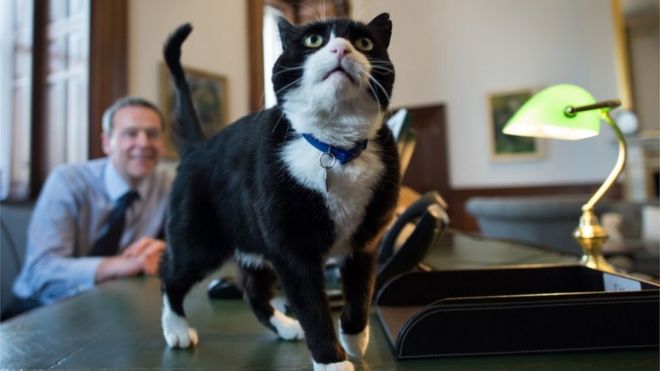 How does it work?

The Committee chair decides what the FAC focuses on, which is often based on their own personal or political interests. Recent FAC inquiries cover a broad range of prominent issues, including the prospects and implications of BREXIT, Russian foreign policy, the threat posed by ISIS, the case for extending UK airstrikes to Syria, understanding political Islam, and international human rights.

The Committee then reads all the evidence and submits a report to the Foreign and Commonwealth Office (FCO) giving their assessment and recommendations. The FCO then responds to the report; occasionally, as in the debate over airstrikes in Syria during which the FAC said that David Cameron had “failed” to make the case for war, the Prime Minister will also respond.

How can academics help?

The first thing to do is to keep track of what the FAC is interested in by checking the website, joining its mailing lists, and following on Twitter. Once the terms of reference for a particular issue have been published (the most recent one, for example, focuses on the UK’s relationship with Turkey) you can then submit written evidence responding to the specific concerns and interests of the Committee. For academics, this can be based on their intimate knowledge of a particular subject area using qualitative or quantitative evidence.

Ariella pointed out that the FAC is particularly keen to receive evidence from early-career academics because their research is generally at the cutting-edge of their field. Occasionally, academics will be asked to give oral evidence before the Committee, which allows Committee members to ask questions and learn more about the issue under investigation.

Why should academics get involved?

Submitting evidence to the FASC is a good way to share one’s research expertise beyond the academy. The Committee benefits from and encourages academics to contribute as they are often experts in the field and, as such, their research can help to shape FAC/FASC reports to the FCO, and thereby have a direct impact upon official government policy. Their evidence can then be used alongside evidence submitted by non-academics, such as political activists and NGOs.

The Committee is also keen to receive evidence from as wide a range of sources as possible, so it is useful if academics submit evidence directly. Unfortunately, Committee members do not know all specialists on any given subject and it is sometimes too easy to get in touch with people who have previously contributed, which can mean the same old faces providing evidence. Similarly, the Committee has found that there is a significant gender imbalance in the evidence they request and receive.

With Boris Johnson as Foreign Secretary, the FAC’s work is – perhaps – more important than ever. With that in mind, here are some top tips for providing useful – and usable – evidence to the Committee:

‘The speed of every incident is unbelievable’: Writer Muriel Rukeyser and the Spanish Civil War
USSO Interviews SHAW Postgraduate Writing Workshop Organiser Jon Coburn
More Bang for Your Buck: Teaching Nuclear History
Introducing ‘The American South’: A Free Online Course from the Institute of Humanities at Northumbr...
Teaching America 'Online': Designing and delivering the Online Distance course ‘A History of the Blu...
My Archival Adventure as an Academic Researcher across the Atlantic
American Studies in Europe: Introducing the Interview Series
US History as Myth-Busting

Ben completed his PhD at the University of Nottingham and is currently Lecturer in History at Sheffield Hallam University. His current research examines the role of philanthropic NGOs in US foreign relations, focusing on the Near East Foundation's education and disease control programmes in Iran during the Cold War. His first book - US Foreign Policy and the Modernization of Iran: Kennedy, Johnson, Nixon, and the Shah - was published in 2015 by Palgrave Macmillan.
View all posts by Ben Offiler →
Tagged  Academia, ECR's, Foreign Affairs, Foreign Policy.
Bookmark the permalink.