This is the second post in the series ‘I am Fatima: Negotiating Identities in Contemporary American-Muslim Women’s Writing’ guest-written by Hasnul Djohar. This short series explores American-Muslim women’s writing in the 21st Century, focusing on the negotiation of identities within the works of a specific author in each of the three posts. You can read the introduction to the series here and the first post ‘Women’s Emancipation in Mohja Kahf’s Emails from Scheherazad (2003)‘ here. 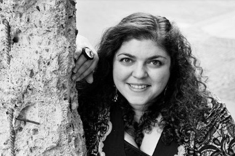 Randa Jarrar’s A Map of Home (2008) narrates the coming-of-age story of a Muslim woman of Egyptian and Palestinian descent. This novel was published in half a dozen languages and won a Hopwood Award, an Arab-American Book Award, and was named one of the best novels of 2008 by the Barnes and Noble Review. Jarrar, who also wrote Me, Him, Muhammad Ali (2016), was named one of the Most Anticipated Books of 2016 by The Millions, a Key Collection for Fall 2016 by Library Journal, and one of Electric Literature‘s 25 best collections of the year.

Maxine Hong Kingston’s The Woman Warrior (1976) which uses Chinese folktales; and Jarrar also alludes to Palestinian folktales. The protagonist, Nidali, describes this folktale through the way her grandma, Sitto, tells her the story, which is about “two sisters, one poor and one rich” […] “The poor one goes to the rich one’s house and the rich one’s stuffing cabbage leaves” (101). The poor one is creative and willing to help others until she becomes rich because her own fart is happy after she lets it go from her stomach and it presents her with gold, while her sister at the end is dying because her own fart gives her scorpions after forcing it to go out from her comfortable stomach. This folklore is about the transformation of the two different sisters: the poor, who are helpful but oppressed, become wealthy, while the rich, who are greedy and oppressed, die. This folktale can be understood as a message to the mighty not to repress the weak. Using this, Jarrar illustrates how Arab/Muslim women express their minority voices by alluding to their own unique culture and folklores.

Significantly, the folktale above is about journey, morality, and education, which are similar to Nidali’s story in the novel. The two sisters in Sitto’s tale also perform their journeys through adventures that go beneath the earth in order to search for their farts, which had embarrassed them in front of the Mayor. Below the earth, they also find townspeople, who force the fart to send the sisters back to the earth. The townspeople decide to send the poor sister back with gold because she is good and makes the fart happy, while the rich sister is sent back to the earth with scorpions because she is greedy and makes the fart angry. Indeed, this folktale is funny and irreverent with its focus on scatology and bodily functions.

This tale can be related to Nidali’s story; when she won the reading Quran competition she forced the Arab school to change its policy, which previously published certificates with “student, or tilmith—which indicated a male student” (17). The first narrator adds: “The judge had been forced to alter the word and add a feminizing ha to make the male student, the tilmith, a tilmitha” (17). Indeed, Nidali successfully influenced her teacher’s outlook, which had previously focused on male students, instead of female students. Arguably, these stories can be related to the American Civil Rights movement (1954-1968) led by Martin Luther King, that successfully forced the US government to establish the Act of 1960. Similar to the main traits of King, who had dreams and passions to liberate the Black people, Nidali also has a dream to liberate female students to have equal rights to male students in winning the Quran competitions. This dream has encouraged Nidali to work hard to recite the Quran in order to win the competition, which is dominantly won by men. Thus, this text illustrates how the Muslim-woman breaks the norm and challenges the status quo by being equal to men, by even beating men in the competition. 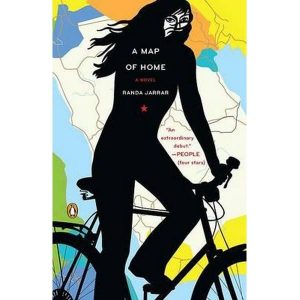 By using the aesthetic device of folktales, The Map of Home may transform the dominant notion of schools as the place to achieve knowledge and learn about morality, rather than folktales. The narrator asserts that Nidali “remembered that she [Sitto] couldn’t read or write. But she could tell stories” (101). In this way, Jarrar demonstrates that the significance of telling stories is equal to reading and writing as their goals are to educate. However, it can be argued that in modern American education, folktales are very rare, reflecting how American modern society may lack compassion, as folktales often involve moral lessons as The Map of Home suggests. Indeed, Jarrar illustrates how Nidali learns and improves her character through the tales told by her grandmother. Thus, Nidali not only learns about morality and values from school, but also from her own culture and folktales.

The second folktale that Sitto tells Nidali is about “the half-and-half boy who was half a human because his father ate half the pomegranate he was supposed to give his infertile wife to help her carry his child” (104). This depiction can be interpreted as Nidali reflecting upon her own hybrid identity, which is not derived from the whole “pomegranate”, symbolising her identity and culture, but from Palestine, Jordan, Egypt and America. By having these four different cultural backgrounds, Nidali questions the notion of nationalism and Americanness. Sitto also tells Nidali that “the boy in the story was stronger and better than the kids that came from the whole pomegranate, and that when she called me “a half-and-half one,” that’s what she thought of me” (104). Indeed, Sitto reminds Nidali that although the boy does not come from the whole pomegranate representing the motherland, he provides magnificent benefits for his town as he is “stronger and better” than the native children. In this way, Jarrar depicts Nidali as reminding herself that although she does not come from the dominant American culture, her knowledge and skills, especially as a writer and professor, can also contribute to American culture, in this case as an Ethnic-American.

Significantly, Nancy El Gendy (2016) argues that Jarrar deploys trickster humour, which “exemplifies one mode of resistance, for it helps to desacralize social conventions that have long created body ideologies and mythologies” (14). Indeed, throughout this novel, Jarrar not only uses humour and folktales, but also utilises letters and dreams, which are elaborated upon further in another edition. Thus, Jarrar’s aesthetical devices work to eradicate religious and social doctrines and dogmas, which tend to manufacture certain knowledge and beliefs about certain groups, particularly marginal communities.

Teaching Radicalism
There's No Place like Home: Hillary Clinton and Donald Trump Conquered New York
In The Fields Of Democracy: The Midwest In World War I
How American Commentators Commit Violence Against the Middle East
Celebrating Neutrality? What We Can Expect from America's Ongoing Centennial Commemorations of the “...
Review of 'Avant-Gardes Now!' Symposium
Media Coverage and the Presidential Election of 2016: Introducing the Series
"In U.S. Cities or on Palestine's Streets" - A Black-Palestinian Narration of Subaltern Geographies

Hasnul Djohar is a PhD candidate in American Literature supervised by Dr. Sinead Moynihan and Dr. Florian Stadtler at the University of Exeter. She is an awardee of Indonesian Endowment (LPDP) Funded PhD in English and a Fulbright scholar. She is also a lecturer at Syarif Hidayatullah State Islamic University (UIN Jakarta), Jakarta, Indonesia. Her research focuses on culture (ethnicity), memory, and identity in contemporary American-Muslim women’s writing. Her twitter handle is @hasnuldjohar.
View all posts by Hasnul Djohar →
Tagged  American-Muslim, C21, Folktales, identity, Religion, Women Writers, Women's Writing.
Bookmark the permalink.