Please join us on Tues 20 Oct at 4.15, when Dr Megan Hunt will give a talk, ‘ “You don’t see Billy Graham walking any picket lines”: visible and audible Protestants in Selma’s Beloved Community’. All welcome.

If you’d like to attend, email Dr Laura Rattray (Laura.Rattray@glasgow.ac.uk) and you’ll receive a secure Zoom link on the day of the talk. 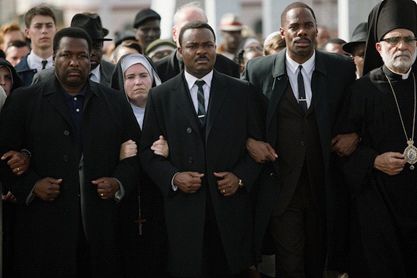 Pitting dignified black Protestants against zealous Klansmen in a simplified battle of good versus evil, cinematic constructions of the civil rights movement frequently rely on popular preconceptions about Protestantism in the American South. But Ava DuVernay’s Selma (2014) exposes and expands the limited projection of religion in previous films and highlights a broad landscape of religious thought in the freedom struggle, as Martin Luther King, Jr. urges people of all faiths to march in pursuit of African American voting rights. In the film, as in reality, the response was both “rapid and astonishing,” christened “The Charge of the Bible Brigade” by Ramparts magazine.

The unparalleled inclusivity of this religious vision has inspired numerous debates about religion in civil rights filmmaking and within the movement itself, from examinations of Selma’s use of spiritual music to questions about the omission of Rabbi Abraham Joshua Heschel.  But Selma has also forced many conservative, white evangelicals to question the absence of their forbearers in King’s “beloved community,” including “America’s Pastor,” Billy Graham. This paper examines these debates, alongside the film’s inspired use of religious and secular music, which marks another break with the traditions of the white-centric civil rights drama. 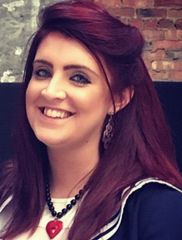 Dr Megan Hunt is Teaching Fellow in Modern and Contemporary History at the University of Edinburgh. She is working on her first monograph, Southern by the Grace of God: Religion, Race, and Civil Rights in Hollywood’s South, having previously published on Selma, Mississippi Burning, and The Help. She has also researched and published on the place of African American history in UK schools, with her most recent co-authored article for the Journal of American Studies available via open access here. Megan also sits on the steering committee of Historians of the Twentieth Century United States (HOTCUS) and is a co-founder of The Precarity Project.