It’s very easy for postgraduate researchers, whatever the discipline, to get so caught up in the particular bubble of their own research that they miss the benefit of outside perspectives. These can be from a different time period, field, or even outside the discipline itself. Between the 22nd and 29th of June, 2018, a group of research students from across the East Midlands – united by a shared passion for American Studies – gathered in Matlock, Derbyshire, with the intention of bursting these academic bubbles. The academic retreat was a student-led project generously funded by the Midlands3Cities Doctoral Training Partnership (M3C) and was attended by both M3C and non-M3C PhD candidates representing Birmingham City University, Nottingham Trent University, the University of Leicester, and the University of Nottingham. The result was an engaging, intellectually rewarding, and interdisciplinary week of reading groups, professional development workshops, and work-in-progress sessions that all participants agreed made them stronger and more effective researchers.

Underpinning the week was a diverse series of reading groups, which lasted roughly two hours and explored topics such as gender and gun culture, social media, transgender activist literature, and ‘sickness’ in the US South. The sessions were co-chaired by a research student and a visiting academic – with Christopher Phelps (University of Nottingham), Ruth Page (University of Birmingham), Susan Billingham (University of Nottingham), and Brian Ward (Northumbria University) co-leading the respective reading groups – and touched on history, visual culture, literary criticism, and cultural studies, to name but a few of the approaches. By responding to pre-circulated reading curated by the reading group chairs, participants gained a more holistic and balanced understanding of the different and intersecting strands of practice in American Studies. Each of the sessions generated questions of great utility for today’s young Americanists: how ingrained into social and civic life is gun culture? What will the effect of social media be on ideas of narrativity? What role does literature have in activism? How can we engage with the emerging field of medical humanities? And, what is the precise relationship between class and welfare? Moreover, the reading groups led to discussions about our own practice as researchers, and the kinds of questions we should be asking when we interrogate our own assumptions, theories, and conclusions. 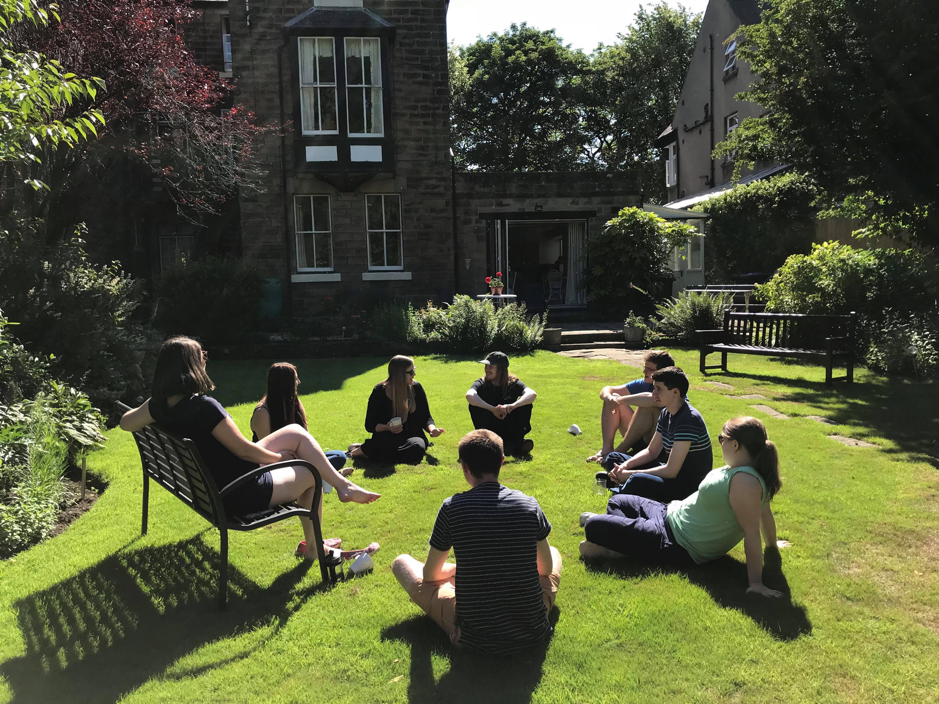 The retreat also provided opportunities to glean invaluable advice from established researchers about specific academic practices, whether it be publishing articles in journals and teaching undergraduates, or writing book proposals and applying for academic jobs. It was also refreshing to hear honest reflections on academia from our peers, particularly those who had already had experience in publishing and teaching. Whilst some of the mantras taken from these sessions may seem obvious – persistence is key, strive for originality – hearing them applied in specific circumstances made goals of becoming a published author or an inspiring teacher seem all the more realistic and achievable.

Equally important was a day of Work-in-Progress (WiP) seminars. Led by Matthew Pethers (University of Nottingham), these sessions enabled participants to present, justify, and critique their own work in a friendly yet stimulating environment. Each volunteer circulated an article-length piece of their own work before the retreat, and introduced their paper in front of the assembled researchers before answering precise and far-reaching questions from the floor. Not only was it good preparation for defending one’s project in a viva, but it also encouraged presenters to leave their comfort zones, vocalising precise ideas and arguments that had otherwise gone implicit and unstructured. 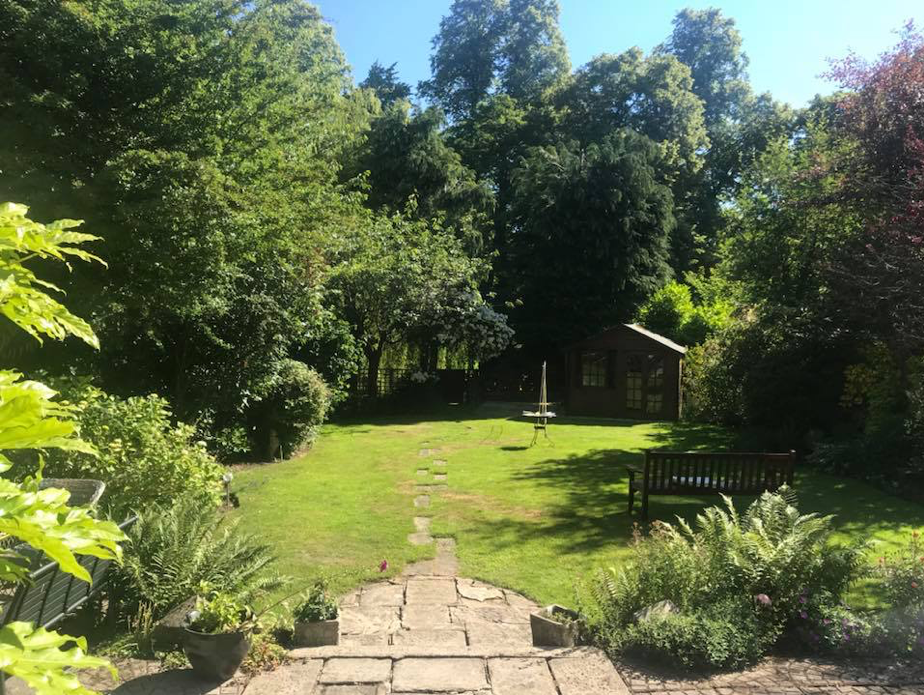 The lovely garden backing on to the River Derwent at the Riverbank Guest House, Matlock, Derbyshire (Photo Credit: Hannah Jeffrey)

It wasn’t all work, though. With twenty young academics holed up in a Peak District bed and breakfast, the retreat provided a fantastic opportunity to socialise and mingle beyond the typical networking of conferences, and the glorious summer sunshine was seized upon. Hikes, barbecues, geocaching adventures, quizzes, games of football, a sports day contest, and even an impromptu display of one participant’s prowess in karate all served to solidify the bonds of friendship and academic camaraderie that had been developing over the week.

By transplanting networking and collaboration away from rigid university hierarchies and structures into a relaxed informal setting, it was clear to see just how much researchers’ primary, secondary, and even personal interests overlapped. All involved were in agreement that the week was an emphatic success, and could see the value that all of the sessions had for their academic careers moving forward. Having learned from previous years and previous retreats, the student organisers coordinated a productive timetable of activities and arranged accommodation in the easily accessible location of Matlock to encourage postgraduate researchers from across the East Midlands to get involved at every level. By engaging other Americanists in discussions about particular research topics and the discipline itself, the 2018 Midlands3Cities American Studies Retreat gave its participants an invaluable opportunity to get outside their comfort zone and to attain a better grasp of the multivalent opportunities the discipline has to offer. 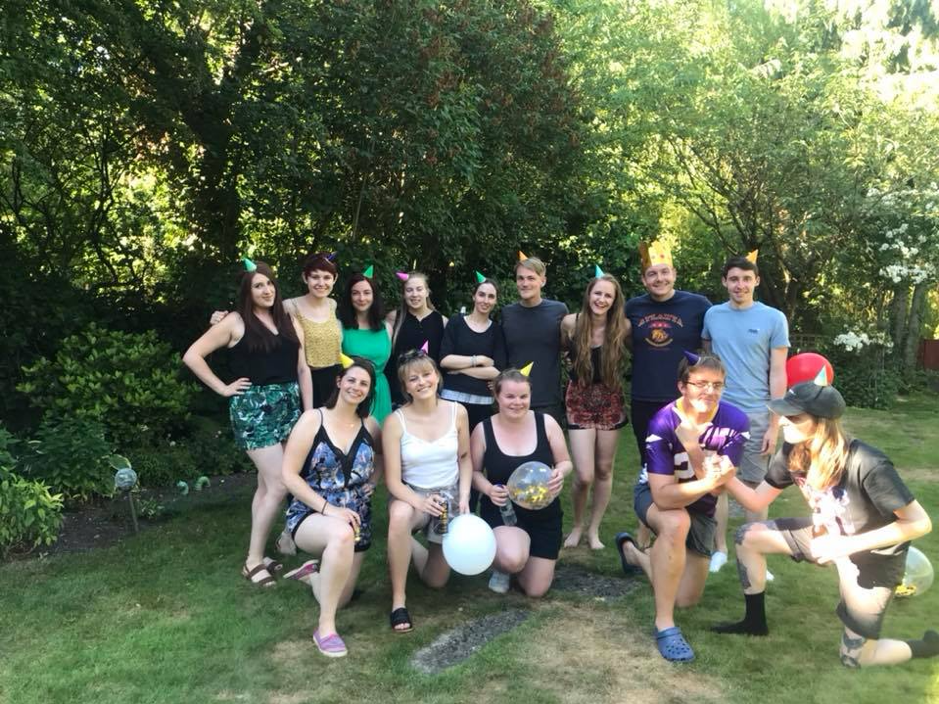 Post-Sports Day birthday celebrations for one of the PGR students in attendance (Photo Credit: Hannah Jeffery)

Book Review: Female Physicians in American Literature: Abortion in 19th-Century Literature and Cultu...
Book Review: Richard Ford and the Ends of Realism by Ian McGuire
Book Review: The Politics of the Body: Gender in a Neoliberal and Neoconservative Age by Alison Phip...
Book Review: South Side Girls: Growing Up in the Great Migration by Marcia Chatelain
Book Review: Atheists in America, edited by Melanie E. Brewster
Review: HOTCUS Inaugural Work-in-Progress Meeting
Book Review: Embodying Masculinities: Towards a History of the Male Body in U.S. Culture and Literat...
Book Review: Infamous Bodies: Early Black Women’s Celebrity and the Afterlives of Rights by Samantha...

George Cox is a PhD student in the department of American and Canadian Studies at the University of Nottingham. His research examines how metaphors of vision and mediation in nineteenth-century Transcendentalist literature are repurposed in contemporary works representing – and being structured by – the internet and social media.
View all posts by George Cox →
Tagged  Academia, Academic Career, Academic life, academic practice, AHRC, Collaboration, interdisciplinary, PHD Funding, Research, Research Funding, research skills.
Bookmark the permalink.