Home » Reviews » A Relatable Past? Early America on the Small Screen

A Relatable Past? Early America on the Small Screen

In June I attended the fantastic Alt-American conference at Oxford (see Andrew Lanham’s review of the event for USSO here) During our final roundtable, we discussed the importance of relatability when studying pre-twentieth century texts. Do readers need to relate to historical figures in order to understand Early American literature and history? Is it important to connect with the personalities encountered from the past?

I’ve kept these questions in mind when watching TV shows set in Early America, a trend in television over the last season.  The ‘New Golden Age’ of television is not the first time that producers have found inspiration in pre-twentieth century America—we can look back to the number of Westerns televised in 1950s and 60s. Additionally, the 1990s saw high-profile film versions of Early American literature and history (Amistad, The Crucible, The Scarlet Letter, The Last of the Mohicans). These new shows present the past as both strange and relatable, engaging with Early American characters as individuals whilst exploring a seemingly alien and unfamiliar historical setting. They meld fiction with historical figures and events, reimagining the past through creative and (often) fantastical storytelling. What is the value of setting these shows in Early America or featuring Early American characters and what does their storytelling add to our understanding of America’s history? 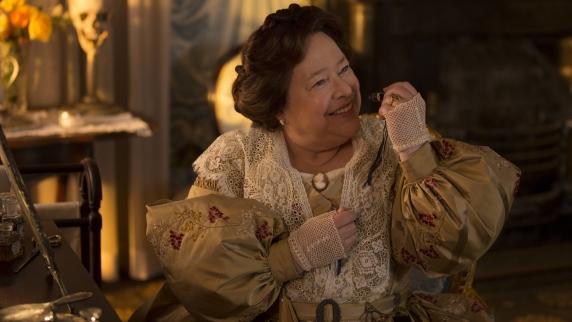 These shows can broadly be grouped as historical drama or historical fantasy, depending on how closely they seek to represent the past. Starting with Early American drama, Turn: Washington’s Spies (AMC) follows the real-life Culper Spy Ring, lead by Abraham Woodhull (Jamie Bell) during the Revolution. The decision to focus on cabbage farmer Woodhull, at first a reluctant spy, instead of Benjamin Tallmadge, the ring’s charismatic leader, serves to emphasise the difficult decisions of Revolutionary subjects living under British rule and the human cost of the fight for independence. AMC’s website also features an interactive map and character tree, enabling viewers to broaden their knowledge of the show’s historical context. On British television, Channel 4’s New Worlds convincingly portrays the struggles of New Englanders in 1680s Massachusetts, living as both colonial subjects under the King’s rule and new Americans on the frontier. Both these shows aim to bring to life transatlantic history through realistic character portraits and dialogue that unites personal and political storylines.

Turning to historical fantasy series, political and social realities of Early America are not as convincingly explored, in favour of sensation and superstition. Early America’s stories of hauntings and witchcraft serve as a rich inspiration for those wanting to create supernatural melodrama. Shows such as Sleepy Hollow, American Horror Story and Salem have appeared following the success of film and television vampire narratives set in the present-day, such as HBO’s True Blood, The CW’s The Vampire Diaries and the Twilight series. Fox’s Sleepy Hollow retells Washington Irving’s 1820 tale, to reimagine Ichabod Crane (Tom Mison) as a British ally of the American Revolutionaries, a personal friend of George Washington. Irving’s Headless Horseman, a Hessian mercenary of the British, is revealed as one of the Four Horseman of the Apocalypse. Both are awakened in 2013 New York state. In episode three, Ichabod clears up a Revolutionary myth, heckling a tour guide at a local museum to correct her that Paul Revere did not shout ‘the British are coming!’ but ‘the regulars’. However in episode four, history and fantasy collide again, as Ichabod’s flashback to 1773 reveals the Boston Tea Party to be a distraction carried out by Crane in order to steal a magical weapon from the British. Throughout the series, the Revolutionary War is rendered fantastical, as the British are in league with the devil in their plan to retain control of the colonies. Certainly an interesting take on American history. 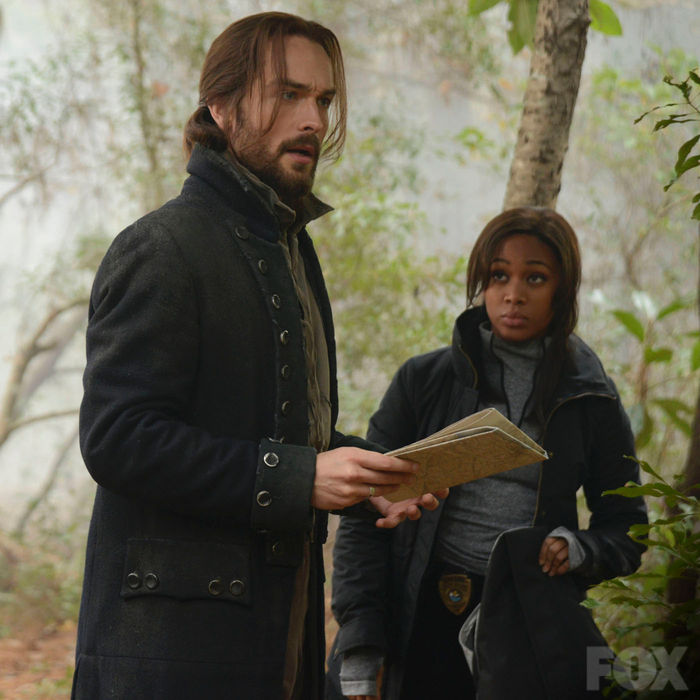 Ichabod is painted as both a strange yet relatable figure. He humorously struggles with modern inventions (cars, energy drinks) and has antiquated mannerisms and speech, but from the outset he is established as a progressive, a staunch abolitionist and friend to the Mohawks. He is very much a heroic figure, whether living in 1781 or 2013; his character transcends the Early American context. Because of his progressive views, it is very easy to see him living in the twenty-first century (once he has gotten used to the internet). Similar to Ichabod in Sleepy Hollow, season three of American Horror Story: Coven (FX) features another Early American character transported to the twenty-first century, but with opposite results. The show’s storyline splits between present day and 1834 New Orleans and in spectacularly gory fashion depicts the infamous Madame Delphine LaLaurie’s torture of African-American slaves. Delphine (Kathy Bates) is another fish-out-of-water in modern New Orleans, with much of the show’s humour located in her offensive antiquated views on race and odd-couple relationship with voodoo witch Queenie (Gabourey Sidibe). We’re not supposed to relate to LaLaurie, she does not become enlightened by the end of the series, in fact she holds those views more fervently than ever in a post-abolition world. The true horror of Coven is LaLaurie’s views on race—in a series full of supernatural terrors she is the human monster of the series—but this is lost amongst the twenty-first century action. 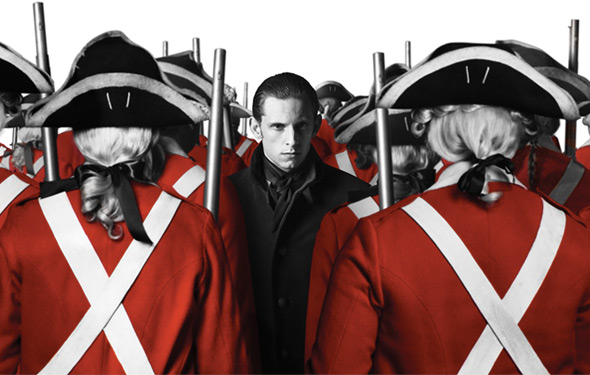 Unlike Turn, Coven and Sleepy Hollow paint history broadly to create heroes and villains with little ambiguity, who we can easily support or mock. This is expected with works of melodrama–the past is used as a springboard for sensational events and characters with little interaction with life in Early America. In Coven, slavery acts as another rich vein of body horror—there is little to no engagement with the politics of slavery or the condition of enslavement, besides physical torture. Apart from Ichabod’s culture-clash with the twenty-first century and his loyalty to the Patriots, we do not learn very much about the Early American worldview in Sleepy Hollow. The same can be said of Salem (WGN), a supernatural retelling of the 1692 Salem Witch Trials. With a black and white credit sequence, including images of ducking stools and pentagrams, alongside music written and sung by Marilyn Manson, the show’s producers definitely attempt to position Salem alongside the successful AHS franchise. The series follows returning soldier John Alden (Shane West) and newly arrived Puritan minister Cotton Mather (Seth Gabel) battle against both the hysteria of the witch-hunts and the real witches hiding in plain sight. Like the two aforementioned shows, Salem gestures towards the racial and gender politics of its chosen time period but refrains from fully exploring these themes. For example, Tituba (Ashley Madewake), a real-life Salem slave charged with witchcraft, justifies her involvement with the devil as a means of retribution towards the white society that has enslaved her. But this is only briefly covered in a short monologue Tituba delivers in episode ten, and she remains framed as a darkened mischievous Other throughout the series. The same can be said of Sleepy Hollow, which portrays Native Americans as a homogenised mystical group. In episode three, Ichabod and his detective partner Abbie (Nicole Beharie) seek out a Native American to help them enter a dream world. Initially the man they find is offended at their stereotyping, but then quickly agrees to perform shamanistic duties, whisking them off to a cellar and giving them a dream-inducing tea. As with Coven and Sleepy Hollow, the supernatural sensational plot is Salem’s priority at the expense of a fuller understanding of Early America and in particular, the fascinating non-supernatural events in Salem in 1692. A show like Salem is deliberately set in a specific time period for its social conditions, in particular the oppression of women and non-whites, and yet fails to really engage with these themes, which in part renders the setting obsolete. 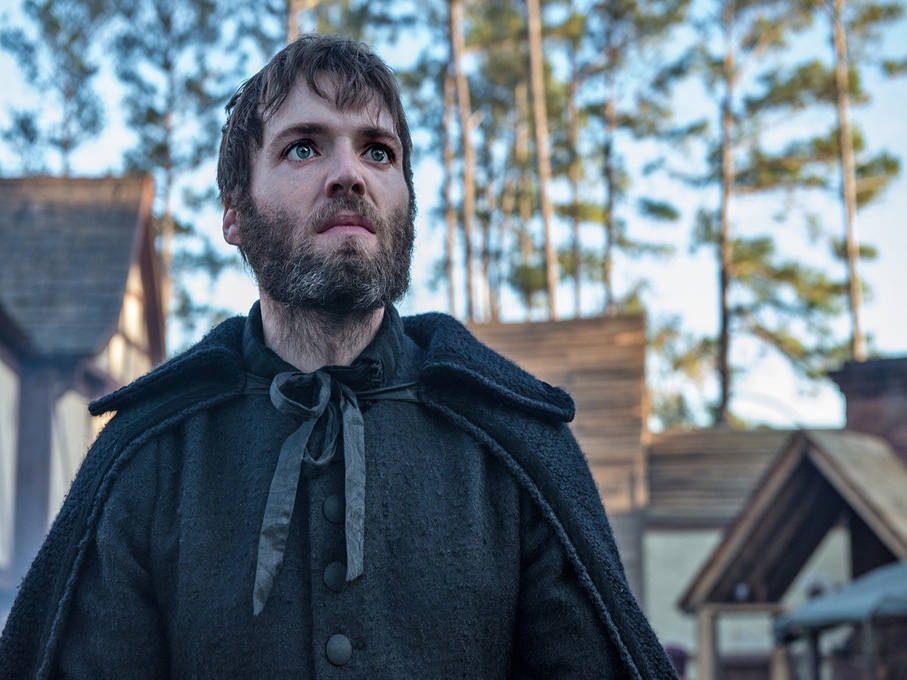 These programmes use witchcraft to celebrate American freedom (from the British, from slavery, from Puritan oppression) and individuality, which are very appealing positive ideals. In Salem, witchcraft serves as a sign of individual freedom against the oppressive restrictions of Puritan society; in Coven, Afro-Caribbean voodoo, traced all the way back to Tituba in Salem, is used to punish the white supremacist LaLaurie. Whilst being outsiders feared by the community, these witches in fact represent the individuality and freedom held up as core American values.

Sleepy Hollow, Salem and Coven present characters from distant times to convey the continuation of human character traits and national ideals. Human behaviours and emotions such as vengeance, hatred, love, passion, prejudice are threads that carry through the centuries but characters’ actions and belief systems are shaped by the world around them. What these historical fantasy pieces lack is a fuller engagement with social conditions of the specific set time—these would enhance viewers’ understanding of why characters act in a certain way, or hold certain ideologies. When characters appear to be so different from ourselves, whether it be LaLaurie’s views on race, or the Mather family’s strict Puritanism, further exploration of the historical context would be really valuable.