Since John Dos Passos’ USA Trilogy, no American writer has sought to encompass the variousness of the national experience in quite the way E.L (Edgar) Doctorow did. A child of the Depression, he studied with John Crowe Ransom at Kenyon College in the 1950s and was editor for Norman Mailer and James Baldwin in the 1960s. In later years, he taught writing at NYU and also did some screenwriting, besides, of course, his career as essayist and fiction writer. Doctorow was a novelist of coming-of-age in twentieth century America, one of the US’s few genuinely political novelists, and an historical novelist of great accomplishment. His fiction was enriched by a fascination with popular culture, yet, literarily, he had a strong experimental streak. He explored the no-man’s land between modernist and post-modern fiction writing in ways that the two contemporaries with whom he can most plausibly be grouped, John Updike and Philip Roth, seldom did. Besides all that, Doctorow simply wrote like a dream, no matter what fictional voice he chose to adopt.

In the latter half of his career, Doctorow was most often identified as the author of the novel, Ragtime, a surprise bestseller in 1975. This was helped along by the fact that it was turned into a film directed by Milos Forman in 1981. There is a neat historical/fictional self-referential aspect here, since one of Ragtime’s main concerns is the immigrant, largely Jewish, origins of the American film industry. In fact, near the end of The Book of Daniel (1971), which was also later turned into a film, Daniel (1983), the central character travels to Disneyland and analyzes what it is that Disneyland represents—reality turned into cartoon images, which are then given physical embodiment in a theme park mixing Disney fantasy and American history and geography. I mention all this to underscore the fact that Ragtime found its origin in Doctorow’s earlier, more interesting and powerful novel. In fact, to move from The Book of Daniel to Ragtime is to move from high modernist to post-modernist fiction, a move that few other American writers are able to bring off. 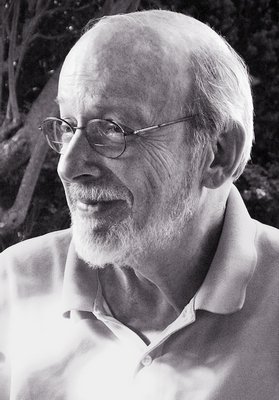 The Book of Daniel easily belongs among the best post-war, American historical novels, as it explores the political and historical landscape where the Old Left of the 1930s gave way to the New Left of the 1960s. Its central character, Daniel “Danny” Isaacson, is a history graduate student at Columbia just as it exploded in the student revolt of the spring of 1968. Daniel and his little sister, Susan, are, as it turns out, also the children of executed atomic spies, Rochelle and Paul Isaacson, who are modelled on “real life” spies, Julius and Ethel Rosenberg, executed in one of the most celebrated spy trials of the Cold War. The novel displays Doctorow’s stylistic ventriloquism and narrative versatility, creating a rich, complex and often contradictory sense of historical reality. The novel also resists the temptation to force the reader to take sides about the guilt of the Isaacsons/Rosenbergs. This is quite a feat, since people on the left have always been convinced that the Rosenbergs had been framed. Besides that, the Rosenbergs’ two sons denied that their parents had betrayed atomic secrets to the Soviet Union during and after the war. Only after 1989 did they come to believe the charges levelled against their parents. The guilt, at least of Julius Rosenberg, became incontrovertible. Overall, then, Doctorow did not use history in The Book of Daniel or any of his other historical novels as a way to flee contemporary American realities but precisely to engage with his America, past and present.

Doctorow’s America is the modern America that runs roughly from the Civil War through to the 1970s and perhaps beyond. He explored the emergence of American industrial capitalism and the American labor movement in Loon Lake (1980) which is perhaps his most direct homage to Dos Passos, but by no means a straightforward realistic novel. Otherwise, World’s Fair (1985) is set in New York in the years leading up to the 1939-40 World Fair, while Billy Bathgate (1989) takes place in the Bronx of the 1930s where the eponymous hero learns to deal with the underworld of gangster Dutch Schultz. Doctorow’s later historical novel The March (2005) moves back to the Civil War to follow General Sherman’s Army as it laid waste to Georgia and South Carolina on the March to the Sea.  It is also tempting to compare Doctorow with another, perhaps better known, historical novelist, Gore Vidal. But Doctorow was less interested than Vidal in the machinations of American political elites and in deflating the image of, say, Abraham Lincoln. In fact Doctorow saw US history, if not exactly “from the bottom up,” at least obliquely and from the margins. He was in equal measure angry and fascinated by the way the country and the culture worked, while Vidal’s fictional sensibility tended to be somewhat contemptuous of the historical actors he wrote about. Put another way, Doctorow’s stylistic and novelistic flexibility allowed him to present a much richer and more interesting America than that of Vidal. Overall, Doctorow’s historical novels, and other fiction, much of which is necessarily unmentioned here, is a democratic vision of American reality, his conception of America closer to Walt Whitman’s than Henry Adams’.

Finally, Doctorow’s fascination with the variety of history and his questioning of the easy distinction between fiction and history, as types of writing or as versions of reality, tended to get some people’s back up. For instance, in his review of The March, John Updike began by confessing his dislike of Doctorow’s Ragtime for the way the way it played fast and loose with historical facts and with the actions of actual characters. But he went on to praise The March for its greater steadiness of historical and epistemological focus. A momentous event such as the Civil War, Updike contended, managed “to hold Doctorow’s busy imagination fast to the reality of history even as he refreshes our memory of it”(The New Yorker, Sept. 12, 2005). Updike’s characteristically neat, if still somewhat ambiguous, praise of Doctorow also suggests that he (Updike) had overlooked the possibility that Ragtime was not intended simply to be a fictional exploration of turn-of-the-century American history, a realist novel that Doctorow somehow lost control over. Rather, the strange, dead-pan style and cartoon-like rendering of historical characters in Ragtime were his (Doctorow’s) way of rendering turn-of-the-century America, but also of offering a subtle critique of it at the same time. As Fredric Jameson asserted in his big “Postmodernism” essay of the mid-1980s, Doctorow is “the epic poet of the disappearance of the American radical past.”

There is always more to say about Edgar Doctorow’s work. It is teeming with social and cultural detail; he is endlessly fascinated by the impact of experience on his characters; and the philosophical implications of Doctorow’s exploration of the distinction between public and private, past and present, history and fiction are almost limitless. Nor have I done any justice to Doctorow’s political conscience and work for PEN over the years. Suffice it to say here, on this occasion, the simple but essential thing: we will miss him greatly.[starbox]

Richard King is Professor Emeritus in the American and Canadian Studies Department at Nottingham University. His study, "Arendt and America" will be published by the University of Chicago Press in mid-October.
View all posts by Richard H. King →
Tagged  C20, Contemporary Fiction, Politics.
Bookmark the permalink.