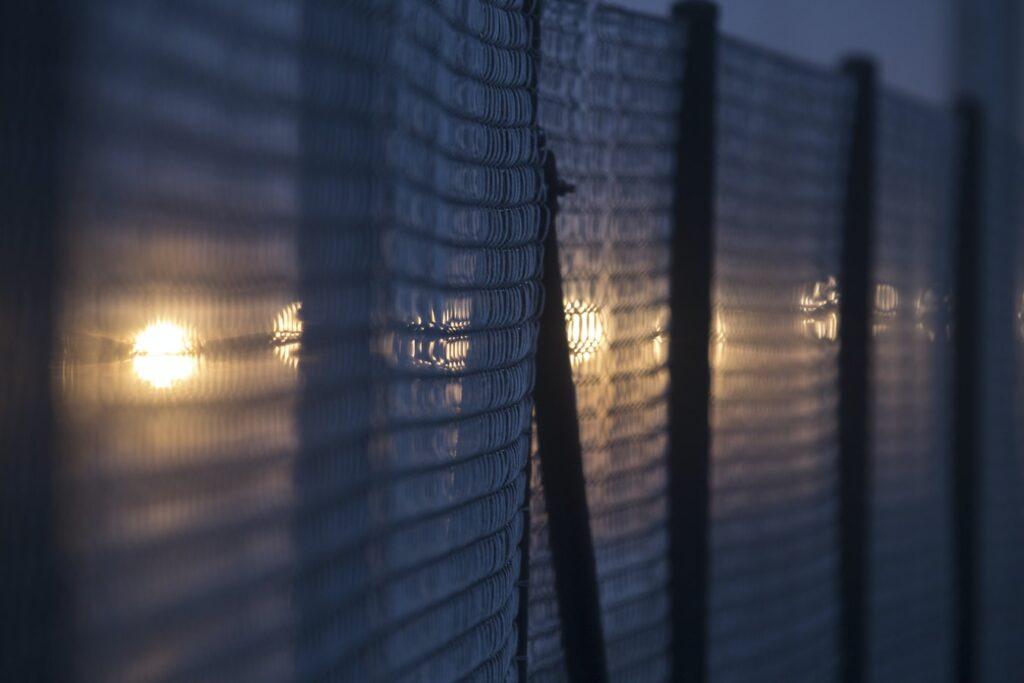 On July 4, 2019, Hulu launched the tenth installment of its ‘Into the Dark’ horror anthology, titled Culture Shock and directed by Mexican Canadian Gigi Saul Guerrero. Culture Shock’s narrative development focuses on the crossing of the US–Mexico border by a group of migrants who are imprisoned in a border facility, where they are used as test subjects in an experimental program for brainwashing and assimilating Latinx migrants. Guerrero’s production was filmed in Santa Clarita, CA, and its script was partially rewritten by the director to make a statement against extrajudicial enforcement practices and the violent conundrum they represent.

The US–Mexico border has been object of a progressive militarization through the years, in particular since the mid-80s when restrictive immigration measures began to be implemented; a further escalation was represented by the apparatus created as a consequence of the 9/11 terrorist attacks and by the Trump administration. For three decades, the boundary and the related enforcement facilities have progressively shaped a kenomatic space in which the constitutional normative structure is suspended,[i] where extrajudicial practices and human rights violations become the norm, and the federal enforcement agencies exert a Foucauldian power over life and right of death.[ii] Trump’s discourse—both during his electoral campaigns and his presidency—was based on nativist tropes[iii] and populist discursive strategies[iv] which focused on a xenophobic construction of the border as an ideological relief valve, avoiding more relevant topics and impending issues. Anti-immigrant discourse—and Trump’s in particular—is strategically based on the construction of an alleged ‘crisis at the border’, supporting the idea that immigrants represent a threat to the security of the state, but also to the integrity of an ideal American society that would become tainted by their entrance. Such an emergency legitimizes the creation of a state of exception, even though it is mostly a discursive construction; even the official data on annual apprehensions at the border show that there has been no crisis due to any exceptional incoming fluxes. Migration from Mexico and the Northern Triangle has depended on economic cycles and political unrest, but the number of yearly apprehensions has oscillated in the same range since the mid-70s.[v]

The first part of Culture Shock follows the story of Marisol (Martha Higareda), a pregnant Mexican woman trying to cross north despite having been raped during her first attempt. When she eventually manages to cross with a group of fellow Mexican and Central American migrants, they are caught and detained by a militarized agency in a sequence evocative of Border Patrol operations. The migrants are then attached to virtual reality machines—reminiscent of those used in Alex Rivera’s Sleep Dealer (2008)—and projected into an idealized American suburb context they cannot escape. The torture they are subjected to might seem inhumane and unrealistic, yet the violation of fundamental human rights and physical abuse represents an issue which resembles ICE’s detention centers and operations. The extrajudiciality intrinsic to the daily practice of enforcement agencies ICE and Border Patrol—which is explored in the documentary series Immigration Nation[vi]—increased during the Trump administration. His executive orders lifted enforcement priorities—which limited arrest and deportation to illegals with serious criminal convictions—and boosted the questionable application of the notion of prevention through deterrence.

Drugged and fed through tubes, in Culture Shock’s virtual reality migrants are forced to assimilate and integrate, speaking exclusively English and participating in the organization of 4th of July celebrations. As it happens to detained migrants in reality, the protagonists of Saul Guerrero’s film are caught in an economy which suspends their rights,[vii] as well as their subjectivity, humanity, and cultural heritage. The virtual space of Cape Joy becomes a heterotopic space where the US dominant monoglossic Anglo culture is—paternalistically and violently—the only ‘good option’ for them, reprising constructions that are central to the American border discourse. As with Trumpian discourses, the inevitable presence of legal immigrants and US citizens of foreign origin leads to discernment becoming necessary and creates different categories based on the notions of ‘good migrants’ and ‘true’ Americanness. Such a kind of strategy is evident in the discourse of movements like Latinos for Trump, for which the conservative, anti-immigrant fringes of the Latinx community embody the alleged ‘good’ type of migrants, embracing US nationalist ideologies and identifying all illegal immigrants as criminals to deport. Trump voiced a fear that is rooted in the US mainstream public sphere, viewing non-assimilated Latinx migrants as criminals, drug dealers, rapists, and just ‘some, [as he assumed], are good people’.[viii]

In Culture Shock the group’s survivors eventually manage to escape, observed by the scientist in charge of the experiment and who embodies a ‘banality of evil’[ix] persona. His character embodies the mechanisms of the administrative reductionism[x] intrinsic to border enforcement agencies’ practice. By means of the sci-fi device and the gothic horror modes it relies on, Culture Shock delves into the dehumanizing processes migrants have to endure in detention facilities, where they are reduced in status and their subjectivity is emptied and erased. Moreover, the virtual reality reproduces the existing structural and cultural violence characterizing the experiences of migrant and Latinx subjects in US society.

Anna Marta Marini is a PhD fellow at Instituto Franklin–UAH, where her main research project (in collaboration with CISAN–UNAM) delves into the representations of border-crossing and the “other side” in US popular culture. Her research interests are: CDA related to violence (either direct, structural, or cultural); the representation of borderlands and Mexican American heritage; the re/construction of identity and otherness in film and comics, particularly in SF, horror, and (weird) western genres. She is currently the president of the PopMeC Association for US Popular Culture Studies.
View all posts by Anna Marta Marini →
Tagged  Hollywood in the Age of Trump, U.S Border Control.
Bookmark the permalink.