This is the third and last post in the series ‘I am Fatima: Negotiating Identities in Contemporary American-Muslim Women’s Writing’ guest-written by Hasnul Djohar. This short series explores American-Muslim women’s writing in the 21st Century, focusing on the negotiation of identities within the works of a specific author in each of the three posts. You can read the introduction to the series here, the first post ‘Women’s Emancipation in Mohja Kahf’s Emails from Scheherazad (2003)‘ here, and the second post ‘Folktales in Randa Jarrar’s A Map of Home (2008)’ here.

Diana Abu-Jaber is a Jordanian-American professor at Portland State University and the author of two memoirs: The Language of Baklava (2005) and Life without a Recipe (2016), and four novels: The Arabian Jazz (1993), Crescent (2003), Origin (2007), and Birds of Paradise (2011), which won the 2012 Arab-American National Book Award. Abu-Jaber’s memoir Life without a Recipe explores how she establishes her own hybrid identity by using food and combining her parents’ different cultural and religious backgrounds. Indeed, she shows and retrains her distinct identity through the symbol of food, evidencing her self-actualisation and hybrid identity through food such as baklava, shish kabob, Magloubeh, and cracking eggs.

Abu-Jaber begins her second memoir by using the motion of cracking eggs as a metaphor for the conflict between Bud, her father who is a Muslim American-Jordanian, and Grace, her maternal grandmother, a Catholic American-German. This conflict can be seen through the way the writer describes, in her first memoir, Bud’s first visit to see Grace, who, as a means to protest against marrying her only daughter, ignores that Muslims do not eat pork and provides him with hams. In Life without a Recipe Abu-Jaber describes how Grace (Gram) loves Diana and teaches her how to cook and bake cakes. Grace says, “The hand lifts, hesitates, then smashes the egg nearly flat against the cutting board” (16), and she adds that “Everything comes out of an egg” (16). By learning how to crack the eggs, Diana can also learn how to understand “tricky” and sensitive things, including the relationship between Bud and Grace, in order to find a bridge between their differences. This can also be related to how Diana needs to understand herself, her two cultural family backgrounds, and the cultural and religious variety in the world.

A lesson (cracking the eggs) is significant for Diana’s maturity in order for her to understand the world, both inside and outside herself, as she cracks the eggs in a very careful manner: “without spreading them everywhere on the floor” (5). Diana defines herself as representing both Bud and Grace’s heritages, without a “crack” between them, but with peace and harmony. This crack can also be interpreted as way to find the connection between the two different backgrounds in order to give insight into her dual personality. Thus, since she was very young, Diana has learned how to link Bud and her grandmother’s different backgrounds in a very careful manner in order to build her own Arab-American identity. Diana also uses what she learns from the art of cooking (cracking eggs) to understand her art of living (identifying herself).

Significantly, the egg or the yolk can be interpreted as a catalyst for creating a new dessert, which is a symbol of a fresh relationship between Bud and Gram. They are firstly depicted as being prejudiced against each other, with each believing that their own religion and culture is better than the other’s. Bud and Gram continuously try to convince Diana to follow their own values; rather than teaching her to see the positive sides of their own beliefs. In spite of this conflict, Diana is able to understand and appreciate these two different cultures. This understanding can be seen through the way Diana enjoys eating baklava and the German cakes together with Bud and Gram. Indeed, although her father and grandmother have superficial conflicts, essentially they can still sit around one table to share their unique food, culture, and religion. In this way, these desserts – baklava and cakes – can be seen as a mixing of the different cultures and religions in a “sweet” way, representing harmony. Thus, this text can be related to the idea of Paul Gilroy’s (2004) conviviality, in which American immigrants can eat together enjoying similar meals, but still maintain their own different heritages.

Abu-Jaber’s identity however cannot be defined by Bud or Gram’s cultural religious background, but by her own needs and freedom while living in a new environment, no matter how hard both of them attempt to influence her identity based on their own personal goals. Thus, Diana creates her own hybrid identity by building bridges between Bud and Gram’s worlds. Her identity is based on her own comfort zone or freedom, despite the fact that her cultural and biological background try to define her in a traditional and conventional way. Thus, the eggs in this memoir can be interpreted as a way of the author achieving self-actualisation by questioning both her family and societal demands, which tends to “crack” the egg, instead of letting the egg develop based on its own nature and situations, which are different from the tradition. 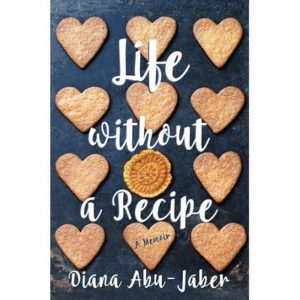 Abu-Jaber continuously uses eggs as symbols of her new identity.  She illustrates the significance of the baby in expanding Diana’s existence in the world in order to generate her own life and food for the next generation. In doing so, Abu-Jaber constructs eggs not only as a representation of food, but also as a symbol of a new generation. When Diana and her husband Scott attend a famous fertility clinic Abu-Jaber states that the doctor “conducts his examination and pronounces me fit—as a vessel. “great! We’ll give you hormonal injections, trick your body into thinking it’s pregnant, and select an egg donor” (90). The phrases “Hormonal injections” and “an egg donor” (90) represent a new creature, which is searching for a place to be developed carefully in order to have a life in the world. Diana struggles both to develop her own identity and to prepare a new generation in order to maintain her uniqueness. In doing so, Abu-Jaber makes a point of the significance of eggs: which are not only a symbol of self-actualisation in her memoir, but also a self-extension through which the protagonist will continue her identity in the world.

Significantly, the new egg, which is represented by Diana’s adopted daughter, Gracie, embodies the continuity of Diana’s identity as an Ethnic-American. Indeed, this adopted child relates to Werner Sollors’ notion in Beyond Ethnicity (1988) that ethnicity is based on consent rather than descent. Diana describes walking with Gracie past a farmers’ market, when a Spanish woman remarked about the ethnicity of her daughter: “Just after the moment of transaction, the woman places our seashells in a bag, bustles over change, and says to me, her voice full of Spanish moss and sweet tea on the porch, ‘Your baby is so pretty, and such an interesting color—was her daddy very dark?” (183). Indeed, Abu-Jaber intertwines the symbolism of food with questions of migration, diaspora, ethnicities, racism, and identities. By adopting a baby girl of a different ethnicity, Abu-Jaber may be challenging both male and white dominance in her family and community. Significantly, Abu-Jaber’s second memoir focuses on the period of her life as a mother and as a writer who not only engages in the art of cooking and writing, but also passes these forms of creativity on to the next generation.

Curating LGBT History Month: Lessons Learned
Go West: Bernie Sanders over-wins, but Trump is in the spotlight
Not just Yo’ Mama but Rap’s Mama: The Dozens, African American Culture and the Origins of Battle Rap
"Be broad, be bold and be aware": Review of the 2014 HOTCUS Postgraduate and Early Career Researcher...
Review: Exhaustion and Regeneration in Post-Millennial North American Literature and Visual Culture
Storify of #bookhour chat on GOLD FAME CITRUS by Claire Vaye Watkins
God and the Revolution: Christianity, the South, and the Communist Party of the USA
The Indentured Atlantic: Bound Servitude and the Literature of American Colonization (Part Two)