On a dusty, unpaved main street veteran Jamie McAllan (Garrett Hedlund) leaves the local general store serving the outpost Mississippi Delta community near his brother’s farm. Suddenly, he drops to the ground. The noise of a car backfiring has returned him to his recent combat experience as a bomber pilot. As local men eye him suspiciously, help is offered in the form of the outstretched hand of Ronsel Jackson (Jason Mitchell). The offer draws reproach from the onlookers for its disruption of local customs and hierarchy. It is 1946 and, while Jamie is white, Ronsel is black (figure 1). But Jamie eventually accepts and returns Ronsel’s assistance when he realises that, like his own, Ronsel’s hand displays a tremor marking them as sharing the experience of service and post-traumatic stress. A tentative friendship is launched between the two men that will ultimately see their already-entwined families irrevocably altered.

Dee Rees’s feature-film Mudbound (2017), available to stream on Netflix, is a faithful adaptation of Hilary Jordan’s 2008 novel. It follows the intersecting lives of the landowning McAllan family and their tenant farmers, the Jacksons, during and immediately after the Second World War. The McAllan and Jackson families are linked together through the land, domestic labour and a final act of violence. Rees, writing with Virgil Williams, preserves Jordan’s multiple narrators through extensive voice-overs, giving equal weight to competing perspectives on either side of the “colour-line” and gender divide of the rural south. As with Jordan’s novel, this means Mudbound is richer than any one of its narrative threads. Still, it is the friendship between Ronsel and Jamie that looms largest when one comes away from the film. On one hand, this is because the men’s service overseas provides moments of visual grandeur that take Mudbound beyond its Delta setting, and on the other, because their interactions propel the second half of the narrative through to its violent conclusion. Yet, Jamie and Ronsel’s friendship also stands out because it is the most cinematically familiar story Mudbound offers. 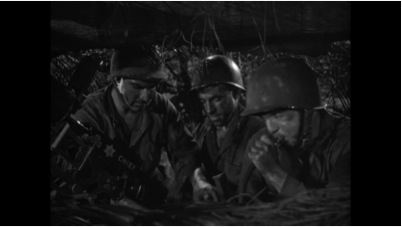 Figure 2: The diversity of troops emphasised through the decorations on a gun in Pride of the Marines (1945)

In The Guardian Steve Rose argues that Mudbound’s presentation of the racially stratified experiences of two soliders gives us something ‘we have never seen on screen before.’[i] Rose is right that Hollywood has consistently whitewashed its war films, yet Mudbound’s exploration of the intersecting lives of veterans is not entirely new. A number of films were produced in the post-war era that addressed the experiences of returning servicemen. Among these productions were some of the first self-consciously anti-racist films Hollywood ever produced, and they typically centred on the burgeoning friendships between men of different backgrounds readjusting to life at home. Extending the tenor of the liberally inflected interventions into Hollywood’s commercial productions made by the government through the United States Office of War Information, these post-war films unofficially continued the aims of wartime propaganda; they critiqued the American dilemma of racism but looked hopefully towards a future in which American democracy might initiate a new era of brotherhood. Therefore, it is interesting to consider Mudbound not as an innovation, but as a production in dialogue with Hollywood’s historic approach to these themes. 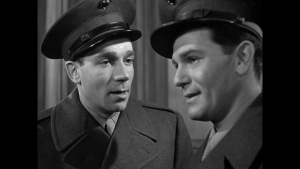 Figure 3: Al tells Lee “Shalom Aleichem, kid” as they head home in Pride of the Marines (1945)

An early re-adjustment film was Pride of the Marines (1945), written by future blacklistee Albert Maltz. Maltz was keen to highlight the diversity of the men at Guadalcanal who served with his real-life subject, Al Schmid (John Garfield); Schmid’s foxhole gun is decorated with the Star of David, a shamrock, and the word ‘chief’ to celebrate its Irish-American, Jewish and Native-American operators (figure 2). Yet, Pride of the Marines went further than just celebrating the familiar ethnic melting pot of Hollywood’s platoons. After being blinded in combat Schmid struggles to accept his disability and is fearful about the discrimination he may face. It is his Jewish foxhole buddy Lee (Dane Clarke) who reminds him that they are both liable to suffer discrimination but can remake the world together (figure 3). A few years later, Home of the Brave (1949) carried this emergent tradition forward. Independent producer Stanley Kramer sought to “update” Arthur Laurent’s play about anti-Semitism in the military by depicting instead the physical and psychic tolls combat experience and military racism have on a black solider, Moss (James Edwards). A sympathetic white doctor, who aims to disabuse Moss of his anxiety about racial discrimination, eventually helps him through his mentally triggered paralysis. The film concludes with Moss and a fellow solider, a white amputee, realising they will both face struggles in postwar America but intend to overcome them together. Moss recites the final line of Eve Merriam’s poem “The Coward” as they head off to their seemingly bright future, in which they intend to open a bar (figure 4). The trope was repeated in Bright Victory (1951), in which a war-blinded racist, Larry (Arthur Kennedy), unknowingly befriends a black patient, Joe (James Edwards, again), at the veteran’s hospital where they are both recuperating. Larry’s blindness enables him to become “color-blind”, and the friendship he unknowingly forms with Joe eventually challenges his preconceptions about black Americans. 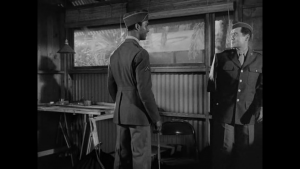 Figure 4: Moss and Mingo (Frank Lovejoy) head off to open their bar in Home of the Brave (1949)

Mudbound conforms to some of the conventions of this cinematic inheritance. When Ronsel asks Jamie why he is open to their friendship, Jamie explains how the experience of being saved by a Tuskegee-trained “Red Tails” pilot altered his perspective. Following the logic behind propaganda documentaries like Frank Capra’s The Negro Solider (1944), Mudbound suggests that witnessing the sacrifice and bravery of black soldiers has the potential to engender a transformation in the attitudes of some white Americans towards their fellow citizens.  Similarly, in exploring the alliance that forms between a white solider suffering from PTSD and a black solider re-adjusting to Jim Crow, Mudbound seemingly carries forward the central premise of the postwar anti-racist demobilisation cycle, which presented veterans on both sides of the “colour-line” as outsiders to the American mainstream who might eradicate the “line” itself through their friendship. However, with its elongated and expanded exploration of what it means to return home, Mudbound diverges from the blandishments inherent in the teachable moments of its predecessors in important ways. 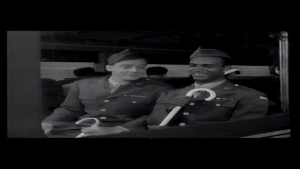 Figure 5: Joe and Larry leave rehabilitation together in Bright Victory (1951)

Prominent white critics, like Bosley Crowther of the New York Times, were often keen to praise the anti-racist demobilisation cycle as productions that came ‘directly and honestly to grips with the evil of racial defamation.’[ii] Yet, these productions were more circumspect than honest.  In sentiments echoed by others, Ralph Ellison worried they had a tendency to promote ‘self-congratulation’ in white audiences. Writing about Home of the Brave, Ellison noted that Moss suffered from ‘concrete acts’ of racism not mere ‘hallucinations’ and, therefore, the film provided an unearned ‘emotional release’ apt to blind viewers to the realities he may actually face.[iii]  One of those realities – the segregation of the military – was altogether ignored in Hollywood’s efforts to showcase black actors in war films.[iv] To acknowledge segregation would have undermined international audiences’ perception of American democracy, grating against wartime and cold war imperatives. Conversely, Mudbound rejects its predecessors’ utopian vision of the military as an integrated space that can foster interracial understanding. Instead, Ronsel’s segregated service is, in the end, a radicalising experience that leaves him angry and defiant; the 761st were, after all, nicknamed “the black Panthers” (figure 6).

With its more upfront depiction of service, it is unsurprising that Mudbound resists some of the typical tropes of the rehabilitation narrative. Ronsel and Jamie do bond over their unrecognised and untreated post-traumatic stress, but Mudbound rejects the reductive equivocation between the adjustment of white and black servicemen so prominent in the postwar productions. At a basic level, while both men find themselves working the land, Jamie has the freedom to drink, drive, and cavort freely while Ronsel must comport himself in a circumscribed manner. Yet, more significantly, while Jamie’s alcoholism is a result of his inability to adjust to life after war, Mudbound’s tense atmosphere makes plain that war is not an experience behind Ronsel; to live in the Jim Crow south as a black man requires existing in a continual combat mode. 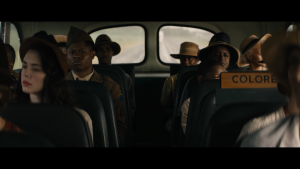 Figure 6: Ronsel returns home riding at the back of the bus in Mudbound (2017)

The definitive difference between Mudbound and its predecessors lies in its presentation of the central friendship. Pride of the Marines, Home of the Brave and Bright Victory share an optimism that personal connections might work to transform society. Mudbound recognises that Ronsel and Jamie’s friendship is actually a liability for Ronsel and is ultimately unable to remake the world around them. Dismantling the persistent trope of the “good white” protector outlined in Vera and Gordan’s Screen Saviours (2003), Rees’s film questions Jamie’s understanding of the risks Ronsel faces and his effectiveness as an ally.[v]  At one point, Jamie pretends to drive Ronsel off a dirt road. Rees’s camera temporarily conceals the identity of the driver, so the audience, like Ronsel, believe he is in moral danger (and, indeed, the sequence foreshadows the violence that will meet Ronsel later). However, to Jamie is it simply the kind of joke soldiers might play on each other. Jamie’s naivety about Ronsel’s vulnerability is extended through to the climax of the film. The way Williams and Rees build to the horror that befalls Ronsel, subtlety different to Jordan’s novel, makes plain Jamie’s negligent culpability in Ronsel’s fate and his continued obliviousness to the risks his friend really faces. In many respects, the implications of this structuring are more intriguing than the far more sensational role Jamie plays in the devastating choice he is eventually forced to make about Ronsel’s fate.

Arguably Mudbound does not ponder enough the symbolic implications of Jamie’s choice as much as it could. Likewise, Rees does not entirely resist an arguably overly optimistic ending; her visualisation of the final sequence works to undercut the ambiguity of Jordan’s prose, preserved in the screenplay. Still, appearing on Netflix after Laurent Bouzereau’s documentary Five Came Back (2017), which explores the production of wartime propaganda by five prominent Hollywood directors, Mudbound is well positioned to enable viewers the opportunity to consider its innovations in the depiction of what coming back was actually like.

[ii]Bosley Crowther, ‘Home of the Brave, at Victoria, and The Stratton Story, at Music Hall, Well Rated’, The New York Times, 13 May 1949.

BOOK REVIEW: HILLBILLY ELEGY: A MEMOIR OF A FAMILY AND CULTURE IN CRISIS, BY J.D. VANCE
The Authoritarian Heroes of Liberal Individualism
Review: The Eleventh International Melville Society Conference
Memory as Superpower in Ta-Nehisi Coates's The Water Dancer
Panel Review: 'Lineages of Black Activism', BAAS Annual Conference 2021 (Online)
Review, 'An American Toy Story'
‘Still being sent to Nam to protect America's myths’: Anti-war Soldiering and the Challenge to Cold ...
Review: 'Poetry and Collaboration in the Age of Modernism' Conference

Hannah Graves is a final year Ph.D. candidate in the Department of History at the University of Warwick. Her research focuses on socially conscious filmmaking during Hollywood’s mid-century.
View all posts by Hannah Graves →
Tagged  C20, C21, Race, Veterans, War.
Bookmark the permalink.