Counterpublics and the New Dynamics of Contemporary Conservatism: From the Tea Party to the Trump Movement

Counterpublics and the New Dynamics of Contemporary Conservatism: From the Tea Party to the Trump Movement

The election of Donald Trump as President of the United States came as a surprise to many. Others, the author of this article included, saw in his election the culmination of a variety of long-term processes and recent transformations within the contemporary American Right. Whether interpreted as an anomaly or confirmation of long-term developments, the Trump phenomenon has changed the way we think about voter alignments, election campaigning, the American Presidency and dynamics of the American Right. This article looks at the Trump phenomenon from the perspective of the concepts publics and the counterpublics. It argues that the Trump phenomenon and the preceding Tea Party movement represent a new stage in the American Right’s organisational and discursive development. 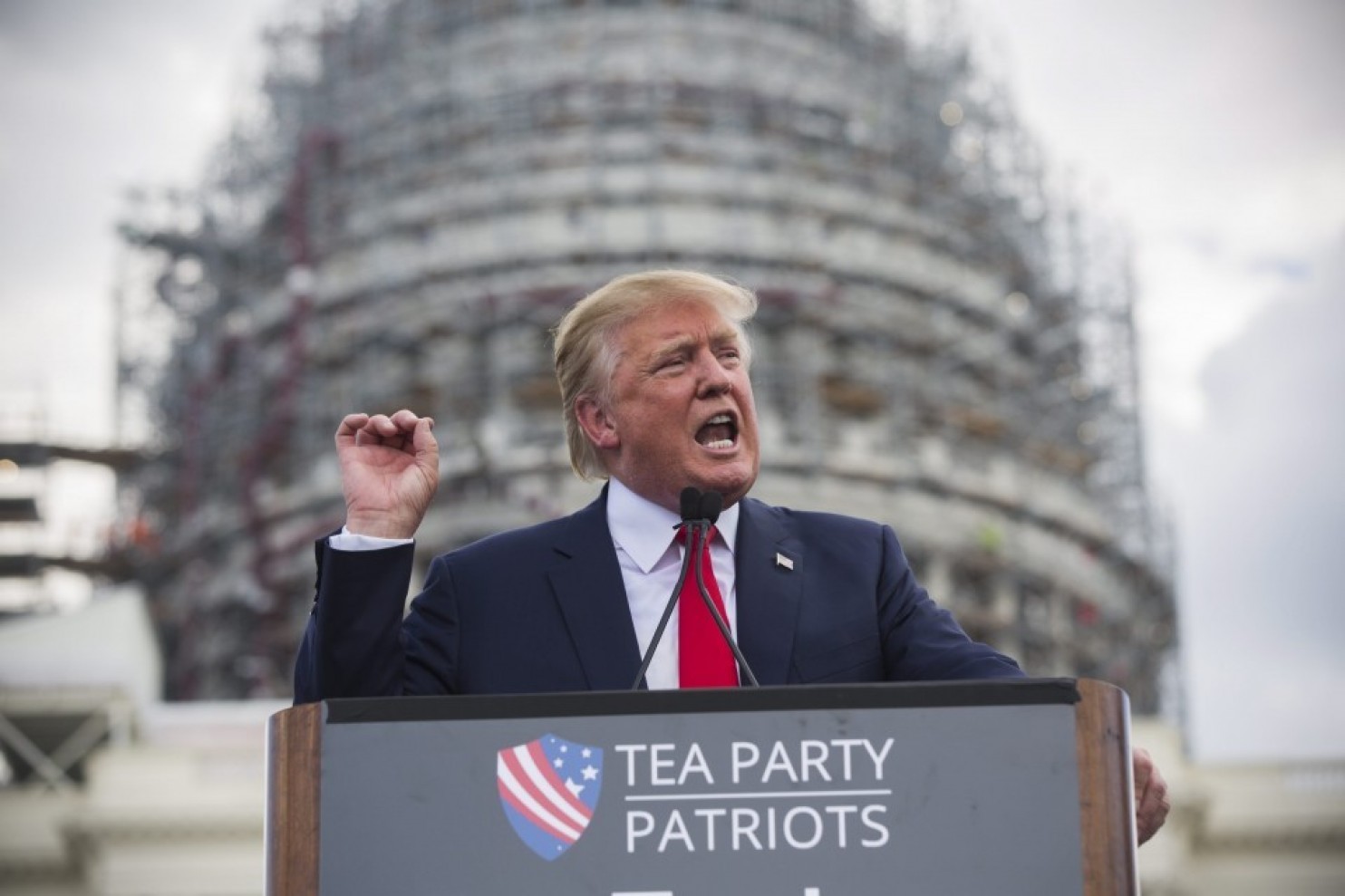 The idea of publics and counterpublics as discursive spaces is grounded on a number of assumptions about communication and social interaction in mass societies. But what are publics? Following Michael Warner’s (2002) insights, publics can be understood as self-organised and text-based (including, of course, audio-visual texts as well) discourses that exists between strangers. They may come into existence by the mere fact of being addressed. They are expressions of creative world-making. Their reach extends to the material limits of their circulation. Becoming part of a public, according to Warner, is amazingly simple: “Merely paying attention” he writes, “can be enough to make you a member” (Warner 2002, 415). Once a member of a given public, membership seems to create a sense of belonging among people who otherwise do not know each other and who are connected by nothing else than the texts which address them as a public.

What is relevant for the argument of this article is the complex relationship between one specific public (or counterpublic) and the public. Societies may contain numerous publics. It seems inherent to each of them to somehow claim to be the public. Indeed to claim that one specific public, however marginal it may be, is the only legitimate public, seems to be inherent to public-making and connects publics to the questions of legitimacy, political ideologies and projects: Political projects tend to address publics and thereby constitute them. This is as true for social movements or political parties as it is for more complex historical blocs and ideologies, which are reproduced through a miasma of institutions, organisations and networks. Whatever their direction, many claim to speak and act in the name of the public.

The majority of the historians, including conservative ones, date the inception of modern conservatism back to the 1940s (e.g. Himmelstein 1990; Nash 1996). Creating a counterpublic in opposition to the general public, which they perceived as dominated by liberal, collectivist New Deal thought, proved central to American conservatism and still constitutes an ongoing process. While this counterpublic was initially limited to a few conservative intellectuals and classical liberal (or libertarian) economists and their supporters, it quickly grew into a complex ideological and organisational edifice which by the 1950s included anti-communist red hunters, parts of the business community, members of the Republican Party, ‘educational’ institutions (such as the Foundation for Economic Education), journals and neighbourhood organisations. By the 1980s it had grown into an all-encompassing behemoth, which then included a variety of think tanks, advocacy groups, grassroots movements, nationalist and Christian conservative groups and an ever-growing media landscape. Driven forward by its educational zeal, the conservative movement never ceased in its efforts to ‘inform’ the general public about the dangers of contemporary liberalism and the efficacy of its own political project. By doing so these, conservatives engaged in the process of world-making, which supplied a growing section of the American populace with an alternative reading of the contemporary.

The conservative counterpublic’s most striking feature is its internal paradox: to maintain its underdog, insurgent identity, while simultaneously claiming to represent the ‘real’ American public. For the most part it did so by claiming that American liberalism had somehow hijacked the American public through the control of university campuses, the respectable mainstream media and mainstream political discourse. Conservatives even stuck to this narrative when they had succeeded to shape the American mainstream in their own image.

The Coming of the Tea Party Movement

In early 2009, only a few weeks after President Obama took office, the Tea Party emerged on the political scene. Within a few months time, the movement energised millions of Americans for conservative politics and values. It radically opposed the overhaul of the healthcare system under the Affordable Care Act, progressive taxation, banking bailouts, economic stimuli and immigration and instead favoured a more libertarian, fiscally conservative approach to politics. The movement also opposed anything they considered unjust political or economic privileges. However, at the same time it often sided with policies that overtly favoured the country’s most wealthy. Tea Party members truly believed that they were representing something authentically American. Something that had allegedly been lost in contemporary politics: “The reason for the success of the modern-day Tea Party movement” the founders of the Tea Party Patriots wrote, “is that our ‘source code’ is the same as America’s” (Meckler and Martin 2012, 23). The movement, in other words, expressed the paradox that had characterised conservatism throughout the last few decades: while clearly part of a conservative counterpublic, the movement claimed to represent the general public. 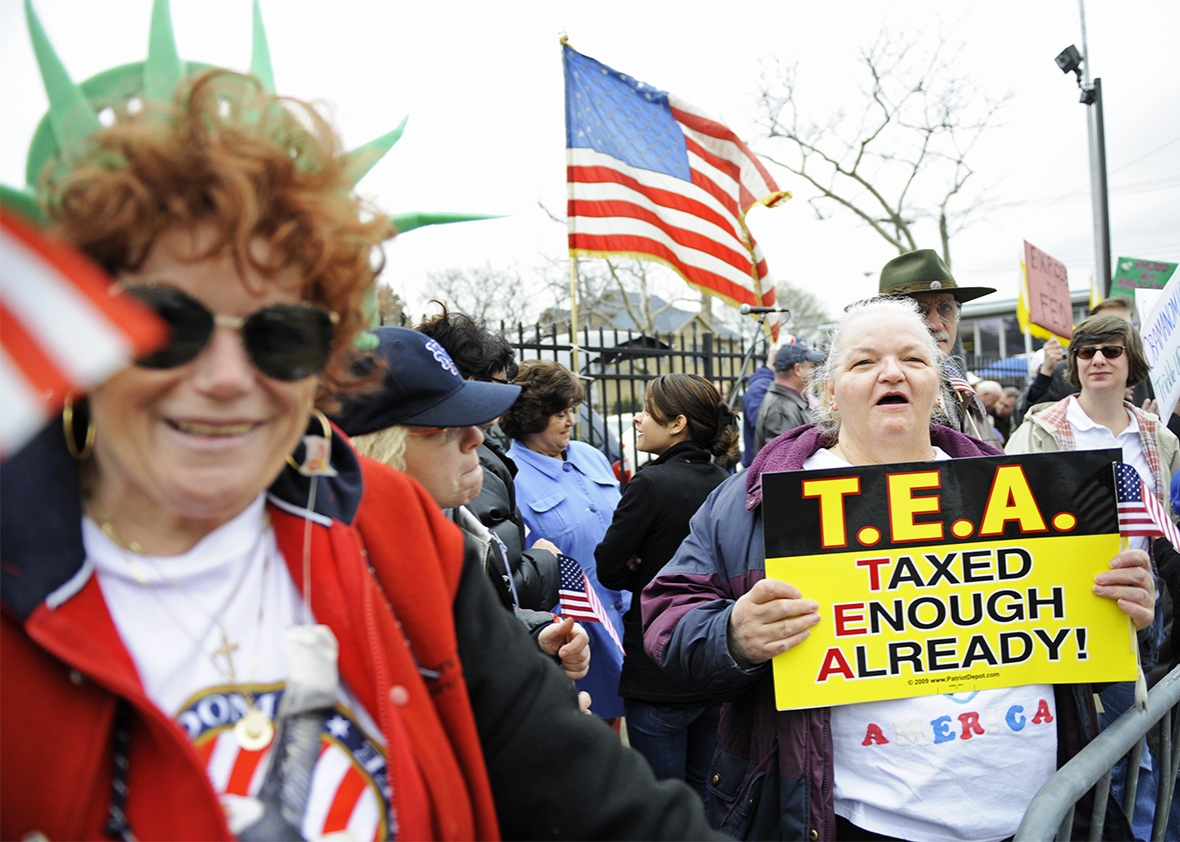 Finally, even though the Tea Party insisted that the ‘liberal’ mainstream media sought to discredit the movement with false information, the movement’s rise was inextricably linked to the mainstream media coverage of its early protests. Indeed, the relationship between institutions that allegedly shaped public opinion and the conservative counterpublic is quite ambiguous (cf. Skocpol and Williamson 2012, 121-54). Its members clearly distrust much of the information provided by institutions such as CNN, the New York Times, Washington Post and other outlets of the ‘liberal’ mainstream. However, they have learnt to filter out the messages they embraced while dismissing critical commentary as liberal propaganda. Consequently, even negative coverage of the movement turned into free, nationwide promotion. Furthermore, seeing themselves in the national news gave protesters a sense of self-importance and empowerment they would not have experienced otherwise. During the Obama administration the national media industry became an unintentional ally of the conservative cause.

The Tea Party and Trump

When Trump became a serious contender in the presidential contest of 2016, some thought that the Tea Party movement might come out in opposition to him. Many expected the movement to support one of the bona fide conservatives such as Ted Cruz or Marco Rubio. These assumptions were based on a series of miscalculations. Many had overestimated the Tea Party’s commitment to libertarian politics. They also overestimated the influence of well-heeled conservative groups on the conservative grassroots. These groups’ arguments, that Trump was not a really conservative, rang hollow to many activists. “I reject individuals and publications that try to tell me what conservatism is,” writes Debbie Dooley (2016), one of the movement’s early leaders. Dooley came out in support of Trump; a candidate she considered incorruptible by “big donations from Wall Street or big banks” and willing to “fight for the best interests of Main Street – not Wall Street.” After the elections a jubilant Jenny Beth Martin (2016), one of the movement’s most visible leaders, declared that “With the victory of Donald Trump, the values and principles that gave rise to the tea party movement in 2009 are finally gaining the top seat of power in the White House.”

As with the Tea Party movement, the most influential news networks played an instrumental role in the ascent of Trump, giving him more airtime than any other Republican candidate. In return he had little more to do than break the conventions of political correctness and civility. More than any other candidate in recent history, Trump understood the workings of the contemporary information and entertainment industries and used this to his advantage. At the same he understood, like the Tea Party before him, how to unite a coalition of the marginal, fringe groups into a viable electoral coalition- into a conservative counterpublic capable of winning the presidency.

Himmelstein, Jermone L. 1990. To the Right: The Transformation of American Conservatism. Berkley: University of California Press.

“I’d Rather Vote for a Tuna Fish Sandwich”: Never Trumpers and the 2020 Presidential Election
WRAP for USSO - Serena Williams: Race, Representation and Feminism
Book Review: 'Hattiesburg, An American City in Black and White' by William Sturkey
Why High School Teachers should teach History through and beyond Narrative
American Women Writers and Wars on Foreign Soil—Part Two
Review, 'An American Toy Story'
Book Review: Familial Fitness: Disability, Adoption, and Family in Modern America by Sandra M. Sufia...
Celebrating Neutrality? What We Can Expect from America's Ongoing Centennial Commemorations of the “...

Dr. Martin Walter is a German scholar of American Studies. He received his M.A. (Magister Artium) in American Studies, Political Science and Ethnology from the University of Leipzig. In 2016 he received his Doctorate from the University of Nottingham. His doctoral thesis focuses on the role of populism in the early Tea Party movement. Martin has a wide range of research interest in the areas of history and political science, including social movements, American conservatism, democracy, populism and critical theory. He currently lives with his family in Spain.
View all posts by Martin Walter →
Tagged  C20, C21, conservatism, Politics, Presidents, Tea Party, Trump.
Bookmark the permalink.