Conference Review: ‘The War on the Human: Human as Right, Human as Limit and the Task of the Humanities’ 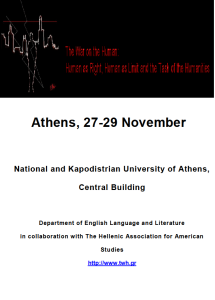 The War on the Human: Human as Right, Human as Limit and the Task of the Humanities

Faculty of English Language and Literature, National and Kapodistrian University of Athens, Greece in cooperation with the Hellenic Association for American Studies (HELAAS)

“What is ‘human’ in the twenty-first century?” That was the first line of the call for papers issued for the International Conference with the enticing title The War on the Human, and our first thought upon reading it was: “Now, that sounds like a familiar question!” Serving as an urgent invitation to scholars from different disciplines worldwide, it reverberated throughout the duration of the conference. At the same time, the sound and energy undulations of the demonstrations just outside the conference venue in Athens inadvertently formed the background to the conference and the imperative questions to which it attempted to respond.

The conference touched upon a variety of topics and disciplines, bridging ancient Greek philosophy with deconstruction, experimental poetics with pedagogy, medicine with narratology, textuality with anthropology, the law and institutional policies with literary studies, ethics and politics with metaphysics. What is more, the conference accomplished its stated aim of bringing into focus the imperative that the human is essentially redefined and unremittingly reclaimed as “anthropos”—an uneven, complex, and differential being. The number of intellectually rigorous and thought-provoking papers adjusted our critical lenses on various aspects of the art and importance of being human in the current state of economic, cultural, and political crisis. Through either the examinations of cultural works in various media and genres, or through philosophical tours de force, the conference participants addressed contemporary explorations, problematizations, and challenges of the “human,” – as term, concept, and reality as well as of the inextricably bound to the “human” and nowadays largely contested task of the humanities.

The conference opened with a special session organized by the conference’s organizing committee, which was followed by a panel of three speakers. The panel was composed of Arnold Rampersad, David Roessel, and Christa Fratantoro the editors and a researcher of Selected Letters of Langston Hughes. They discussed new archival materials as well as new approaches and areas to Hughes scholarship. Later on in the first day of the conference, Stockton College student Jade Fleming performed one of Hughes’ unpublished stories, “Seven People Dancing.”

Following both the conference’s opening session and Langston Hughes panel was Stathis Gourgouris’ keynote speech. It raised much enthusiasm and set the tone for the conference. The renowned scholar explored the subject of “human animality,” its political promise and/or import, through a journey in against-the-philosophical-grain readings of the notions of psychē, paideia, and philia; all intertwined in a shared path of interrogation.

The parallel sessions that followed on the second and third day of the international conference paved the path to lots of stimulating conversations. Most especially those regarding the dilemmas deriving from the extensive use of new technologies and the effects of the “digital imperative” on contemporary communication, living patterns, and “technē”. These concern the possibilities of artificial, scientifically produced mutations of humans; the question of empathetic imagination and human-nonhuman fellowship; the tensions and conflicts between radically different, or even incompatible, (western and non-western) definitions and approaches of the “human”; and the (re)conceptualization/(re)definition of human rights in view of lingering insidious strategies of oppression.

For example, the papers in the panel The Ethnic Scene: Writing the Self, Writing the Border placed the discourse on the human in the ethnic scene and, through their engaging probes into autobiographical writing, foregrounded the imperative for humans, humanists, and the humanities to attend to the critical issues of displacement, immigration, poverty, marginalization, and violence. Along similar lines, and via braiding the thread of postcolonial theory to the conference’s fibre, the provocative contributions of the panel Human Ruins, Posthuman Turns lent a compelling, “posthuman” turn to our discussions of the crisis of the human and the humanities. Equally compelling were the politically-inflected views expressed in the Human Polemics panel. Here, there were discussions on the benefits of humanist education, on neo-liberal policies and corporatism, on literary and filmic representations of armed conflict, as well as on legality, legitimacy, historical interpretation, and prudential judgment in relation to so-called humanitarian intervention.

As for the panel From the Hybrid and Cyborg Body to the Post-Human through Performance Art, the focus was on the very context of “post-humanism”. It interrogated the idea of the post-human body as physical presence and as metaphor conducive to sociocultural transformation. The panel Re-Thinking the Human through Experimental Print Narratives however, approached the notion of the human/post-human from a different point of view by concentrating on the context of visuality, print, and digitality. It intended to draw attention to the human body and the preservation of the human perspective through the practices of reading, remediation, and convergence. It is in the fecund side of the problematic of the human body that the panel on the Role of Narrative in Human Health, Well Being and Wholeness also dwelled, providing some new and useful insights into the beneficial role of medical humanities in the experience of illness, the practice of medicine, and the process of healing. At the same time, the panel Radicalizing the Social: The Human Again discussed narrative’s efficacy in remedying social and eco pathologies and in mapping anew the human rights terrain.

At this juncture, it is worth mentioning the performance Ali: An Immigrant’s Monologue, written by Katerina Vgena and directed/presented by Members of the English Department Drama Club of the National and Kapodistrian University of Athens, which took place on the second day of the conference. Within the context of this affecting performance, the words of a homeless immigrant striving to survive in the urban centre of Athens dramatized some of the challenging realities of immigration. 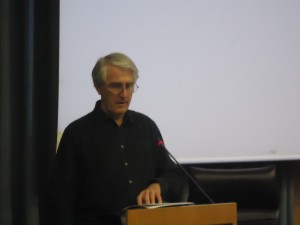 In the second keynote speech, Christopher Bigsby elaborated on one of the most important thematic concerns of the conference by raising the bewildering issue of the freedom of the writer. The scholar commented caustically on the persecution of writers in the history of contemporary literature as well as on the abuse of their rights and political freedom. The violation of the freedom of speech does not belong to the distant past but rather dwells in our societies’ present. He lamented and extended a call for the humanities to take an active stand against such forms of injustice. Arthur Miller’s quoted words that “no writer is free if another writer in another country isn’t free,” very effectively wound up Bigbsy’s commentary. 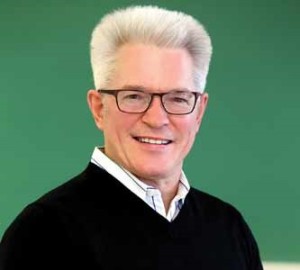 Greg Zacharias’ third keynote address concerned the institutionalization of disruption within the liberal and neoliberal context. It seemed almost in dialogue with Christopher Bigsby’s. By way of Henry James’ biography and fiction, Zacharias showed the apparently unrestricted and fully realized radical agency of the liberal hero, the “disrupter,” the one “who changes culture,” to be an ever elusive concept and reality, thus calling into question the liberal project. The scholar finished his speech with the affecting suggestion that the humanities and the search for truth within the humanities should serve our global community by helping to humanize it.

Maria Margaroni’s fourth and final keynote speech concluded the conference. Drawing on the theories put forth by Julia Kristeva and Jacques Derrida, Margaroni commented on Sylvie Courtine-Denamy’s The House of Jacob and discussed language as the only (home)land of the human subject. By artfully articulating the frustration of the contemporary human subject, her presentation caused us to reflect on the exigencies put on language in an attempt to delve deeper into the raison d’être of the humanities.

A big thanks is due to the Faculty of English Language and Literature of the National and Kapodistrian University of Athens and to the Hellenic Association for American Studies (HELAAS) and, in particular, to the organizing committee – Dr. Theodora Tsimpouki, Dr. Asimina Karavanta, Dr. Konstantinos Blatanis – as well as to the conference assistants, students and graduates of the Faculty of Language and Literature, who offered their assistance voluntarily, for organizing a challenging, rewarding, extremely timely, and well-attended conference!

Aikaterini Delikonstantinidou is a Ph.D. student in the School of English at the Aristotle University of Thessaloniki. Her academic activity involves the publication of a number of articles as well as presentations in both national and international conferences. She received full scholarship by the Greek State Scholarship Foundation to pursue her M.A. degree and she was awarded the 2014 Young Scholar Excellence Award by MESEA. Her involvement in the Summer Exchange Program between the Aristotle University of Thessaloniki, Greece and York University, Toronto, Canada (with a scholarship by the Stavros Niarchos Foundation) earned her the distinction of Honorary Ambassador of the Greek Canadian History project. She is assistant editor of the academic journals Γράμμα/Gramma and Critical Stages: The IACT webjournal. Her research interests include, among others, Performing Arts, Ancient Drama, Ethnic Studies, as well as Mythology and Folklore.
View all posts by Katerina Delikonstantinidou →
Tagged  C21, Neoliberalism, War.
Bookmark the permalink.