Conference Review: Sixteenth Annual Conference of the Scottish Association for the Study of America

A Conference Held at the University of Edinburgh

The first full weekend of March witnessed the annual meeting of the Scottish Association for the Study of America (SASA), this year hosted by the University of Edinburgh. Although meeting for its sixteenth time, this was the first year I had attended and was immediately welcomed into an association that seeks to promote and encourage the study of American history and culture within Scotland and beyond. One quick glance at the conference’s programme, and the attendance at a myriad of panels throughout the day, left me with the conclusion that the practice and passion for American History and American Studies is flourishing north of the border.

Divided into eight panel sessions throughout the day, SASA members and attendees were treated to a spoil of research that covered a range of topics from the earliest days of the American nation, through the nineteenth century and up to the very present day. It digested transnational approaches, American literature, the Civil War, Progressive Era studies, 1960s and 1970s domestic and international issues, post-war American rhetoric, and US media. With twenty-three papers and two panels running concurrently throughout the day, it is safe to say that by having an open call for papers on any topic, the Association’s plan to hold a conference that reflected ‘the range and vitality’ of the study of America in Scotland was displayed to great effect. 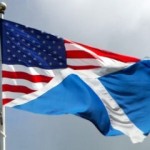 ‘SASA’s foundation may be in Scotland and its focus on America, but at its heart it is an organisation that seeks to encourage all those working in the American Studies field’.

The first panel was truly transnational, its papers covered William Lee’s diplomatic mission to Habsburg Austria and US-Austrian relations from 1776-78, the Americanisation of Irish music and Irish cultural diaspora during the American Civil War, and a study on the conflict between the courts and public opinion about female murderesses in late nineteenth century Britain and America. I have to raise self-interest at this point, as I was lucky enough to give a paper on this panel, marking the SASA conference out as the first time I had delivered a conference paper as a doctoral researcher. I, and my fellow first-year University of Edinburgh History PhD co-panellists, sought to highlight the greater connections that a transnational focus can bring to studies of American history and culture.

Elsewhere in the morning’s panel sessions, papers on American literature from the second half of the nineteenth century covered a range of subjects – from Herman Melville, Spanish America and American exceptionalism, to the role feudal slavery and antebellum injustice play in Mark Twain’s A Connecticut Yankee in King Arthur’s Court and an assessment of Edith Wharton’s The Touchstone. After the mid-morning break, the attendees of one panel heard papers covering 1960s and 1970s social political issues, namely preventive mental health care politics, Republican approaches to the late 1960s urban crisis and the juvenile justice system in 1970s America. Other delegates attended a panel focused on Gilded Age and Progressive Era topics. This included studies on the remembrance and portrayal of Civil War history in the Confederate Veteran magazine, and how Independence Day and American sovereignty was expressed in the Yukon during the Klondike Gold Rush in 1898. The highlight of the morning however, was Newcastle University’s Dr. Bruce Baker’s entertaining presentation on the outbreak of bubonic plague in New Orleans in 1914. His paper covered comparisons to turn of the 20th century outbreaks in Hawaii and San Francisco, impacted areas and victims’ racial and social class demographics, and the disturbing fact that guinea pigs were inoculated with disease to track and confirm its development. The fate of thousands of these harmless rodents in the name of public health medical science was one of the main topics of concern over the lunch break!

After lunch and the Association’s AGM, the afternoon sessions covered a range of periods. Amongst others, they featured papers on Civil War studies, the post-war rhetoric of President Johnson, anti-Communism and anti-Semitism in mid-20th century politics, US foreign policy towards Nicaragua, and the perceived atomic threat of the ‘Islamic bomb’ as reported by American news media between the 1970s and 1990s. At first glance, the panels appeared to cover the more traditional American Studies topics of foreign policy, diplomatic history and the perennial American Civil War. Yet each paper gave new and insightful perspectives, marrying inter-disciplinary approaches on media studies, classics, cultural memory and transnationalism with established fields. This illuminated the broad range and depth of current American Studies and history research. The paper given by University of Glasgow’s Fraser McCallum best exemplifies how adopting wider approaches can present a fresh take on older contested topics, as it studied the shaping and meaning of American identity through the media prism of HBO crime dramas. 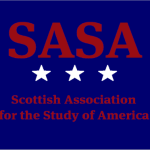 The day ended with a fascinating and engaging plenary lecture by Fulbright scholar Dr. Nathaniel Millett, who discussed his work on the maroon community of Prospect Bluff, Florida. Dr. Millett focused on the formation of the former slave community at the time of the War of 1812 and their engagement with the anti-slavery debate, supported by Anglo-Irish Royal Marines officer Edward Nicolls. Through his advocacy, maroons asserted themselves as an independent, loyalist community that sought territorial sovereignty and recognition of ‘Negro Fort’ (later Fort Gadsden) during the Early American republic.[1] The lecture was an appropriate to end SASA 2015. It reflected the day’s overall theme of placing the American past in wider, transnational frameworks, using the voices and communities not often heard in dominant scholarly and historical narratives.

While SASA is first and foremost a Scottish-based organisation, it is by no means dominated by academics from Scottish universities. Indeed, attendees and speakers travelled north from Newcastle, Coventry, Warwick, London and Dublin, highlighting the Association’s inclusiveness. As first conferences to attend and present papers go, it was incredibly welcoming and supportive, and I urge all doctoral American Studies scholars to attend future events. I left the conference feeling very much a part of an active and friendly society, passionate about all things American and the study of the United States. Plans for the 2016 (and 2017) conference are underway and new moves are in place to widen the society’s social media outreach, thus furthering its aims to foster academic network links within Scottish academia and beyond. SASA’s foundation may be in Scotland and its focus on America, but at its heart it is an organisation that seeks to encourage all those working in the American Studies field, from postgraduate scholars through to established academics. Warmest thanks to this year’s conference organisers in Edinburgh for facilitating an excellent and memorable day of American scholarship.

[1] Nathanial Millett, The Maroons of Prospect Bluff and their Quest for Freedom in the Atlantic World, http://www.amazon.co.uk/Maroons-Prospect-Bluff-Freedom-Atlantic/dp/0813044545/ (2013).

Dr Catherine Bateson is a Lecturer and Tutor of American history at Durham University, where she teaches African America, Native America, slavery, political, social and cultural history. She specialises in the history and study of American Civil War song culture, particularly in relation to Irish American Civil War songs and music and their dissemination beyond the Irish American diaspora. She is also the Vice-Chair of the Scottish Association for the Study of America (SASA) and a co-founder of the War Through Other Stuff Society. Follow her on Twitter @catbateson.
View all posts by Catherine Bateson →
Tagged  C18, C19, C20, C21, Civil War, Politics, Transnationalism.
Bookmark the permalink.