From 9-12th April the British Association for American Studies (BAAS) held their 60th annual conference at Northumbria University. To ensure the breadth of panels and plenaries were reviewed U.S. Studies Online commissioned three reviewers for the event. This is the third review, which covers Sunday’s roundtable and celebration of, ’60 Years of BAAS’. (You can read part one  here, and part two here).

There was an unmistakable atmosphere of optimism in the crowded hall of Newcastle’s BALTIC Art Gallery, where the 2015 BAAS conference opened on the evening of Thursday 9th April. Prior to the welcome talk, academics had been soaking up some rare British sun on the BALTIC’s café terrace, and once inside we learned from the Pro Vice-Chancellor of Northumbria University, Lucy Winskell, about the burgeoning American Studies programme at Northumbria. Recently set up in 2013, the initiative is already producing internationally recognised research, a welcome ray of hope for those of us who have been recently hearing only about cuts and dissolutions of American Studies departments across the UK.

I should also point out that, as my own research relates to the African American civil rights movement – in particular, segregation – the majority of the panels I attended focused on race in some way, and the first panel on Friday morning was no exception.

Whilst the title of the first panel, ‘Race in American History and Culture,’ was rather vague, the three papers presented spoke to each other in many ways. Eithne Quinn’s (University of Manchester) analysis of the diversity policies in contemporary Hollywood revealed the way that affirmative action in hiring is considerably more visible and resented, than the cronyism among the white privileged in the industry. Barbara Harris Combs (University of Mississippi), meanwhile, discussed the inventive ways in which she strives to make visible to her students their own privilege not only in terms of race but also gender, disability and body image. Simon Topping’s (Plymouth University) paper about the execution of an African American soldier named Wiley Harris, which took place in the UK in 1944, highlighted the inequality of treatment between African American soldiers and their white counterparts in the US military justice system. In the discussion afterwards, Harris Combs contrasted Wiley Harris’s sentence with George Zimmerman’s, a white man who was acquitted of the murder of black youth Trayvon Martin in 2013 after a similarly dubious claim of self-defence. 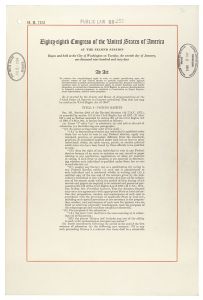 The two papers in the panel ‘Fifty Years On: New Approaches to Black Freedom Struggles’ aimed to persuade us as scholars to reconsider the way we think about certain aspects of the Civil Rights Movement. A key point to emerge in Brett Gadsden’s (Emory University) paper was our assumption about the decline of de jure segregation after the Civil Rights Act of 1964. As his study of the fight against segregation in Delaware reveals, the government policies which lead to what is considered segregation by personal choice, should instead be regarded as simply a more subtle form of de jure segregation. Robert Patterson (Georgetown University) wanted us to recognise and consider the limits of “Exodus Politics” in the fight for African American rights, and its search for the next black male leader. Patterson argued that the dominant narrative, which assumes that only a messianic black male leader can advance the Civil Rights Movement today, is a self-defeating view that excludes other important groups, such as women or the LGBTQ community. The panel’s chair, Christopher Phelps (University of Nottingham), ended the panel by praising both papers as those that demonstrate precisely what historians should be doing: engaging in deep critical thought about the subject matter, rather than simply conveying a story.

The common themes that arose from the third panel, ‘Religion, Race and the Twentieth Century South’ were mainly the issues around representation of the South, and the simplistic way that the region and its different religious groups have sometimes been regarded. Andrew Carruthers (St. Andrews University) and Megan Hunt’s (Northumbria University) papers sought to complicate the traditionally held beliefs about religion in the South. Carruthers educated us on religious figures that were involved in worker’s rights in the 1930s, and Hunt pointed to a number of cinematic examples of white religion on film, and argued that 2015’s Selma marks a departure for how white religion is presented. Christian O’Connell’s (University of Gloucestershire) paper on his new project in its early stages, intrigued the room greatly, judging by the number of questions about it afterwards. O’Connell referred to a number of recent UK travelogues by television personalities such as Stephen Fry and Trevor McDonald, arguing that we are seeing a moment of particular UK interest in the US South. 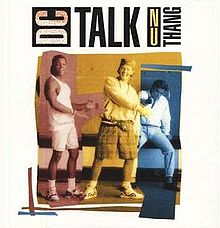 The next day, the ‘Race, Religion, and Pop Music in the Modern US’ panel contained two papers that illuminated one another. Randall Stephens (Northumbria University) gave the background on the white Christian reaction to the phenomenon of rock and roll in the 1950s, while Hilde Løvdal Stephens (Independent scholar) updated the narrative with discussion of the 1990s Christian rap group DC Talk. Though the foci of the papers were decades apart, together they told the story of how Christian groups first feared and rejected youth culture, and then later began to harness it.

‘Gender Trouble’ was a panel made up of three papers on gender identity within twentieth century literature. Clive Baldwin (Independent scholar) and Julie Scanlon’s (Northumbria University) analyses of their texts both examined how masculinity is constructed by the different authors. One particularly striking point was the way that Freudian psychoanalysis is used in explaining the characters’ motives in each case. Arya Aryan, on the other hand, discussed the madness of Sylvia Plath in relation to both her femininity and her role as author/God. A fascinating yet frustrating discussion ensued afterwards, whereupon we attempted to pinpoint differences between the way that madness in male versus female authors is portrayed in the American literary tradition, but found it difficult to find solid examples.

The ‘Magazine Culture’ panel featured histories of two entirely different, entirely intriguing publications:. Jason Harding’s (Durham University) exploration of Encounter revealed the complicated friendship between the London literary magazine and the US literature scene in the 1950s and beyond, especially given its secret CIA funding. Nicholas Grant’s (University of East Anglia) new project, which views a Global South through analysis of the Negro Digest, exposed the magazine as a commercial venture that, while often problematic in its views of other nations, gave the black middle-class a regular window into the race issues of the day between 1942 and 1951.

Sunday’s only panel session included ‘Black Power and Masculinity in the Twentieth Century,’ which turned out to be an eye-opening glimpse into black power groups from different eras – the world of the Nation of Islam, as well as Marcus Garvey’s Universal Negro Improvement Association (UNIA). Tom Lennon (York University) called for a revaluation of the violence/non-violence dichotomy that is usually present in discussions around the civil rights movement in his paper about the UNIA. Zoe Colley (Dundee University) explained the success of the Nation of Islam in converting black prisoners, while Dawn Marie-Gibson (Royal Holloway) argued that conversion to the Nation of Islam is actually seen in a positive light by the prison system, and has even known to reduce prison sentences.

This year’s conference celebrated 60 years of the existence of the British Association for American Studies, so it was only fitting that the final session of the conference was ’60 Years of BAAS: A Celebration.’ The delegates gathered to first hear Nick Witham (Canterbury Christ Church University) discuss the way BAAS’s relationship to US political power has evolved over the years. Sue Wedlake, until recently of the US Embassy, reminisced about the state of BAAS’s friendship with the Embassy from its beginnings, and various ex-chairs of BAAS including Richard King, Judy Newman, Philip Davies and Martin Halliwell each gave a short account of their time in charge, what has developed since their tenure, and what still needs to be done.

The Q&A session afterwards seemed especially productive, as BAAS members asked difficult questions and made suggestions about everything from how to help make the association more racially diverse, to establishing a more formal mentoring system to help academics at the starts of their careers. The tone was generally one of reflection and anticipation, just as the “Looking Backwards, Looking Forwards” theme of the conference suggested.

The conference was particularly well covered on Twitter, so it is possible to get a wide-ranging view of the conference by searching for the hashtag #baas2015.

Rosemary Pearce is a PhD student in the American and Canadian Studies department at the University of Nottingham. Her thesis focuses on African American travel into, out of, and around the racially segregated South between the 1930s and 1960s. Rosemary examines archival materials, landmark Supreme Court decisions as well as correspondence, documentary film and oral histories to chart the relationship between civil rights and travel, revealing a cultural history of segregated travel that emphasises the experience of ordinary people attempting to cross geographical and racial barriers.
View all posts by Rosemary Pearce →
Tagged  African American Culture, BAAS, C19, C21, Civil Rights, Foreign Policy, Gender and Sexuality, Politics, Popular Culture.
Bookmark the permalink.