Home » Research » History » Celebrating Neutrality? What We Can Expect from America’s Ongoing Centennial Commemorations of the “European War” (WWI)

Celebrating Neutrality? What We Can Expect from America’s Ongoing Centennial Commemorations of the “European War” (WWI)

The act of celebrating centennial anniversaries has long been an integral part of the United States’ engagement with its national past. As the twentieth century dawned, Americans were already renowned for indulging in patriotic anniversary celebrations, as Massachusetts Senator Henry Cabot Lodge attested in 1923 during the Monroe Doctrine centennial that they had become ‘one of the most fashionable and popular of amusements of the American people’. Certain historic events, however, do not necessarily lend themselves well to celebration like the establishment of the Monroe Doctrine or the signing of the Declaration of Independence did. Anniversaries of wars, for example, conjure solemn memories even when the United States emerged as a victor, which in turn bring about a national desire for commemoration rather than celebration.

Before these questions are tackled, however, it is perhaps useful to provide a brief summary of how national centennial anniversaries function within the United States. Most major centennials are accompanied by the establishment of a unique centennial commission by the United States Senate which acts as an official body to oversee a centennial. The United States World War One Centennial Commission was brought into existence on the 16 January 2013 when President Barack Obama signed into law the World War I Commission Act and has been tasked with directly planning commemorative events, encouraging private organisations and local governments to participate in proceedings, disseminating information about centennial events and providing recommendations for both Congress and the President for appropriate way to commemorate the centennial. 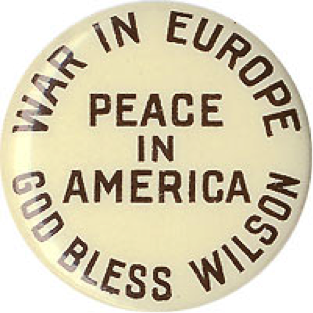 The commission is set to carry out its duties until 2019 and will do so with the assistance of a voluntary network of partner organisations such as the National WWI Museum, the Veterans of Foreign Wars and the American Legion. The act deemed that the 2014 centennial provided an opportune moment for the people of the United States to learn about the history of the nation’s involvement in the First World War, which suggests that the anniversary of the outbreak of the war itself rather than American belligerency is perhaps an important enough occurrence to garner interest in the nation’s past.

Yet because the centennial anniversary of United States belligerency is still to come, the frequency of commemorative events within the United States that have taken place this year, compared with nations such as Britain, has been relatively low. It is as if present day events are mirroring the initial reaction of the past, in that the “European War” holds the nation’s interest but is not to be engaged with directly; only the American experience will be taken into account. One of the National WWI Museum’s first major commemorative events, a symposium titled “1914: Global War and American Neutrality” held on the 7th and 8th of November, seems to epitomise this by choosing to focus on American neutrality over other aspects of the war despite the museum’s normal role as a museum of the entire war. This semi-involved state of affairs perhaps sends out a reminder to the world that, whilst a major participant in the war, the United States needs to be remembered as a late-comer which did not instigate the horrors of war and chose a path of peace whilst it could.

What else, then, can the nation commemorate at this point in time aside from neutrality if it intends to maintain a United States focus? One particular future event merits attention as it offers an example for other organisations to follow in tackling the period of neutrality in a thoughtful and intriguing manner. The Pennsylvania Academy of the Fine Arts in Philadelphia plans to open a new exhibition in November 2016 which aims to demonstrate how the war impacted upon the work of artists within the United States and American reactions to the war prior to 1917 will be the first major theme of the exhibition:

‘Many artists were passionately engaged in swaying public opinion for or against intervention, while others articulated their response in private out of concern for repercussions or as a way to process the conflict…Artists had a leading role in chronicling the impact of the war, crafting images that affected public opinion, supported the U.S. government’s mobilization efforts, and helped shape the way soldiers were remembered in its wake.’

The fact that this exhibition remains relevant during the period of neutrality, belligerency and peace makes it an ideal example of how to commemorate the American experience of the war. 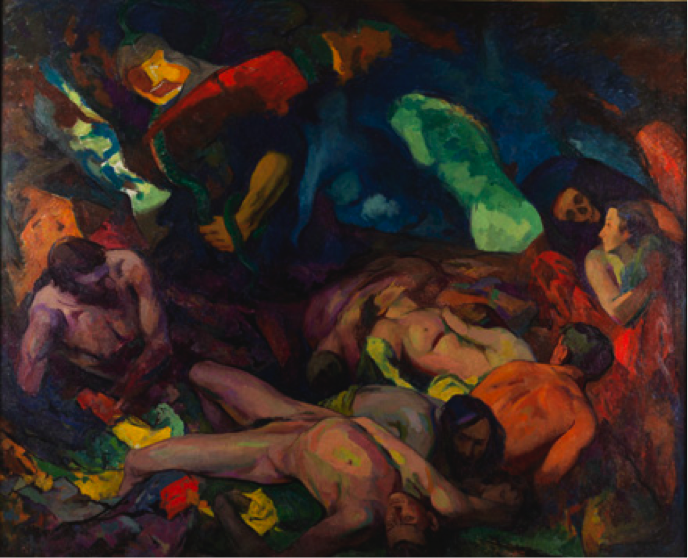 Of course, the centennial anniversary of the outbreak of the war in itself has simply acted as a way to muster early interest in issues related to the United States involvement in the war before the anniversary of American belligerency dawns. For example, the Vice Chair of the centennial commission, Edwin Fountain, announced on the 12th August plans to create a national memorial of the war in Washington D.C. due to the current absence of one. Whilst a large number of memorials were built all over the United States in the 1920s and 1930s, a national memorial was not erected. Building a memorial in the capital has to be supported by Congress and requires a great deal of preparation and the onset of the centennial no doubt acted as an ideal time to propose such a lengthy plan. 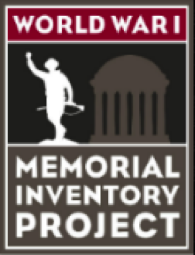 This effort will also go hand in hand with the World War One Memorial Inventory project. The project’s founder, Mark Levitch, believes that the centennial offers an ideal opportunity to raise public awareness about the importance of existing local First World War memorials ‘to the country’s cultural, historical, and physical landscape’ as well as help to ensure their long-term preservation in light of their current state of disrepair. It appears as though there is a genuine fear from those involved in this project and the centennial commission that the nation’s contribution to and sacrifices in the war will be forgotten if these memorials are not preserved and the construction of a national memorial would no doubt bolster interest from both Congress and the public in their maintenance.

From this initial point in time, therefore, it appears as though the people of the United States are poised to enter into an interesting and worthwhile engagement with the impact of the First World War upon their homeland by the time April 2017 arrives. Whilst by no means prolific, the centennial commission has, and will, oversee a number of interesting projects and events that take place outside the realms of belligerency and has established a strong framework and network for further commemorations. Public engagement with the nation’s past is bound to increase after when newspapers and television programs make it unavoidable to bypass the anniversary of Congress’ vote in favour of war.

Yet I can only guess as to how the tone of the commemorations will evolve. Will the sacrifices of the dead suddenly take on a new importance as the one hundred year mark passes? Will American neutrality continue to be highlighted alongside the United States’ absence from the causes of the war, separating the nation from its European counterparts? Will the peace process and President Woodrow Wilson’s prominence within it take a starring role, shifting the commemoration to a celebration of a failed noble cause? It is surely significant that the commemoration will end in 2019 rather than 2018 as it will in Britain. Perhaps there are grounds for a hemispheric or Pan American commemoration of the war which will see the United States recall the past alongside the other American nations that joined it in belligerency?

What is certain is that the manner in which the centennial commission directs events in the coming years will certainly be telling of the way in which the United States desires to remember the Great War.

The Cold War and the Origins of US Democracy Promotion
Live Human Exhibits: The World Columbian Exposition as a Space of Empire
Haiti's "horrid civil war": The 1791 Haitian Revolution and its Legacy in America
Cowboys and Unions: Glenn Houlihan and the Peter Boyle BAAS MA GTA Award
An Epidemic of Presidential Ignorance: The AIDS Crisis and the US Presidency
Review: 'Mothering Slaves: Motherhood, Childlessness, and the Care of Children from Slavery to Emanc...
There's No Place like Home: Hillary Clinton and Donald Trump Conquered New York
Review: Horror, Cult and Exploitation Media II

Alex Bryne submitted his PhD in American Studies and History at the University of Nottingham in 2017. His thesis traces the history of the Monroe Doctrine during the early twentieth century and addresses the relationship between notions of national security, regional hegemony, and Pan-Americanism.
View all posts by Alex Bryne →
Tagged  C20, Obama, Transatlantic.
Bookmark the permalink.