This is the third and last post in the series ‘I am Fatima: Negotiating Identities in Contemporary American-Muslim Women’s Writing’ guest-written by Hasnul Djohar. This short series explores American-Muslim women’s writing in the 21st Century, focusing on the negotiation of identities within the works of a specific author in each… Continue reading 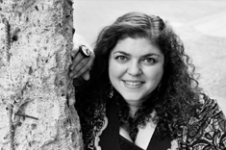 Randa Jarrar’s ‘A Map of Home’ (2008) narrates the coming-of-age story of a Muslim woman of Egyptian and Palestinian descent […] [and] can be compared to Kingston’s ‘The Woman Warrior’ (2000) which uses Chinese folktales; and Jarrar also alludes to Palestinian folktales. The protagonist, Nidali, describes this folktale through the way her grandma, Sitto, tells her the story, which is about “two sisters, one poor and one rich” […] “The poor one goes to the rich one’s house and the rich one’s stuffing cabbage leaves” (101). The poor one is creative and willing to help others until she becomes rich because her own fart is happy after she lets it go from her stomach and it presents her with gold, while her sister at the end is dying because her own fart gives her scorpions after forcing it to go out from her comfortable stomach. Continue reading

Mohja Kahf the poet, novelist and scholar, was born in 1960 in Damascus, Syria and moved with her family to America’s Midwest in 1971. She is a professor of comparative literature at the University of Arkansas, Fayetteville and the writer of two poetry collections […] Kahf’s collection of poetry, ‘Emails from Scheherazad’ (EFS) explores the struggle of Muslim women to reclaim their own identity and reverse American myths and stereotypes of the Muslim world, especially Muslim women. In doing so, Kahf alludes to Muslim Women’s forebears, such as Asiya, Mary, Balqis, Khadija, Fatima, and Scheherazad. Scheherazad, the Queen and the story teller in ‘One Thousand and One Nights’, is a hero for Muslim women as she successfully revered the King’s physical violence into magnificent stories, which made the King wiser in understanding humanity. Continue reading 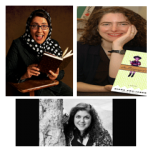 By exploring the heroic stories of American-Muslim women, who also represent other marginal groups, we gain a better understanding of how these groups have not only suffered from white mythologies from the periods of European colonialisms and American imperialism, but also have struggled to seek social justice and equality. And with the better understanding of these women’s struggles, this short series aims to contribute to discussions concerning American-Muslim literature, which explores both melancholic and convivial stories of marginal groups in order to reveal what it means to be American citizens of Muslim descent. Continue reading