It is nearly a century since Zora Neale Hurston wrote Barracoon, an ethnography of Cudjo Lewis, the Alabama man believed to be the last living African enslaved in the United States. On May 8 Lewis’ story became widely available to the public for the first time. To mark this historic occasion, and to commemorate the life and works of Zora Neale Hurston – a central figure of the Harlem Renaissance, African-American folklorist and ethnographer, and one of the most significant women writers of the twentieth century – USSO has commissioned a series of articles on any aspect of Hurston’s life, her art, her anthropology. This article is the second in the series. Continue reading 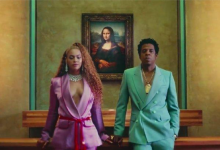 On 16 June 2018, Beyoncé and her husband Jay Z released their latest and joint album, Everything Is Love, exclusively to Jay Z’s music streaming service, Tidal [1]. The album quickly became the subject of discussion among cultural commentators and mainstream media around the world, who largely saw it as the final… Continue reading

Throughout October 2014 U.S. Studies Online has published a series of posts by U.K. and U.S.-based academics of all levels in honour of the UK’s Black History Month. This is a round-up of the series all in one place. Continue reading 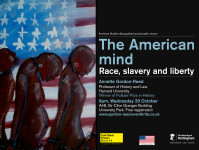 At the University of Nottingham, the month of October has been punctuated by a series of events, lectures and screenings relating to Black History Month. Postgraduate Hannah Jeffery has reviewed the series in the first ever Series Review for U.S. Studies Online. In this post she explores Black History Month not only as an opportunity to heighten awareness of black history and educate the public about the past, but Black History Month as a practice of institutions and professional organisations. Continue reading 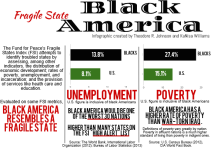 As it reaches the end of the UK’s Black History Month the U.S. Studies Online editorial team have rounded up some of the our favourite BHM posts on the web.

Check out our must-reads, and let us know yours! Continue reading 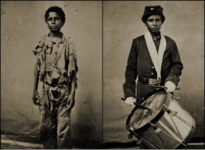 The wearing of a military uniform symbolises the desire to prove one’s worth as a citizen. There were few other ways in which African Americans could gain a platform from which to prove their equality with white men, and to earn their right to citizenship in the post-war United States, than through honourable action carried out in the midst of great national suffering. This is especially so considering the prior use of African American manpower to act as cooks, teamsters and burial workers for the military. These portraits provide undeniable proof of military service, and as such the uniform and weaponry included in these photographs transcend being merely destructive armaments and become tools for the attainment of equality and freedom. Continue reading 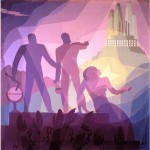 Aaron Douglas paved the way for a greater appreciation of the black arts in many ways. He responded to the call of philosopher/author Alain Locke who advocated that visual artists look to Africa for inspiration. Douglas did this but in his own particular style. He is credited with marrying African themes to a modernist aesthetic combining Art Deco’s geometric sensibility with Cubism and Orphism, and humanism with Christianity. Though he taught at Fisk University from 1937 until he retired in 1966, Douglas is considered by many the “father” of the Harlem Renaissance. Continue reading 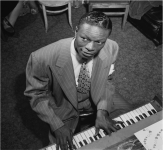 Las Vegas was so strict in its segregation policies that it was known as the “Mississippi of the West.”[i] It was, after all, a town built on tourism and to allow blacks in was to affront white tourists from strictly segregated regions. This post looks at the ways that three well-known black entertainers challenged the segregation policies of big hotel casinos in 1950s Las Vegas. Harry Belafonte, Lena Horne and Nat King Cole each won the right for themselves and their musicians to become guests of the establishments. At the same time, the post asks whether the triumphs of these celebrities can be regarded as true civil rights victories, or whether they are simply indicators of individual star status. Continue reading 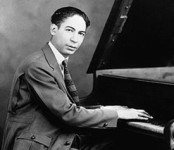 The most famous Dozens recording is the 1938 recording performed by Ferdinand Joseph LaMothe, known professionally as Jelly Roll Morton, the self-proclaimed inventor of Jazz music. This concept of taking an African-American oral tradition and putting it to music is a time honored tradition that continues until this very day. The utilization of rhyming mechanisms and swift off the cuff lyrics needed during bouts of The Dozens was easily transferred into the linguistic styles utilized by MC’s during rap battles in the early days of the Hip-Hop era. This makes it clear then that The Dozens, as Elijah Wald writes, is “Rap’s Mama”. Continue reading