International experience has become a prerequisite for success in academia – but depending on how you look at it, this can be exciting and terrifying in equal measure. In the second interview of this series, I talk to Dr. David Bosold of the John-F.-Kennedy-Institute Berlin about transatlantic relationships, career development, and dreams of meeting US footballers. Continue reading

‘My Research’ is a new feature that aims to introduce and summarise the research of Postgraduates and Early Career Researchers within the field of American and Canadian Studies. Sit back, and get to know some of the craziest, challenging, and rewarding places researchers have been taken to… Continue reading

International experience has become a prerequisite for success in academia – but depending on how you look at it, this can be exciting and terrifying in equal measure. I’m launching a new USSO series about how to take your research across borders, talking to representatives of those institutions and programs that can help PhDs and postdocs build an international profile. The Terra Foundation for American Art is my first interview partner. Continue reading

In this post, PhD candidate (University of Exeter) Alice Levick shares her experiences from her research trip to New York where she went looking for Moses. Robert Moses, to be precise, the hugely influential public official responsible for so many of New York’s most enduring urban developments. Continue reading

Steven Parfitt draws upon his experience collaborating between the American Studies and History Departments at the University of Nottingham to explore some of the best ways you can make lasting cross-departmental connections. Continue reading

Having been awarded funding through the AHRC International Placement Scheme, I arrived in Washington DC in early October 2014 to begin research in the Muriel Rukeyser Papers held at the Library of Congress. Rukeyser’s diary and notes from Spain at the Library of Congress furthered my understanding of how the article was produced. The sense of speed that characterised ‘Barcelona, 1936’ was even more evident in her diary, which she wrote in short phrases, punctuated by dashes as though she was keen to capture events as they unfolded. As well as her diary, the archive contains lists, maps, sketches and even another passenger’s diary from Spain. I had a sense that Rukeyser had chosen a camera-like aesthetic but the archive revealed just how far Rukeyser had gone to document what she had seen. Continue reading 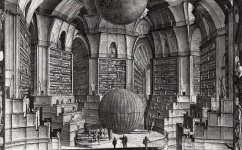 In SHAW’s second post in their series, Charlie Jeffries shares her experiences of embarking upon a PhD about the US in the UK and gives practical tips for others thinking of doing likewise. Continue reading 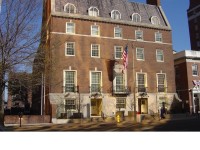 When I began my PhD in January 2013, I knew that a significant part of my research requires archival materials that are mostly based in the USA, in particular the renowned Beinecke Rare Book and Manuscript Library at Yale University. I will not lie; the opportunity to do archival work in the States and at Yale University was not only exciting and inspiring but also unbelievably unreal. Continue reading

Providing a first hand synopsis of the 2014 HOTCUS Postgraduate and Early Career Workshop, Tom Bishop shares the invaluable advice from senior historians on several uncertain areas for postgraduates: they address, amongst other things, applying for jobs in the U.S. and U.K, the advantages of publishing with smaller presses, and how to engage the public with history through digital spaces and museums. Other panels include: surviving the interview process, grant capture and life outside the academy. Continue reading

In April 2014 Rachael Alexander was elected as the Postgraduate Representative for the British Association for American Studies. One month later Michelle Green spoke to her about her manifesto, what she thinks are the biggest challenges facing postgraduate students at the moment, and how we can all help. Continue reading