In June 2017, Dr Craig Doughty completed a PhD thesis entitled ‘Constructing a history from fragments: jazz and voice in Boston, Massachusetts, circa 1919 – 1929’. This work applied an interdisciplinary methodological approach that incorporated musicology and subaltern studies. The focus was on the appropriation of jazz music produced by underrepresented blacks in Boston during the period into a form of protest dialogue. ‘Can the Subaltern Play’ seeks to broaden the research scope of Doughty’s PhD thesis by focusing on the period 1910 to 1949.  In doing so, it will  present the possibility for comparison with the social, cultural, and economic dynamics discussed in his original work. Additionally, this research provides a suitable opportunity to advance Doughty’s proposed methodological approach to historical reconstruction over a longer period, and in doing so ascertain to what extent the social and cultural dynamics of black Boston changed from the turn of the century to its mid-point and the causes for these changes.

One of the most interesting developments in contemporary subaltern studies has been its growing engagement with culture, particularly music. In 1988, Gayatri Chakravorty Spivak, in the context of postcolonial research, asked, ‘Can the Subaltern Speak?’[1] which, through its focus on agency, inspired greater inclusiveness and self-critical research on the other, life on the margins, and unheard peoples. Since then, many scholars have engaged with the political consequences of Spivak’s question and used her essay as inspiration. In particular, media scholars including Emma Baulch, Rebecca Romanow,[2] and Anne Schumann are now asking broader and somewhat heterogenous questions about protest and resistance in the lyricism and vocalisations found in heavy metal, folk, and American hip-hop music. This work is done through the fusing of subaltern studies, comparative cultural studies and anthropological perspectives on musical play. Through an interdisciplinary approach to interpretation that draws on historical reconstruction, musicological close-listening, cultural poetics, and audial discourse, my current research project asks, ‘Can the Subaltern Play?’ In doing so, its objective is to locate and interpret notions of ‘voice’ – i.e., a metaphorical language of protest and resistance – present in instrumental jazz music produced by black musicians in Boston, Massachusetts between 1910 and 1939.

Jazz music continues to develop within the cultural environment that surrounds it, but these environments are rarely fixed. From Saint Louis’ Ragtime to New Orleans’ Dixieland and all the way to New York boogie-woogie and beyond, jazz has been defined by the geographic locations in which musicians have cultivated distinctive musical styles. In doing so, these musicians, including Sidney Bechet, Duke Ellington, and Langston Hughes, have in turn contributed to the mythologies of certain cities and epochs. This dynamic is particularly relevant in the context of the Jazz Age (1919 – 1929). This is a period when musicians in New York, Philadelphia, Chicago, Los Angeles and Kansas City fostered and appropriated ragtime, Dixieland, and jazz styles that had been developed by Buddy Bolden, Joe ‘King’ Oliver, Kid Ory and many more in New Orleans between 1902 and 1918. As such, these cities feature prominently in the context of Jazz Age-narratives. 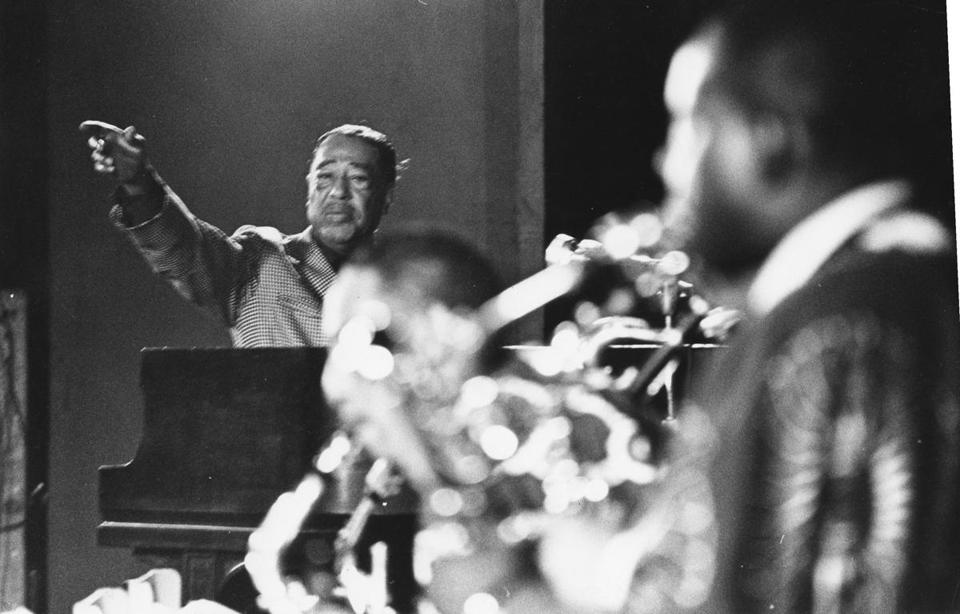 By contrast, Boston, Massachusetts is rarely mentioned in the chronicles of jazz history. The city is perhaps best known as a place where the music flourished in the post-Second World War-era haze of fading swing bands and rising bebop culture. Richard Vacca’s 2012 work The Boston Jazz Chronicles,[3]  described as ‘the first book to document the city’s active jazz scene at mid-century’ focuses on the years 1937 to 1962 and is a testament to this.[4] Before this time, however, the history of jazz in Boston had been significantly underwritten. There is no work that addresses the music in the city during the twenties, while in addition the broader cultural context of the period is similarly untouched. In many ways, Boston jazz exists as a rich history in fragments. These fragments consist of passing references and brief insights in general works, autobiographies, and media sources, yet when pieced together they form a mosaic that reveals a unique period in the city’s history.

However, fragmentation is part of a broader problem with black Boston history. For insofar as black Boston heroes of Independence, abolition, and the Civil War such as social-reformer, orator, and writer, Frederick Douglas have been venerated and make up important aspects of the city’s memorial landscape, the historical experiences of black Bostonians in the ensuing decades, and especially those in the first half of the twentieth century have received scant attention. In short, neither scholarly tomes nor historical markers have addressed in depth the intriguing struggle of black Boston’s development beyond the struggle for abolition. Thus, this research seeks to firstly, contribute to a history that is lacking recognition, and secondly, through a nuanced methodological approach, broaden and further enrich the ongoing appropriation of subaltern studies by presenting another inter-disciplinary American Studies project. This project, which focuses on urban, labour, and race, will present overlooked case studies as a means for understanding Black Bostonian social and cultural history to inform a larger US narrative.

Beginning in the 1970s and developing throughout much of the 1980s, musical scholars such as Anthony Newcomb,[5] Leo Treitler,[6] and Edward T. Cone[7] have discussed the parallels between non-programmatic instrumental music and literature in eighteenth-and-nineteenth-century European art music.[8] Such parallels built on the work of E.T.A. Hoffman, who in the early nineteenth century discussed the spiritual and mediated effects of Beethoven’s music. However, whereas Hoffman was principally concerned with sublimity – i.e., the realm of the mighty and the immeasurable – Newcomb, Treitler, and Cone focused more on the notion of classical music as narrative.[9] In this context, music has the capacity to affect, to move, and to conjure an array of feelings at different moments, including serenity or exuberance, regret or triumph, and fury or delight.  Through this, musical composition – notably instrumental composition – has been referred to as ‘extra-musical’, which characterises it in much the same way that poetry is ‘extra-verbal’: i.e., setting a story, a play, an historical event, an encounter with nature, or even a painting program to music.[10] 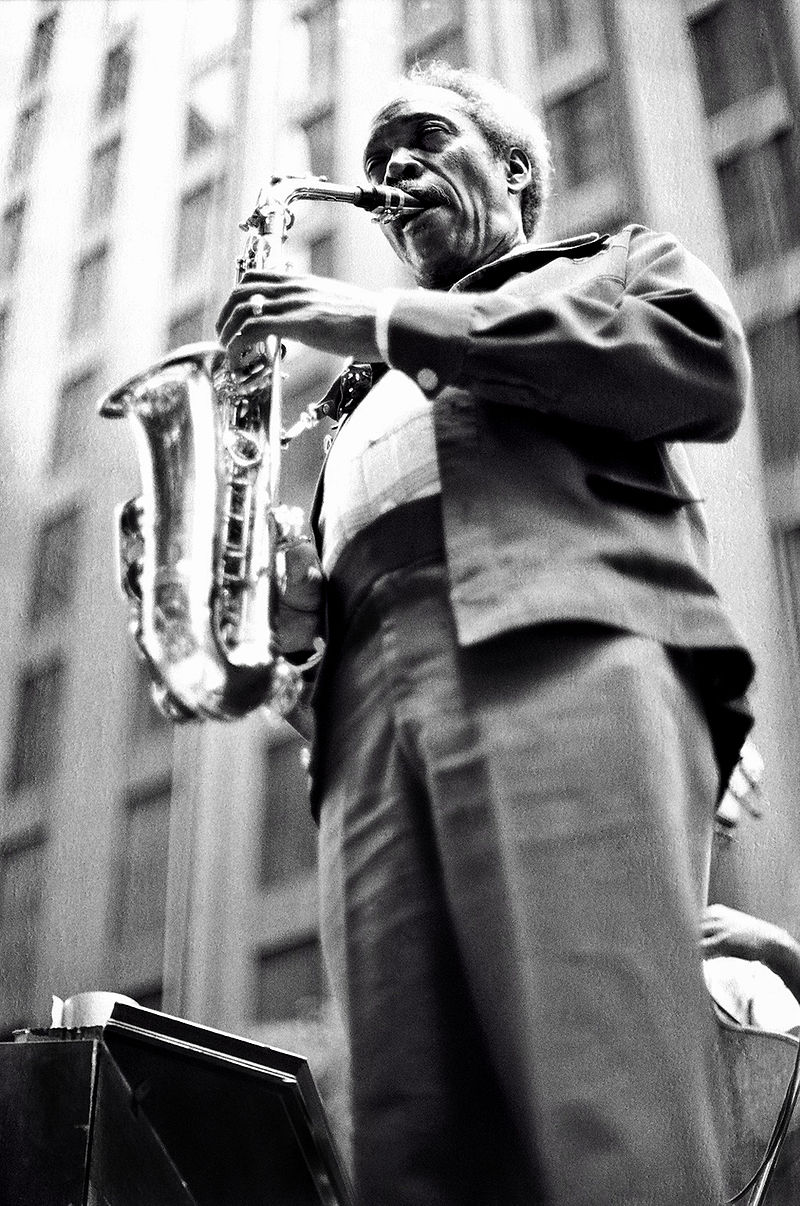 The quest for a greater understanding of this has led Cone, Newcomb, Treitler and others in the 1970s and 1980s to apply linguistic theories to music, which included notions of generative grammar, semiotic analyses, and information theory.[11] This approach has at its core a dependency on the notion that music and narrative both involve a succession of events in a regular order, or rather that music and narrative present events hierarchically.[12] Arguably more important here, is the capacity in this respect, of music to express the often inexpressible.[13] For example, in the sphere of classical music, which shares some similarities with jazz, many of the compositional works of Beethoven, Mahler and especially Shostakovich (see Symphony 8: often entitled ‘the Stalingrad Symphony’, which purportedly serves as a memorial to those killed in that battle)[14] mirrored the panorama of the world around them whilst simultaneously capturing some of the conflicts and resulting changes that underlied great historical events.[15]

Within the context of jazz, however, this approach to interpretation has often been dismissed because the music has as a key element – improvisation. As Sujatha Ganesan notes, ‘the creative activity of immediate (in the moment) musical composition, which combines performance with the abstract communication of emotions and instrumental technique as well as spontaneous response to other musicians’.[16] However, in the context of Spivakian subalternity, which employs a process of metonymisation – the need for academics to modify their own methodologies and perspective(s) to allow for the differences between their (hegemonically-centred) view and that of the (often underrepresented) populations that they are studying [17] -such perceived obstacles become the building blocks of an unconventional but effective approach to  interpreting black instrumental jazz music during the period in question.

This will principally be achieved by amalgamating cultural poetics and subaltern studies to deduce and/or determine the original ideology behind significant historical and biological facts about musicians, resources, and the art they created to establish the contexts in which specific works and their intended communications were devised. In one respect, a principally source-based approach that deals with memory – for example, testimony gathered years after the fact – offers a retrospective smattering of voice over the period. This approach ultimately lends itself more to projecting voice as oppose to locating it. In a broader sense, this is perhaps useful when constructing fragmented histories blighted by severe erasure (for example, history expunged in the course of dictatorship). However, writing a history of Boston jazz from 1910 to 1949 can be adequately achieved by working directly with material from the period. As such, musical recollections, oral histories, and interviews serve as supplementary materials to the music itself, which is considered the truest essence of voice available, and will ultimately affirm that within certain contexts that the Subaltern can indeed play.

[9] Hoffman reserves his programmatic language not for the music’s narrative, bure for its general effect on sublimity. Beethoven’s instrumental music, Hoffman claims, ‘unveils before us the realm of the mighty and the immeasurable.’ including a ‘pain’ in the listener ‘in which love, hope. and joy are consumed without being destroyed’. E. T. A. Hoffmann, E.T.A, Hoffmann’s Musical Writings: Kreisleriana; The Poet and the Composer, Music Criticism (New York: Cambridge University Press, 2003), 97.

[15] Chafe, The Tragic and the Ecstatic: The Musical Revolution of Wagner’s Tristan and Isolde (New York: Oxford University Press, 2008), 24.

[17] The Latin American Subaltern Studies Group: Who is the Subaltern and what is Testimonio?Available:http://digitalunion.osu.edu/r2/summer06/herbert/testimoniosubaltern/index.html.  Accessed: December 21, 2011.

In June 2017, Dr Craig Doughty completed a PhD thesis entitled ‘Constructing a history from fragments: jazz and voice in Boston, Massachusetts, circa 1919 – 1929’ (Keele University). This work applied an interdisciplinary methodological approach that incorporated musicology and subaltern studies. The focus was on the appropriation of jazz music produced by underrepresented blacks in Boston during the period into a form of protest dialogue. Dr Doughty's current research, entitled ‘Can the Subaltern Play’ seeks to broaden the scope of his PhD thesis by focusing on the period 1910 to 1949. In doing so, it will present the possibility for comparison with the social, cultural, and economic dynamics discussed in his original work. Additionally, this research provides a suitable opportunity to advance Dr Doughty’s proposed methodological approach to historical reconstruction over a longer period, and in doing so ascertain to what extent the social and cultural dynamics of black Boston changed from the turn of the century to its mid-point and the causes for these changes.
View all posts by Craig Doughty →
Tagged  Cultural History, History, Jazz, Music, Subaltern.
Bookmark the permalink.