Few musicians, perhaps, have been so closely identified with literature than David Bowie. Marking just over a year since the artist’s death ‘Bowie’s Books’, organised by Professor Richard Canning and Dr Sam Reese, gathered scholars from a variety of backgrounds for an interdisciplinary conference on Bowie’s relationship with literature. The conference didn’t fail to impress, producing a selection of papers which dealt with everything from comparative readings between Bowie’s work and certain genres of literature, to literary influences on Bowie’s life and work. 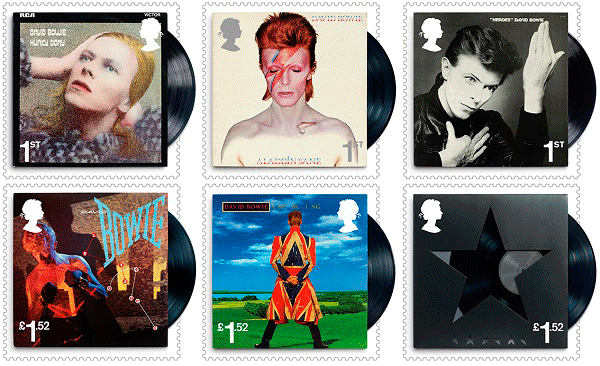 Nathan Wiseman-Trowse (University of Northampton) opened proceedings with his keynote ‘Writing/ Imagining/Using Bowie’. A probing statement made by Wiseman-Trowse’s paper was that Bowie himself functions as a text. This was reached through the use of postmodernist thought, most obviously related to the thinking of Jean Baudrillard and his work on the notion of the hyperreal. In approaching Bowie through this type of thinking, Wiseman-Trowse posed the idea of the cultural immortality of Bowie, as he is maintained through discourses on his work and public life in the media. With the sustainment of these, Bowie’s persona never dies and comes to function as an empty signifier, as something hyperreal. Wiseman-Trowse’s address was a fitting opening to the event, setting the tone for the two-day conference. A number of scholars, despite their diverse range of approaches, were all in some fashion using the persona of David Bowie as a primary text.

Following in this vein, Julie Lobalzo Wright (Warwick University) discussed Bowie’s use of personas through the lens of fan studies to conclude how–once functioning as a text—the personae of Bowie can be best understood in relation to fans and supporters. Wright highlighted how fans can function as contributing authors of the discourses that provide the Bowie personae with its cultural immortality. Taking this further, Wright interrogated the power dynamic with fans and the idea of ownership – with Bowie functioning in this postmodern and hyperreal sense, enabling fans to create their own Bowie. 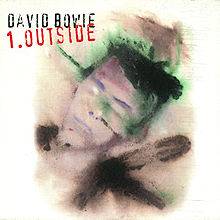 Following on this postmodern approach to Bowie, Ciaran Treacy (University of York) shifted gears to undertake a close reading of
Bowie’s 1995 concept album 1. Outside. Treacy focused upon the paradoxical nature of the album, insofar as it is a narrative album which is inherently postmodern in both structure and style, clear in its fragmented style. Treacy’s explanation and acknowledgment of this paradox was literalised in his use of the term anti-narrative to describe 1. Outside. He attempted to discover the level of intent to decipher whether the anti-narrative of the album was an intentional postmodern statement or unintentional symbol of the frenzied body of work the album was becoming.

Bowie’s specific literary influences formed another major theme of the conference, one which was captured well by the Christopher Isherwood biographer and second keynote speaker Peter Parker. Anchoring his paper around Berlin, Parker gave a comparative account of Isherwood and Bowie’s individual escapes to the city—in the 1940s and 1970s respectively—and the meeting between the two which inspired Bowie’s journey to Berlin. Parker spoke of the freedom that Isherwood and Bowie found in the city and the redemptive qualities of their journeys. Interestingly, one of the unexpected things which remained with the audience, clear in the questions asked following the paper, was the magnetism of Berlin and its rich and diverse cultural history. Indeed, Parker argued, the effect of the city was present in Isherwood’s written accounts and three of Bowie’s albums, all of the latter being recorded there.

Sam Reese (University of Northampton) continued examination of literary inspirations by drawing thematic comparisons between Bowie’s final work Blackstar (2016) and the novel The Sheltering Sky (1949) by Paul Bowles. Reese, a Bowles specialist, provided a close reading of the protagonist Port Moresby, especially his death scene in which the reader is informed of the appearance of a black star. Alongside this, Reese identified similar deployment of the themes of absence and extinction in the two texts, with the dying Port Moresby in the novel and Bowie throughout Blackstar. A comparative reading of the use of the black star image in both Bowles novel and Bowie’s final work resulted in Reese suggesting a similar deployment of the image. Finally, a played recording of Bowles talking on such themes helped to emphasise the similarities between both works, lifting them from the page of the novel and into the room of the conference and adding another, almost spectral, dimension to the paper. 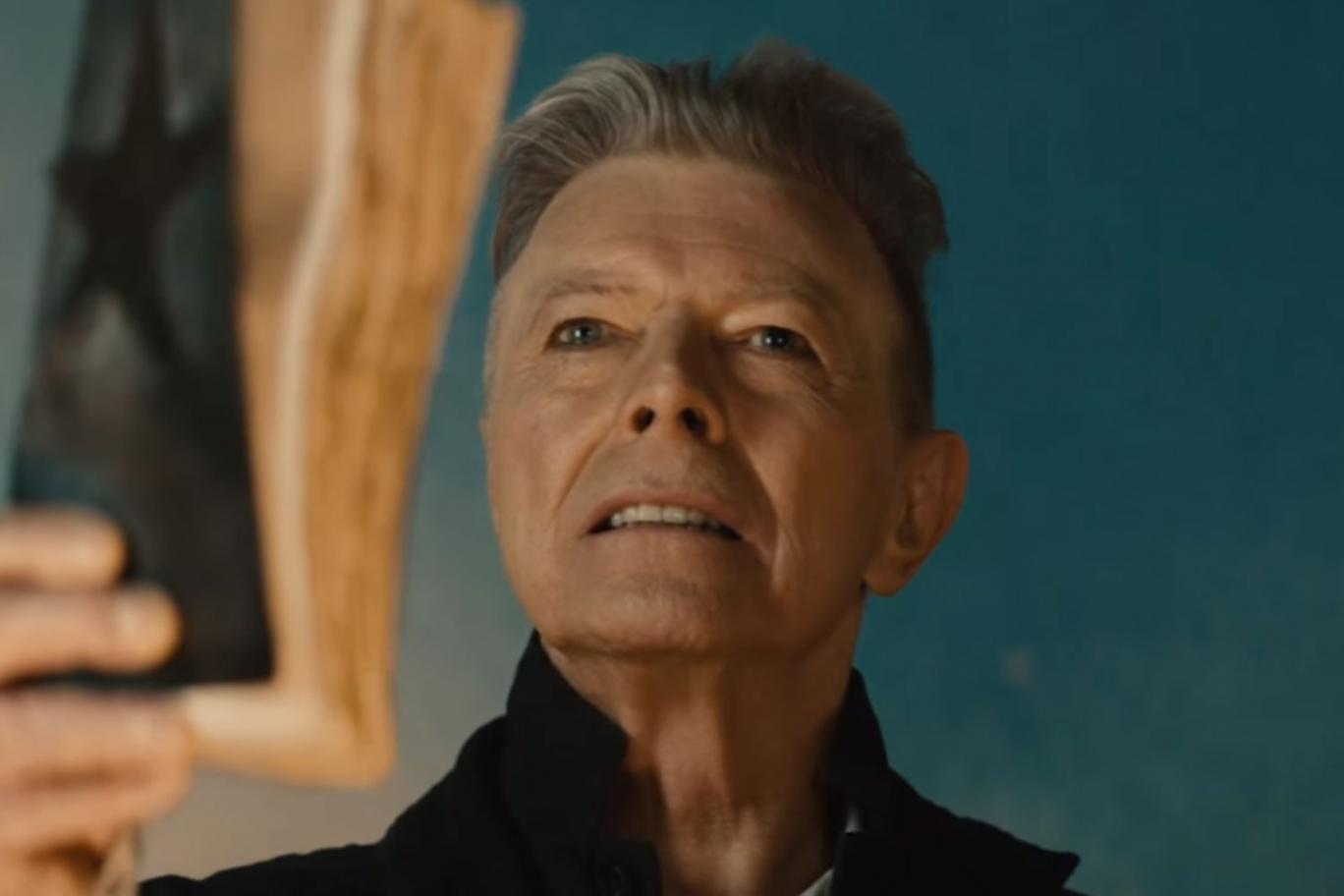 David Bowie in the video for Blackstar

Continuing the focus on literature, Thom Robinson (Newcastle University) focused on two Beat generation novels. John Rechy’s City of Night (1963) and Hubert Selby Jr’s Last Exit to Brooklyn (1964), which both appeared on Bowie’s list of 100 books, were read against Bowie’s bisexuality and gender identity. This questioning of the contemporary representation of gender and sexuality resulted in Robinson’s paper becoming a particular highlight of the conference as he identified both texts as influencing not only Bowie’s personal relation to gender and sexuality, but also its inclusion in his work, especially the American LGBTQI subcultures which both texts are at least partially set in.

Victoria Christine Wiet (Columbia University) furthered discussion on Bowie’s sexuality and gender identity, linking these especially to urban LGBTQI subcultures in New York and London from the 1970s onwards. Wiet provocatively argued, through the established understanding of Bowie’s use of personae as well as his immortal functionality as one in a postmodern sense, that Bowie’s songs contained linguistic departures from mainstream discourse, informed by the vernacular of LGBTQI subcultures. Like Robinson, Wiet uses John Rechy’s novel as a particular example of inspiration for Bowie in using language from these urban LGBTQI subcultures. In her close readings of Bowie lyrics from songs spanning his musical career, Wiet exposes a homosexuality which speaks to a lived experience that goes beyond physical sexual encounters, one which is articulated through a vernacular understandable to members of the aforementioned subcultures.  .

The conference provided, as mentioned, new and thought provoking interpretations of Bowie and his work and to compliment the high level of academic scholarship was an emotive and engaging special performance of the Adrian Berry play ‘From Ibiza to the Norfolk Broads’. The play, which stars Alex Walton, follows the journey of troubled teenager Martin and, how through the life and work of David Bowie, he tries to find his absent father. 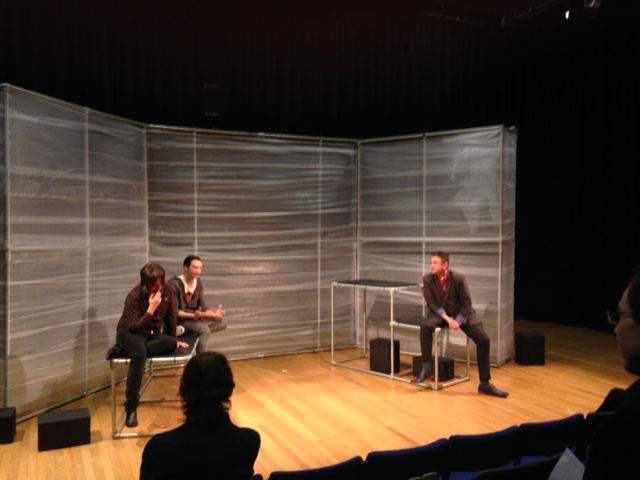 The ability of Bowie’s personae to function as texts themselves, his engagement with literature and literary figures, and finally literature and language’s effect on Bowie’s own identity/s and music, all provided three major identifiable approaches upon which the conference focused.  Attendees were privileged to see David Bowie, his public personae, identity/s and music all analysed in these three pivotal ways, a true testament to the interdisciplinary nature of the conference. To conclude, the conference proved one very obvious fact: that even after his death, the work and influence of David Bowie is still going strong, confirming that he remains as relevant today as when he first appeared.

Anthony Stepniak B.A., M.A is currently studying for his PhD at the University Northampton UK, which focuses on representations of the Wicked Queen in contemporary narratives from a gender studies perspective. He currently has articles going through the peer review process for special issues of both of the International Journal of Fandom Studies on the notion of ‘Queerbaiting’ and Slayage the International Journal of the Whedonverses on ‘Queering the Whedonverses’. Anthony’s primary research areas are contemporary literature and film, gender studies, queer theory and postmodernism.
View all posts by Anthony Stepniak →
Tagged  David Bowie, Gender and Sexuality, Literature, Music, Popular Culture.
Bookmark the permalink.